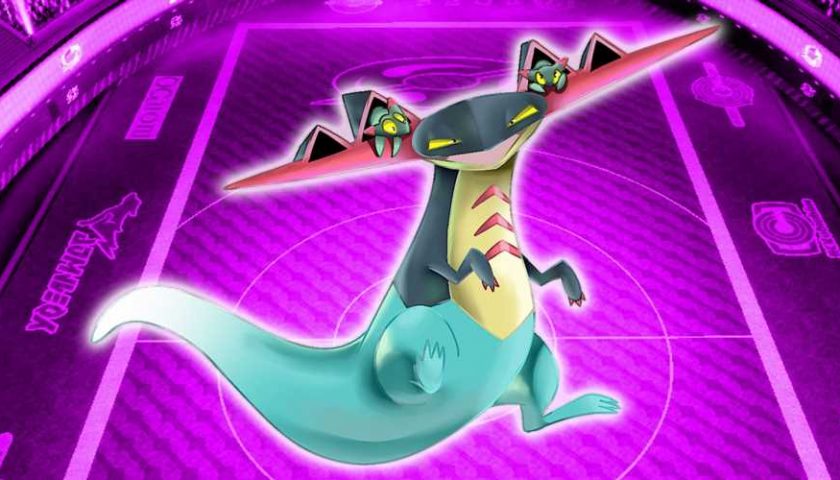 Dragapult joined the Pokemon Unite roster today, along with the usual supply of Holowear offerings. You can buy Dragapult in a bundle with either a Purple Unite Style or Orange Unite Style, depending on your preferred team, but you can also buy a Yellow Unite Style outfit for Dragapult. None of the other Pokemon have a yellow style, and there’s no yellow team in Unite, so what’s the deal? It’s possible we may soon see some kind of three-team game mode, where Orange, Purple, and Yellow teams face off simultaneously. I have a few theories as to what this might look like.

Unite has added a lot of limited-time game modes over the past year, typically in the form of quick battles. During seasonal events you’ll find modes like the Snowball Battle in Shivre City, but there’s also Catch ‘Em mode – a version of Mer Stadium quick matches where you can become any wild Pokemon you defeat – and Boss Rush – a co-op game mode where teams race against the clock to take down a series of boss Pokemon together. There’s a good chance that a three-team mode will take the form of one of these limited-time quick battles too.

Auroma Park would make a good template for a three-team mode because of its open pit-style and scattered goal zones. Rather than pushing a lane back and forth, both teams scatter around the arena and try to score goals wherever they appear. Auroma Park could be slightly adapted with a third base, or a new map that shares its features could be introduced. Any kind of big open area with lots of goals to score on would make for an interesting three-team mode.

Another option could be a true three-team version of Unite’s competitive 5v5 maps. Instead of two lanes with an open jungle area, the map could be triangle shaped with three connected lanes and a large jungle area in the center. Each team would still have two lanes to push, but they’d be fighting against a different team in each lane. Team fights could open big opportunities for the third team to do a sneaky push or even show up at the end of the fight to clean up the survivors, and the big fights in the center of the map between all three teams would be explosive and chaotic. It might be too difficult to balance such a mode for a competitive setting, but it would be fun to see such a unique game mode in action.

Splatoon 3’s new Turf War could also be an inspiration for Unite. Imagine a long map where two teams of five push towards the center from the left and right, while a third team of ten defends from the middle. You’d have to play with the layout and team sizes to find a fair matchup, but that could be another unique option.

There’s also a chance that it doesn’t mean anything at all. The team colors are the cheapest Holowear options, so yellow could have just been added as an additional low-cost option. It’s not unprecedented for Unite to add different colors of the same outfits either. Last year’s $40 Santa Holowear for Pikachu has a blue colorway this year, so it’s possible yellow just exists for yellow’s sake. It is a little strange to release the yellow Holowear for Dragapult without any context or options for other Pokemon, but I think it will make sense with time. Unite is known for its creative game modes, and a three-team mode sounds like a great addition to the game.