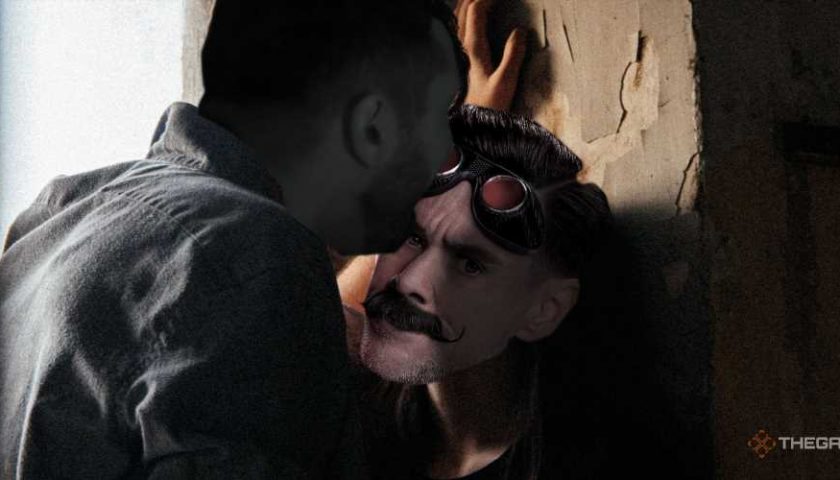 You would hope that I’d be above shipping characters in media primarily intended for children by now. If that’s the case I’m sorry to once again disappoint you because I am back on my bullshit and spent the entirety of Sonic the Hedgehog 2 hoping that Doctor Eggman and Agent Stone would put aside their differences and share a little smooch.

When the first film released before the pandemic took over our lives a small subculture formed around the obvious chemistry between the evil professor and his secret agent minion, both of them clearly taking joy from one another’s company as they worked together to stop Sonic and his companions. Stone made delicious steamed Austrian goat milk lattes on the sidelines while Eggman sent legions of robots after his enemies. A match made in heaven.

They are a wonderful team, and I feel the queer sparks between them are more deliberate than some might think, especially in the sequel which appears to double down on their shenanigans and make them the two primary villains of the entire film. Eggman has spent months stranded on a Mushroom Planet before finding a way home, and the first person he calls for assistance is Agent Stone. It turns out his hubby has opened a coffee shop in Green Hills called The Mean Bean which specialises in drinks designed to please Eggman.

It’s all about goat milk and latte foam art depicting him and his partner in crime getting up to no good. Except this time around the art doesn’t just feature Eggman, but both of them together with a couple of adorable love hearts sprinkled in for good measure. Agent Stone is pining something fierce, and when the call comes in from Eggman to transform his humble cafe into an evil lair he screams to the sky in joy that his master has returned. He is absolutely a bottom or a service top given this attitude, and I’m so here for it.

In the previous film Agent Stone was relegated to the background for much of the runtime, often helping Eggman deliver punchlines instead of playing an integral role in his evil scheme. I think this lack of concrete character development and a breadcrumb trail of queer-coded interactions is what resulted in fans pairing them together. To see Sonic the Hedgehog 2 not only acknowledge this, but double down on it is so wholesome. There’s nothing explicitly canonically queer about these two, but you’d be silly to deny that the filmmakers aren’t having fun with the idea. Agent Stone simps for Eggman and will drop everything to help him, viewing his soon-to-be boyfriend as a charming genius. He must be really horny for the moustaches and cheesy one-liners or something.

When Knuckles the Echidna appears we see Eggman suggest they abandon Agent Stone, declaring him as dead weight who is only good for making lattes and following orders. When his plans are foiled he turns to him and apologises, teaming up once again as they construct a giant mech from the Master Emerald that Stone helps him pilot. He even reads the manual for his partner, doing research and cheering him on even as defeat rears its head. You could probably be overly analytical and label their dynamic as toxic, but I’m just having fun with it.

What’s better is that the film’s ending teases a continuation of their relationship. Eggman seemingly escapes the final scuffle untouched while Agent Stone dons a military uniform to disguise himself and get out of dodge. Paramount has said that it is building a cinematic universe revolving around the Blue Blur, and it has full confidence in placing Eggman and Agent Stone at the centre of each new evil plot. We will inevitably see Shadow the Hedgehog, Rouge the Bat, and other characters join them for temporary bouts of villainy before turning to the good side, but they will always be the stars and that’s amazing.

Paramount should let them kiss in the third film, or continue to have fun with the obvious queer subtext acting as the foundation to their growing relationship. Sonic would likely make a wholesome observation about being supportive of queer rights before kicking his ass. I’m just saying you don’t open a coffee shop dedicated to someone and spend months practising adorable latte foam art featuring both of you if you’re just casual acquaintances. That’s pretty fruity if you ask me. Doctor Eggman and Agent Stone are boyfriends in the making and need to kiss already.