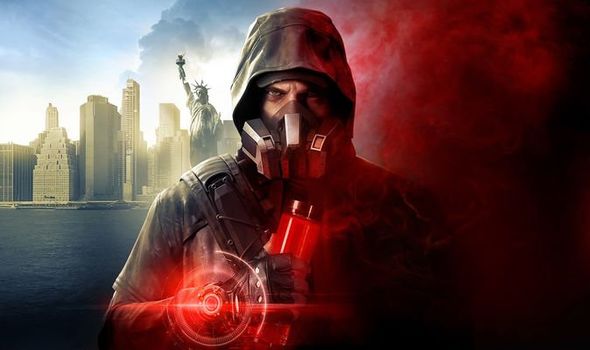 UPDATE 2: The Division 2 is still having a few issues, despite the release of a new update.

The issue appears to be affecting Xbox One owners, who are unable to login because their characters are locked.

“We’re aware of an issue where some players on Xbox One are not able to log into the game as their characters are shown as Locked,” Ubisoft explains.

“The team is working hard to find a solution as soon as possible.

UPDATE: The Division 2 is back online, and much sooner than expected.

Players can jump back into the action once they’ve downloaded an update that fixes the issue of Community Leader NPCs not working.

“Agents, we deployed the fix for the Community Leader NPCs not working and you should be able to continue your hunt for Aaron Keener,” Ubisoft explains.

“We are continuing work on other issues mentioned by our players and please report any bugs or issues you might still encounter.

ORIGINAL: The Division 2 has undergone emergency server maintenance, just hours after the release of the Warlords of New York expansion.

Ubisoft has been forced to temporarily shut the servers down in order to fix a few issues that cropped up following the DLC launch.

The news was announced on Twitter, alongside confirmation about how long the game will remain offline.

“Agents, maintenance is starting in 25 minutes. Estimated downtime is 3 hours. We are still working on the fixes mentioned in the forum post, highest priority is the Community Leaders fix,” reads an Ubi tweet.

The game will be taken offline at 8.30am UK time, before returning a few hours later at 11.30am GMT.

There’s a good chance the game will come back online sooner than expected, although you’ll still have to download an update to play.

As you can see from the patch notes below, Ubisoft has fixed an issue with the “Reach City Hall” objective, as well as a fix for players who get stuck in Trinity Church.

Elsewhere, Ubisoft has fixed a problem that prevents players from interacting with Community Leader NPCs.

This is alongside additional backend improvements to prevent ECHO errors.

The Division 2 emergency update patch notes for PS4, Xbox One and PC…

• Fixing an issue that prevents the objective “Reach City Hall” of the WONY introduction mission from updating and teleporting players to a different location.

• Fixing an issue that causes players who quit the helicopter cinematic to get placed into and stuck in Trinity Church.

• Fixing an issue that prevents players from interacting with Community Leader NPCs.

Once fans have downloaded the latest Division 2 update, they can jump back into the Warlords of New York expansion.

As the name suggests, The Division 2 Warlords of New York transports players back to the Big Apple.

The Warlords of New York map includes parts of Lower Manhattan such as the Two Bridges, Chinatown, and Wall Street.

The story revolves around former Division agent Aaron Keener, who went rogue after being left behind in the Dark Zone.

“In Tom Clancy’s The Division 2 Warlords of New York, Division Agents will go on the ultimate manhunt for Aaron Keener, a former Division Agent who has now gone rogue,” reads the official description.

“Keener, along with his network of Rogue Agents, is now a major threat to the burgeoning rebirth of civilisation.

“To get to Keener, players must take down each of his Rogue Agents. Each Rogue Agent has their own unique back story and skill – which you gain once you take them down.”