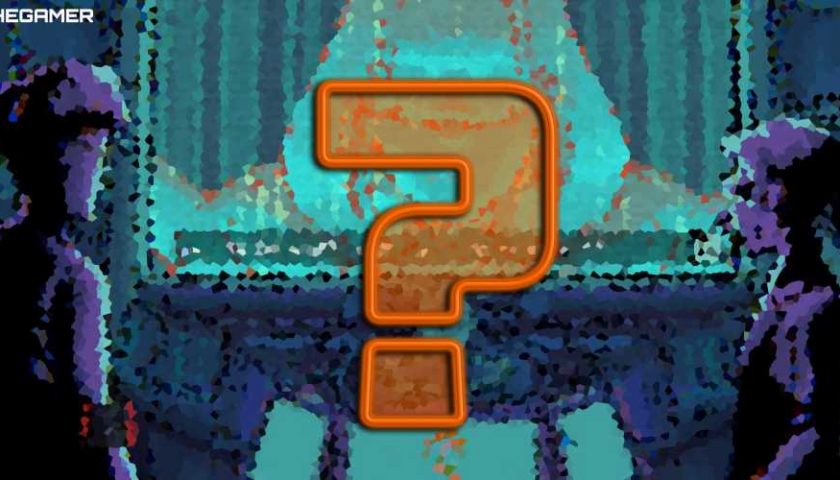 There is a multiverse of possibilities you can create telling fortunes in Divination. Some of these futures are calm and uneventful. Others result in death and destruction. However, only one path reveals the truth behind Mother's demise and the contents of "The Last Wisdom."

As exciting and intimidating Divination's mysteries sound, they're also tedious to discover. It can take dozens of playthroughs to find the correct path to the true ending. In addition, some predictions are so detailed that one could miss them without realizing it. Luckily, we've gone through the trouble to divine a path for you!

Divination's themes include triggering subject matter, such as depression and suicide. Furthermore, the game's true ending is especially graphic. If you ever feel your playthrough experience overwhelming or have thoughts of self-harm, please call the National Suicide Prevention Lifeline at 1-800-273-8255.

If you ever forget, the number appears in the introduction of the game's first session.

How To Get The True Ending: Easy Version 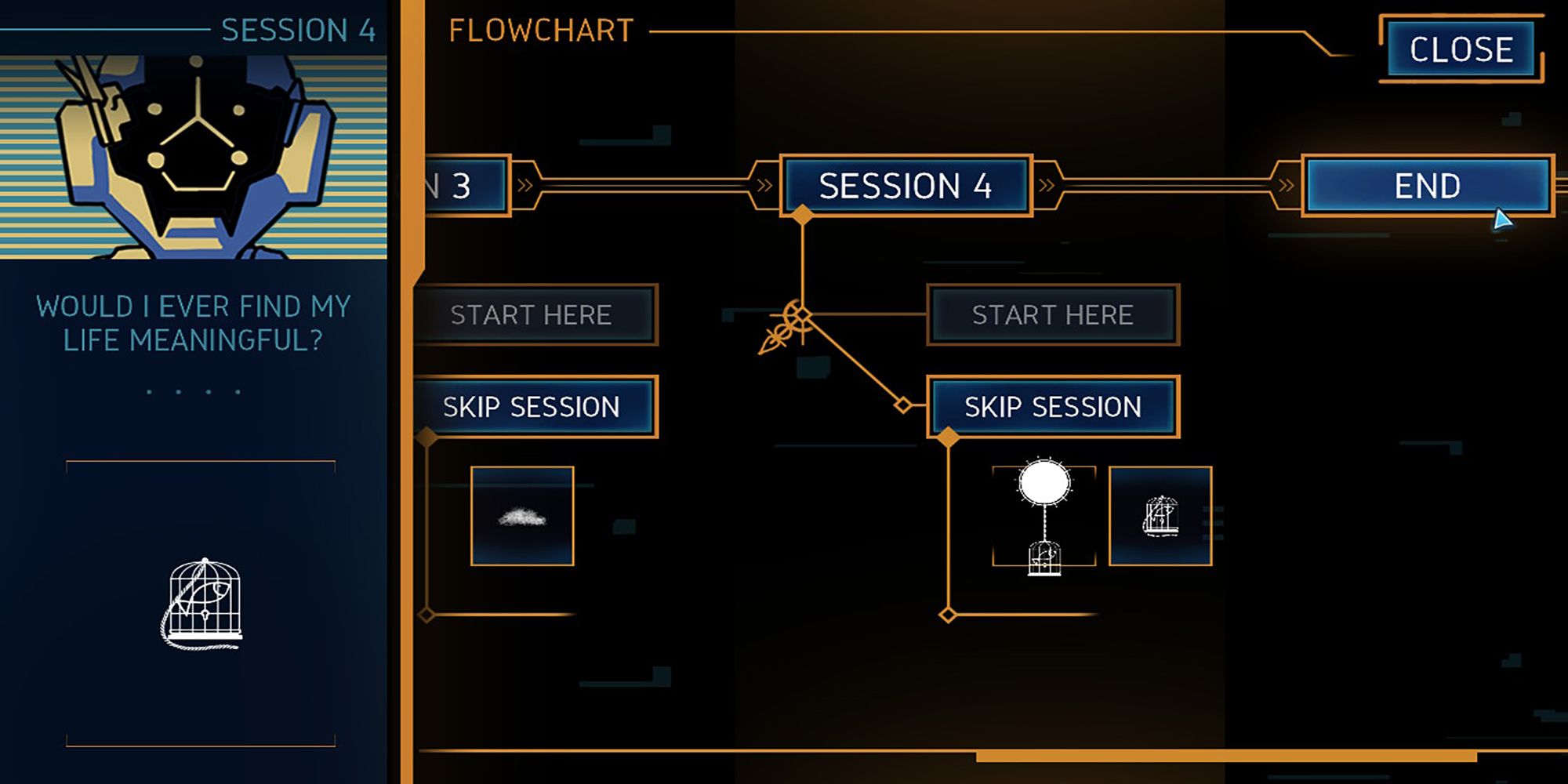 The game's developers have you covered if you feel completely stumped and can't determine which path reveals Divination's true ending. A hidden glitch reveals the true ending without replaying the game. However, you have to play through the game at least once to access the flowchart.

Once you access the flowchart, skip every session, even the last one, to play the end scene. Doing so plays the game's true ending. But, of course, you'll miss several key moments between sessions leading up to the ending. Still, it's a convenient option if you're tired of playing through the story. Furthermore, you can always try replaying the game at a later time if you still want to figure out Divination's master puzzle on your own.

What's The Deal With The Fourth Session's Missing Rune? 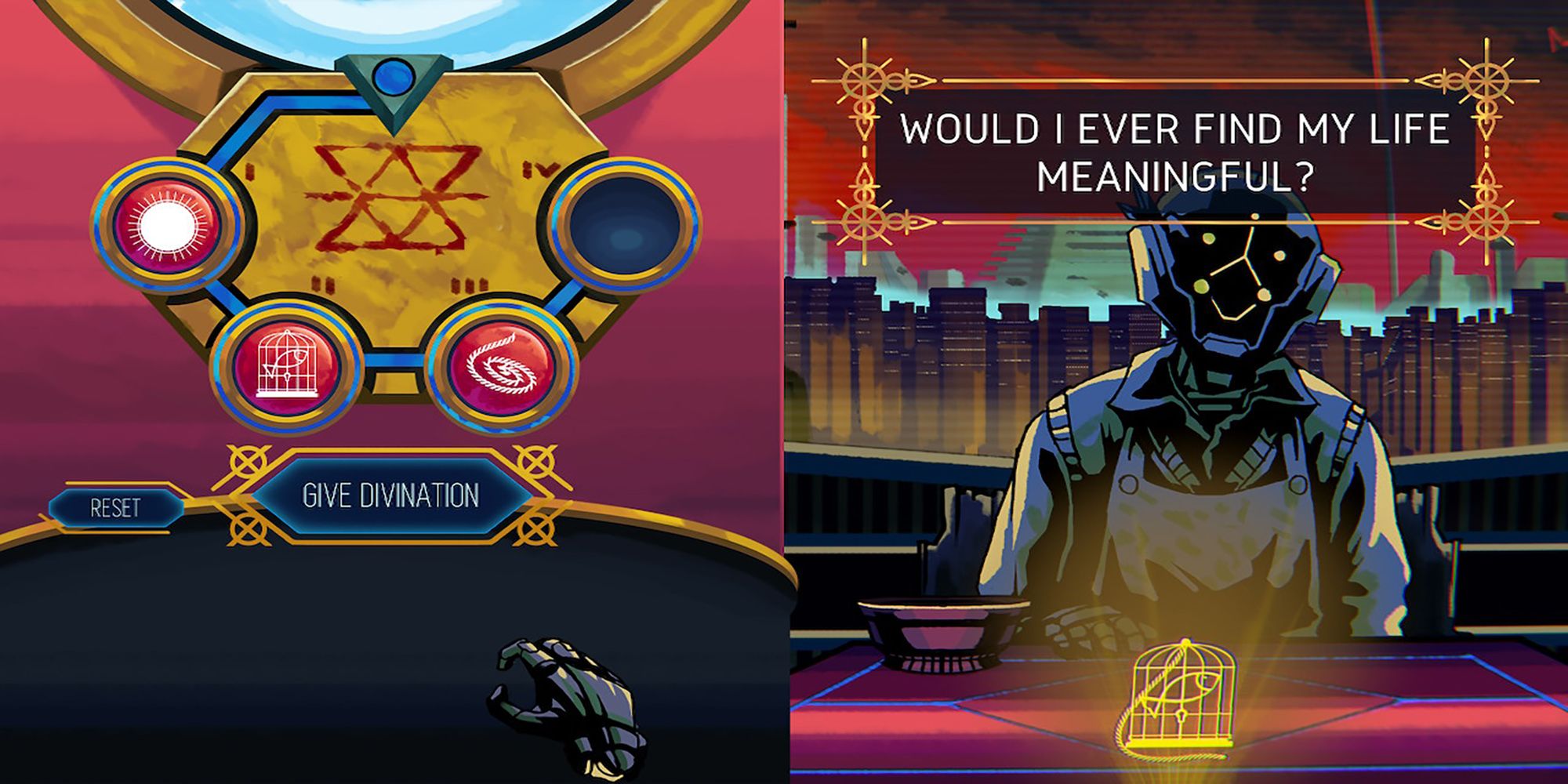 Divination's biggest mystery, which locks the path to the true ending, is a missing rune in the final session. This scene focuses on a robot servant seeking meaning in their life.

You'll notice that the divination board has four open slots. Meanwhile, your client will only give you three runes (unless you have incredible luck). So no matter what order you place them, these three runes (a rope, a fish in a cage, and a sun) generate the same prediction: the robot will not find meaning in their life. Therefore, your goal is to divine a timeline where the client gives you that fourth missing rune (a key).

Finding the fourth missing rune does not automatically ensure the true ending. You still need to create the desired image that generates a prediction that gives your client's life meaning. However, generating an image with the fourth rune that predicts an unfulfilling life also unlocks intriguing alternate endings. 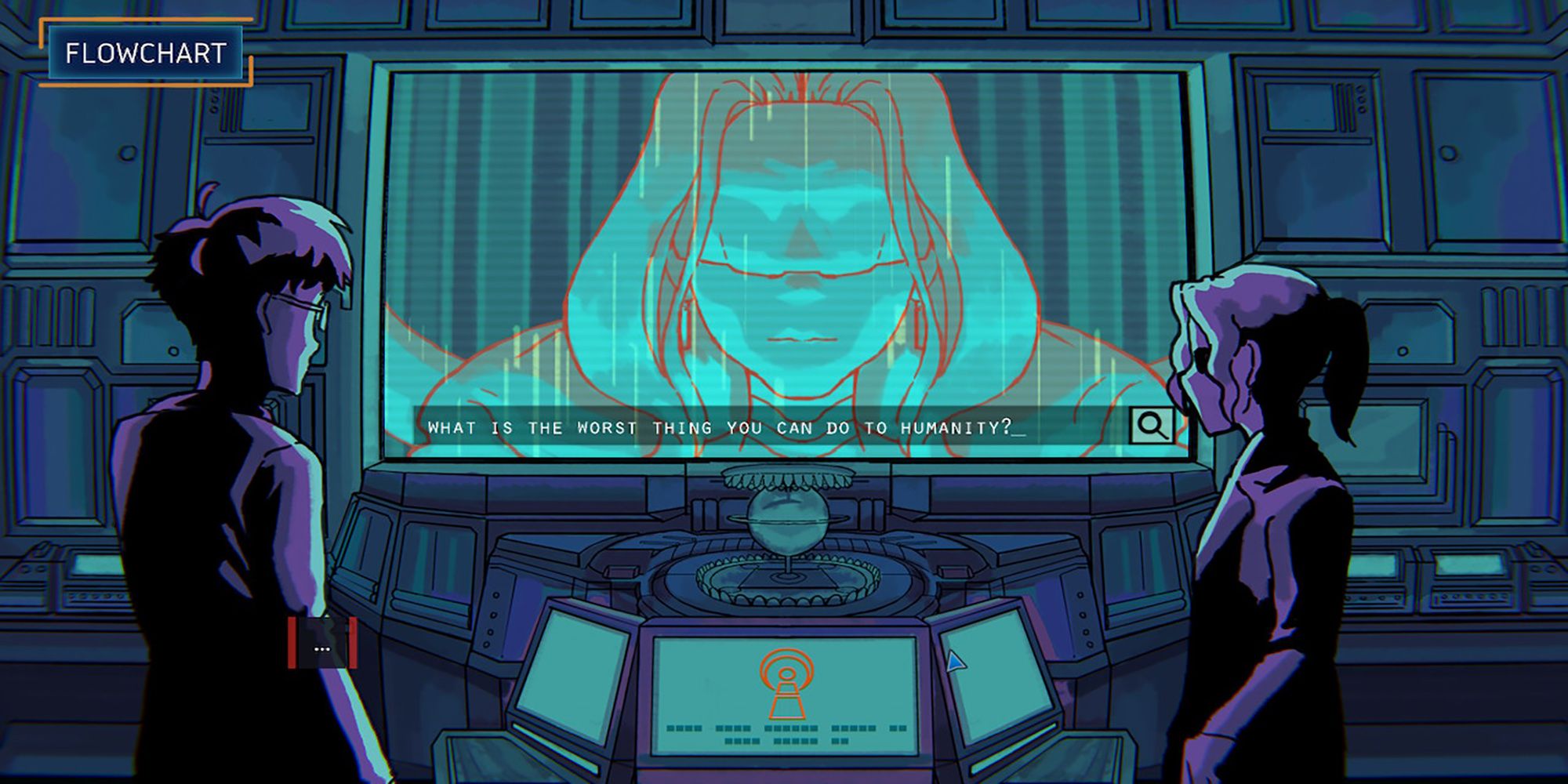 If you've read this far and thought, "get to the point already," this section is for you. We've compiled a no-nonsense cheat sheet describing each correct divination to get to the true ending. 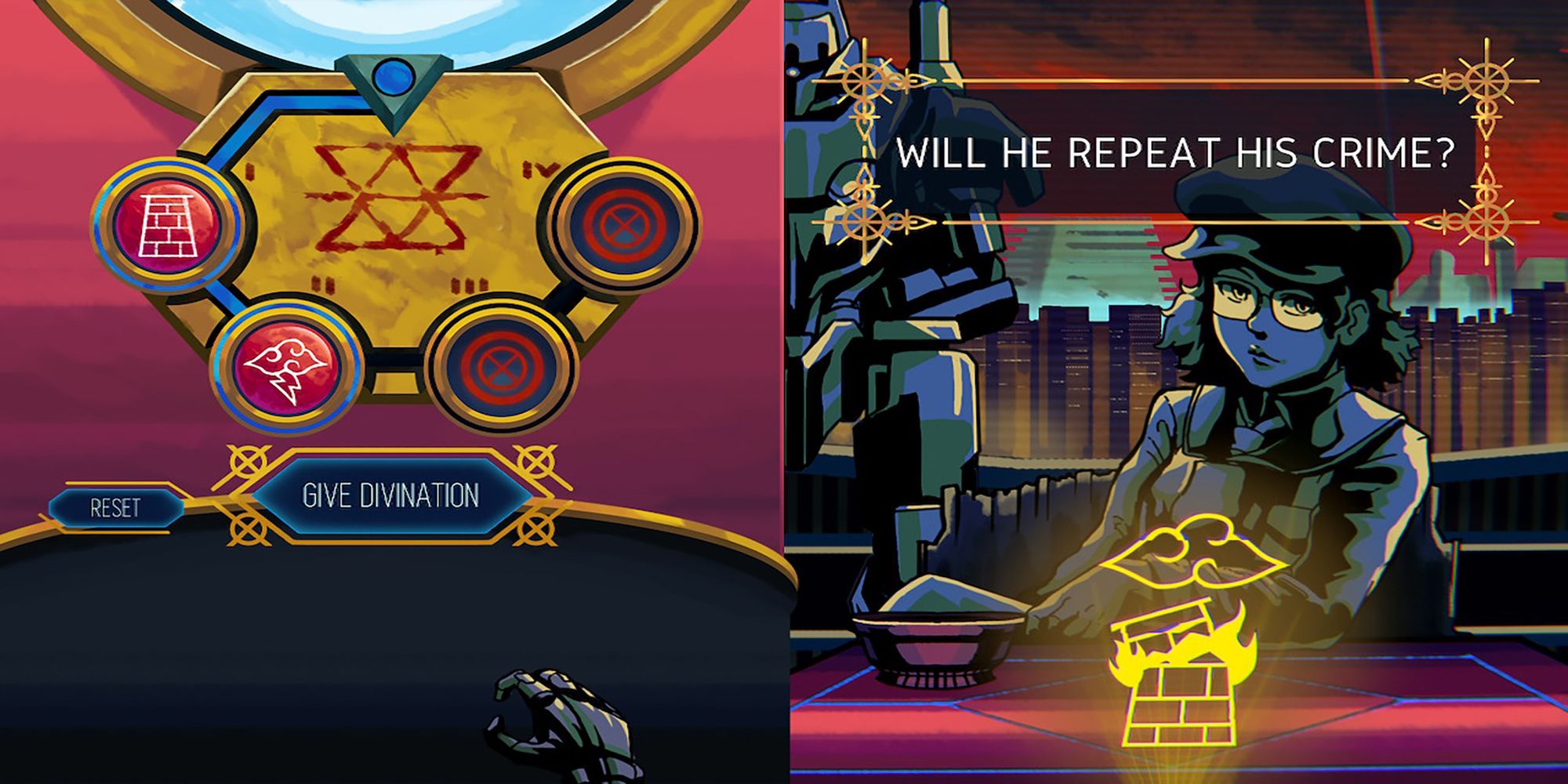 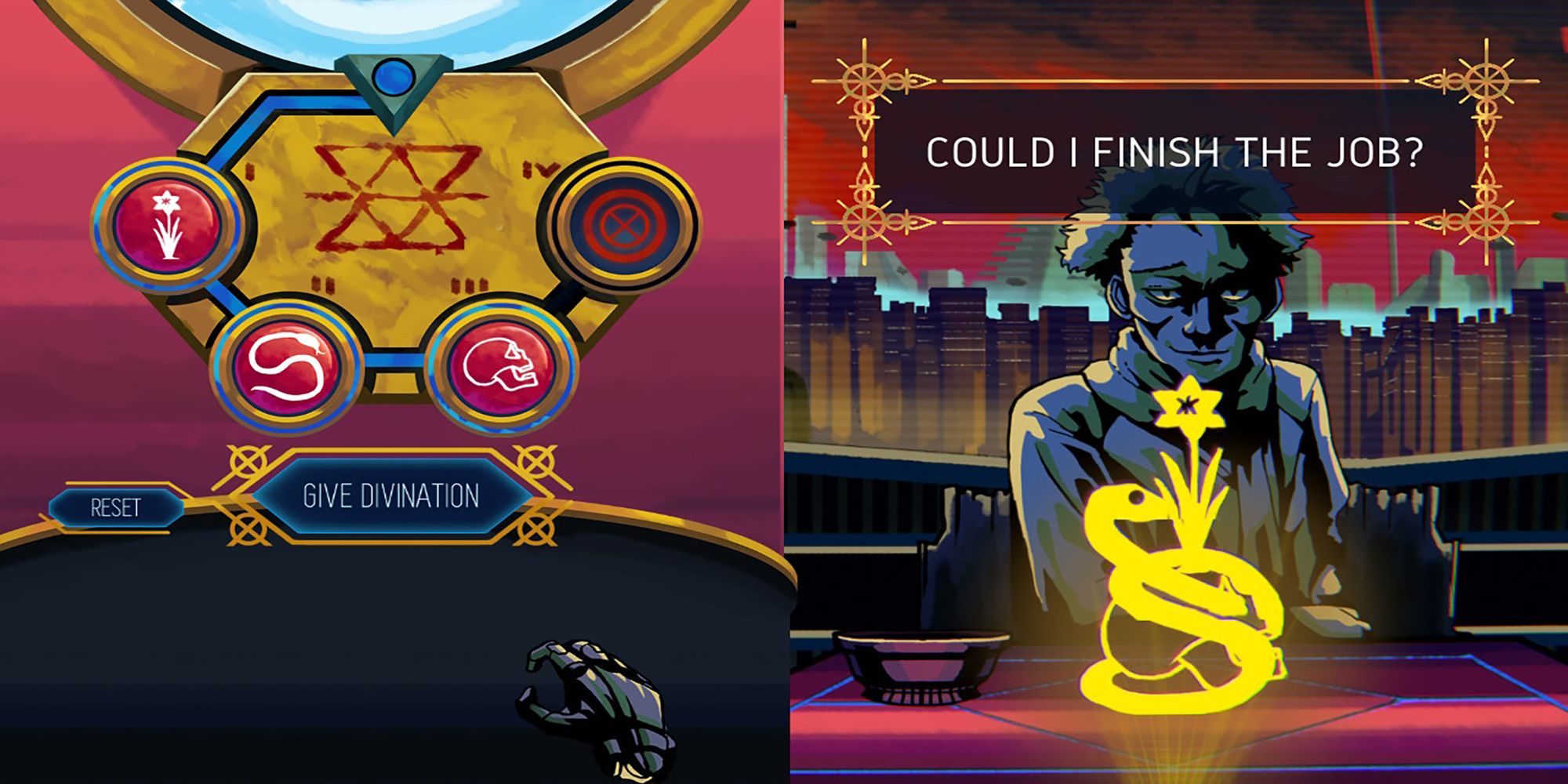 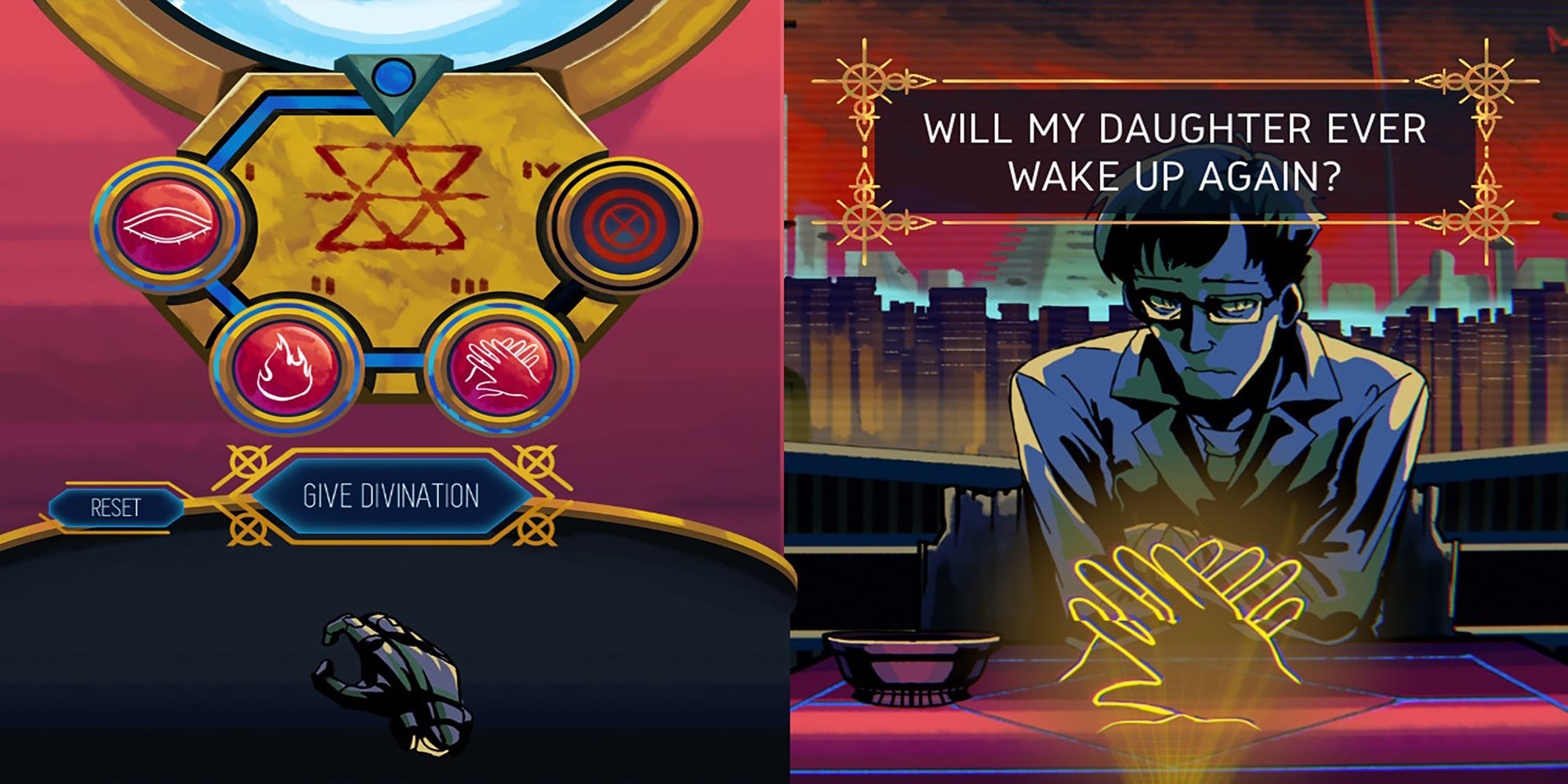 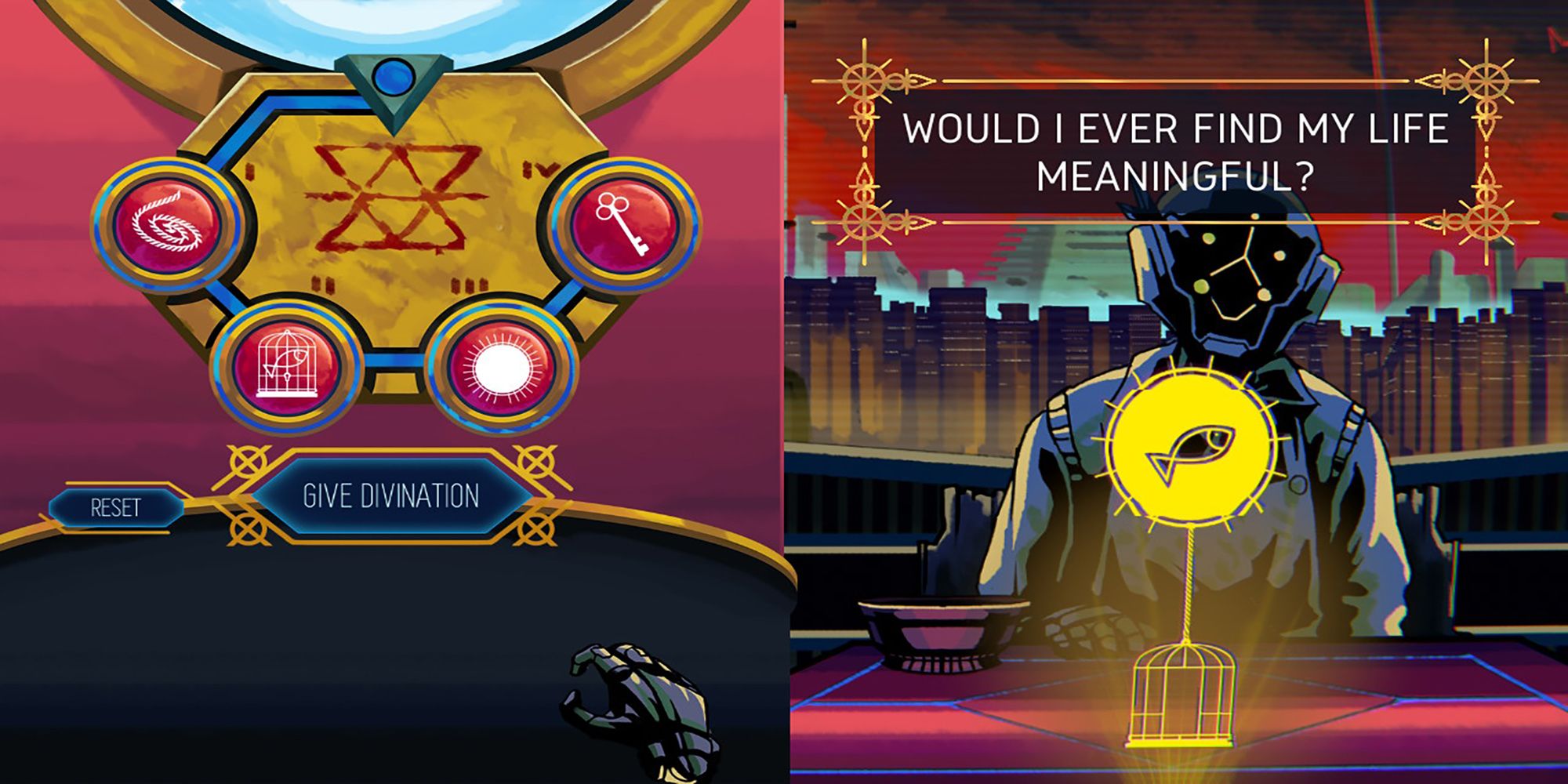