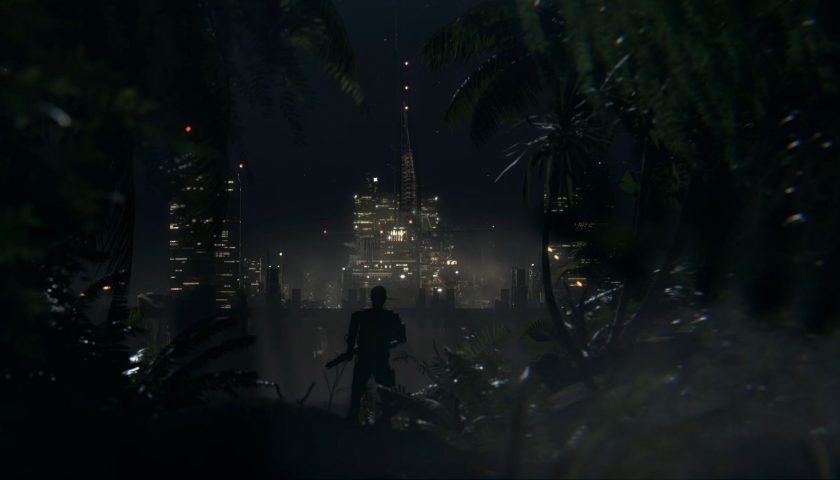 Gunzilla Games has just announced details on its first game. Off The Grid, or "OTG," is "an all-new AAA Battle Royale third-person shooter" coming to current-gen consoles and PC in 2023.

Off The Grid is Gunzilla’s first game, which has been in development since last year. The studio hired District 9, Elysium, and Chappie director Neill Blomkamp last summer as its "chief visionary officer," a role Blomkamp himself described as "an egalitarian version of being a film director." Blomkamp promised to provide a narrative foundation for Gunzilla's game world, which at the time was believed to be a near-future sci-fi setting.

Today, we’re finding out that setting might be slightly more futuristic than first thought. A trailer released reveals a soldier with fully robotic legs stalking through a jungle, eventually flipping out a wrist blade to chop his way through the dense growth. He eventually makes his way to a bluff overlooking an urban area where high-powered autocannons are firing at an unseen aerial enemy.

The whole thing just screams cyberpunk dystopia, which is exactly how Gunzilla describes Off The Grid.

Besides the setting, we also know that OTG will feature massive battle royale matches with up to 150 players. It’ll also feature PvE storyline missions on the same map as the larger battle royale fight, and that map will be inhabited by other players. "Players have the freedom to control how the hard-boiled story unfolds," writes Gunzilla, "with each decision made directly impacting everyone’s gameplay."

Players can craft, customize, and trade in-game items with each other when they’re not fighting for map supremacy. The game will use the Unreal Engine 5 as its base.

"With OTG, our ambition is not only to create the Battle Royale 2.0 by adding deep player progression, but to build an evolving world designed to take on a life of its own, changing in unexpected ways each time a player rejoins the game," said Blomkamp in a statement. "With an innovative approach to the Battle Royale core session flow and a deep narrative experience, we add purpose to each element of the game, allowing players to revisit the OTG world repeatedly where there is always something new to find and explore, and for us to expand upon."

Off The Grid didn’t offer a release window, but did say that more details will be coming in the months ahead.