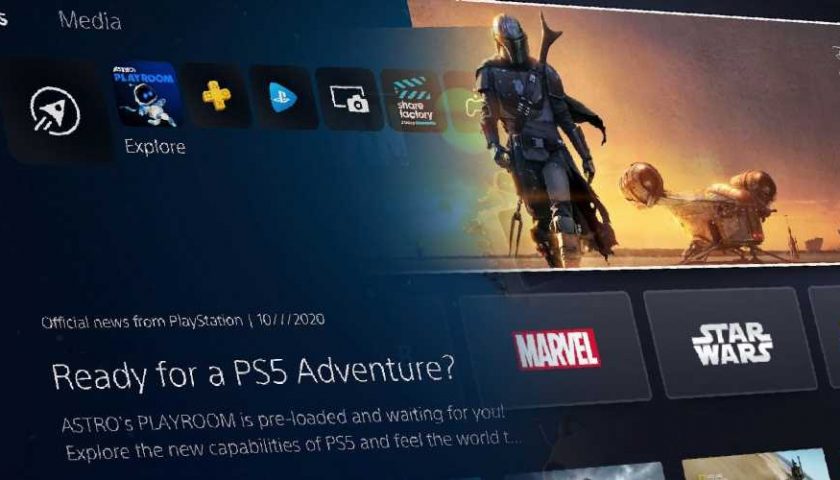 Disney Plus seems to be getting a native PS5 app, which should allow for 4K streaming.

The PS5 has had a Disney Plus app available for download ever since it first launched, but it's not been without its issues. Despite being on stronger hardware, the app itself wasn't a native PS5 version and was the same as the one released for PS4. Most importantly, this means that the PS5 version of the app doesn't allow for 4K streaming and caps playback at 1080p, despite being updated back in September to display when films and TV shows can be streamed at 4K.

Many PS5 owners have reported this issue since the app was initially released, but nothing has been done about it so far, and Sony has remained quiet both on the issue and the prospect of a native version of the app. It seems that one isn't too far off, however, as an app codenamed "Vader" has been found on PSN that seems to point to one coming soon.

Redditor the_andshrew shared several images of the app appearing in the PlayStation Network's database on the GamingLeaksAndRumours subreddit. The first image shows the Disney Plus app with the word "Vader" across the top-right side of it, while the second shows the background image that displays when you hover over the app.

Alongside being added to the PSN's backend and having several app photos, codename "Vader" also has both a TitleID and ConceptID. This seems to imply that development on the app is nearly finished and that it'll be made available for download soon.

It's worth noting that there's no outright confirmation that the native PS5 version of the app will have 4K streaming, as no specific details are mentioned in the app's data. It seems like the most obvious thing for a native version of the app to fix, but it could also introduce some PS5-specific features that the PS4 version of the app can't do, like supporting HDR and Dolby Audio.