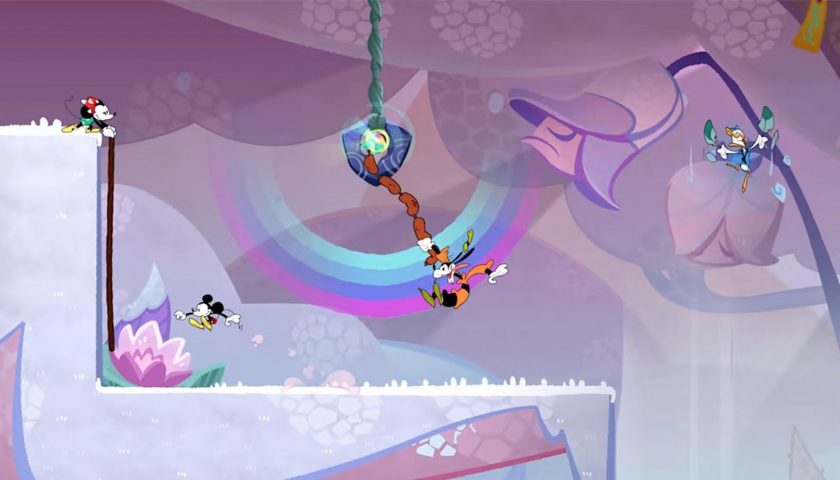 Disney Interactive Studios has been a thing of the past ever since the video game branch of the Disney tree was shut down along with Disney Infinity in 2016. However, some eagle-eyed viewers of the Disney x Marvel video game showcase on Friday spotted evidence the studio may well have been revived.

There were a number of Disney projects shown off during the showcase, most of which have already launched or at least been shown before, like Dreamlight Valley and Speedstorm. However, the reveal of Illusion Island was a genuine surprise. Even more surprising is the reveal after the fact that Disney Interactive Studios appears to be quietly publishing the Nintendo Switch exclusive.

As highlighted by CyberWolfJV on ResetEra, the previously scrapped Disney studio can be seen on the Nintendo eShop page for Illusion Island that popped up over the weekend. Clicking the Disney Interactive link on the Nintendo site takes you to its page with other games it has had a hand in previously. The Zombies Ate My Neighbors and Disney Classics remasters.

Those games having Disney Interactive attached as a publisher makes sense as they are remastered versions of games that launched long before the studio was shut down. However, Illusion Island is a brand new title, hence the belief that Disney may well have resurrected its video game arm without any fanfare. There is a chance Disney Interactive had a hand in it before the studio was shut down, however, as Illusion Island appears to be a project first thought up in 2016.

If Disney Interactive is back in business, that could spell good news for more remakes and remasters in the future. Or simply the return of some of its best-loved games on current-gen consoles. Toy Story 2 is part of the PS Plus Premium catalog, hinting that other PS1 classics Disney Interactive had a hand in, such as Hercules and Tarzan, could make it onto the service in the future.