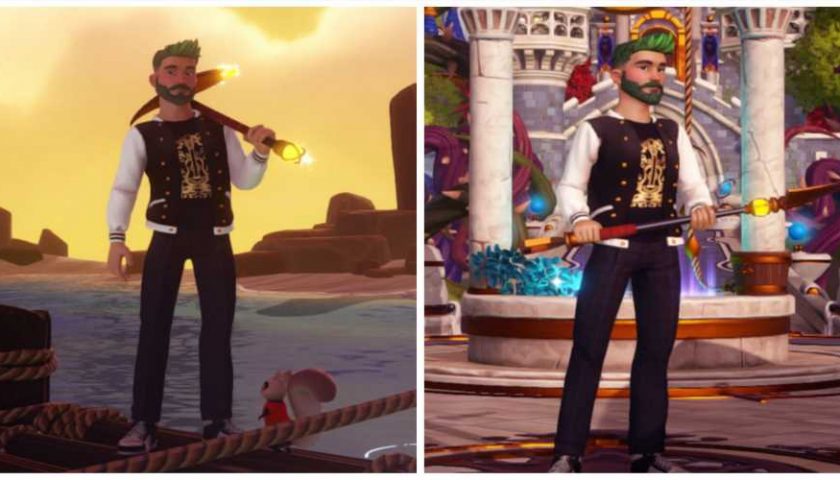 Disney Dreamlight Valley is absolutely loaded with Biomes to explore, cosmetics to collect, and obstacles to destroy. That said, if you're planning on making a serious dent in any of these things, then you're going to need to upgrade your Royal Tools, which consist of the Watering Can, Pickaxe, and Shovel.

Fortunately, Dreamlight Valley hosts a community of capable friends, some of whom can use their special talents to permanently upgrade your Royal Tools. To reap these benefits, you will need to progress with your daily Dreamlight Duties, Friendship Quests, and Biome Quests.

What Are The Royal Tools? 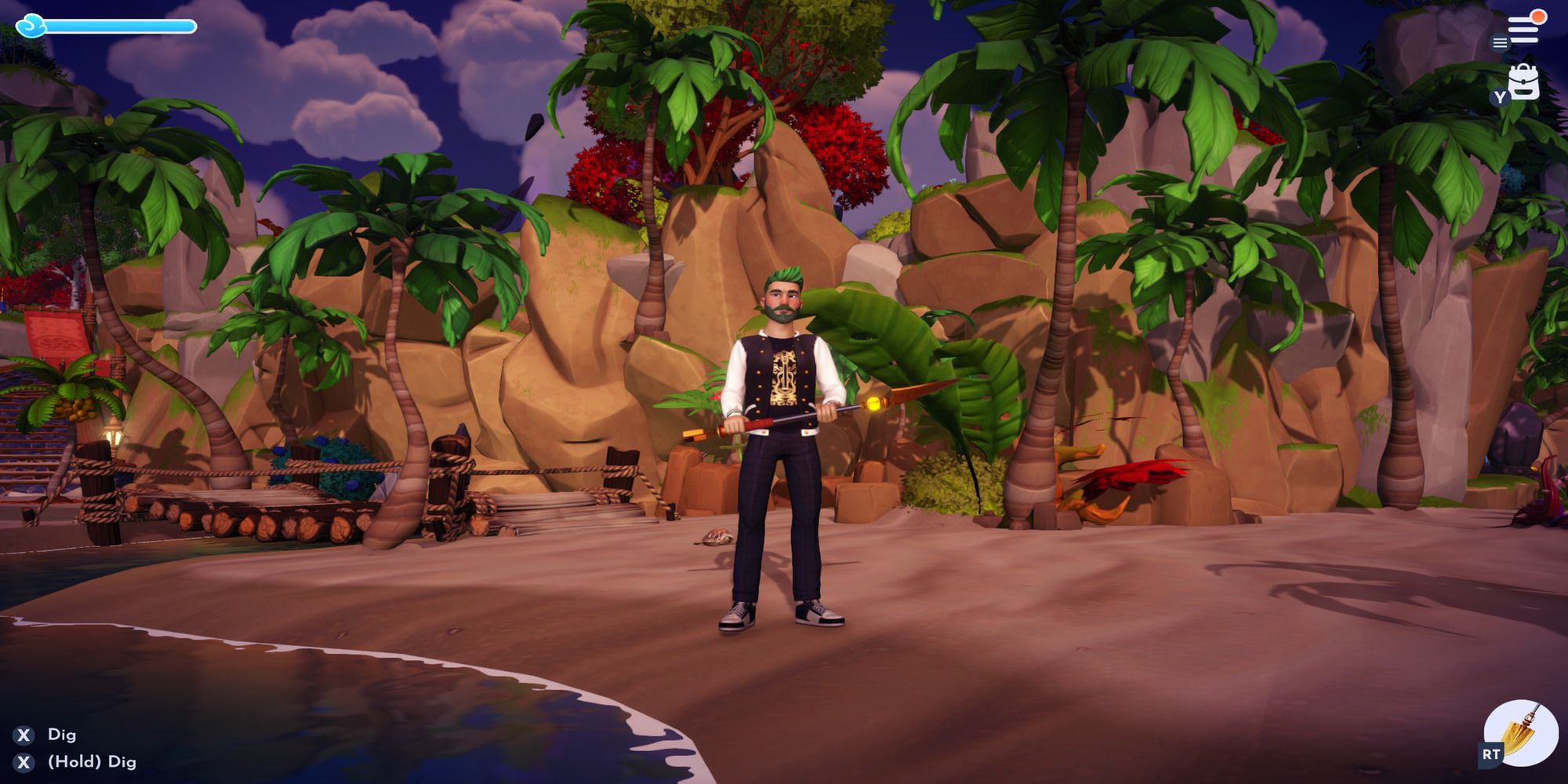 When you begin your epic journey across Dreamlight Valley, you'll find yourself acquiring three Royal Tools: the Pickaxe, the Watering Can, and the Shovel. Each of these items can be used to complete certain activities around the village, which can net you Dreamlight, Fish, Vegetables, Fruits, and Minerals.

Unfortunately, there is only so much you can do with the beginner tools in your inventory. As you'll quickly come to learn, unlocking certain Biomes in the village can mean having to destroy rare objects, such as coral, tree stumps, and large mushrooms. To remove any of these items, you will of course need to bulk out your arsenal with the upgraded Royal Tools. But what exactly are the Royal Tools?

The Royal Pickaxe can be used to mine rocks around Dreamlight Valley. Doing so can net you a variety of items, including Iron Ore, Emeralds, and Aquamarine. Minerals collected from mining can be used to craft a number of items at any Crafting Table, as well as serve as gifts for your neighbors around the village.

The Royal Shovel can be used to dig up patches of land to plant crops. By interacting with any piece of land, you can establish allotments around the village and create farms for vegetables and fruits. These consumables can then be sold at Goofy's Stall in any of the unlocked Biomes.

The Royal Watering Can it's used to water crops and help them flourish. You can interact with any patch of dry soil and nourish it by pouring water over it and letting it grow over a short period of time. Once you have given any type of crop enough time to uproot, you can harvest it and sell it to Goofy's Stall for spare coins.

How To Upgrade The Royal Tools 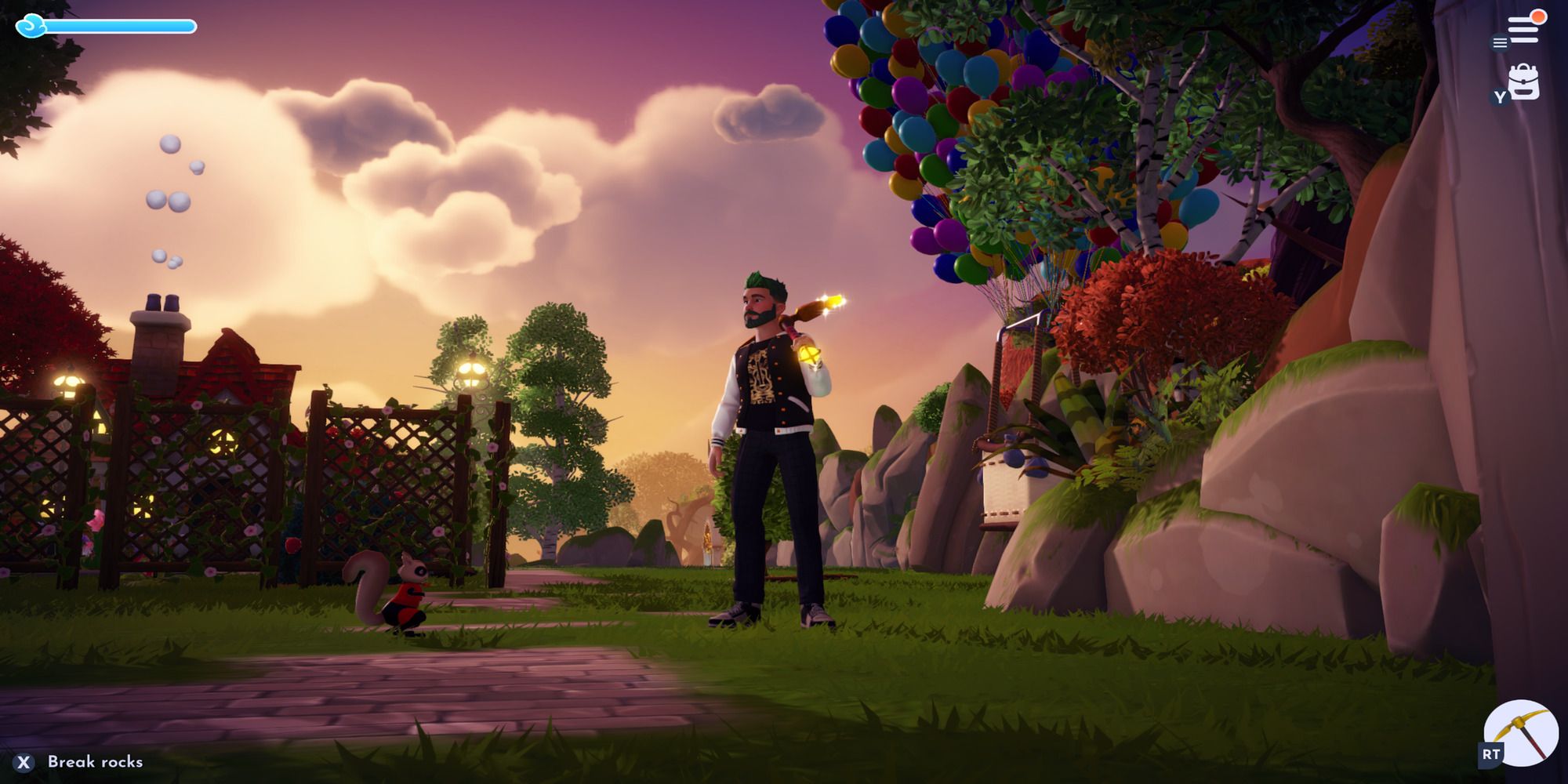 As we said, the day-one tools can really only take you so far in a place like Dreamlight Valley. In order to branch out and unlock the entire map, however, you will have to scout out the following nifty upgrades. 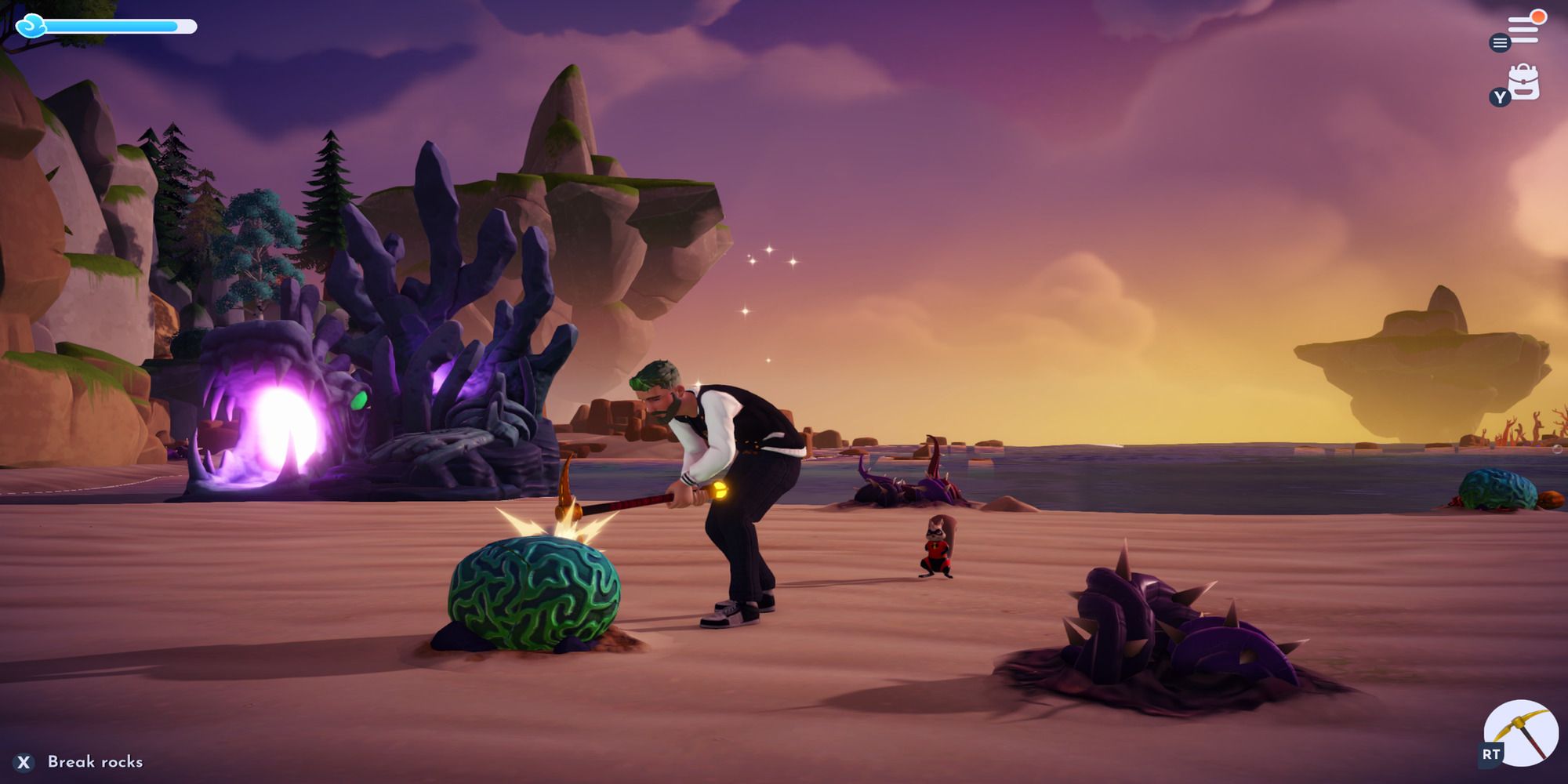 It doesn't matter which Realm you unlock first, though we would recommend aiming for the Moana Realm, as this door is presented to you much earlier on in the game, and therefore requires less Dreamlight to unlock.

To unlock the first Royal Pickaxe upgrade, head to the Moana Realm and speak with Maui. You will need to complete his Friendship Quests until you are presented with the opportunity to invite him back to Dreamlight Valley. To do this, simply place his home from your Inventory anywhere on Dazzle Beach. Once Maui has made it to the village, progress with the Friendship Quests until you receive A Tale of Stone and Fire. Completing this quest will net you the Royal Pickaxe upgrade, which can be used to break coral clusters on Dazzle Beach.

The Friendship Quest A Tale of Stone and Fire asks that you prepare Maui a meal with a five-star rating. An easy way to create this would be to cook Bouillabaisse, a relatively simple entrée that can be rustled up with Shrimp, Tomato, Lettuce, Seashells, and a Clam.

To unlock the second Royal Pickaxe upgrade, visit Elsa in the Frozen Realm and complete her Friendship Quests. Once you have mopped up the Breaking the Ice quest, you will receive an upgrade that allows for you to break blocks of ice around Dreamlight Valley.​​​​​

The Friendship Quest Breaking the Ice asks that you bring Elsa a Warmth of Summer Potion. You can obtain the items needed to craft this from Dazzle Beach, Forest of Valor, and Glade of Trust. 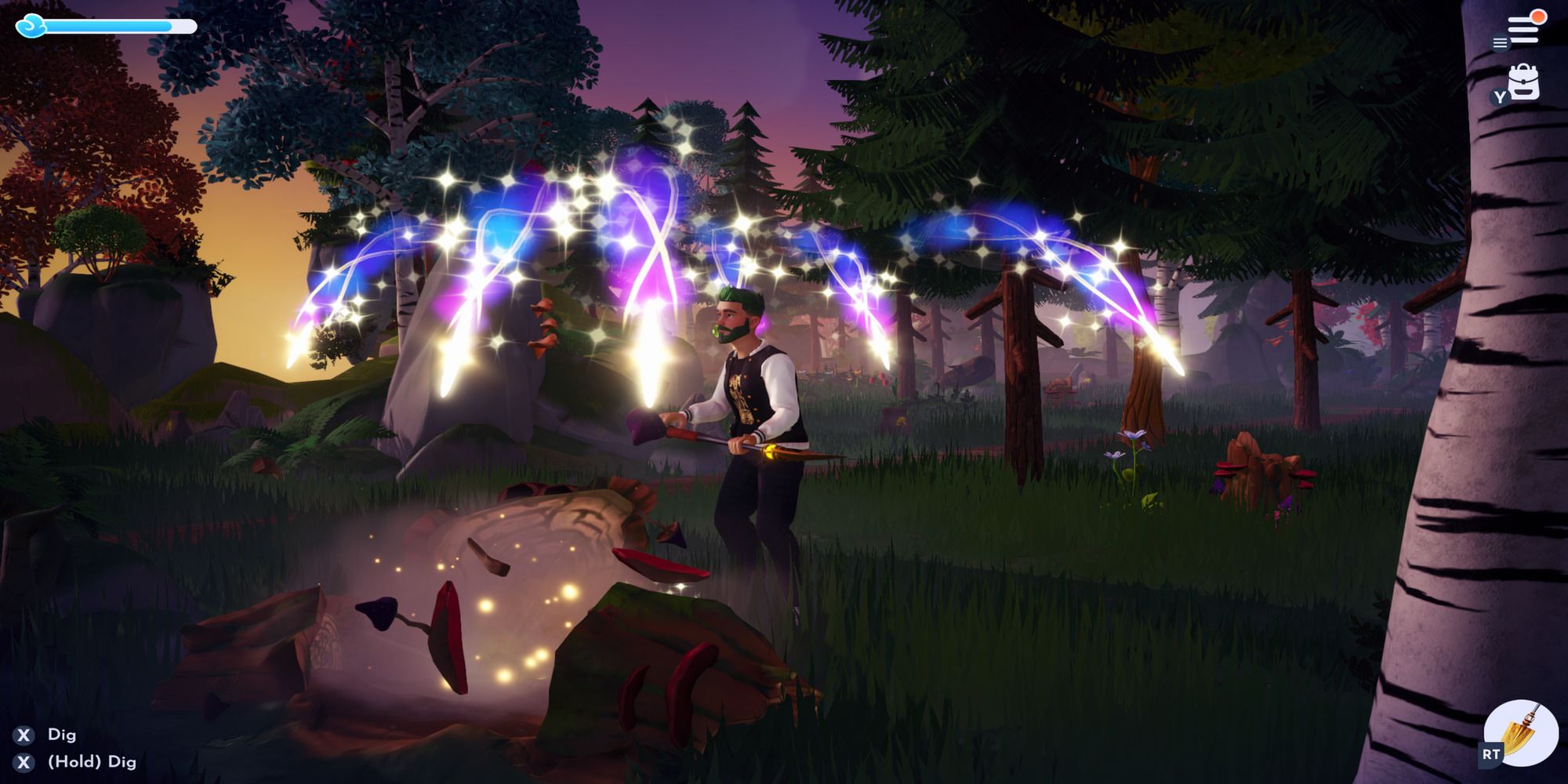 The Royal Shovel can be upgraded into the Shovel Blade, a nifty tool that can not only dig trenches around Dreamlight Valley, but also remove tree stumps, too. To bag this important upgrade, you will need to invite Anna back to Dreamlight Valley. You can do this after finishing the quest line in the Frozen Realm. Once you have invited Anna back to the village, simply complete the opening Friendship Quests until you learn how to craft the Shovel Blade.

Unlocking this will help you keep Dreamlight Valley in shipshape, and will also help you obtain more Hardwood, a useful resource that can be combined with other materials to make a wide selection of furniture and cosmetics. 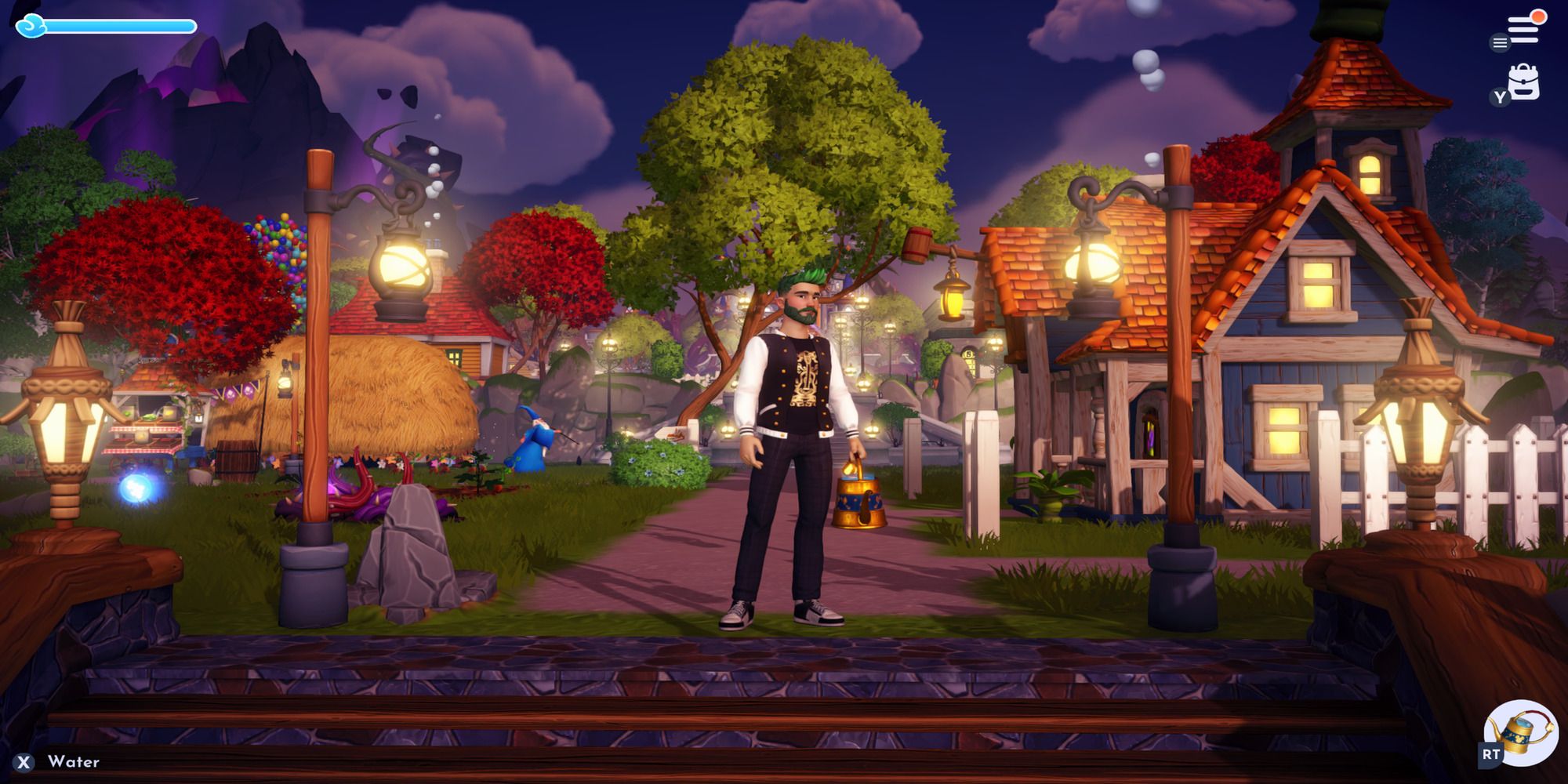 You can upgrade the Royal Watering Can relatively early on in the game, though it does require you to befriend Merlin and complete a fair chunk of his Friendship Quests to receive it. To obtain the upgrade, simply follow Merlin's Friendship Quests until you receive The Final Trial. Completing this Quest will give you the ability to remove large mushrooms, which are locally referred to as Mystical Mushrooms. You will need to own this upgrade in order to unlock the Glade of Trust Biome.

How To Complete Friendship Quests

Before you go gallivanting around the desolate village of Dreamlight Valley, you'll want to open up your Log, which will show you all the current Friendship Quests available to complete. And if you're just starting, these will likely be connected to either Merlin, or Mickey Mouse. Completing Friendship Quests nets you Dreamlight, which can be used to unlock new Biomes in the village, and Realms in the Dream Castle. You will need to unlock both of these in order to find new friends and, in turn, obtain more Friendship Quests.