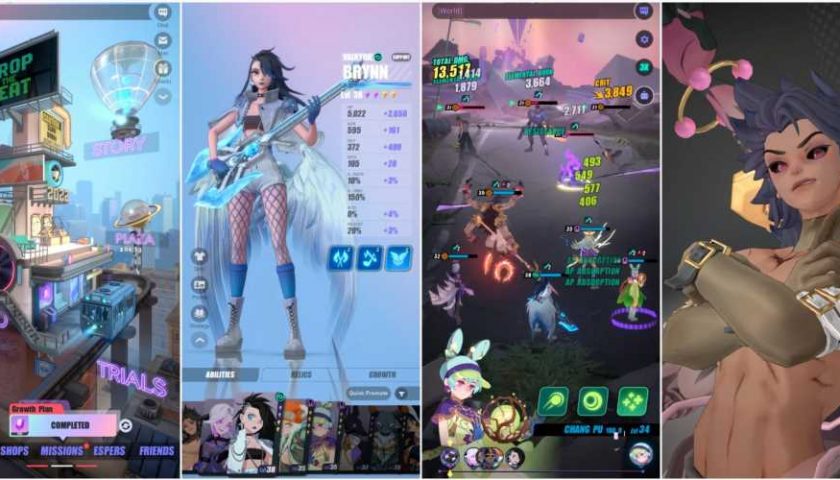 Dislyte is a squad battle anime-style RPG. Self-described as an ‘urban mythology RPG’, the game takes place in a dark futuristic setting where players put together a team of fighters (called ‘espers’) and enter battles. Alongside the main story quest, there are a variety of other battle types, as well as PVP and guilds (called ‘clubs’) – and even a Guitar Hero-style DJ contest.

However, the main activity in Dislyte is the turn-based battles. At first, you put together a team of five epsers. But soon you have many to choose from, as well as myriad ways to improve them and the relics they can equip to boost their powers. Below you’ll find ten beginner's tips and tricks to help you through the early levels. 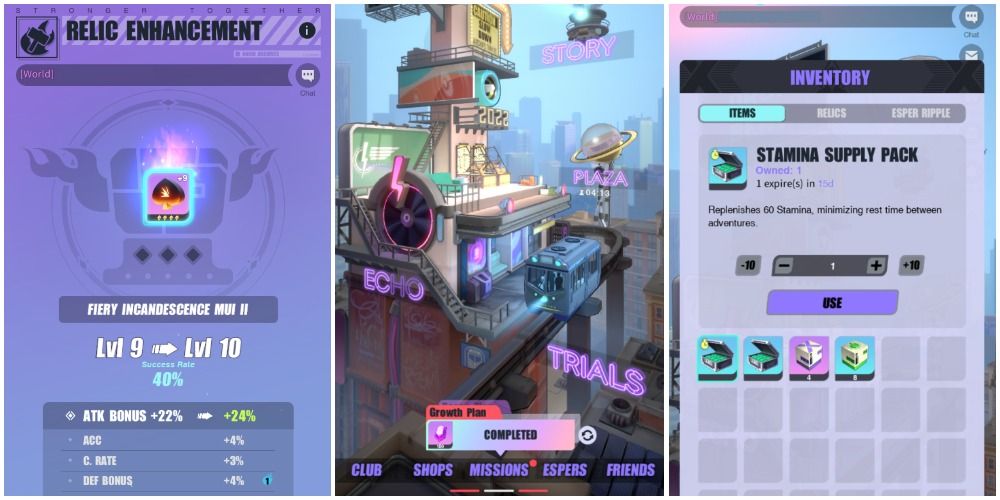 Especially early on, you’ll see a lot of menu options highlighted with a red dot. This means there’s something there you can claim, such as a new item or quest challenge. Let these training courses and quests guide you through the early part of the game. They often give good rewards and slowly teach you the nuances of the game.

But don’t get complacent. Not everything will show up via a red dot on a menu. For example, you may have to click into your espers list and click on the ‘Advancement’ tab to see some available options. So have a good root around in there often.

Unless a course needs you to, it's best not to enhance 2* and 3* relics. You’ll be getting 4* relics very quickly before you reach level 20. And 5* relics around level 35. A standard 2* relic sells for 500, while one advanced to +1 sells for 518 – but costs 270 to enhance. It’s very doubtful you’ll get any kind of return on this investment.

However, relics that come in the 2-set (rather than the 4-set) are harder to come by early on, so are more likely to be useful to enhance. But do be sure to enhance those stronger relics quickly. They can make a huge difference to your stats, especially if you group ones of the same type for the extra bonus that gives.

Some rewards you get are time-limited. So, if you don’t use them within a few days, you’ll lose them. Keep an eye on your inventory for items with a small clock icon. Click on them and they’ll tell you when you need to use them by. 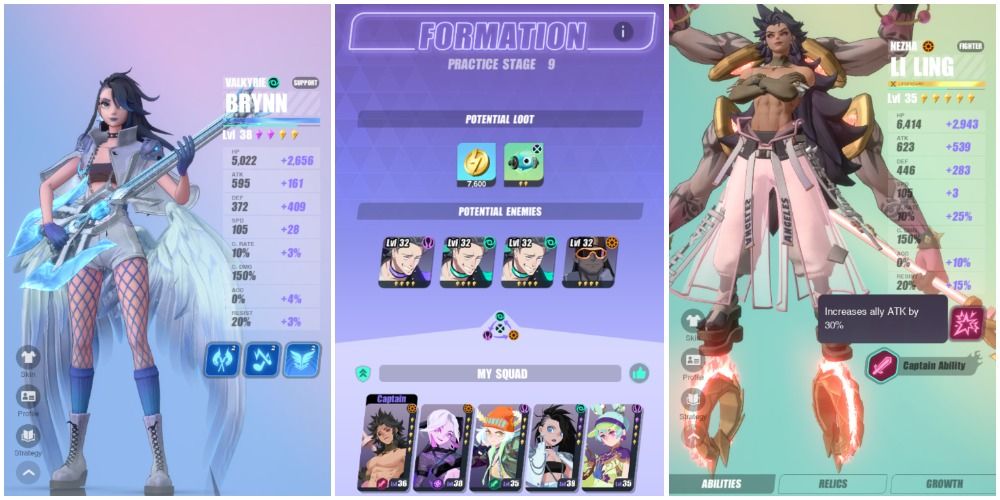 Team-based games tend to reward balance and Dislyte is no different. You’ll want at least two support espers (healers and buffers) to balance out your DPS ones, as well as mixing up area effect and single strikes. If you can add a bit of a jack-of-all-trades esper to round it off, even better.

Also, look out for espers who start stronger. Mostly you’ll have 3* fighters. All can be raised to 6* eventually. But you’ll get Mona (a solid DPS who starts as a 4*) early on, as well as a guaranteed 6* legend as one of your first ten esper picks. These are great early choices to build your initial squad around.

Your espers will attack in their speed order. So, look at their powers and see how they can help each other. For example, Brynn gives an ‘ATK Up’ buff to all allies. So, if she acts first, everyone else’s first attacks will be improved – great for an initial onslaught.

While it might be best to use an esper that gets a benefit from finishing moves after your area effect espers have weakened your foes, you can manipulate the speed of each hero with clever use of relics. So, look out for those with speed buffs and use them wisely.

You’ll notice the far-left squad space has the word ‘captain’ above it. Some espers, such as Li Ling and Mona, have a ‘captain ability’. You’ll see them on the ‘abilities’ tab of the ‘espers’ page. If you equip one of these espers in the captain slot, your whole squad will get the benefit. And they can be very strong, adding 20-30 percent to attack, crit rates, or resists.

However, be careful as some only affect one type of battle. For example, Bardon’s DEF increase only applies in Point War battles.

Check Your Squad When Changing Battlefields

You’ve set your squad up perfectly and completed some missions, then decide to take on a trial. But before you start it, be sure to check your squad. The game doesn’t remember your last squad used, but the last one you used in a particular part of the game. If you haven’t done something for a while, or ever, your squad may contain weak espers you no longer use or haven’t upgraded. Or worse, a random selection. 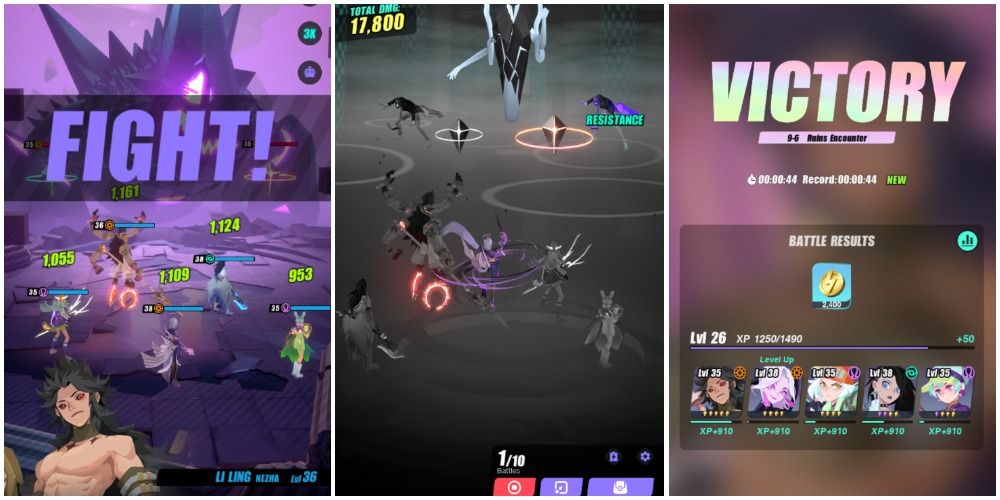 When a battle begins, be sure to note how many ‘waves’ of enemies it has. It’s written at the top of the screen once the battle starts. Your more powerful attacks will always have round-timers, so you may want to hold them back if the battle has just two waves. But if it has three, you should have time to recover and use those big attacks again by wave three. Also, trials such as Ritual and Sonic Miracles often end with a single enemy – so no need to hold those area effect attacks back.

During early battle waves, if you only have a couple of weak enemies left but have used your strong attacks, consider using weak attacks or buffs to drag out the battle. This will give your strong attacks, heals, and buffs a longer time to reset, getting them ready for the next wave.

If you’re not going to be playing for a while – maybe you’re off to work, or bed – don’t leave excess energy unused. Remember you can set multi-battles up to happen automatically while you play on a different part of the game. You’ll still earn rewards, so why not use up that energy you’ll otherwise waste? It’ll be refilled by the time you log back in.