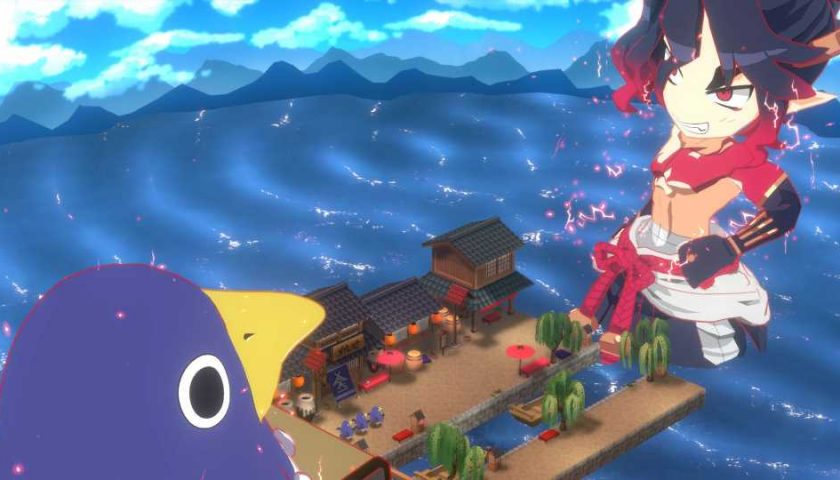 Popular simulation RPG series Disgaea is getting its seventh entry and it's now been confirmed when the title is being released. Nippon Ichi Software will launch Disgaea 7 for PS4, PS5, and Nintendo Switch on January 26, 2023. That's for Japan at least (via Gematsu). Read on for more on what we can expect for number 7 in this storied series.

If you don't know, Disgaea is famed for a game system that allows players "to do anything and everything" and advertises "infinite replayability". It's Nippon Ichi Software's flagship series with the first entry debuting in 2003. It features a colourful cast of demons, angels, heroes, and evil lords in a Netherworld. As you'd expect, Disgaea 7 takes place in a new setting.

Players can expect the Japanese-infused Hinomoto Netherworld Cluster for the new game, with characters fighting to regain their honour, in the Japanese philosophy known as Bushido, in a corrupt Shogunate. Takehito Harada is behind the designs of many characters. And it seems characters can turn into giants in Disgaea 7, going off released images from the game, while the signature "over the top" combat will see players "mowing down enemies with insane damage".

Disgaea 7 focuses on a "love-hating lone Samurai" called Fuji (voiced by Kaito Ishikawa) who is described as poor, money-loving and lazy. "He is allergic to human-like expressions and has to cough up blood whenever he feels human emotions like love, friendship, and sympathy," the official release says. The other protagonist is Pirirka (voiced by Hiyori Nitta), a super-naive Hinomoto otaku.

Disgaea 7 is also touting a major new mechanic it's calling "Dodeka MAX". "The new system will enlarge the characters so big that they leap out of the map! Defeat multiple enemies with a giant powerful blow," adding further to the series known for a combat system 'where all things go' and 'infinite character development system'.

There are many more details, and for the full run down you can check out Gematsu's post on the game. Disgaea 7 arrives on PS4, PS5, and Nintendo Switch on January 26, 2023 in Japan.