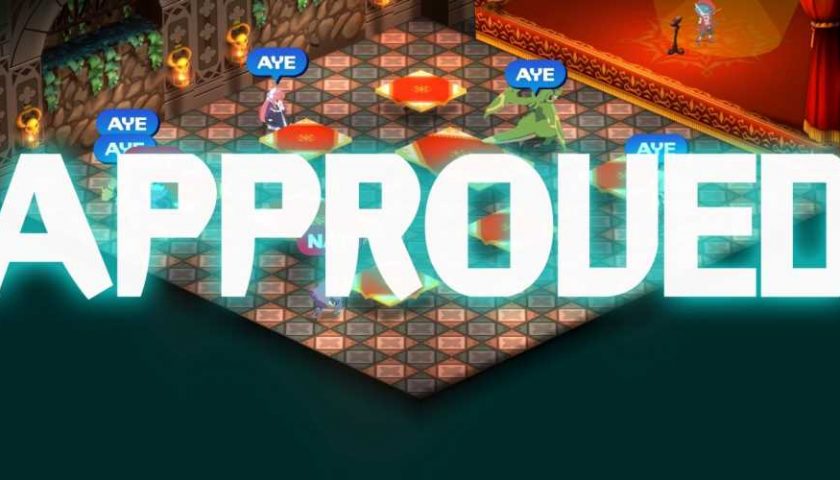 Disgaea 6 is a whacky game – heck, the entire series has an underlying theme of over-the-top nonsense. Whether you are chugging on juice, exploring the infinite void, or simply reincarnating yourself over, and over, there is always something to do that will inevitably make your life easier.

The Dark Assembly is another system that more-or-less does that, although it tends to fall closer in line with the Cheat Shop. Politics in the Netherworld is a violent, bribe-filled affair, and if you want to unlock new things, or simply break the game’s balance, then punching a politician is one of the best ways to do it.

What Is The Dark Assembly? 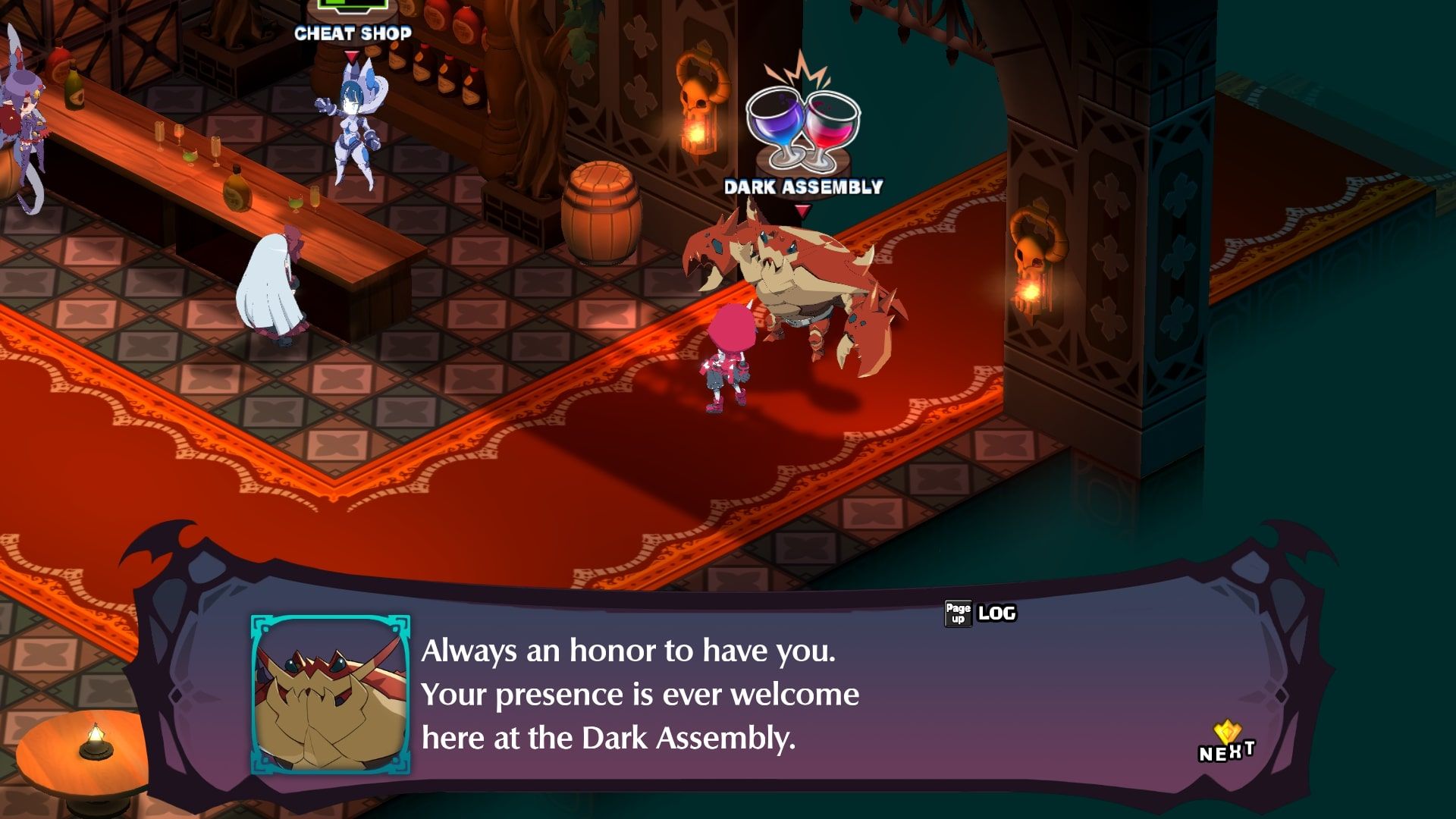 The Dark Assembly is where you go to pass poposals. These vary in potency – for example, some unlock new colours for your characters, whilst others allow you to increase the amount of EXP you earn at the end of a Stage, heck, they even allow you to create new characters or Super Reincarnate.

The Dark Assembly is the go-to place for just about anything, and as you make your way through the game, more options will unlock. In fact, the post-game for Disgaea 6 is locked behind the Dark Assembly.

How To Pass Proposals 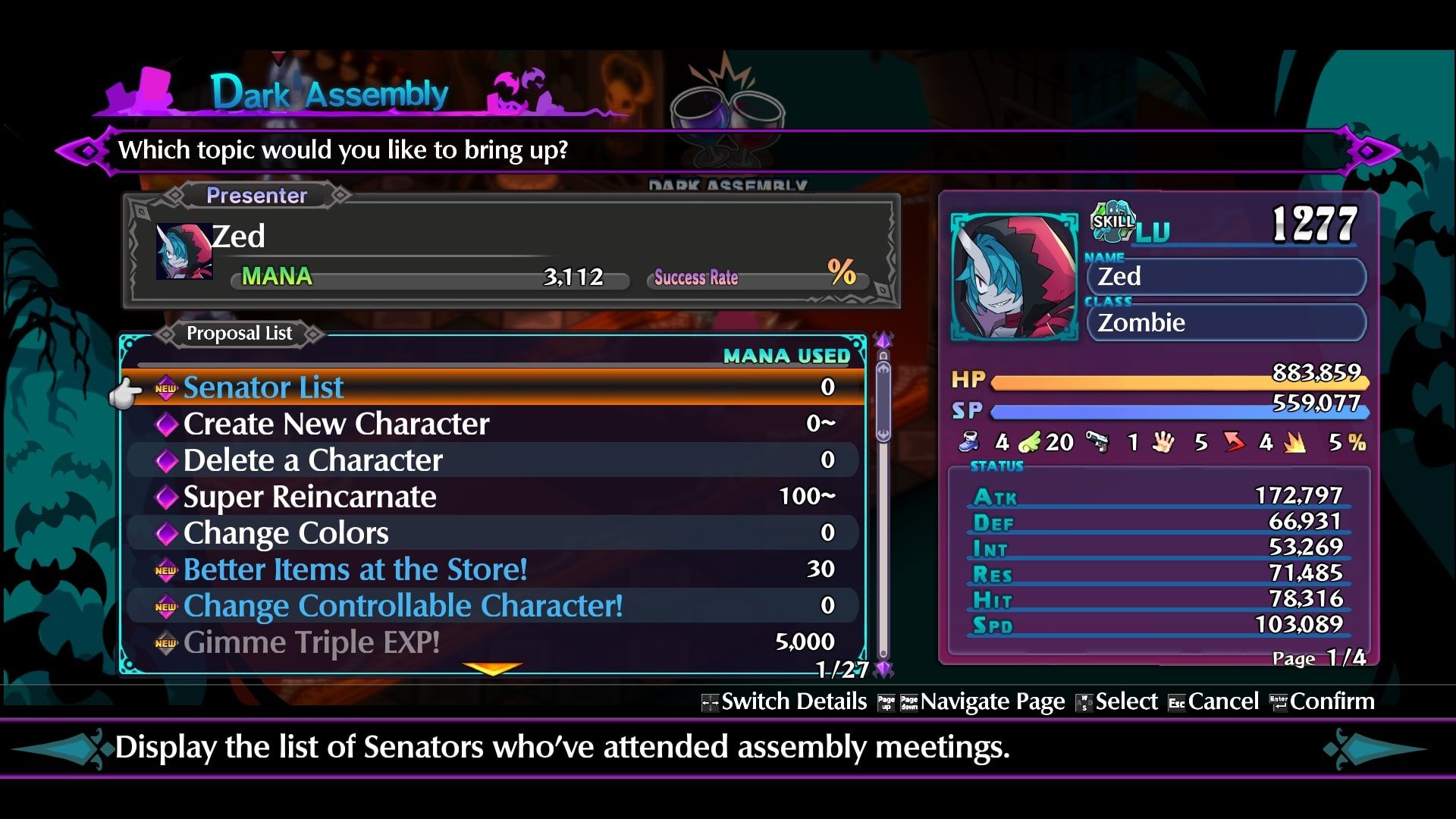 To pass proposals, you need Mana. Mana is the life-blood of the Dark Assembly, and by the end of the game, you are going to need a lot (hundreds of millions). Providing you have the mana to call the Dark Assembly, you are then whisked away to the audience chamber.

Once here, you can bribe the members of the Assembly. The higher their level, the better. Each member will have a preferred item, and giving them enough stuff will make it more likely that they will vote in your favour. Do note the wording there – “more likely”.

Even a demon who is “strongly for” your proposal will still vote against you from time to time. Demons are fickle after all. 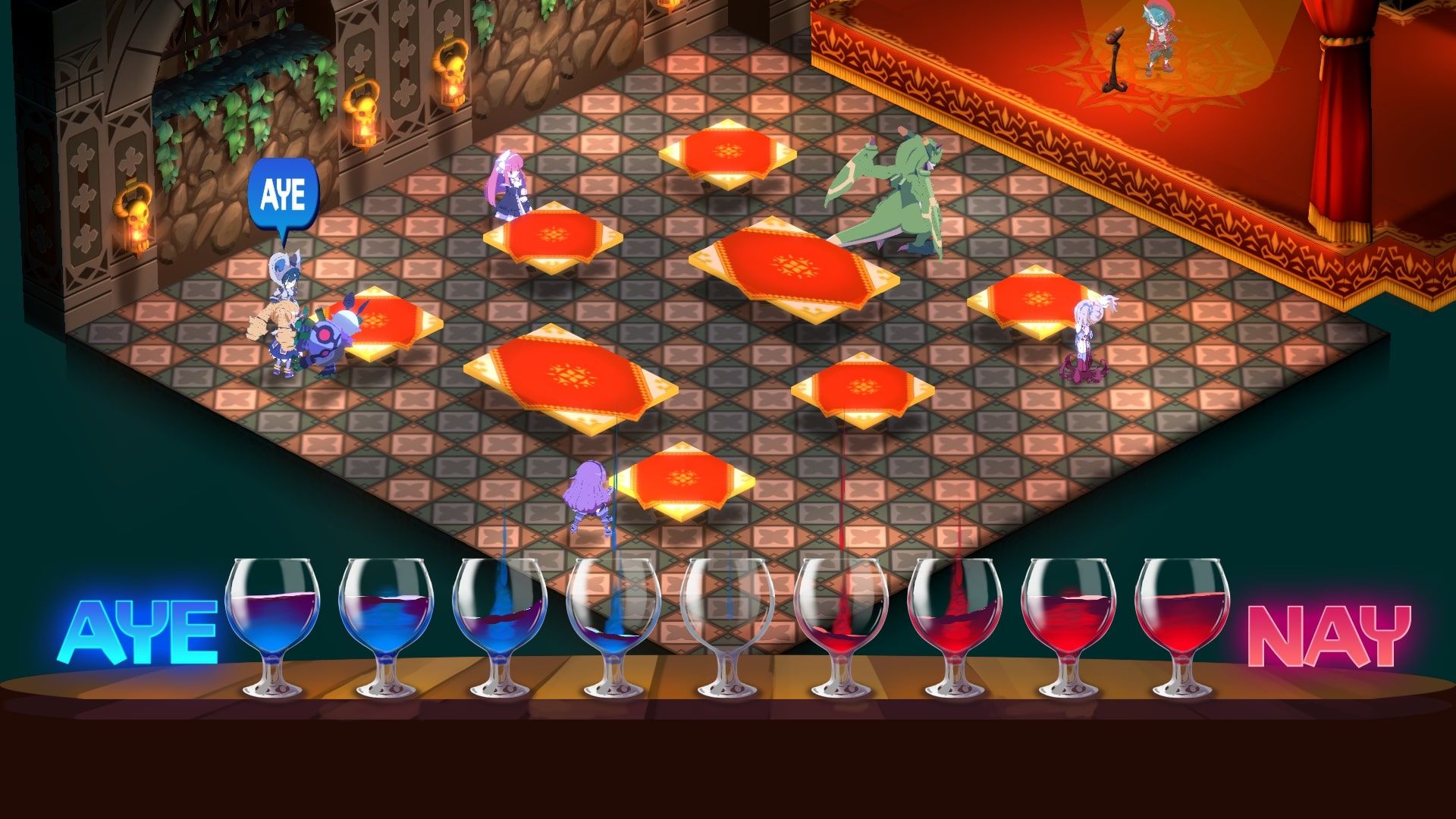 When you fail to pass a bill, you get a few options:

Of course, giving up will simply end the discussion and you will lose all the Mana you used to call the vote in the first place. This is not ideal, but it will be something you will be forced to deal with in the early game.

Unlike the last bout of bribing, this time you can use your vast sums of HL to pay them off. This is incredibly expensive to do, however. Some bills will cost billions of HL to pass, and it simply isn’t worth that. That money can be better spent at the Juice Shop for example.

If you really want to bribe, however, you can make it somewhat cheaper by using Misedor and having a maxed-out Dark Assembly Squad. It still isn’t worth it.

This is where you get things done. The Dark Assembly can be filled with Demons of varying levels. This means they could be pretty darn powerful – and they often are. After all, they are the governing body of the Netherworld. You don’t get a prominent seat on the Dark Assembly without having the muscle to back it up.

Persuading by force thrusts you into a combat with the every demon present. If you can kill them all, your proposal is approved.

The thing is, with a bit of early game grinding, you can overpower the Dark Assembly on most issues. Once you hit the late game? They don’t stand a chance and they become nothing but a minor nuisance.

If you can’t pass a bill immediately, then just wait until you’ve gained enough power to take over the senate by force.