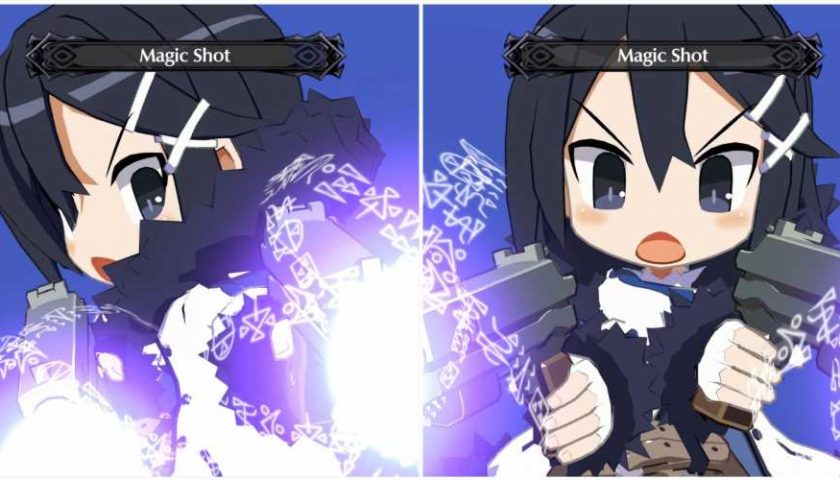 NISA has a long history of making SRPGs. This of course includes Disgaea, but other series exist within the extended universe they have created. We are talking about games like Makai Kingdom. Speaking of which, that is where Asagi – the focus of this guide – comes from. Although her history is a bit of a strange one.

Asagi is a downloadable and recurring character that has cropped up in a bunch of NISA titles, and Disgaea 6 marks her most recent appearance. She has never starred in her own game, although she has had roles that have come incredibly close to that mark. She also just so happens to be a pretty slapping character. 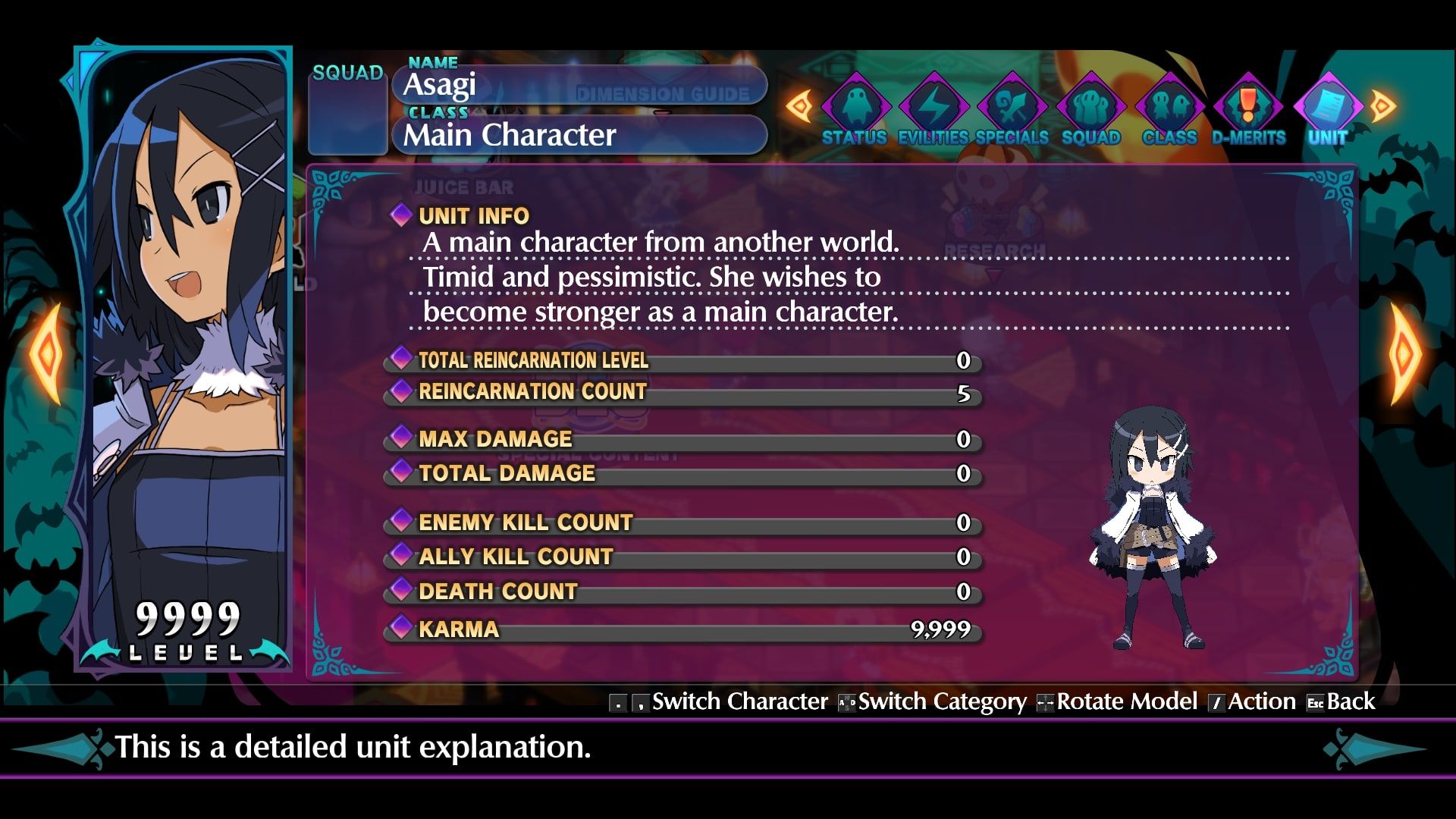 Asagai made her debut in Makai Kingdom and was unlocked by making a “wish” to play with the protagonist of the next game in the series. This game was going to be Makai Wars, but it was cancelled, and Asagi was left in the dirt – or was she?

With her protagonist status revoked, she was reworked into a character who goes to other NISA games so that she can kill their protagonists and pick up the mantle from their bullet-riddled corpses. Her biggest entry was in Disgaea 4, where she became the main ANTAGONIST. 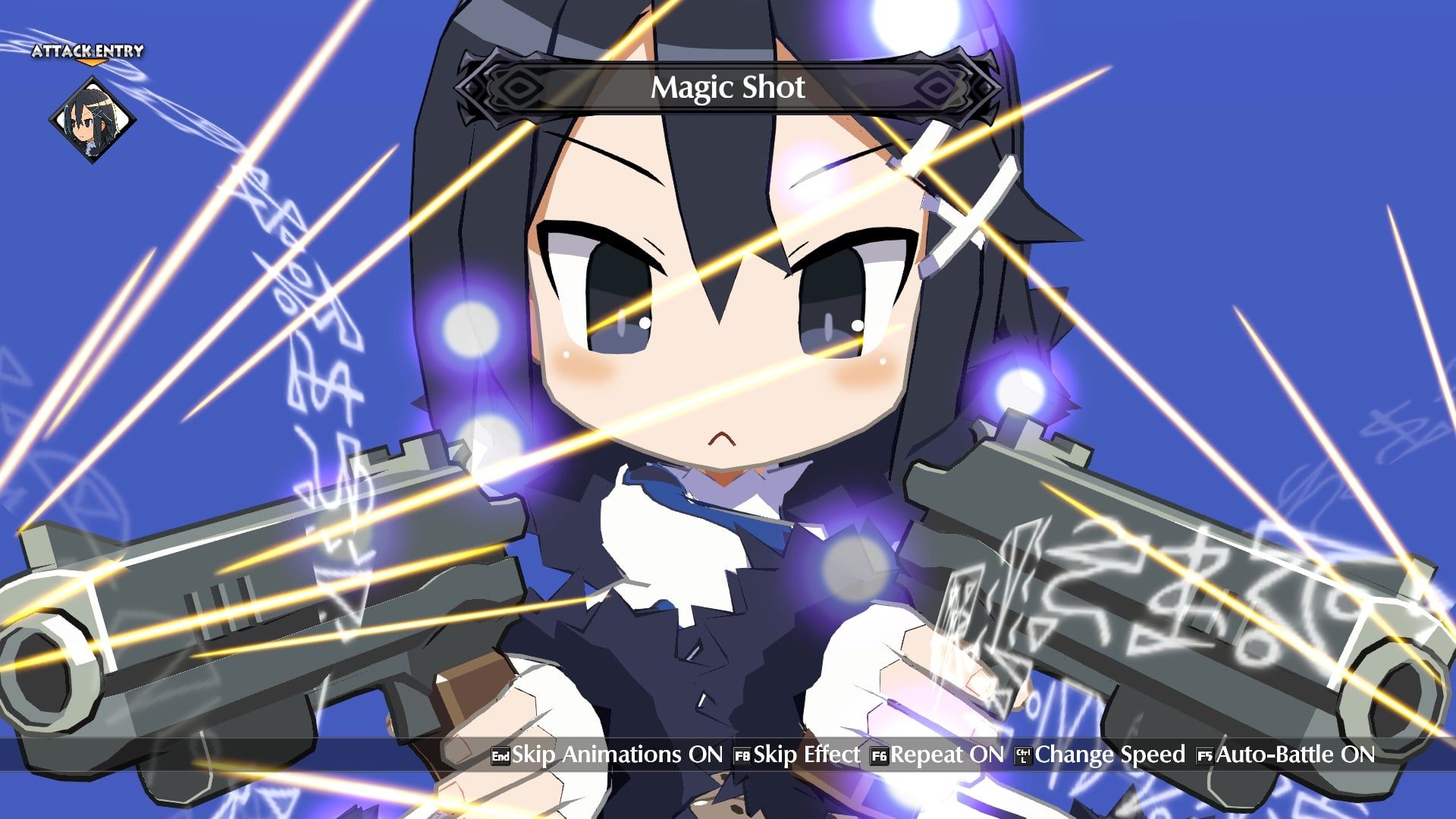 Like all great characters in Disgaea 6, Asagi is a single-target monster. She can deal huge chunks of damage and can swing with some of the best. She isn’t quite on the same tier as Adell, Zed, or Piyori, but she is pretty darn close.

What Weapon Does Asagi Use? 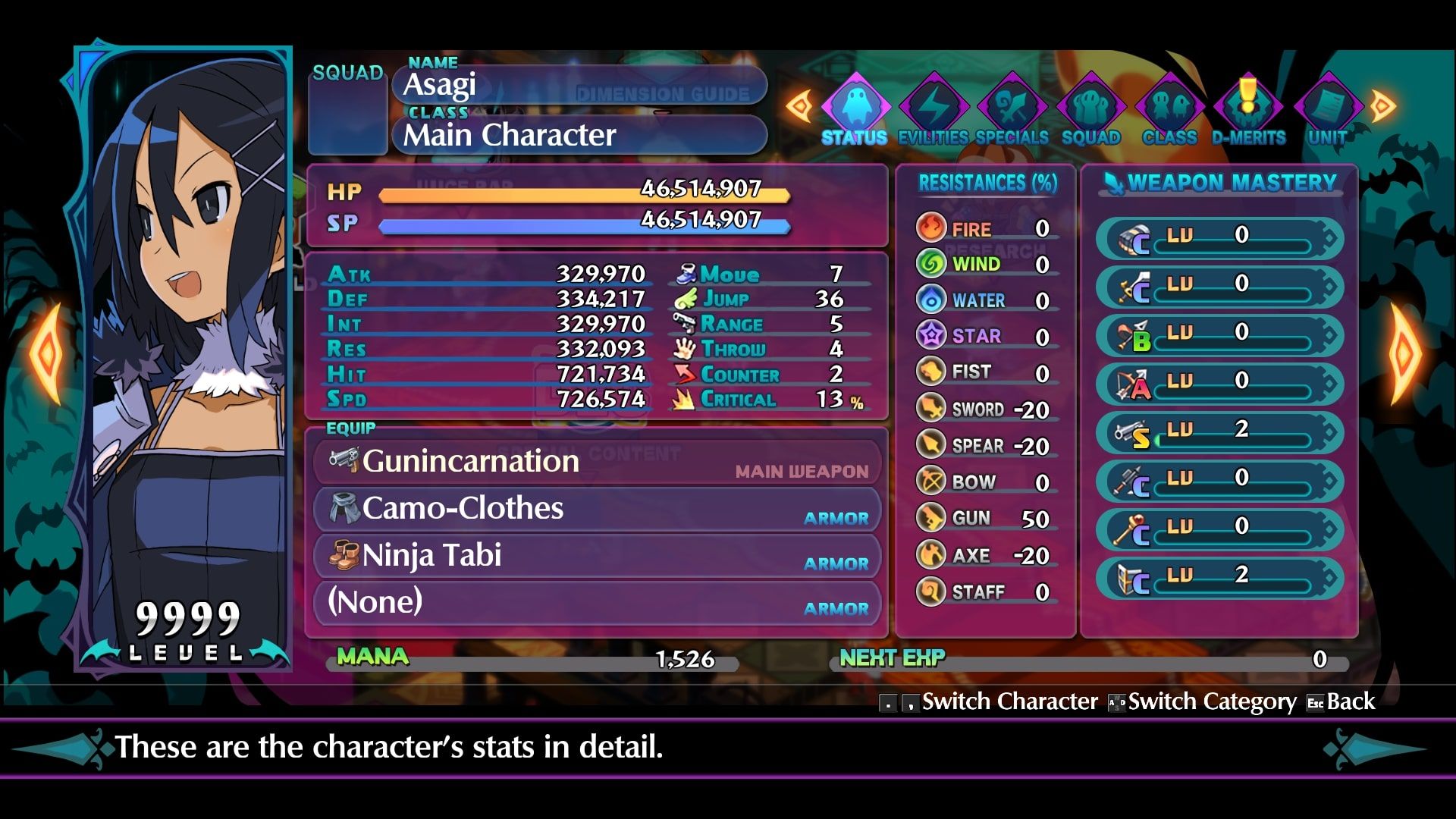 Asagi is really simple – she likes to fight at a distance.

Guns are where Asagi shines. She is one of the few characters who have been granted the prestigious S-ranked mastery, so you better use it. 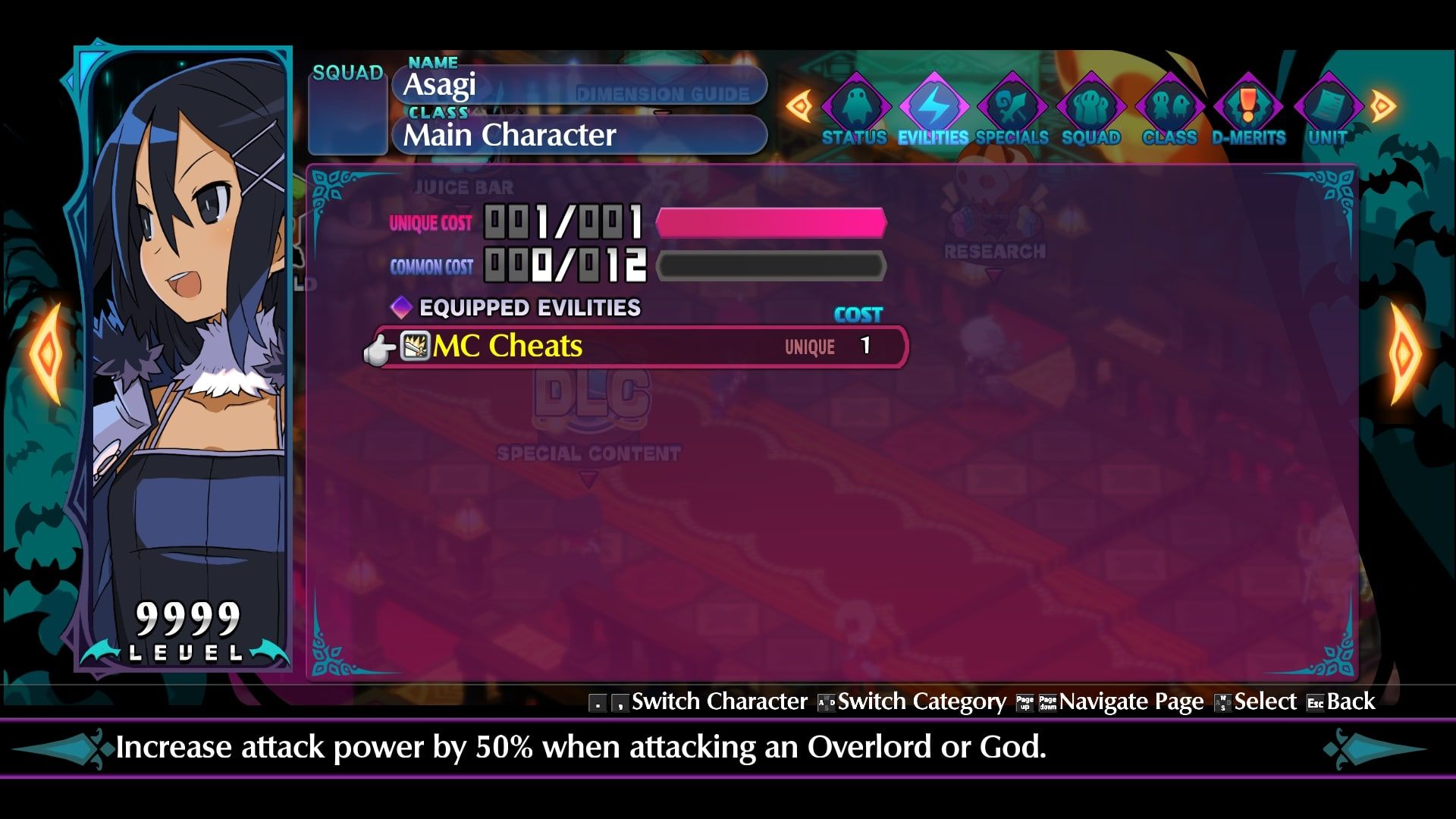 Asagi has one unique Evility.

This Evility might seem underwhelming at first, but you have to realise that Asagi is a monster at killing bosses. Bosses in the late-late game tend to be Overlords or Gods. That’s how these games work. Therefore, this bonus is permanent if you are using her against her ideal target.

This also makes her very good at killing Gods Of Destruction, which becomes very common in the main story later on. 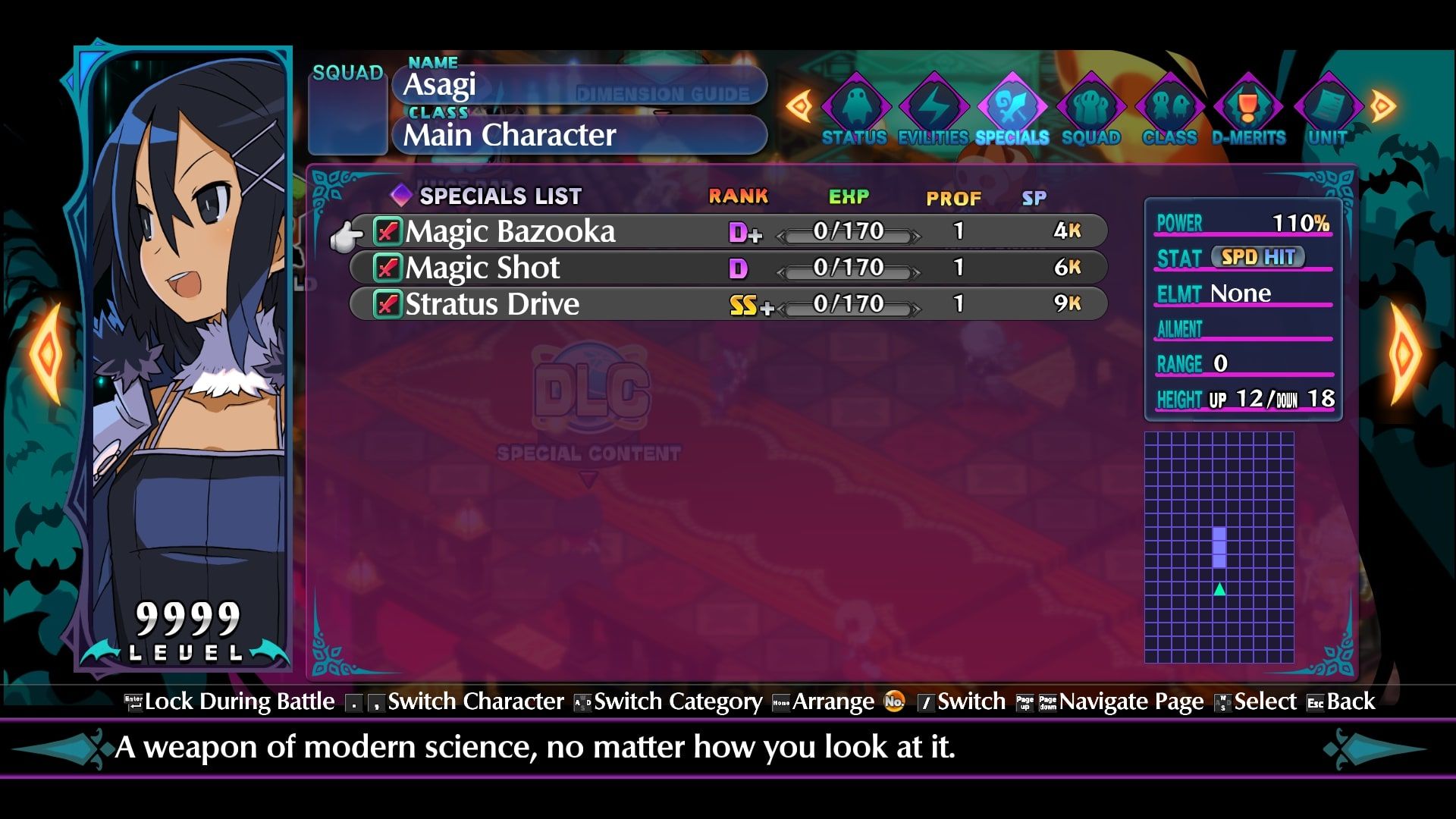 Asagi’s specials are a mixture of ok, and staggeringly good.

Magic Bazooka and Magic Shot are fine. They are decent AOE attacks that do what they are meant to do. These attacks give Asagi a bit of utility, but not much else.

Stratus Drive on the other hand is ridiculous. The SS+ Rank is one of the highest in the entire game. It’s a single-target attack, and when Asagi pulls the trigger, the guy on the other end is going to feel it.

How To Use Asagi 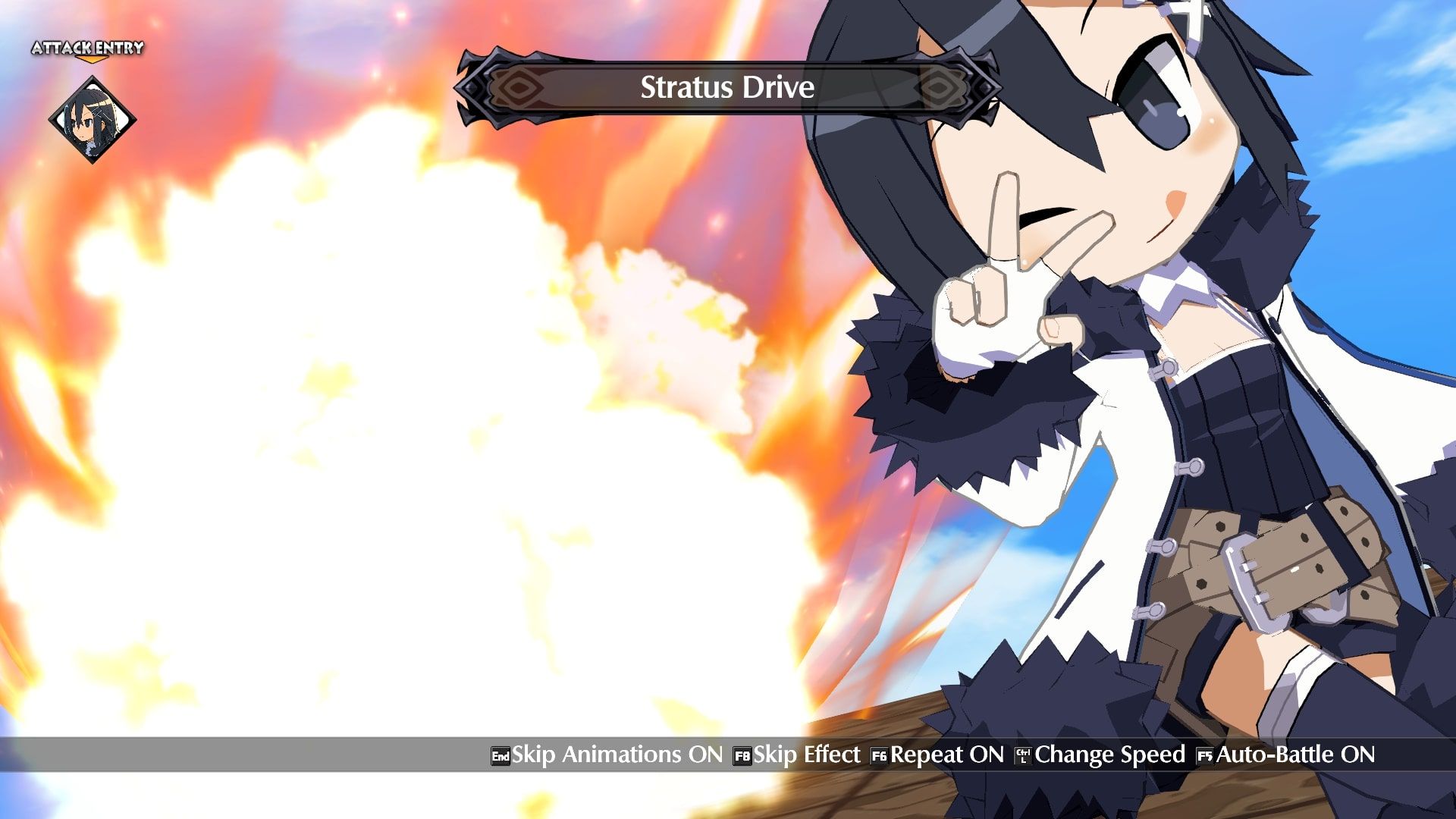 Asagi is a “Baal Killer”. Her bonus damage is great thanks to her Evility, and Stratus Drive is stupidly good at dealing massive amounts of damage. Asagi is a great character and welcome addition to the brutal boss-blending characters that make up the top-tier Disgaea 6 roster.

The only real downside to Asagi is her gender. Being a female, she doesn’t benefit from Rozalin’s or Melodia’s passive buffs. She can, however, join the Flatty Squad due to her breast size. This entire paragraph has been a pain to write, but rest assured, it makes sense if you’ve played the game. We promise.