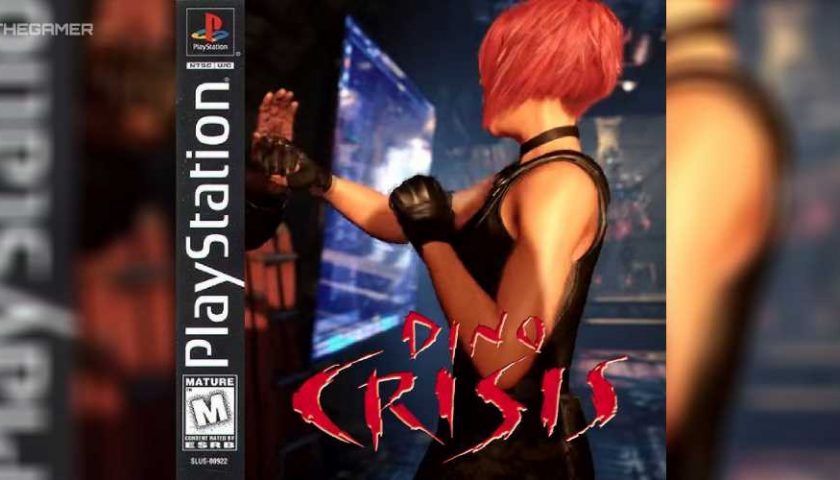 Dino Crisis fans have been asking Capcom for a remake or sequel for years now and last night, many thought they were about to get just that. In Sony's State of Play, a red-haired woman fought dinosaurs to a standstill, leading many to believe that it was Regina. But it wasn't. It's a new heroine in an entirely new IP – Exoprimal.

It's not just her hair colour that lead fans to think it was Regina. She has a similar albeit modernised black outfit and her hair is the same length. In fact, some pointed out that she looks a lot like Resident Evil 3's Jill Valentine from the recent remake, albeit with a new hairdo.

All of these hopes were squashed when it was revealed to be a World War Z-style hero shooter with dinosaurs. At least it isn't in space, eh? It hasn't dissuaded fans, though. Some are hoping the assets can be reused for Dino Crisis, others think a dino-centric game could drum up hype, and many are still clinging to the Resident Evil remakes as proof that old games can come back.

Maybe they will. Dino Crisis is a cult classic developed by the same man behind Resident Evil, Shinji Mikami. It's been dormant for two decades now, left behind as a relic of the PS2 era. Unless you count Dino Crisis 3. Spoiler alert – most fans don't.

Resident Evil has made a bit of a comeback after its own unpopular action sequels with remakes of 2 and 3 as well as two sequels, Biohazard and Village. So fans are hoping that Dino Crisis can make a similar comeback.

It's certainly not out of the realm of possibility, but there's little to substantiate the rumours aside from hopes and dreams. Dino Crisis doesn't have a well of leaks like the mystified Resident Evil 4 remake.

But while Dino Crisis remains dormant, there are alternatives. There's Exoprimal, the new dino-shooter, or Instinction, the spiritual successor that emphasises horror as its inspirations did. That should tie you over for now.