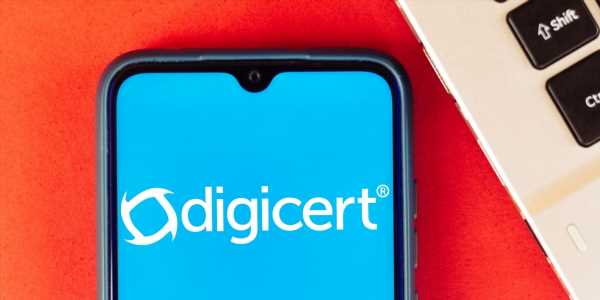 Join gaming leaders, alongside GamesBeat and Facebook Gaming, for their 2nd Annual GamesBeat & Facebook Gaming Summit | GamesBeat: Into the Metaverse 2 this upcoming January 25-27, 2022. Learn more about the event.

DigiCert, a digital security company best known for its public key infrastructure (PKI) including SSL certificates for establishing trust on the web, has acquired Internet of Things (IoT) cybersecurity provider Mocana. Terms of the deal were not disclosed.

Founded in 2002, Mocana develops cybersecurity software products designed squarely for Iot and industrial infrastructure. This includes the TrustCenter platform, which serves to automate provisioning, orchestration, and management of devices on a company’s network — part of this requires integrations with third-party authentication and certification services such as DigiCert.

The Sunnyvale, California-based company worked with some of the world’s biggest technology companies, including IBM, HP, Siemens, and VMware, and had raised nearly $100 million in funding since its inception.

DigiCert, for its part, has catered to the burgeoning IoT industry since at least 2015, and today offers the IoT Device Manager which lets companies identify, manage, and control all connected devices from a single location.

DigiCert’s move to bring Mocana under its wing makes a great deal of sense given their respective areas of expertise — particularly as the IoT industry prepares to grow from a $381 billion market in 2021 to a whopping $1.9 trillion sector within six years. More importantly, with an anticipated 56 billion connected devices globally by 2025, this will generate an estimated 73.1 ZB (zettabytes) of data, spanning industrial IoT applications, video, and more — not only does this need to be stored somewhere, but it has to be secured too.

So by bringing Mocana in-house, DigiCert is essentially bolstering its existing IoT credentials, with the promise of a unified platform for managing device identity, preventing tampering, and upgrading firmware remotely.

“With the addition of Mocana, DigiCert is building on its vision for delivering digital trust, a growing necessity in the IoT market as smart devices become ubiquitous in every corner of our personal and professional lives,” DigiCert CEO John Merrill noted in a press release.