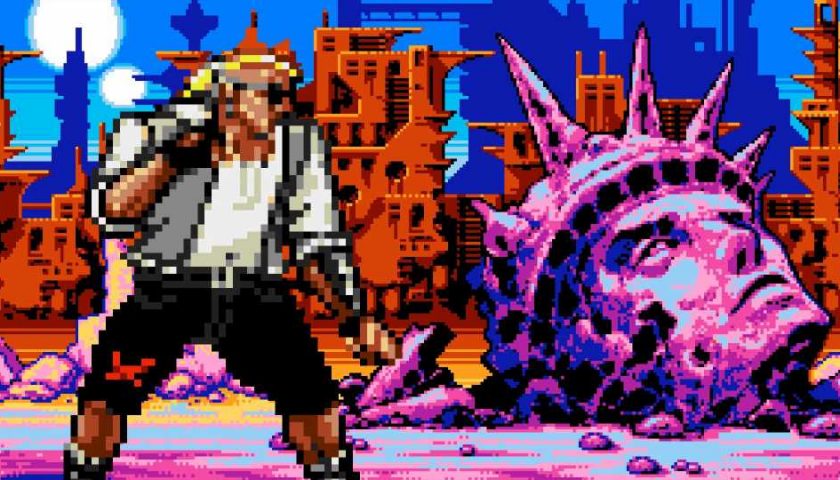 In the '90s, I was a die-hard SNES guy. There weren't many games on the rival Genesis that I was envious of, but among the few was Comix Zone. Developed by the Sega Technical Institute—a weirdly university-like name for Sega's North American development division—this side-scrolling brawler was set within the panels of a comic book. Smack an enemy and an onomatopoeic "Pow!" appears over their head. Reach the end of a screen and hero Sketch literally jumps from one panel to the next. Speech bubbles appear above the characters to relay the story. It was a neat idea, and brilliantly, memorably executed.

Sketch, incidentally, is the most '90s video game character ever conceived. He's a comic book artist and a member of a grunge band. He wears jorts, tiny round sunglasses, and fingerless gloves. He also sports a ponytail, combat boots and spouts one-liners like "See ya!" He's the 1990s personified—as is Comix Zone in general. The North American release of the game came bundled with a CD featuring edgy rock music by the likes of Danzig, Jesus and Mary Chain, and Love and Rockets. It's one of those games that captures the spirit of a particular time in history, which makes it fun to revisit in the space year 2022. 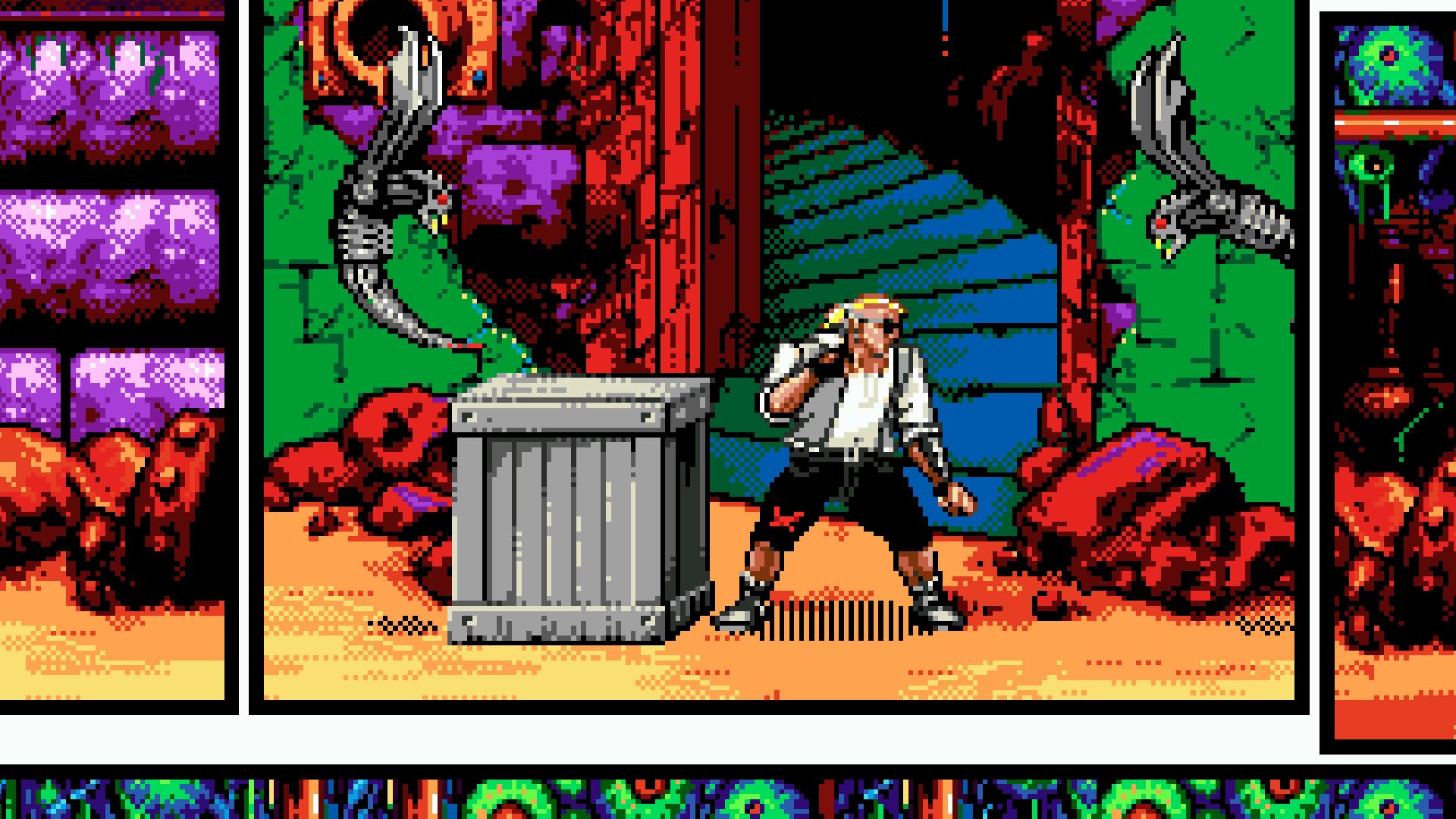 Well, I say fun. I eventually got my hands on a Genesis and a copy of Comix Zone, borrowed from a Sega-loving friend for a weekend. Immediately, the intro sequence grabbed me. As a storm rages in New York City, our hero is working late into the night on one of his comics. Then a lightning bolt strikes him and he's magically transported into the very page he was drawing. He finds himself in the post-apocalyptic ruins of NYC, punching aliens with the severed, shattered head of the Statue of Liberty looming in the background. It was astonishing looking at the time, and it's still one of the 16-bit era's best looking games.

I was loving finally getting my hands on Comix Zone, but then I died. Again, again, and again. Repeatedly, until I was close to hurling my controller across the room. My friend had warned me it was difficult, but that was an understatement. See, this game isn't just 'hard' in the way most old '90s games are—especially to people spoiled by the hand-holding and mollycoddling of modern games. It's straight up solid. Towards the end of its development, Sega's testing department cruelly suggested the game be made more difficult before launch. It was, and one of the most notoriously unforgiving games of all time was born.

I know a lot of people who played Comix Zone, but not anyone who finished it—or even got past the first level. Among my group of friends, no one ever bought new games. They were just too expensive. Instead, we traded anything we were bored of in for something else at a stall in the local market. I remember always seeing heaps of Comix Zone cartridges on display there, presumably from Genesis owners who'd been suckered in by the next level visuals, only to give up after dying one too many times, admitting defeat, and trading them in. I don't blame them. I barely scraped my way through the first stage before giving it back.

I'm sure some people did finish it—and I salute them. I just didn't have the patience, and neither did any of my friends seemingly. Comix Zone became a game people would trade or borrow just to get a taste of those incredible visuals, then immediately toss back. It's a shame, because a lot of passion clearly went into it, and the comic book gimmick is wonderfully realised. I tried playing it today, wondering if I'd be able to get any further, but nah. I'm still terrible at it, and have even less patience now than I did back in the '90s. Even so, Comix Zone is a controversial Genesis classic that shouldn't be forgotten.