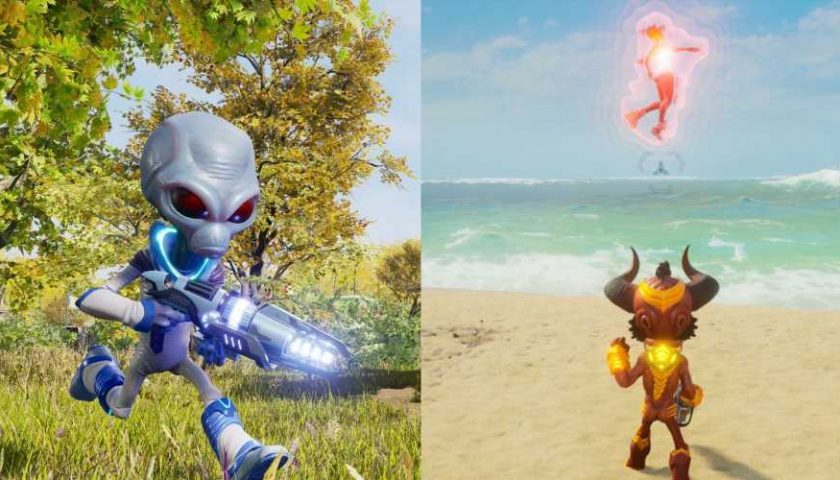 Destroy All Humans, the remake of the PS2/Xbox cult classic is full of devilish ways to do what the title says: wreak havoc on mankind. From incineration and probing to throwing a cow at an unsuspecting citizen, there are dozens of unique ways to mess with humans. Luckily for us, the game has many incentives for players who find creative ways to dispose of humans.

Destroy All Humans features plenty of in-game rewards for completing challenges, but one of the game's most obscure Achievements isn't sign-posted in any of these side challenges. The 'Do Feed the Sharks' Achievement/Trophy can be tough to find but it's crucial in gaining 100% completion or your Platinum Trophy. 'Do Feed the Sharks' is worth 30 Gamerscore or a Silver Trophy.

'Do Feed the Sharks' Location 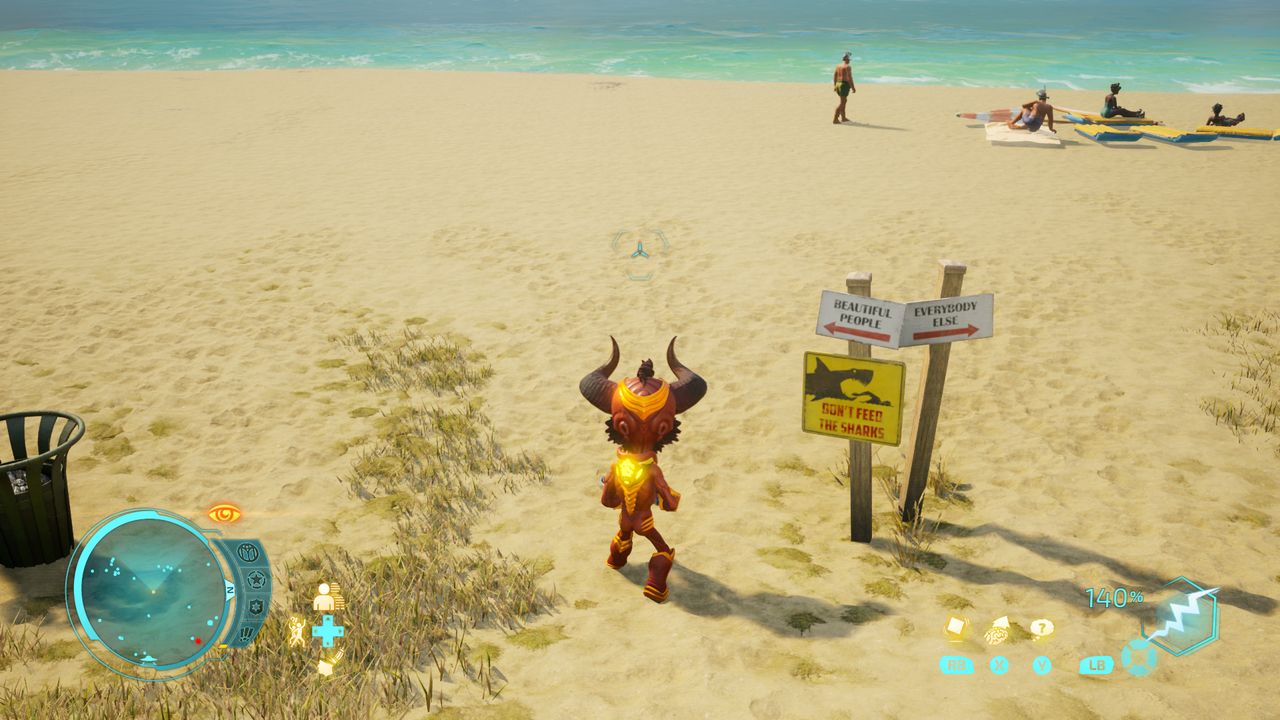 The 'Do Feed the Sharks' Achievement is only earnable in one of the game's maps, Santa Modesta, the game's third unlockable location. You'll unlock Santa Modesta after completing the Citizen Crypto mission in Rockwell. After that, you should be able to travel there from the Furon Mothership's mission selection screen – make sure you choose Explore Area rather than Start Mission, since the latter may force particular restrictions on you.

Once you land, head in a straight line to the North-West coast. Go to Ed Schully's Motel, which will be visible with its bright neon sign. There should also be a Furon Probe collectible atop the sign, jetpack onto a nearby building before gliding to catch it.

Just behind the Motel, you'll find a gap in the fence leading down to the beach. You should notice a group of cheeky signs at the bottom of the slope. 'Beautiful People' points to the left, while 'Everybody Else' points to the right. If you look close enough you might notice the same NPC model on both sides, so I guess the beauty police took the day off. There'll be another Furon Probe waiting on the lifeguard tower just left of the signs. Use your jetpack to collect it.

The third sign is the one that gives us our biggest clue as it reads "Don't Feed the Sharks" right under a drawing of a shark attack. Of course, you're going to ignore that, since you're an evil alien. Go ahead and use Psychokinesis on any of the beach's residents to lift them into the air, there should be plenty of beachgoers lying in the sand, even at night. Aim them into the ocean and let go to send them flying.

Unfortunately, there's no animation depicting an actual shark attack, but doing this will reward you with the 'Do Feed the Sharks' Achievement/Trophy with the description "Demonstrate Furon free Spirit near a warning sign placed by the human authorities."