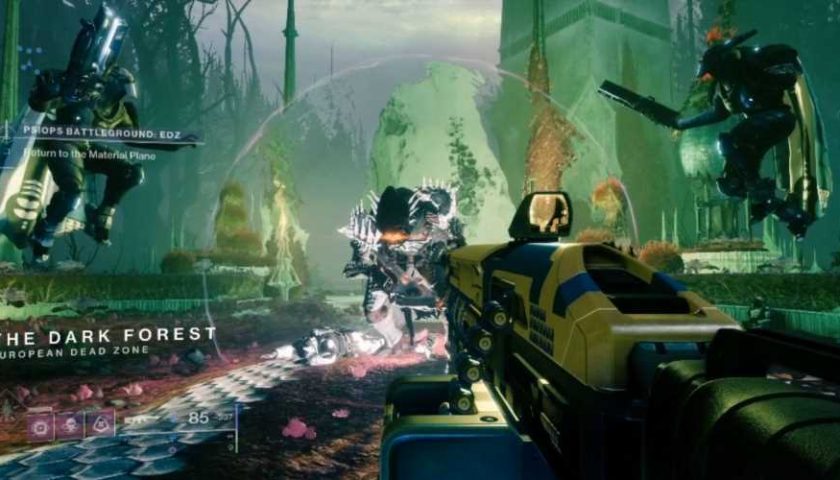 Alongside Destiny 2's new expansion, The Witch Queen, comes a brand-new season called Season of the Risen. It's premiere playlist activity, PsiOps Battlegrounds, challenges you and a fireteam of up to three players to track down light-bearing Hive, sever their link to Savathun, and bring them back to the H.E.L.M.

You'll be repeating this playlist activity quite often throughout Season of the Risen, so it's important to understand the mechanics at play and the rewards it offers. If you're looking for information on the PsiOps Battlegrounds, including where it's located, how to complete it, and what you earn, we've got you covered.

How To Complete The PsiOps Battlegrounds

You launch this activity for the first time from the EDZ. map as part of the Operation Elbrus seasonal quest. Start by hopping on your Sparrow and driving forward until you run the Hive. You'll need to defeat multiple waves of enemies here before you can progress, and many of the knights and thralls you'll encounter will be enhanced with light powers. Take special care to avoid the explosive moths. Everytime you eliminate an enemy empowered by light, that is, any glowing enemies that have overshields, they'll produce a moth when they die. The moth will either fly at your fireteam and explode, or fly to another host in order to empower them. Shoot these moths when they appear to prevent either scenario.

It's also important to note that this activity changes significantly after your first completion. Once you've done the PsiOps Battlegrounds once, the playlist will introduce a rotation of modifiers that change each week, just like Strikes. The first week's modifiers include Void Singe, Stasis Singe, and Champions. The director says there are Barrier and Unstoppable Champions, but I personally have only encountered Unstoppable Champions. Make sure someone on your fireteam brings an Unstoppable mod for either pulse rifle or hand cannon.

Once you eliminate three waves of Hive, you can advance to the next objective. Follow the quest marker and make your way up the creek until you reach a portal. Eliminate the Hive gathered here and enter the portal to proceed. There are three rooms you'll need to fight through before you reach the boss.

Each time you enter a portal, you'll need to defeat all of the Hive that spawn until you locate a sword-weilding enemy called the Lucent Reliquest. Defeating this knight will cause a sword to spawn that your entire fireteam to pick up. Use this sword to attack the shielded Hive witch called the Lucent Portalguard. Once she's defeated, make sure you use a finishing move on her ghost to make sure she can't respawn. Another portal will open behind her once her ghost has been destroyed. Enter it and repeat this exact process two more times. 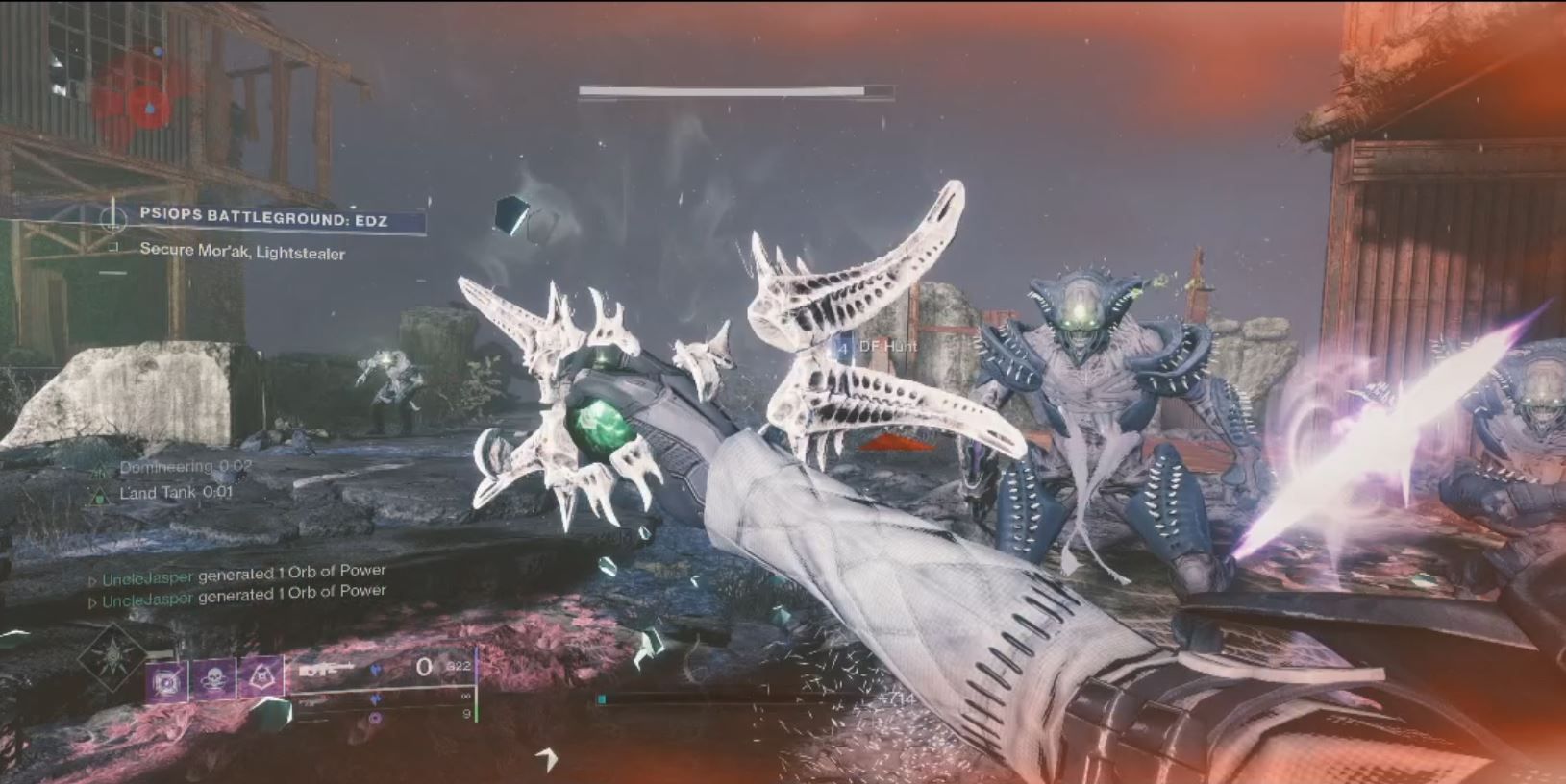 After defeating three Portalguards, the final portal will take you to the boss, known as Mor'ak Lightstealer this week. Ignore the Hive that spawn and focus on dealing as much damage as you can to Mor'ak. Once you get him down to 75 percent health, Cabal Psions will spawn in and teleport you and your fireteam into the mindscape.

This is the final battle on the PsiOps Battleground. There are three phases to the fight. First, simply deal enough damage to drop him down to 75 percent health once again. At this point, Mor'ak will become invincible and disappear. At this point, an Aspect of Savathun will appear. The only way to damage her is by picking up the Synaptic Spear that spawns on the steps in the middle. Throw spears at the aspect until she's dead. 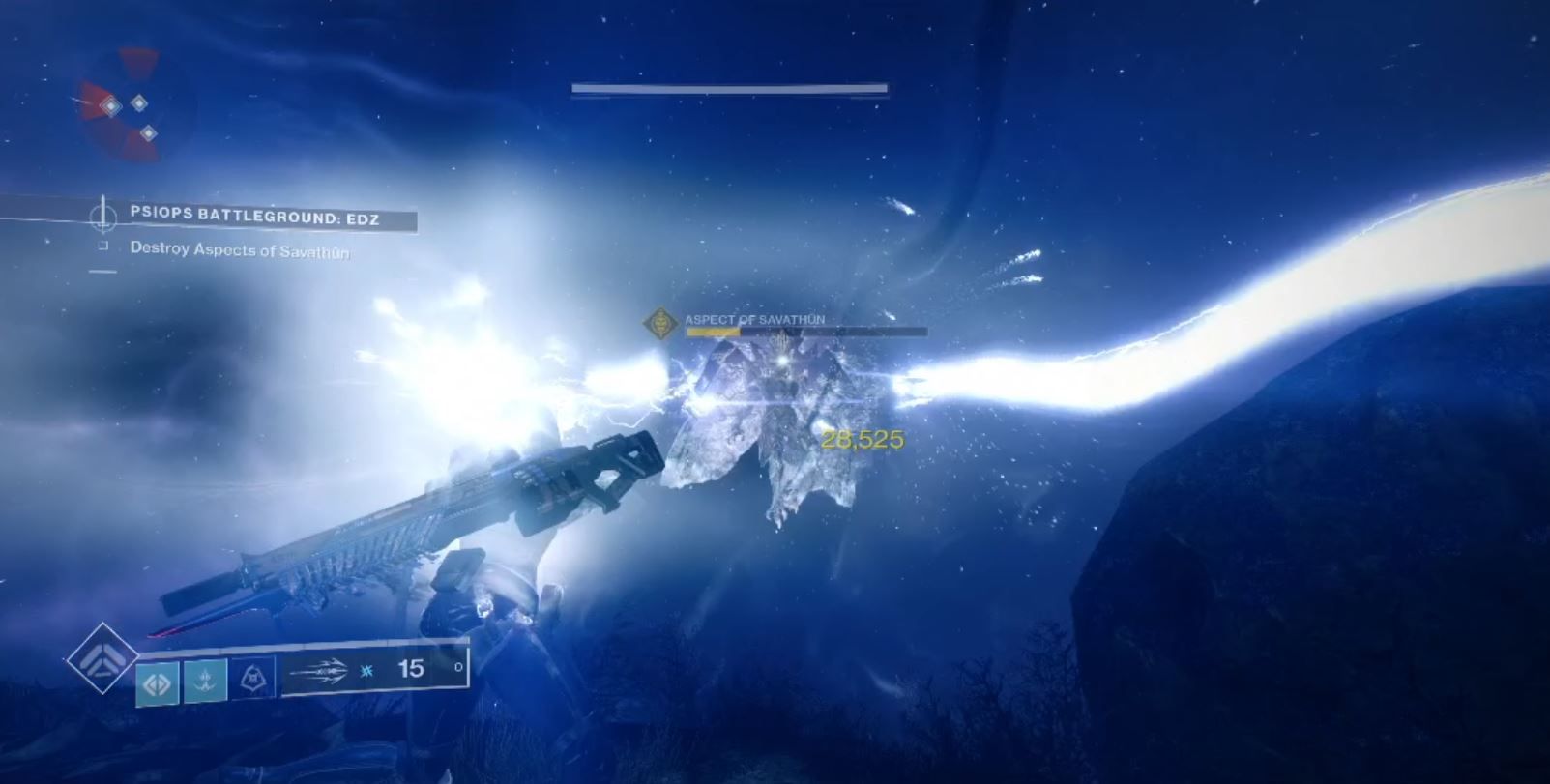 Mor'ak will then return and you'll need to deal damage to him again until he's down to just a third of his health. Watch out for his Blade Barrage ability. If you see red blade spinning above Mor'ak head, get to cover immediately. Once he only has 25 percent health left, two more Aspects of Savathun will spawn. This time the Synaptic Spears will spawn on the left and right side of the map, in the cave and ontop of the rubble respectively, so launch your attack once you've picked up the spears. Kill both aspects and Mor'ak will return one final time. Finish him off and the Cabal Psions will return you to the physical plain where you can collect your prizes.

You'll only launch this activity from the EDZ the first time. After that, you'll need to launch it from the node at the top of the H.E.L.M. This is the only way to earn quest progress and access the Runic Chest that spawns after completion.

What Do You Get For Completing The PsiOps Battlegrounds?

Completing the PsiOps Battlegrounds in the EDZ is required for progressing through a number of steps in the Operation Elbrus seasonal questline. As the season unfolds, more battleground locations will appear and new quest steps will become available. For now, you only need to complete the introductory battleground mission and one subsequent battleground, from the playlist menu in the H.E.L.M., once you've collected 500 Psychogenic Intel. Once you've completed the PsioOps Battlegrounds twice this week, you won't be required to do the activity anymore until next reset. 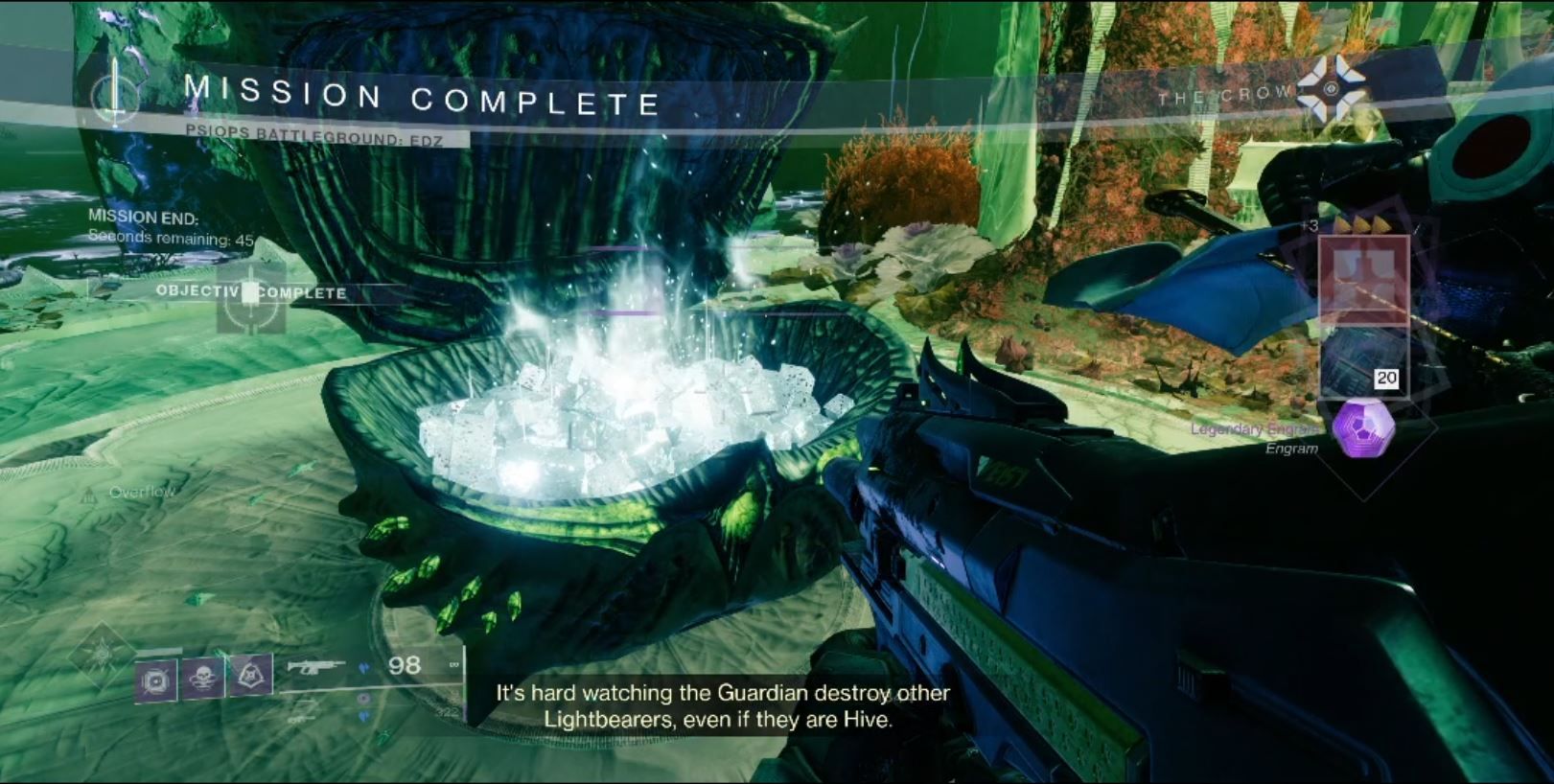