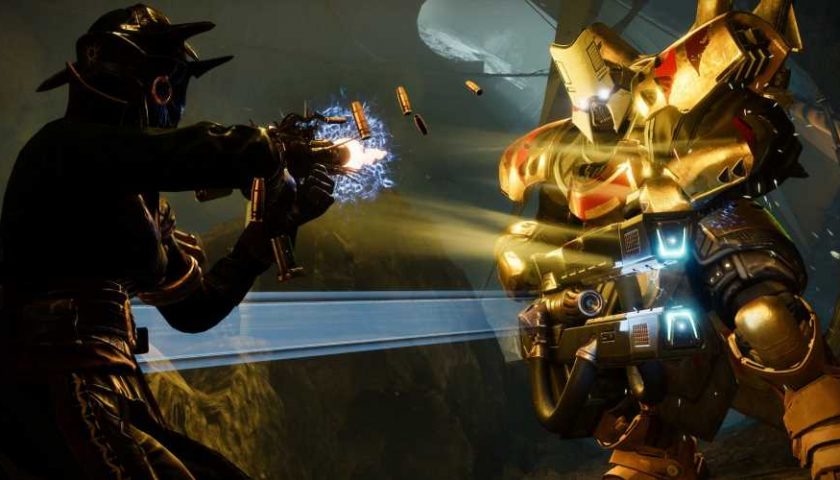 Like recovering long-buried treasure, Season of Plunder brings back several fan-favorite weapons with refreshed perk pools and new Origin Traits. We’ve also got a couple of new Iron Banner, Trials of Osiris, and core playlist weapons that will keep your eleventh strike worth doing for that chance at a god roll.

Just like the new craftable season weapons, we’re going to take a look at every other new weapon added in Season of Plunder and make a few recommendations for your search for true pirate booty. Which are guns, of course. Pirates care for nothing else, after all. 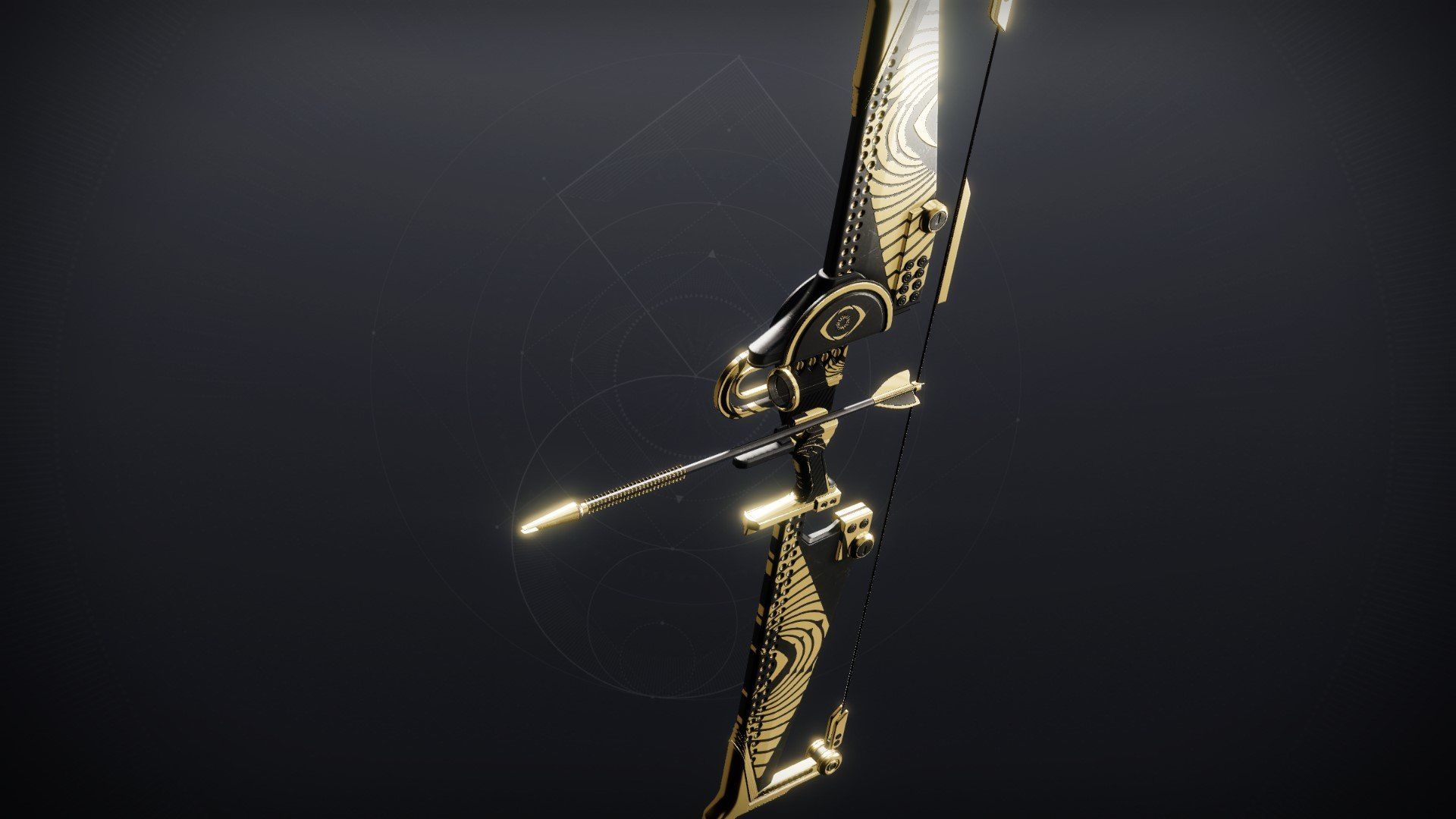 Lightweight Bows got buffed in Season of Plunder, so you might want to consider this weapon for your next Nightfall. And if you're one of the many Bow-swappers in the Crucible, you'll definitely want to take a look at Whistler's Whim.

Rapid Hit and Archer's Tempo is a beloved perk combo that we haven't seen since The Vow, and it's one I've certainly missed, but ignore all that and look at Kill Clip. Bow's reload after every shot, so Kill Clip essentially says deal 33 percent more damage after every kill. That has huge potential both inside and out of the Crucible.

Gutshot Straight is another new perk for Bows that bears some investigation, but until we know how much extra damage it provides, Kill Clip seems the more powerful choice. 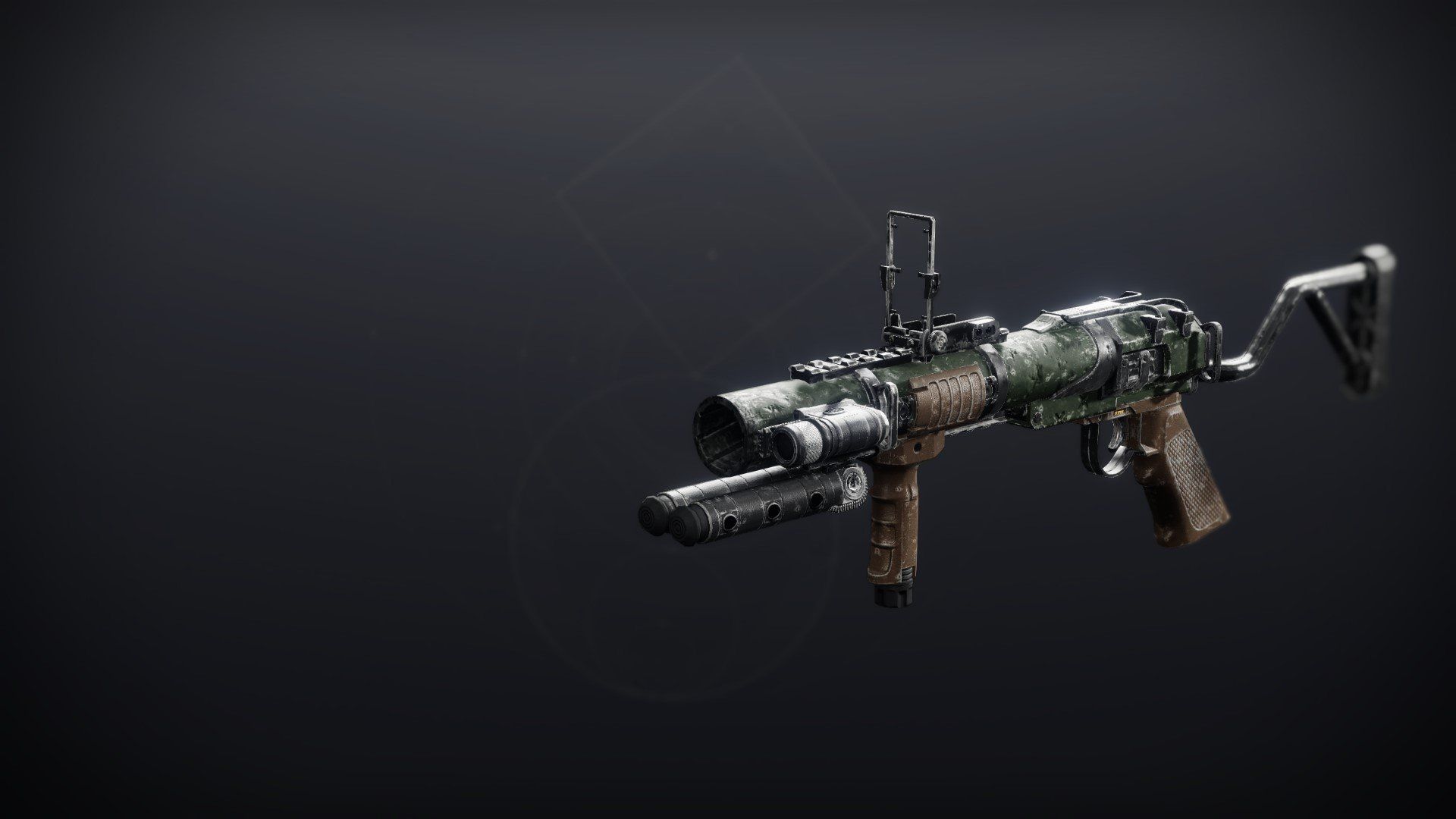 If you don't like Slideways, there are plenty of other options. Ambitious Assassin pairs well with Multikill Clip or Frenzy. Grave Robber and Pugilist or Swashbuckler are also great pairings. Frenzy is good all-around, and nobody will argue with the utility provided by Auto-Loading Holster. Whatever Militia's Birthright provides is almost certain to be useful. 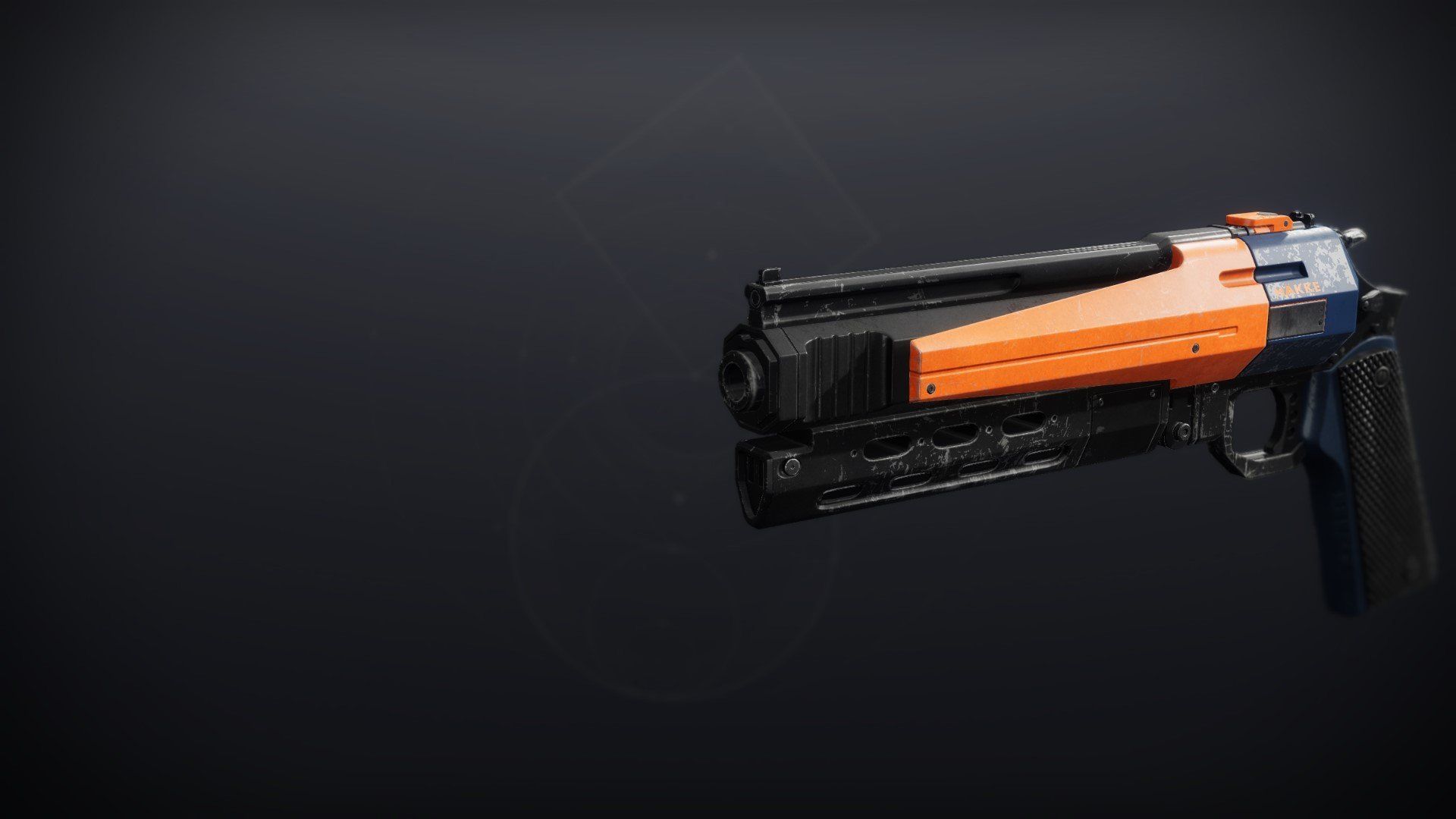 Pure Poetry is the first of our new playlist weapons with a perk pool so large that it's basically impossible to grind for any particular role. It has a few good perks and it's overall stats are decent compared to its nearest rival, True Prophecy, but it's hard to recommend Pure Poetry over something like last season's Austringer even if you prefer Aggressive Frame Hand Cannons.

Outlaw and Perpetual Motion are the standouts in the left column, although Ambitious Assassin can now overload the magazine to 150 percent, which is even better than Overload. The right perk column brings Frenzy, Rampage, Multikill Clip, and Swashbuckler, but also newcomers Under-Over and Pugilist. Under-Over is a useful Crucible perk with limited use elsewhere, and Pugilist is good for melee builds, but good luck getting either of these perks to drop. 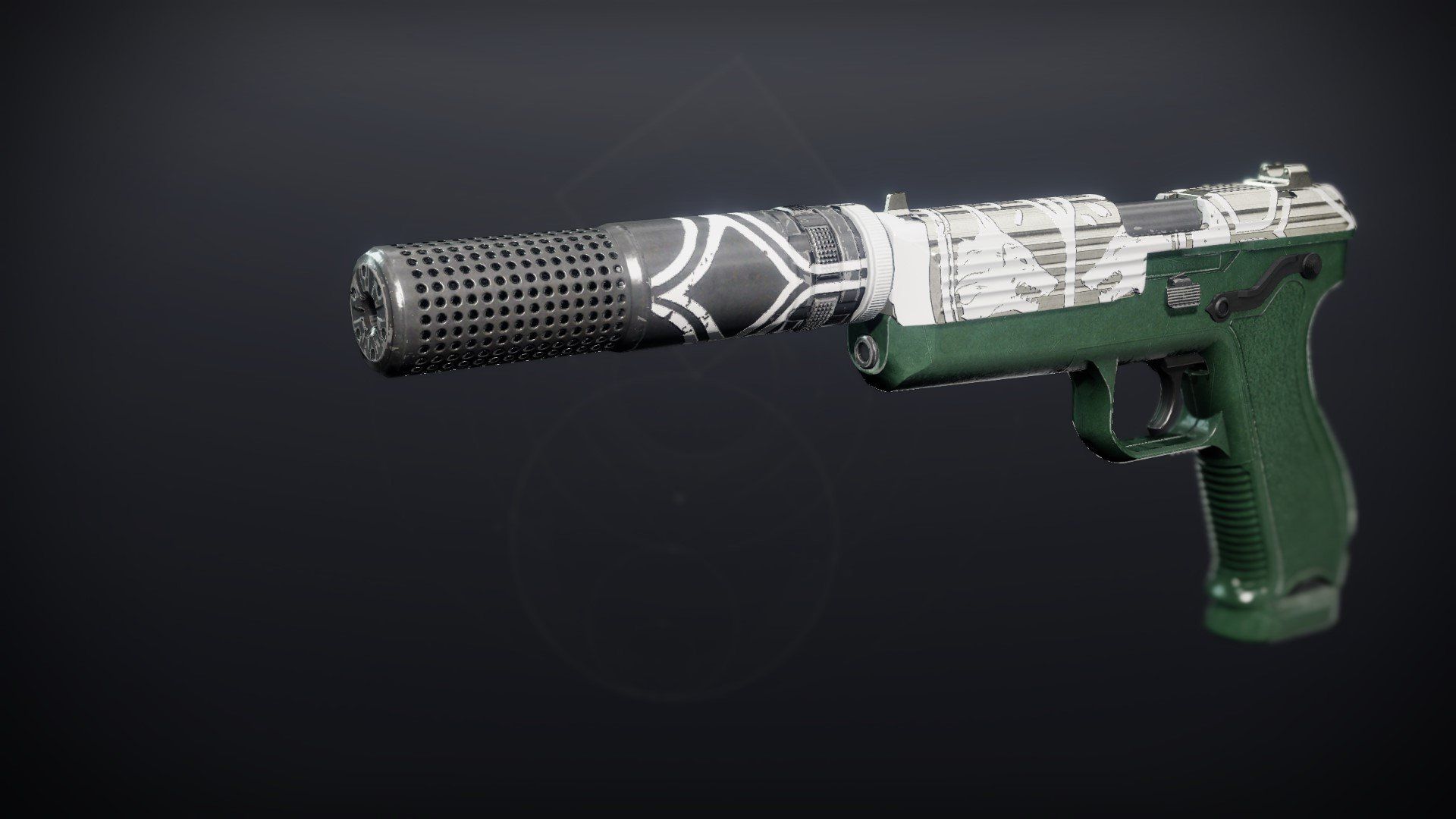 It's been a while since Destiny has seen an Adaptive Frame, single-shot Sidearm. If that's what you want, then I'd honestly recommend going into your vault and playing with Buzzard if it weren't sunset. Allied Demand has a few new perks, but neither of them seem worth picking over standbys like Frenzy and Multikill Clip.

The first is Under-Over, which deals bonus damage to overshields and a little bonus damage to regular shields. Good for a Crucible meta dominated by Titan overshields, but bad everywhere else. Gutshot Straight deals bonus body damage in exchange for target acquisition, a mercurial stat that often determines the difference between a headshot and an outright miss. On a sidearm where you might be frantically firing at close range rather than carefully lining up heads, this could be a useful perk, but its fighting Multikill Clip and Frenzy, which are both more reliable. 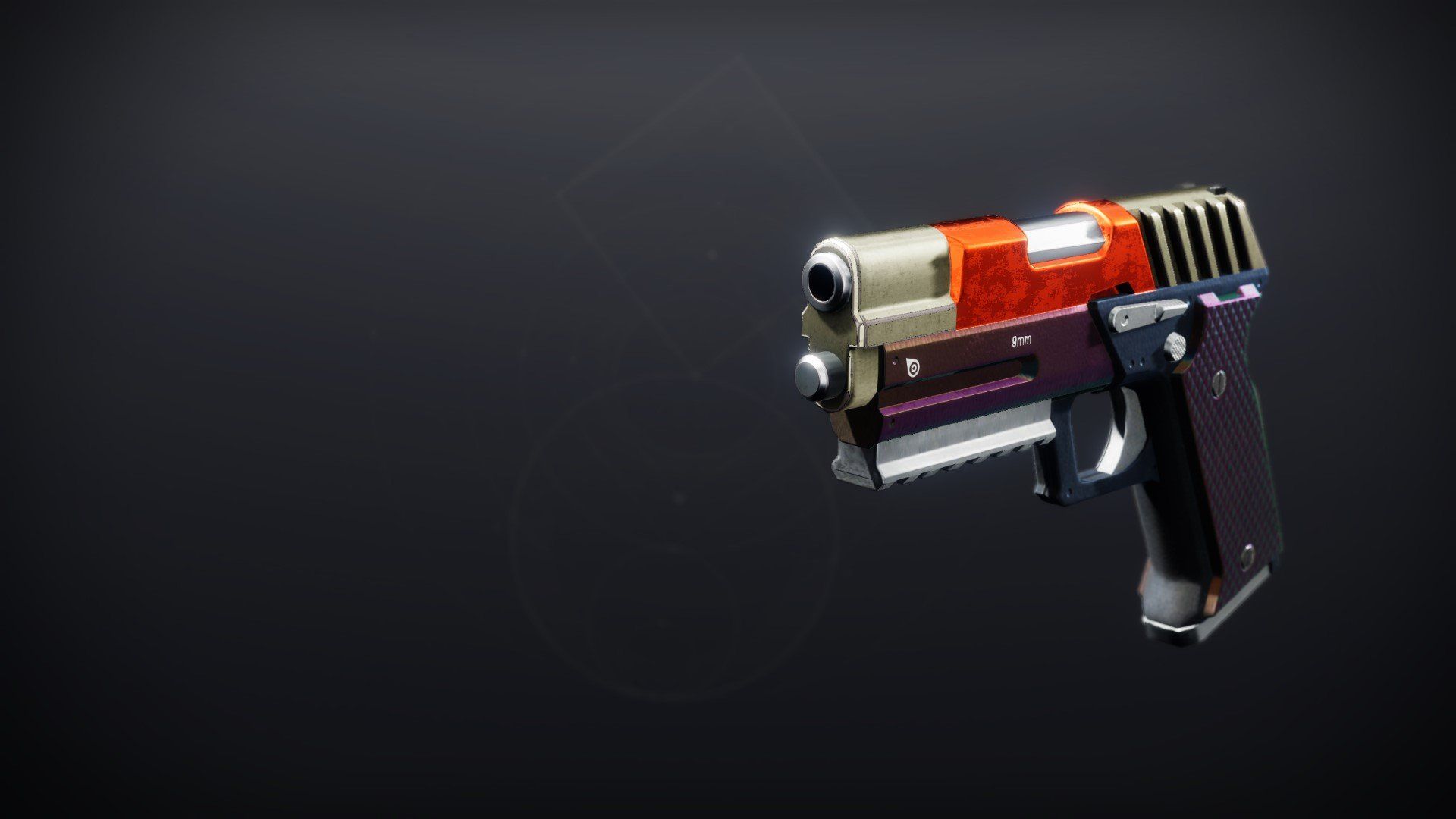 Boudica-C seems like a far more achievable Sidearm choice compared to Allied Demand. For starters, it just drops from Legendary Engrams without the need to wait for Iron Banner. And second, it has a far smaller perk pool to improve your odds of getting any given roll.

Ambitious Assassin received a huge buff this season and it pairs extremely well with Multikill Clip. Frenzy is another great perk that will always be high on my list. Another combo is Puglist and Swashbuckler, where Guardians can gain damage and melee energy from the same weapon. And don't forget about Osmosis for times when you really wish you had an extra element in high-level content.

Crucible players have Moving Target, Threat Detector, and Gutshot Straight to search for. Hip-Fire Grip is a slept-on perk, but it's great for short-range weapons like Sidearms. 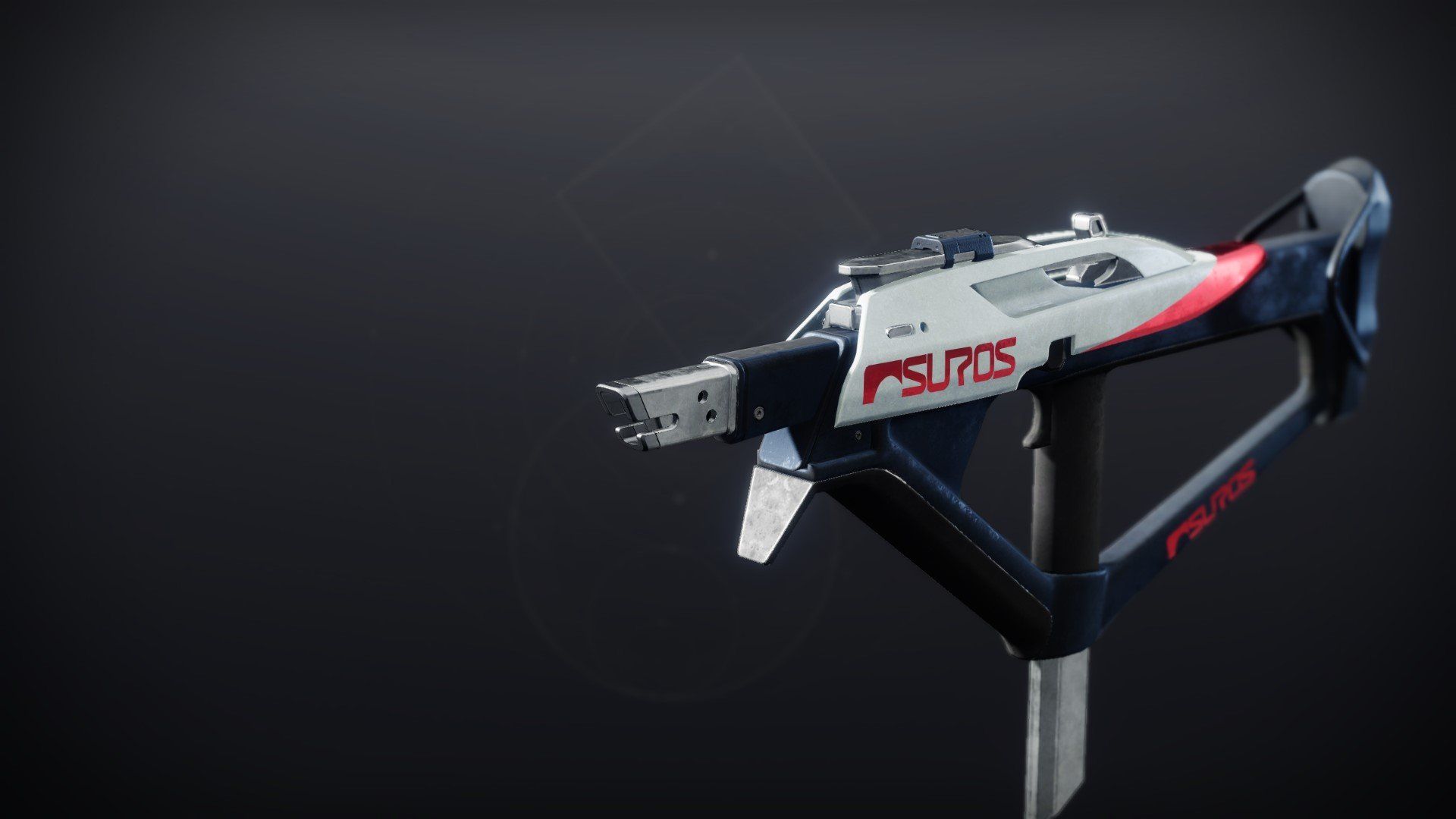 I don't care what this weapon is actually called, it's forever the Pizza-22 to me. Also, this is our first 900 RPM Submachine Gun in forever, and it's a Suros Subby, which means it has the Suros Synergy Origin Trait. All this combines means I don't even care about this gun's perk pool.

Which is good, because the perks aren't that great. Ambitious Assassin and Multikill Clip are there, but Pugilist and Swashbuckler are both in the right column alongside utility perks like Threat Detector and Osmosis.

Since 900 RPM Submachine Guns were a Crucible staple long ago, my impression of the Pizza-22 is that it'll be the new PvP close-in weapon of choice. Throw on Hip-Fire Grip and Demolitionist or Swashbuckler, and run and gun to your heart's content. 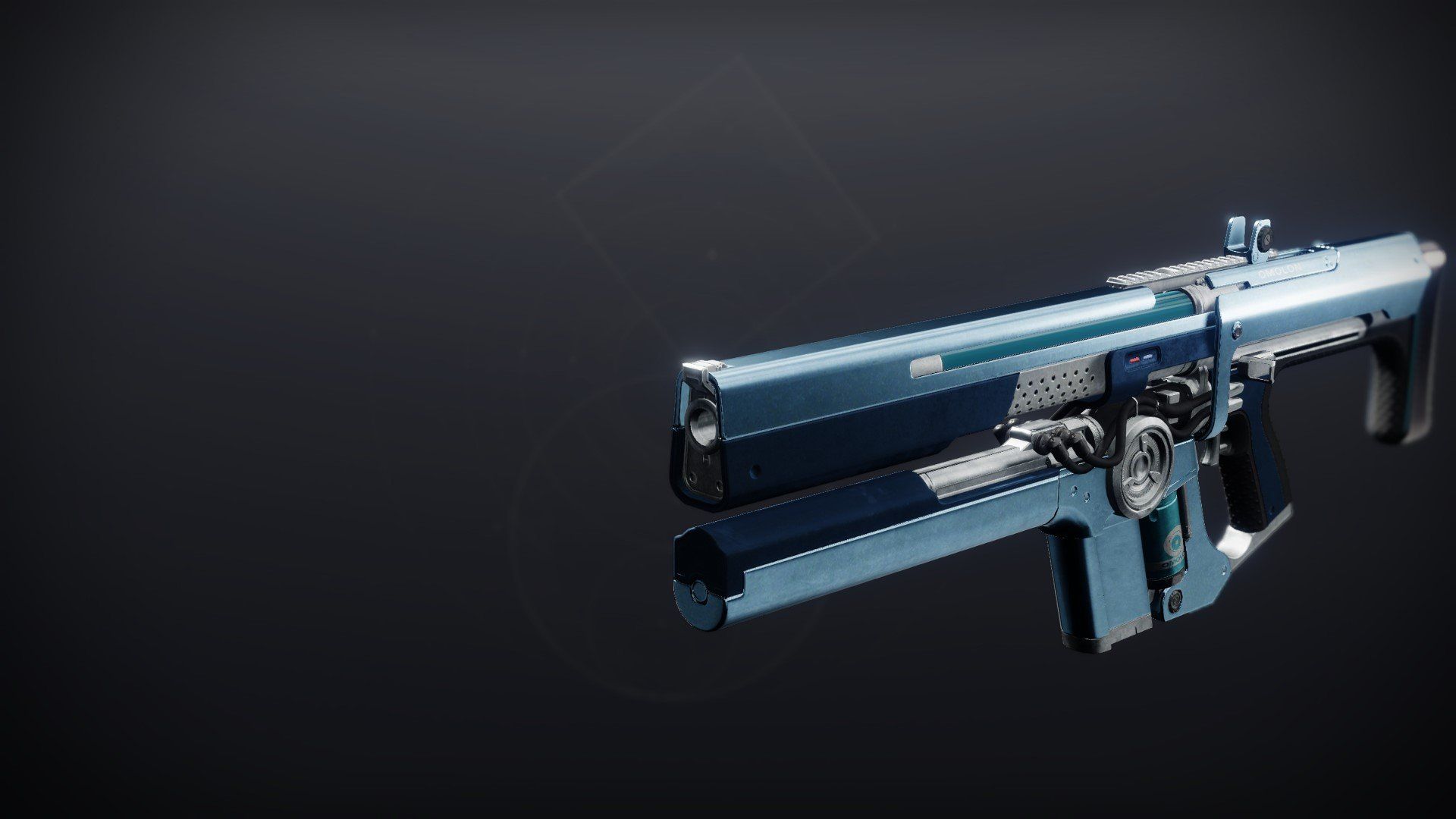 It's funny to see the best Solar Auto Rifle arrive in the season after the Solar 3.0 rework, but better late than never. This Omolon Precision Auto Rifle has excellent stats compared to every other Precision Auto, and it can roll Incandescent for Solar ability synergies.

Ambitious Assassin and Surplus are the standouts on the left-hand column, and if you don't want Incandescent, then there's Pugilist, Adrenaline Junkie, and Adaptive Munitions, all of which are great choices. Surplus and Pugilist go together particularly well. PvPers can combine Dynamic Sway Reduction, Tap The Trigger, and Omolon's Origin Trait to turn the Ammit AR2 into a laser. 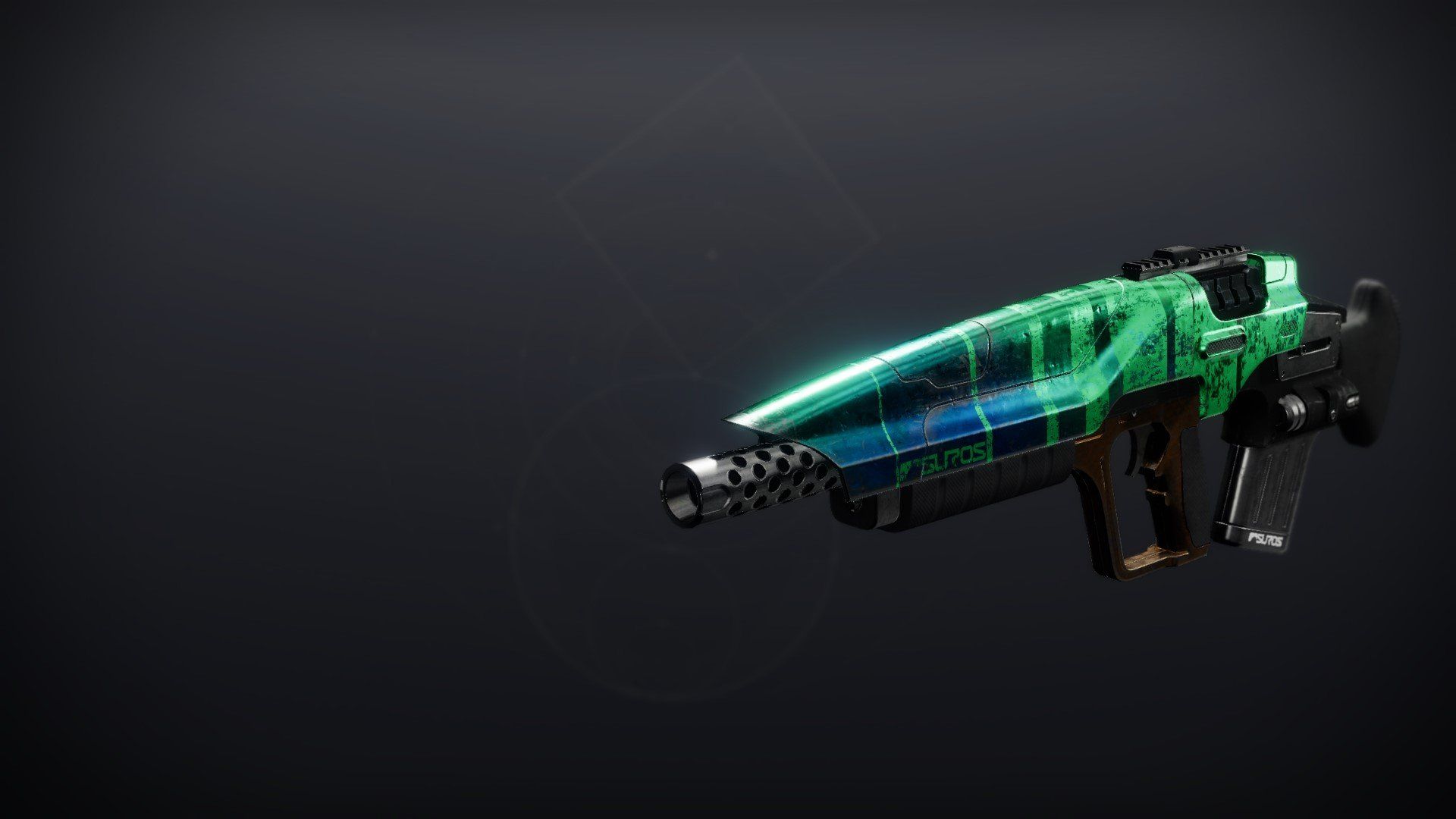 Gambit playlist weapons had their Origin Trait reworked to provide more sprint speed following rapid defeats of opponents. That's great for Yesteryear, but what's really great is Desperado, a perk that was previously only found on the Trials of Osiris weapon, The Messenger, and the raid-only New Purpose.

Unfortunately, Yesteryear has 12 perks in both columns, so getting that Outlaw/Desperado combo is going to be tough if you don't absolutely love playing Gambit. On the plus side, Yesteryear has a lot of other great perks, like Focused Fury, Rampage, Pugilist, Perpetual Motion, Dragonfly, Wellspring, Golden Tricorn, and Ambitious Assassin. You're unlikely to get a bad Yesteryear, but you're not likely to get the best one either. 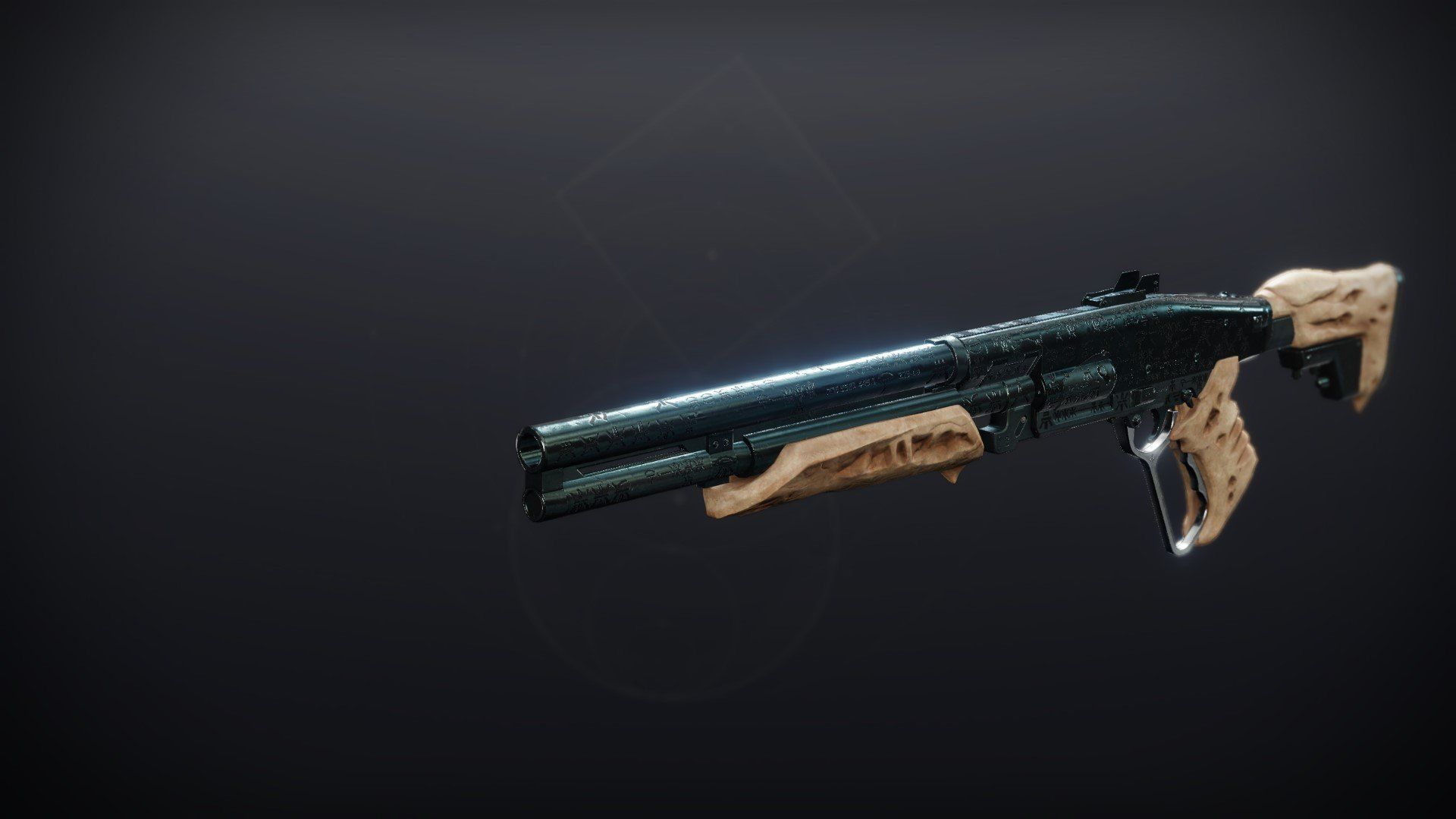 Mindbender's used to be the bane of the Crucible, but times have changed. Quickdraw isn't available on Shotgun's anymore, and Aggressive Frame Shotguns have largely been replaced by nimbler Lightweight Frames like Without Remorse.

But you can get Pugilist and One-Two Punch on Mindbender's, making it a perfect complement to melee-focused builds. Swashbuckler is also there, as is Incandescent for Solar builds. For Crucible players that absolutely demand the stopping power of Aggressive Shotguns, Fragile Focus can help with extending Mindbender's mediocre range. 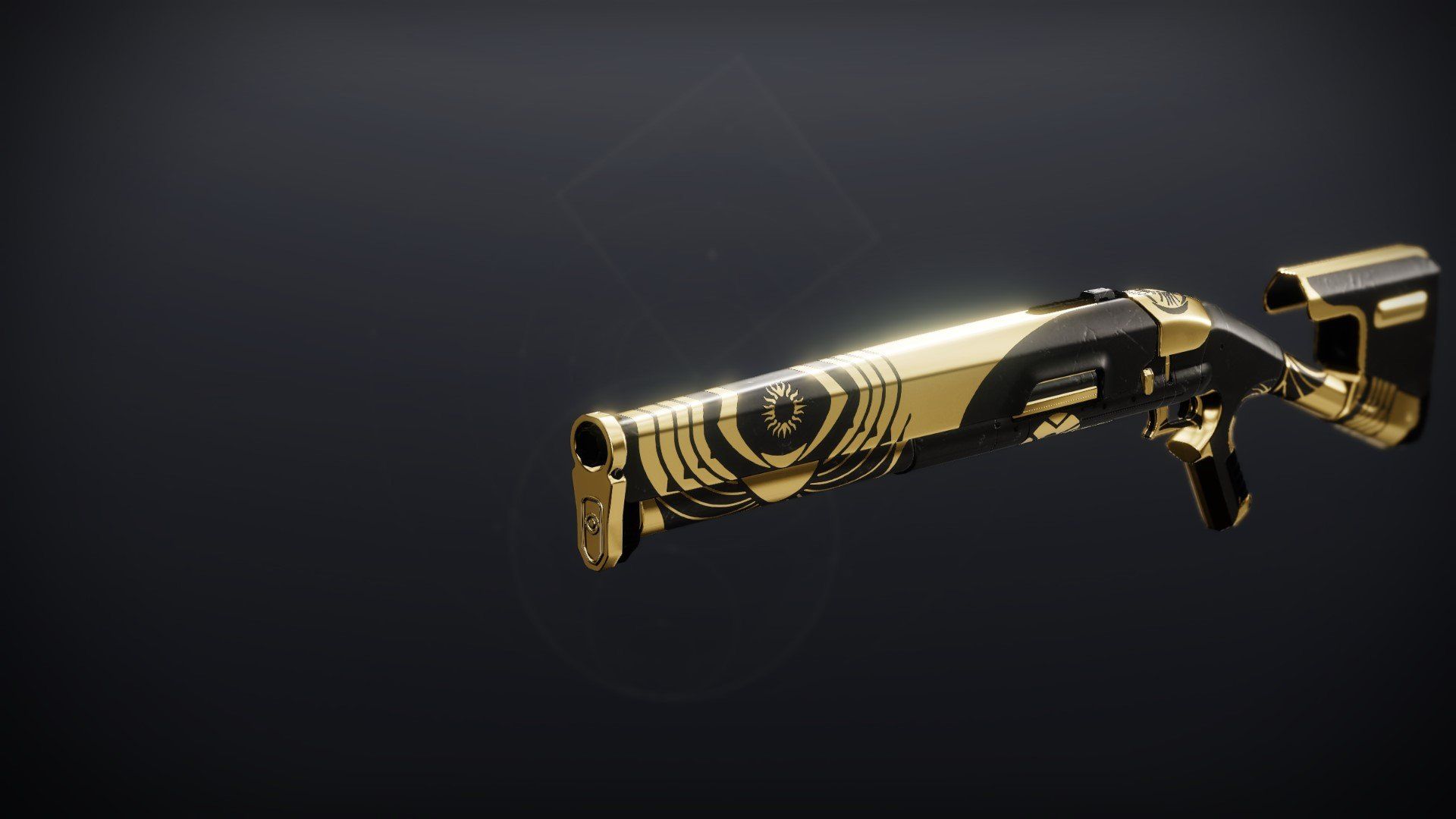 Opening Shot is still a great perk on a slug Shotgun, and The Inquisitor has that going for it along with its incredible stat package. But beyond that, it doesn't have a whole long going on. There's no Slideshot or Snapshot Sights to pair with that Opening Shot. Instead, you've got Perpetual Motion and Pulse Monitor. Not exactly ideal for a shotgunner in the Crucible.

Things are better on the PvE side, where The Inquisitor pairs Demolitionist and Golden Tricorn for the first time on a Secondary Ammo weapon. Golden Tricorn out-performs Adrenaline Junkie on a grenade or melee kill, and Demolitionist provides grenade energy with every body that hits the floor. That's a potent enough combo that might make The Inquisitor worth entering the Trials of Osiris. 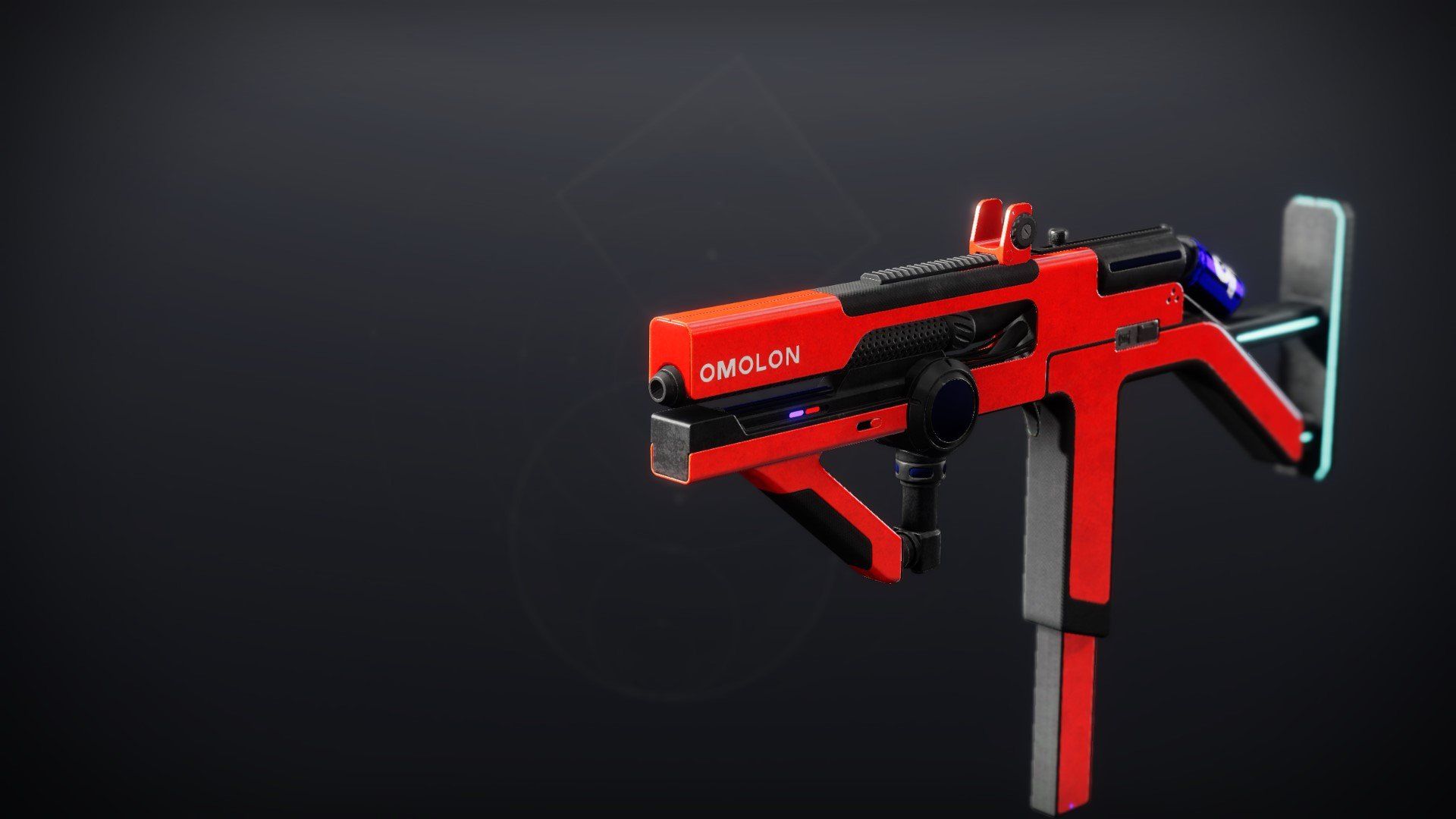 If you wanted an Arc Funnelweb, I have bad news and worse news. The bad news is that Out Of Bounds has poorer overall stats than Funnelweb, and the worse news is that it's the new Crucible-only playlist reward gun. This means it has an enormous perk pool that will make grinding for any particular roll impossible.

On the bright side, it does have Omolon Fluid Dynamics, a great Origin Trait on Submachine Guns of all flavors, and you can potentially get Demolitionist and Golden Tricorn. It also deals Arc damage, making it good for Arc 3.0 regardless of what perks it drops with. 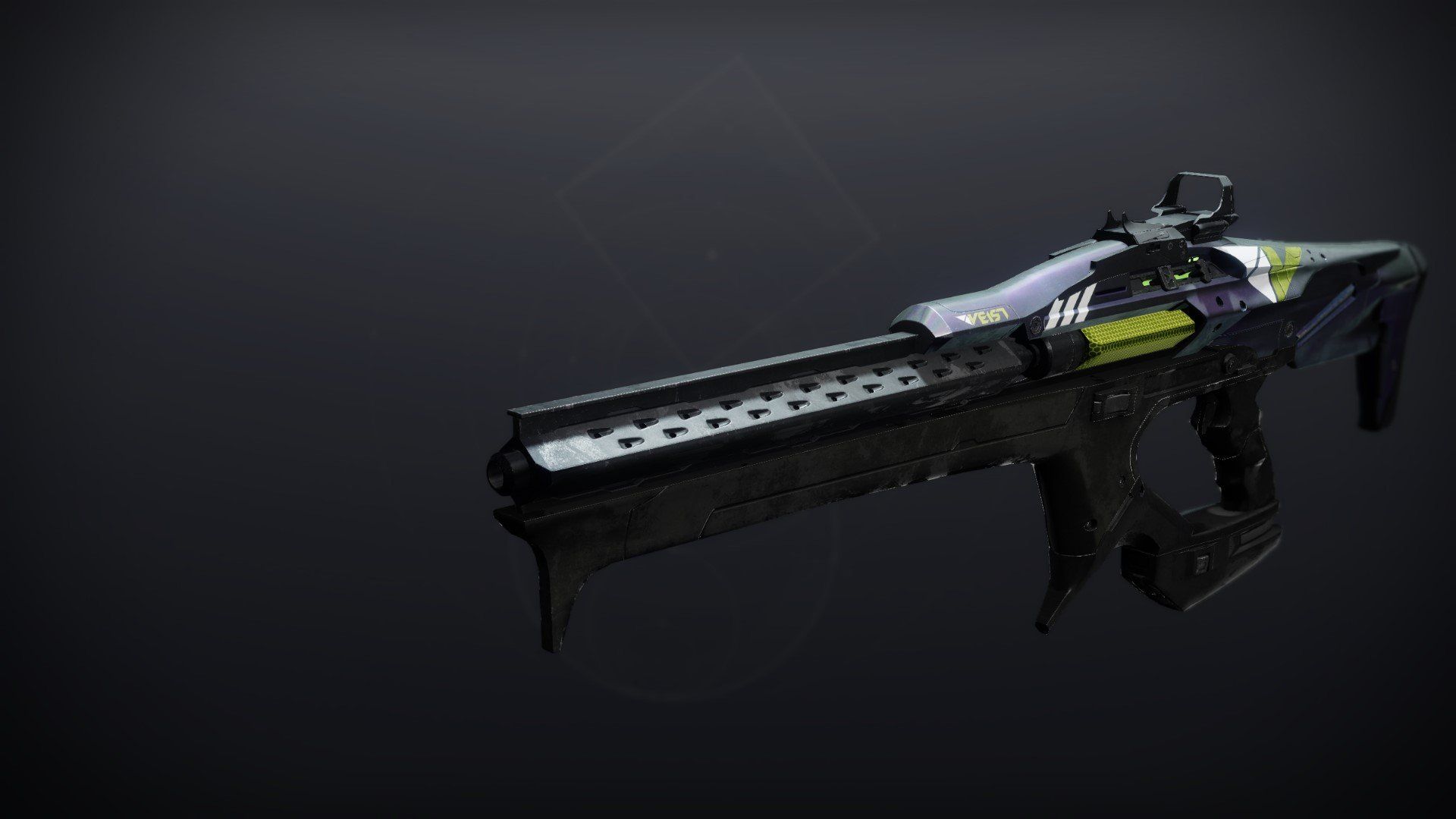 Taipan is no Stormchaser, which means it just won't deal as much damage as its next best competition. It does, however, have Triple-Tap, which pairs excellently with the Veist Stinger Origin Trait, and your choice of either Focused Fury, Firing Line, or Frenzy. I'm personally a Focused Fury fan, but any of these three work great.

On the PvP side, you can pick either Snapshot Sights or Opening Shot in the right column. Literally nothing in the left perk column is particularly beneficial outside of Fragile Focus, but it is extremely unlikely for a Guardian to need that much extra range from a Linear Fusion Rifle on the current Crucible map rotation.

Roar Of The Bear 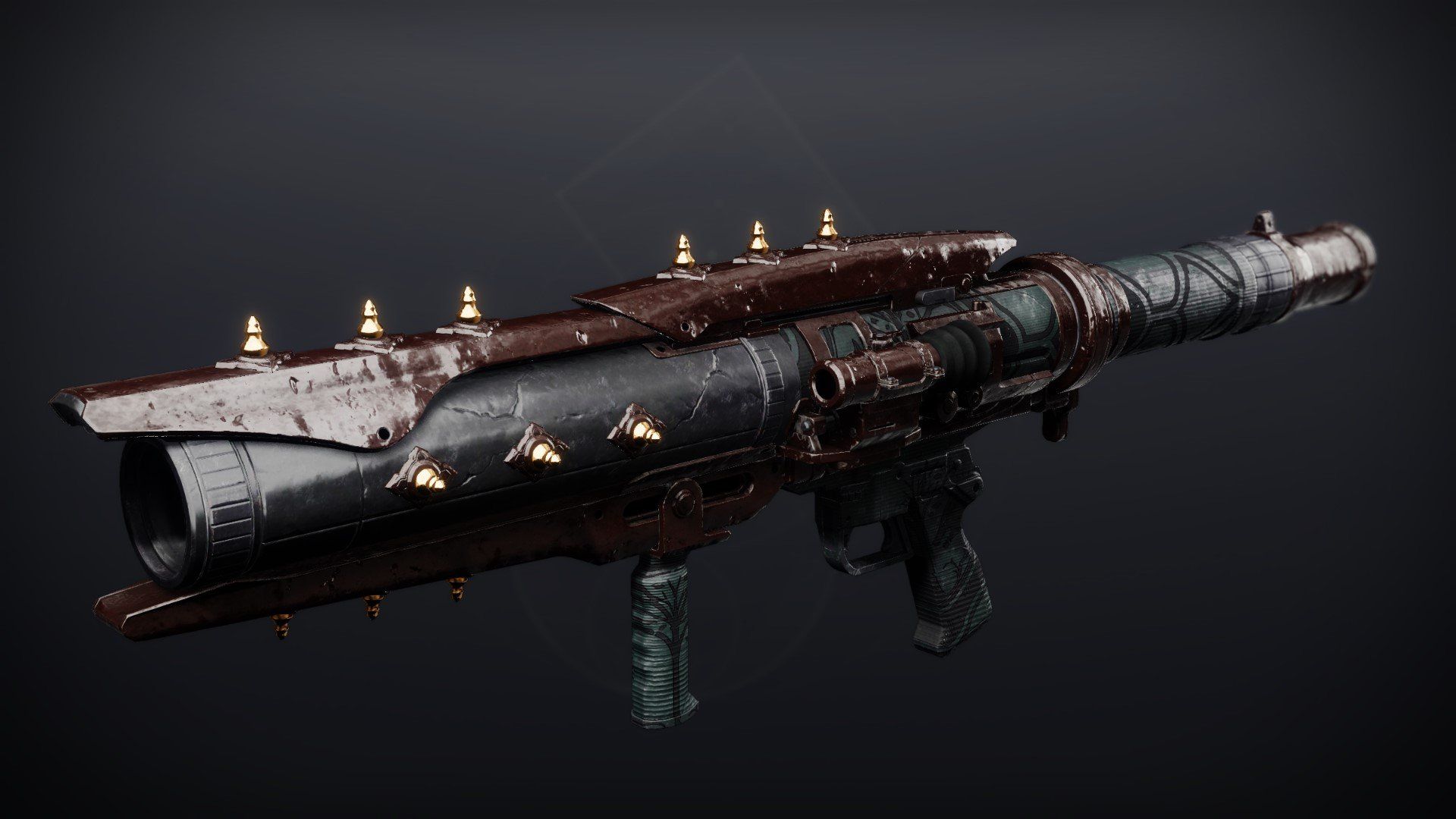 Want homing rockets? Tracking Module is there. Faster rockets? Impulse Amplifier is the call. More rockets? Field Prep and Ambitious Assassin are both here to help. Things don't get any easier on the right perk column with every single perk offering something except for Chain Reaction, which won't offer much because Roar Of The Bear's blast radius is already so large that there's unlikely to be any survivors to chain to.