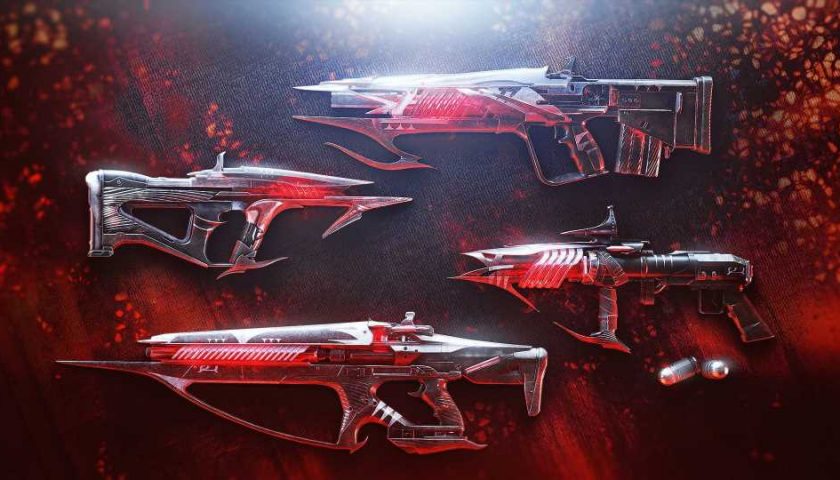 We’ve already got Season of the Haunted’s new seasonal weapons, its refreshed world loot pool, and the new Iron Banner guns, which leaves the new Duality dungeon gear for our best rolls series. Duality is perhaps Destiny 2’s toughest dungeon yet, but the weapons waiting inside are certainly worth the effort. Here’s what you should be looking for while delving deep into Calus’ mind. 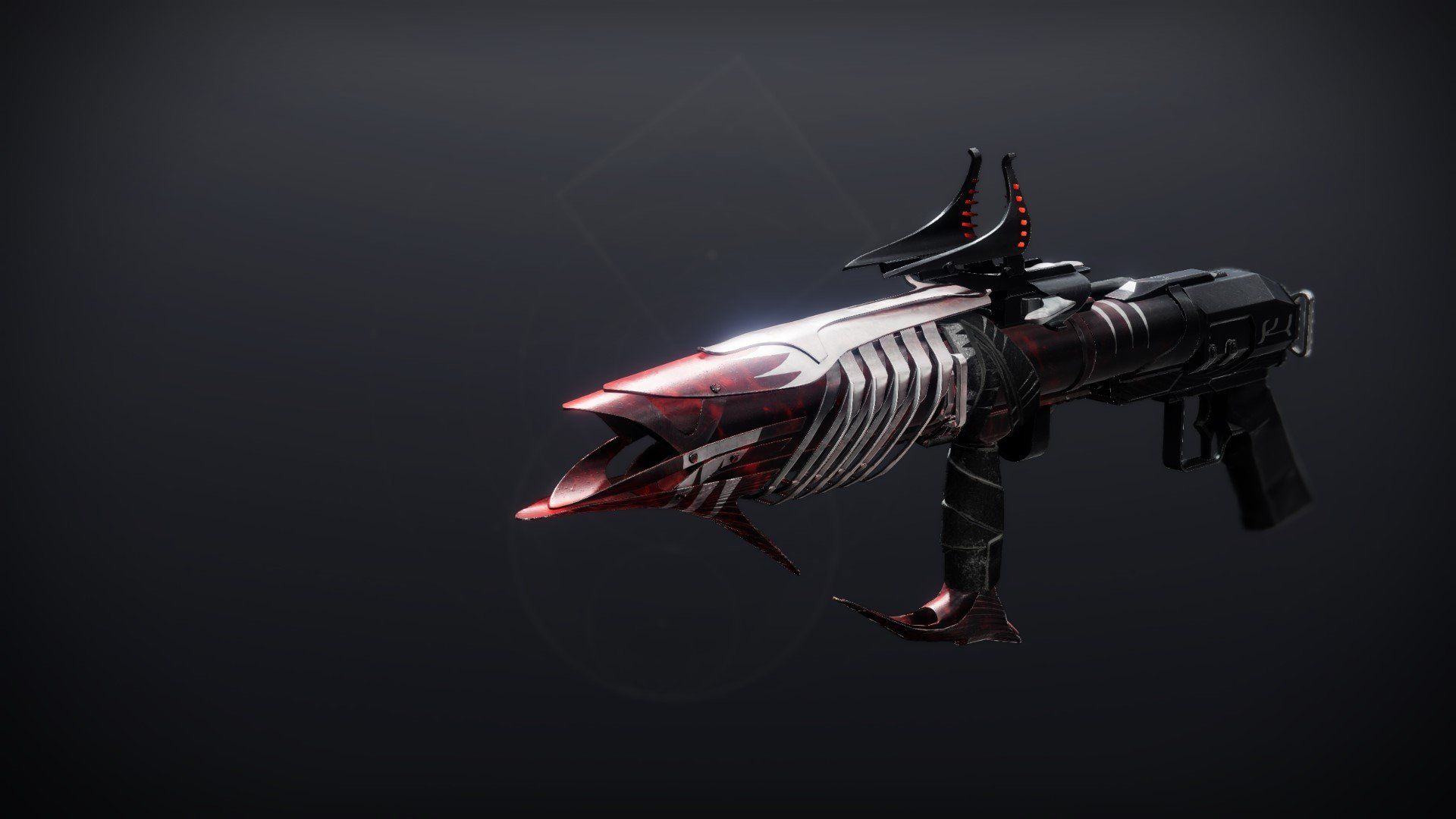 It looks like Bungie has decided one kinetic Grenade Launcher with Slideshot was enough, because it's conspicuously absent on Lingering Dread. On the plus side, you've got Auto-Loading Holster, Ambitious Assassin, and Feeding Frenzy, plus your choice of Harmony, Kill Clip, or Multi-Kill Clip for damage. Demolitionist is there too to help out all those new Solar 3.0 builds, and Vorpal is there for those that like to lob grenades in the Crucible. I still don't recommend riding into the Danger Zone, but I know some of you just can't help it. 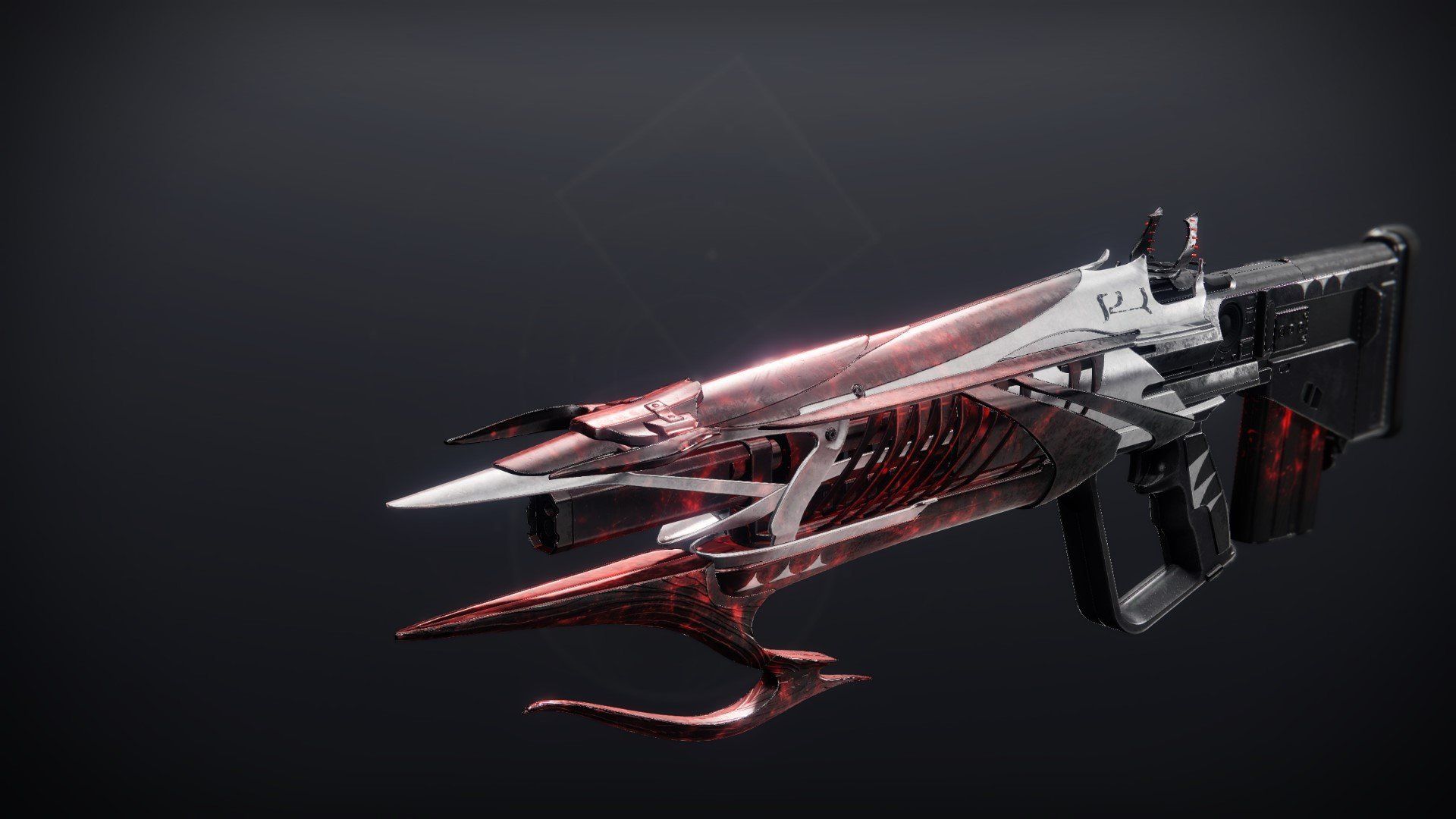 High-Impact Pulse Rifles are still extremely viable, and Desperado on New Purpose is much easier to acquire than The Messenger. You can also pair it with either Perpetual Motion or Feeding Frenzy for faster reloads and very consistent DPS.

The other two perks to keep an eye on here are Headstone for all those Stasis builds and Adaptive Munitions, which lets New Purpose take shield-cracking duties in high-end content. Although Focused Fury is a great perk on precision weapons like Pulse Rifles, High-Impact Frames take a little too long to dig to the middle of the magazine for Focused Fury to proc reliably. 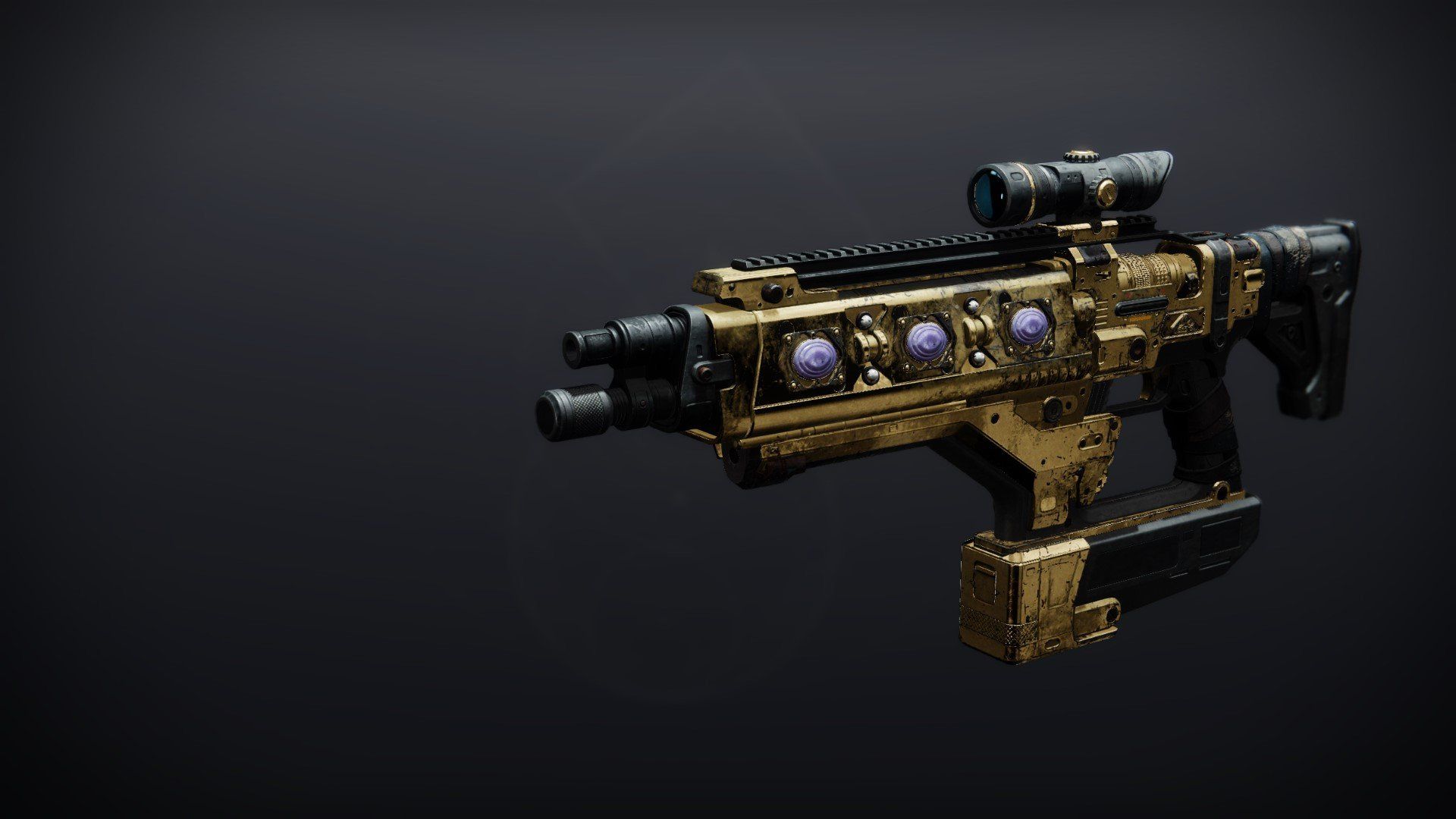 Snapshot and Rangefinder are two perks likely to make the Epicurean a beast in PvP, especially in the hands of a dedicated Fusion Rifle aficionado. In PvE, the lack of Reservoir Burst and the general nerf to Fusion damage this season makes it less of a standout. Well-Rounded and Surplus at least pairs well with the weapon’s To Excess Origin Trait, and Cornered can make this Fusion Rifle a little more responsive in a pinch. 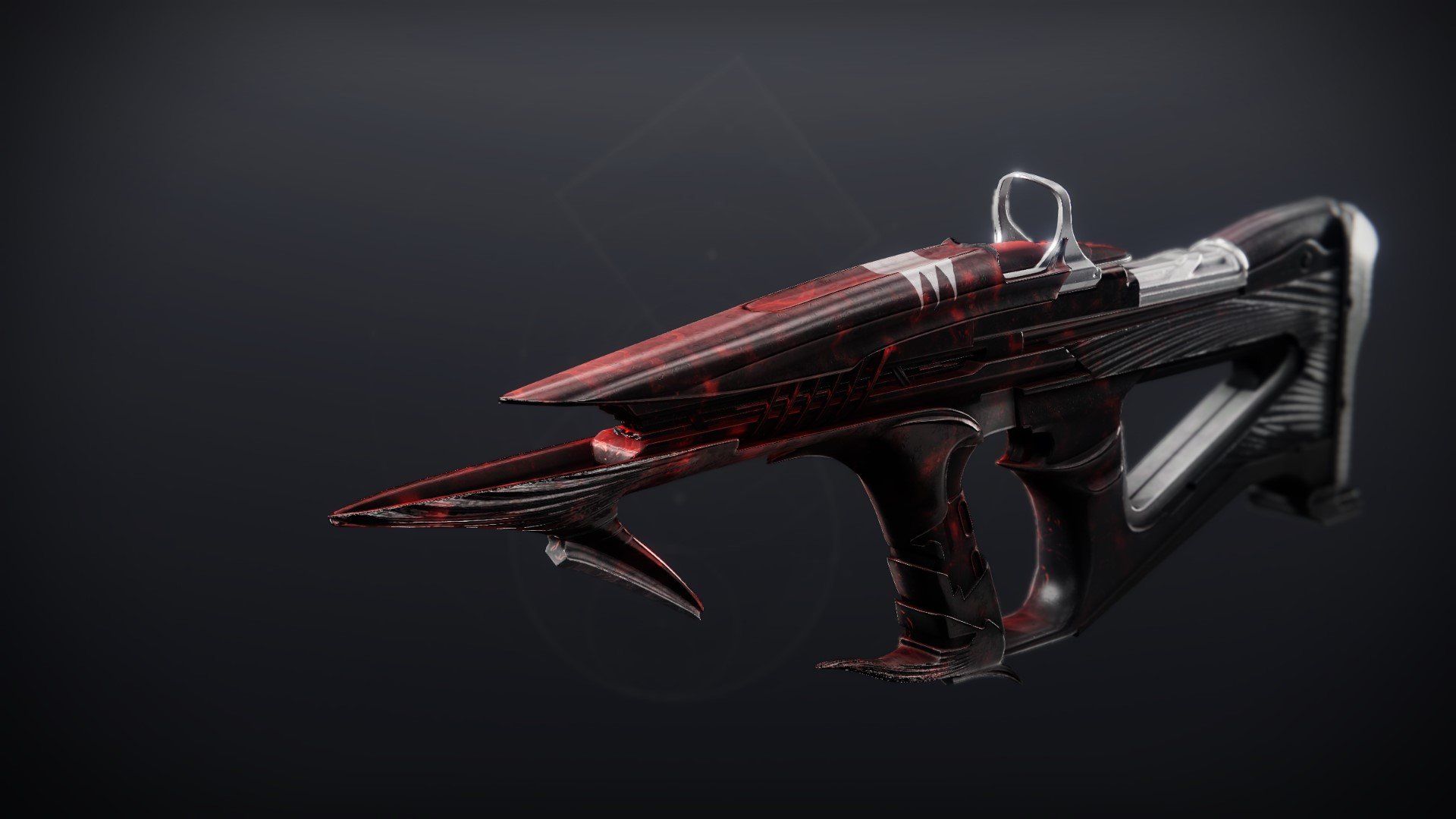 As though we needed another Void Submachine Gun, and an Aggressive Frame one at that. Unforgiven has slightly better range and recoil than The Title, but its Origin Trait requires that Guardians take damage, which is something they generally try to avoid if at all possible.

On the other hand, you really can't argue with Unforgiven's perk selection. Demolitionist/Adrenaline Junkie is there for ability builds, or you can spice things up with a little Golden Tricorn. Feeding Frenzy pairs well with either Frenzy or Rampage, while Tunnel Vision or Steady Hands can make this gun feel snapper and steadier in the Crucible. 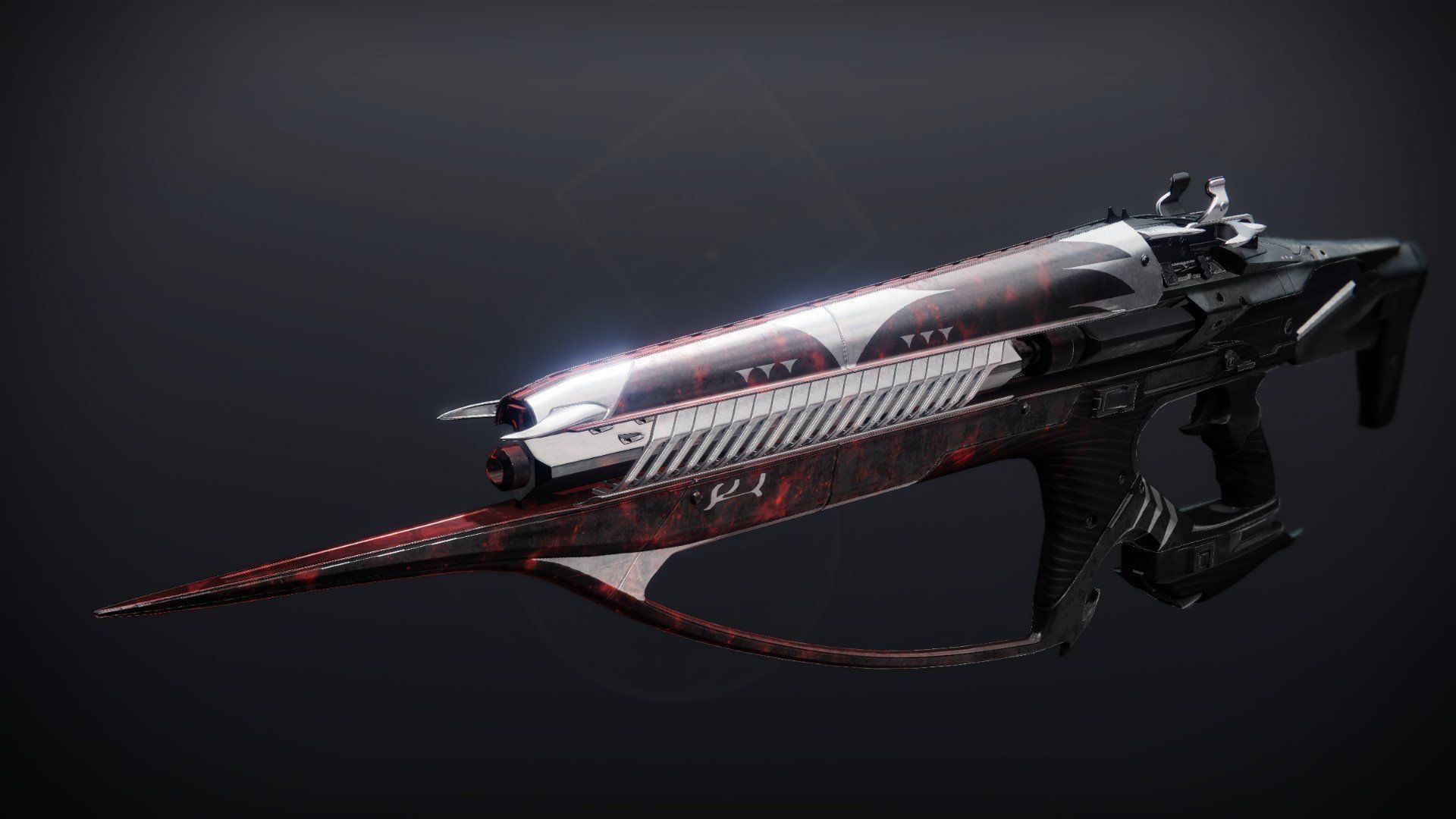 Stormchaser is aptly named. As the first Aggressive Frame Linear Fusion Rifle, Guardians are going to be chasing after this Duality gun for a long time. Its three-round burst makes this one of the highest precision DPS weapons in the game, and its perks can make or break that DPS.

Your choices for boss-cracking include Rapid Hit, Clown Cartridge, or Auto-Loading Holster in the first column, and Firing Line or Vorpal in the second column. For solo play, Vorpal is clearly the way to go, but Firing Line offers greater overall damage. Frenzy is also there, but not every boss can keep the perk going whereas Vorpal is just always on. You could also go with Adaptive Munitions if you were looking for something a little more flexible for Grandmaster Nightfalls when those become available. 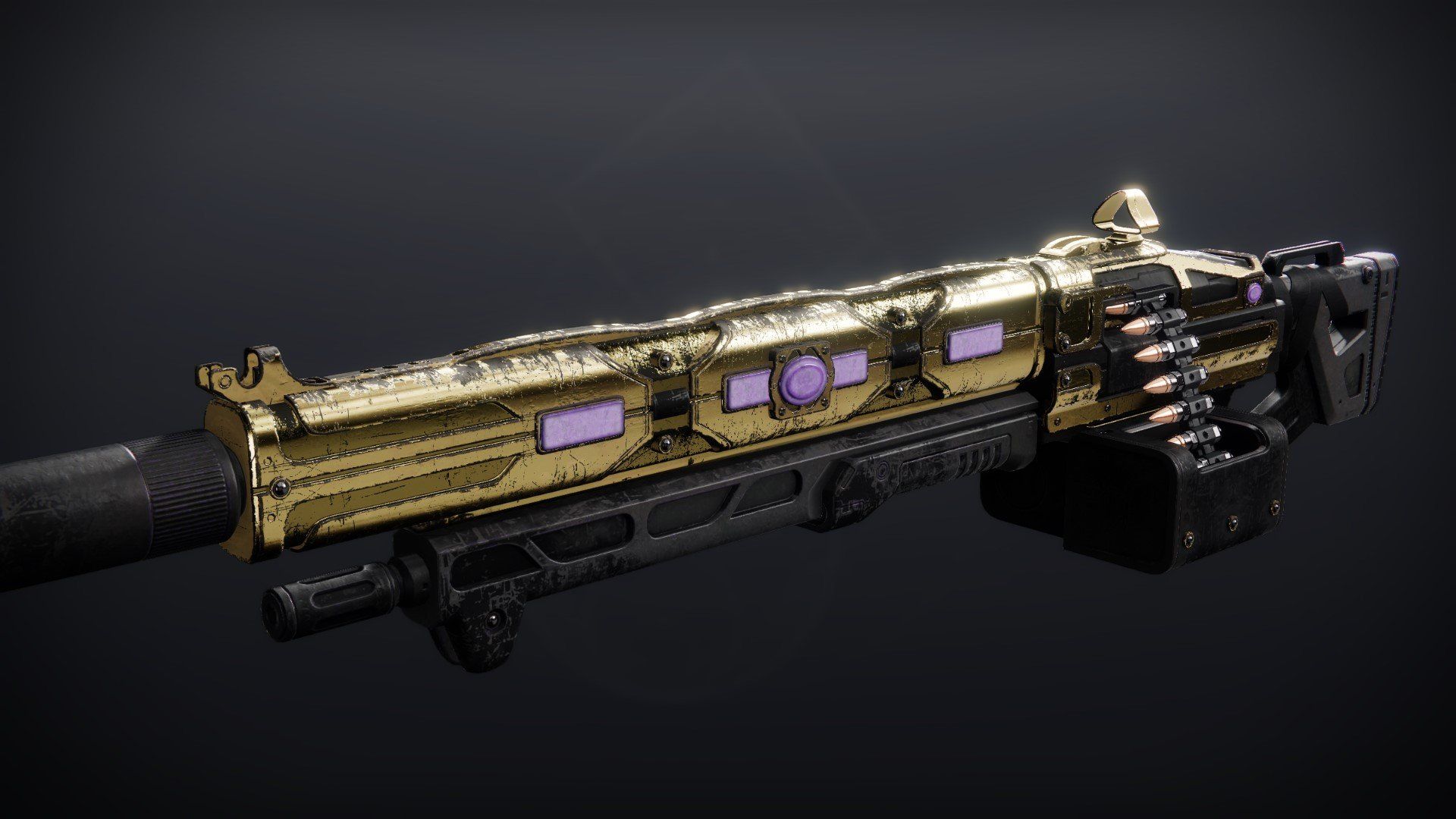 Visions of 21% Delirium aren't quite realized in the reborn Fixed Odds. Killing Tally is still superb to pair with a Machine Gun, but the lack of Overload means that it doesn't actually perform much better than Rampage. Instead, look to Incandescent for a weapon that will pair nicely with all those Solar 3.0 builds. You could also grab Firing Line for decent DPS, although there are better options if you're looking to chew through a boss's health bar.

Where Fixed Odds will likely shine brightest is in Gambit, where long-range machine guns can make mincemeat of invaders, players, and hordes of enemies. Field Prep and Feeding Frenzy can shorten the lengthy reload animation of these bulky weapons, while Rangefinder turns Fixed Odds into an automatic-fire sniper.