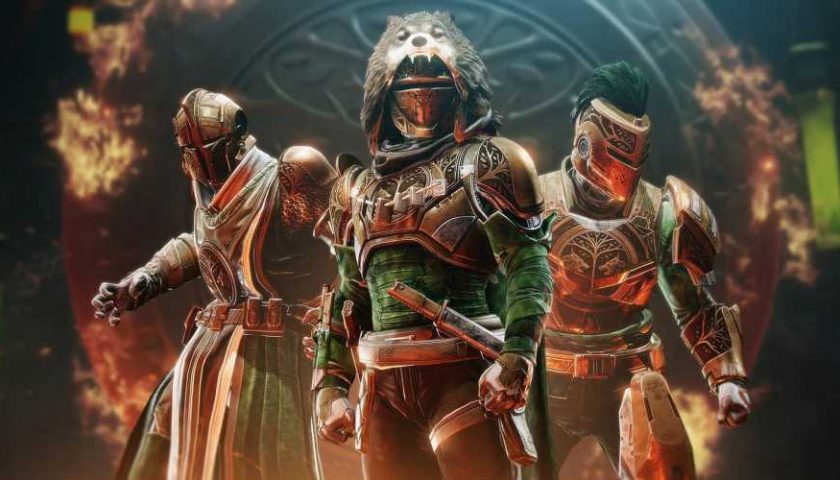 There's a shader in Destiny 2 right now that can turn anything your guardian wears into chainmail armor. It doesn't work on everything, aesthetically speaking, but it works on a lot, and it looks damn good. So good that people are group up to lose dozens of Iron Banner matches in a row just to unlock this shader.

Normally one of Destiny 2's premiere PvP game modes, Iron Banner comes around just twice a season and lasts a full week. It used to be around for three weeks, but Saladin got a new job with the Cabal and now he only has two weeks vacation to run the tournament. Another problem with the relatively recent Iron Banner overhaul is that the reputation he provides for playing matches doesn't seem particularly well-balanced.

Guardians have figured out that the best way to gain reputation is to lose as quickly as possible rather than actually play Iron Banner matches legit. So when the Iron Countershade shader was locked behind nearly two full laps of Saladin's reputation track, which would normally require between 60 and 80 matches to achieve (thanks, Forbes), Guardians did the math. You could get 300 rep for winning a match that could last as long as nine minutes, or you can get 220 rep for losing a match as quickly as possible, which can take between three to four minutes. Sure, this means playing more games, but those games are a lot shorter.

Combine a highly desirable shader, an extremely onerous grind, and a solution to that grind where losing two matches quickly provides more progress towards that shader than winning a single match, you get a bizarre scenario where Guardians are looking to form six-player teams to deliberately throw every single Iron Banner match they enter.

Destiny 2's LFG is now full of players looking to farm Iron Banner reptutation by losing. Blowouts have become the norm. And when two Iron Banner teams looking to throw meet, you can get some truly bizarre matches.

This is hardly the first time Destiny 2 players have gamed the system to get better rewards. Back in 2021, Guardians began fixing Trials of Osiris matches using the Hakke Emblem method in order to ensure getting the best possible loot.