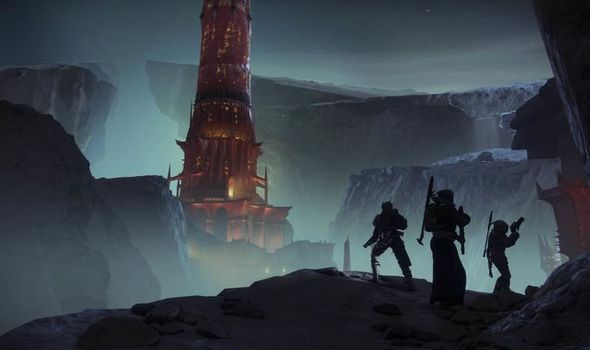 Destiny 2 beaver errors are surging in at the moment, with a spike in players being hit with the server error message.

The Bungie Help Twitter account has confirmed that they’re investigating an increase in players being hit with Destiny 2 beaver errors.

The account posted: “We are investigating an increase in Destiny 2 players encountering BEAVER errors.”

One tweeted: “Destiny 2 servers are unavailable”.

Another posted: “@DestinyTheGame fix your servers”.

The Destiny 2 server issues comes ahead of the weekly reset taking place on Tuesday.

In the aftermath of last week’s reset the Destiny 2 Festival of the Lost event was launched.

Outlining what the update was about Bungie said: “Festival of the Lost has been unleashed on the Tower. Cobwebs are everywhere, black cats are on the prowl, and every vendor has some candy for you to enjoy.

“Eva Levante went all-out this year on decorations and brought some new masks for you to earn. While candies and treats are readily available, you also have the BrayTech Werewolf to earn, packing the multikill clip punch.

“The Tower isn’t the only place that’s a bit spookier. There’s been an uprising on the Moon, and Eris is calling on you to challenge the Hive in the Altars of Sorrow and the Pit of Heresy.

“Xenophage made its grand entrance, bug and all. We’ve seen Guardians cracking the puzzle and claiming their Exotic in real time, but it isn’t the only new weapon for you to add to your arsenal.

“We’ve got some Hive-infused weapons that not only look mean, but back it up with some serious firepower.

“If you’re wanting to take on opposing Guardians with a bit more lethality, Momentum Control has arrived.

“Fast respawns, quicker kills, and ability regeneration tied to the defeat of your opponents. Get out there and make Shaxx proud.”