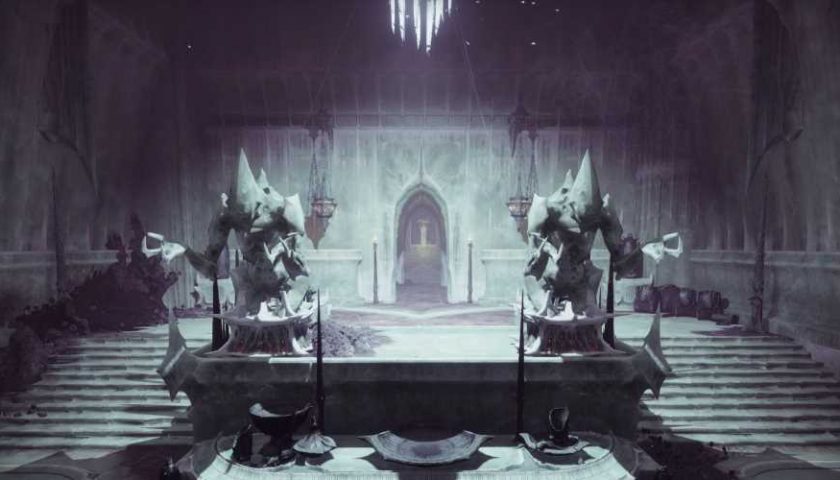 Destiny 2's Witch Queen expansion introduced Savathun's Throne World, a new activity space that features The Wellspring and three new Lost Sectors. Sepulcher is one such Lost Sector and is arguably the easiest of the bunch. So long as you have a good loadout, you should be able to farm Sepulcher without much issue.

Master Sepulcher features over half a dozen Champions, minimal shields, and small combat spaces that pair nicely with Solar 3.0 and even Warmind Cells. This guide will cover all the modifiers tied to Master Sepulcher and the best strategies for safe and quick Lost Sector clears. 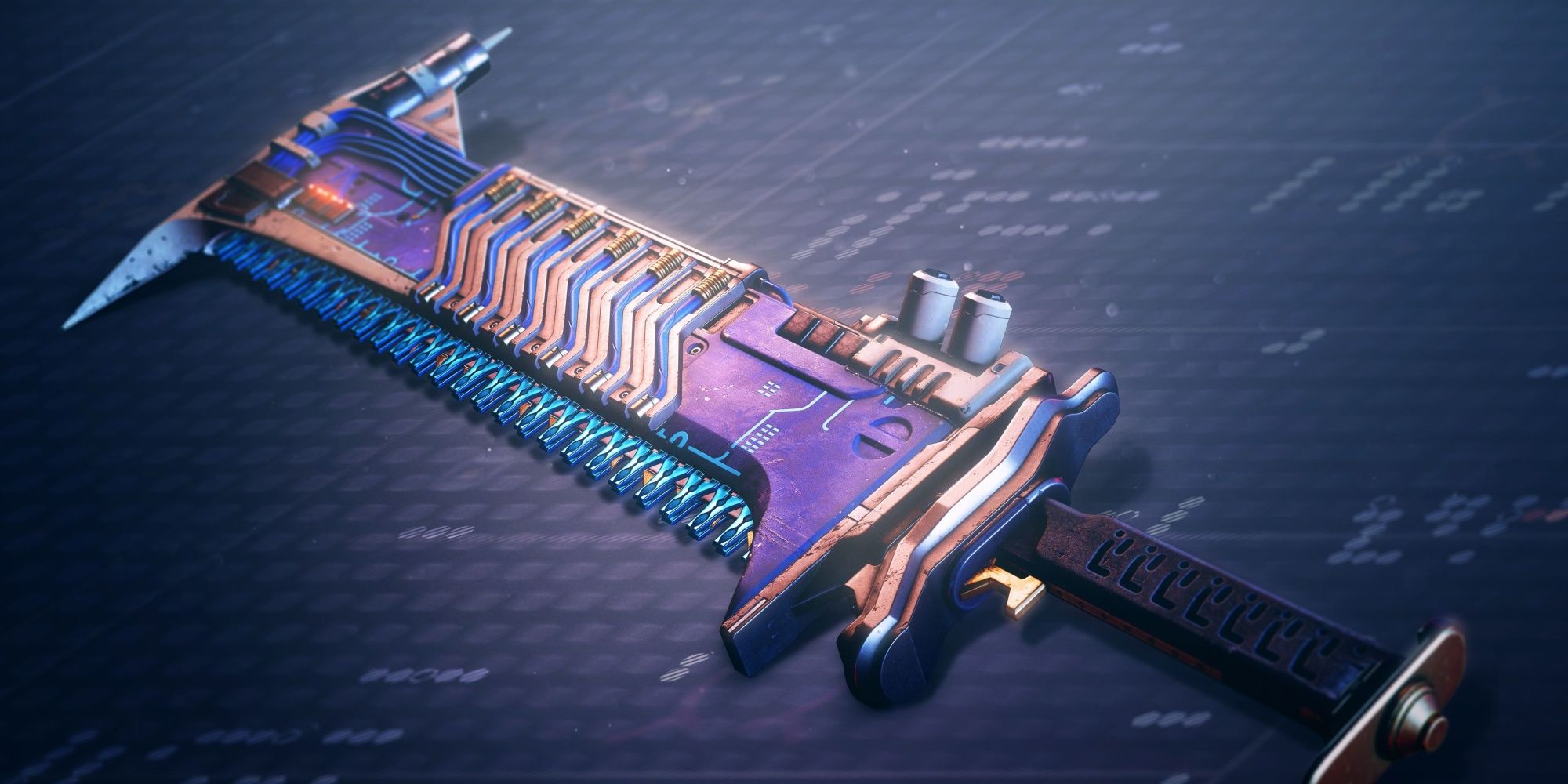 Sepulcher is one of the easier Throne World Lost Sectors. You won't find many shields, Champions spawn in pairs, and the Lightbearers in this Lost Sector can be easily avoided with good cover. Here's what you'll be dealing with.

Ignore the shield and Match Game modifiers; there's only one Arc shield in the entire Lost Sector. You'll want to focus on bringing mid-range weapons, preferably ones that deal Solar damage to match the burn. Most Champions in this Lost Sector are Barrier Knights, so be sure you have a consistent method of countering them. Two Lucent Lightbearers are present in this Lost Sector.

Hunters should use the Gunslinger subclass. You'll want to build into Ignites, using either Caliban's Hand or Ophidian Spathe with Knife Trick to create explosions. We recommend Caliban's Hand since it sparks an Ignite if you chain your knife with a grenade. Thanks to the Solar burn, your Ignites will one-shot most fodder enemies and deal massive damage to Champions. As with all other classes, play at a distance when possible.

Titans can use either Sunbreaker or Sentinel. Sunbreaker and Loreley Splendor make you virtually unkillable, and you'll have access to fantastic add-clearing Sunspots. If you want to mix it up, Sentinel can buff itself with constant overshields and inflict an absurd amount of Volatile debuffs, turning an entire room into a ticking time bomb. For your first few clears, use Sunbreaker. Once you feel comfortable, try Sentinel.

Warlocks can't go wrong with Shadebinder. Bleak Watcher turrets and Osmiomancy Gloves will play the Lost Sector for you. Throw a grenade to get full energy, charge a Bleak Watcher, and repeat. You'll freeze just about every enemy that spawns, making it quite easy to counter Barrier Champions and Lightbearers. Beware that Stasis freezes will wipe Unstoppable stuns. Remove all turrets before facing an Unstoppable Champion.

You'll need a consistent method of countering Champions for this Lost Sector. Since its Barriers and Unstoppables, you can use Arbalest, Leviathan's Breath, or Lament. We find Lament to be a great pick if you're experienced with Master-tier content or using a Solar subclass. Staccato and other Solar Primaries work best for dealing with adds. Only one shield is present, so focus on matching the elemental burn. 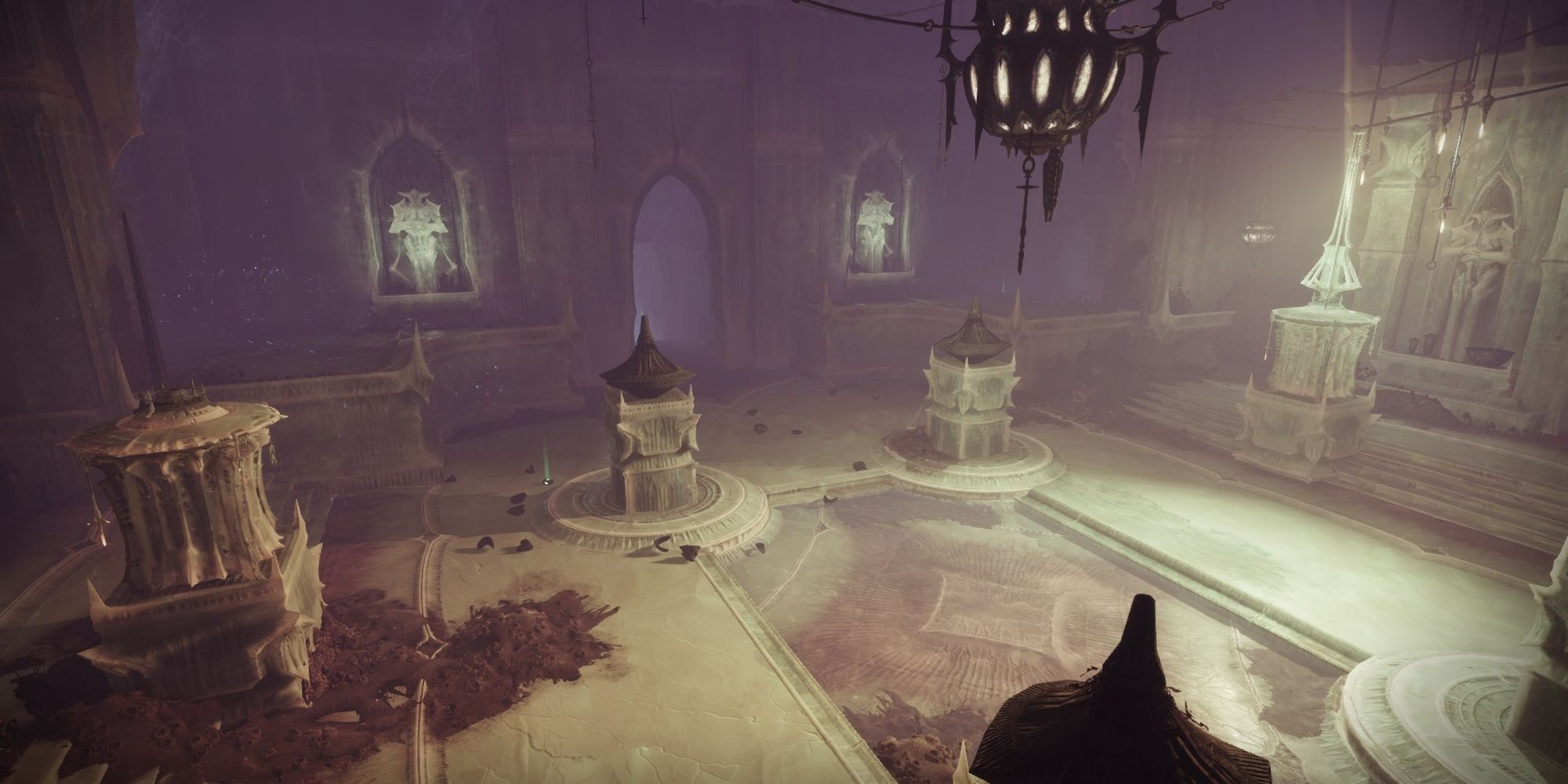 You'll spawn atop of a Hive Knight kneeling beside a few Acolytes. Use your Heavy or a grenade to quickly break the Knight's shield. Clear the adds and continue. You'll enter a cube-shaped room with two overlooks at the back-end corners of the room. Each acts as a spawn point, first spawning a Barrier Knight. Both Knights spawn at once.

Now is a great time to proc an Ignite, chuck a grenade, or use any form of AoE damage to deal with the enemies. Stick to the back of the room, taking cover in the hallway you just came from. The Barrier Champions should be taken care of as soon as possible. Lower their health by around 20% to force their barrier to spawn. Break it to give yourself a small damage window. Repeat for the second Knight.

Defeating both Knights will spawn more adds and a Lightbearing Wizard. The Wizard is quite passive and will stick to the exit. You can wait to deal with the Wizard last if the adds are giving you problems. For the Wizard itself, stay at a distance while you lower its HP, equipping your Heavy weapon if it deploys a Rift. Be sure to crush its Ghost before you leave. 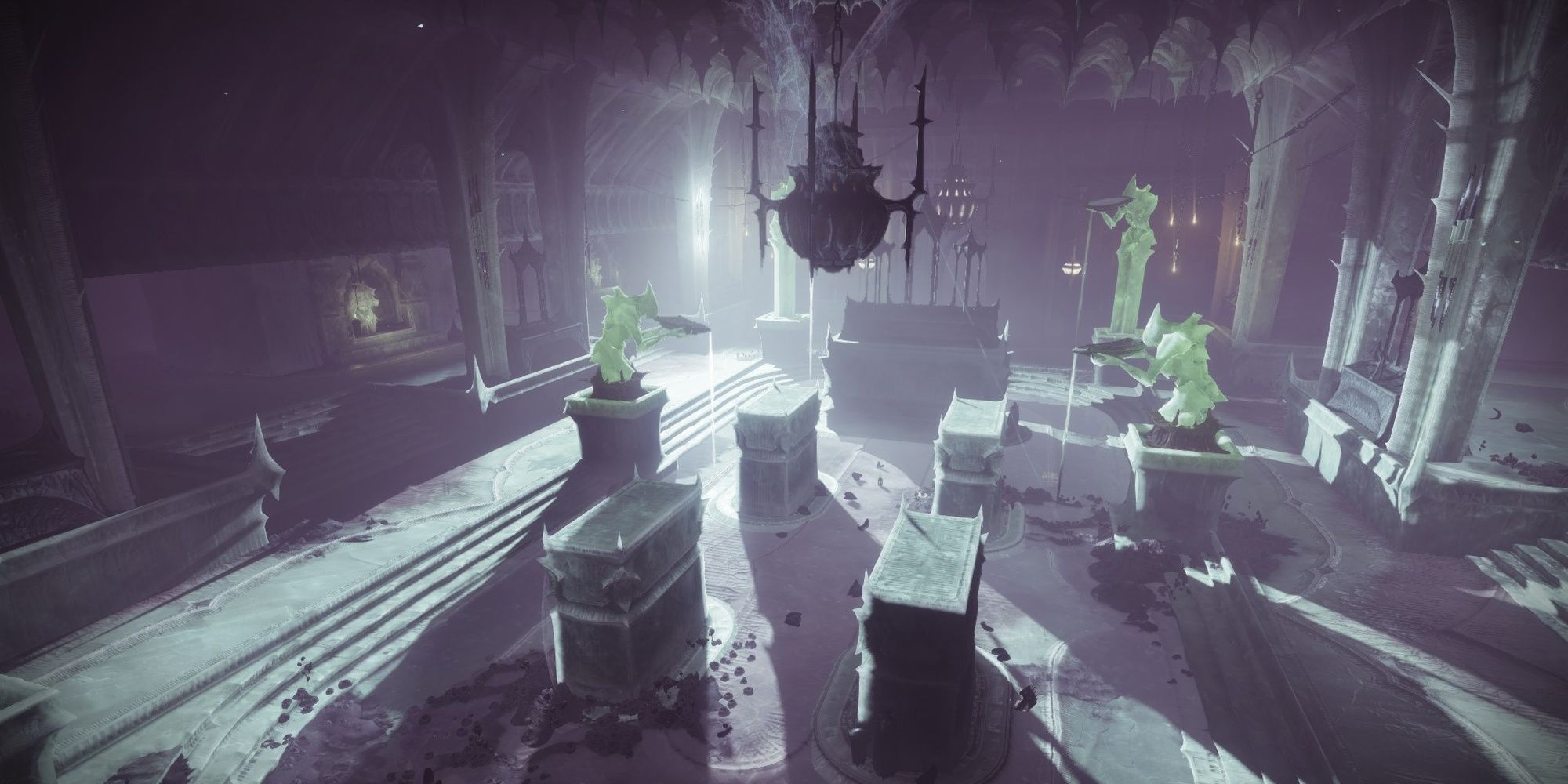 You'll enter a short hallway before reaching the second room. A Barrier Knight will be guarding the hallway, so have your anti-Barrier counter at the ready.

This next room is similar to the last one. Swarms of Acolytes and Thrall will attempt to push you. Sunspots, Ignites, well-placed grenades, and Stasis can all shutdown these Hive in their tracks. Supporting the Hive will be two Unstoppable Ogres, one spawning immediately. Deal with the Ogre right as you enter the room or wait.

Killing enough Hive will cause a Lightbearing Acolyte to spawn. This Lightbearer is the deadliest, using a twisted version of the Blade Barrage Super to deal immense damage. Focus on the Lightbearer first, freezing or suppressing the target if you can. Stick to cover from the hallway to prevent getting hit by a blade. Once it's down, stun the Ogre and break the Ghost. Retreat to the hallway to finish clearing the room.

At this point, a second Unstoppable Ogre should spawn. Much like the first Ogre, stun and kill the Champion with your weapon of choice. Stunned Ogres take an immense amount of damage from your Heavy and Super. Clean up the remaining enemies, then make your way to the boss arena. 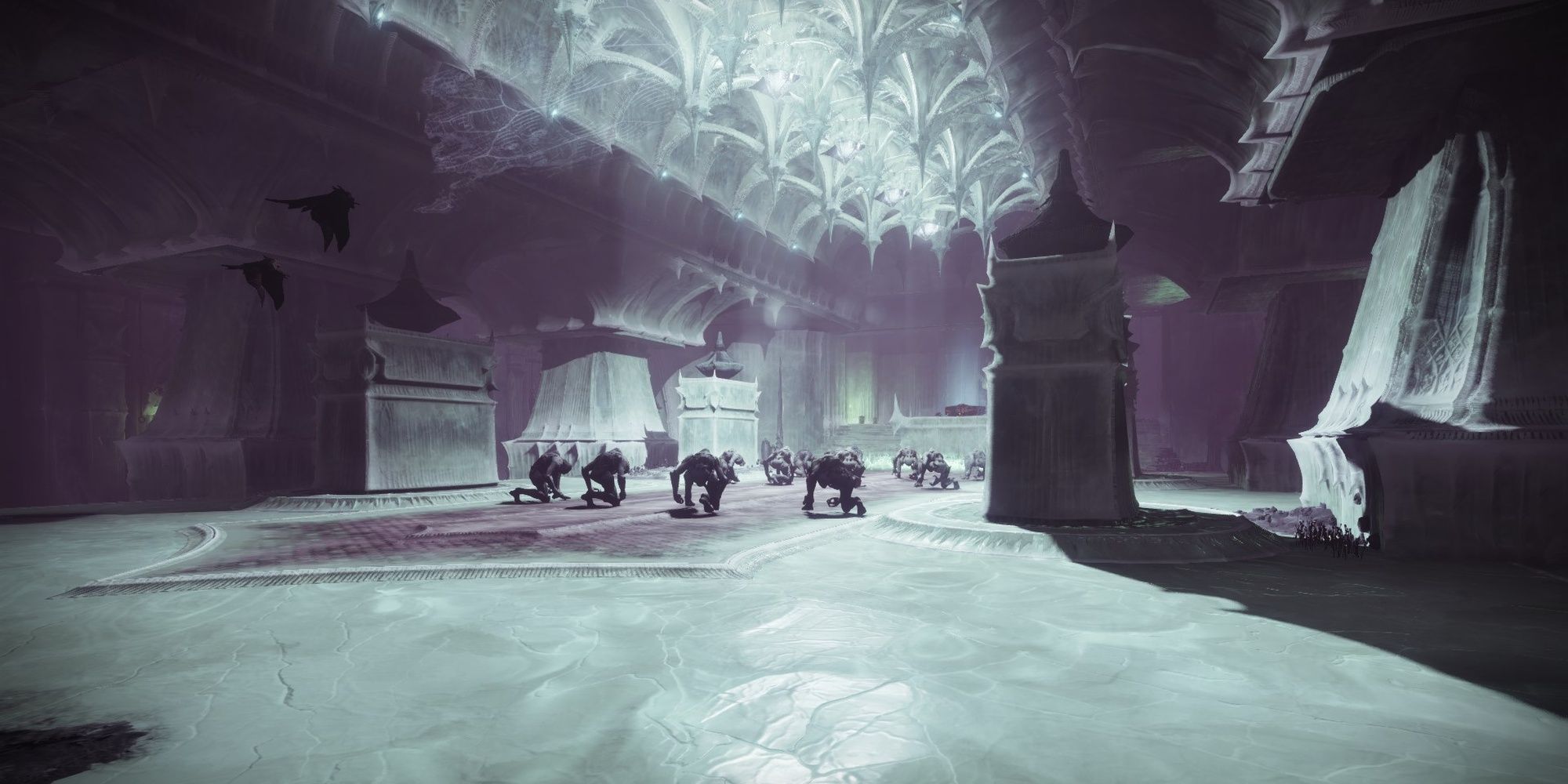 The final room in the Sepulcher Lost Sector plays just like the last two. You'll find a large group of Thrall kneeling in front of the Lost Sector chest. Killing the Thrall will spawn the boss, a massive Knight that is fairly easy to avoid. Stick to the back of the hallway you just came from, picking off the adds one by one.

Two Barrier Knights will spawn shortly after the boss spawns, one on each side of the room. They'll both move up to fight you. Focus on killing one Barrier at a time, alternating Barrier stuns as you damage them. This is a good time to use the rest of your Heavy or a charged Super. Defeat the Barrier Knights, quickly melt the boss, then open the chest to finish the Lost Sector.