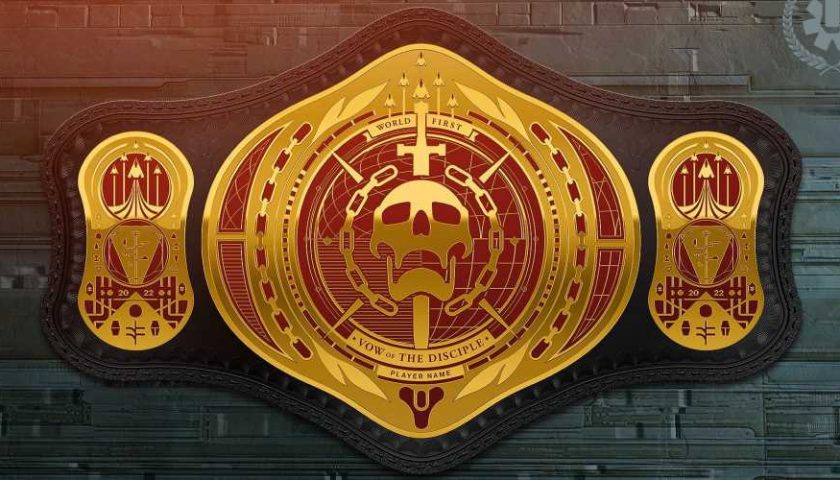 It took the Elysium fireteam seven hours and 14 minutes to complete Vow of the Disciple in Contest Mode, which capped competitors' power levels significantly below that of the foes they were tasked with vanquishing. Elysium snuck in just three minutes before the second-place team headed by Destiny 2 content creator Datto.

Yesterday's World First raid was slightly marred by server connection issues that caused many players to suffer the dreaded "anteater" error, often sending them back to orbit in the middle of a raid encounter. For the first time, Bungie extended the World First Contest Mode for an extra 24 hours so that players affected by the swarm of anteaters could finish the raid and earn The Cleaver emblem. Those that finish after the initial 24 hours will be able to claim their emblem at a later time, with Bungie to provide additional details in next week's TWAB update.

Players are celebrating yesterday's World First raid (and the server issues that arrived with it) in the best possible way: fan art. But not of the raid or Rhulk, its final boss. Instead, players are splicing together anteaters and Destiny 2's new villain to create the true enemy of Guardians everywhere.

WIth Vow of the Disciple cleared for the first time, Guardians will receive a brand new cinematic the first time the login following the clear. Fynch also has something to tell you on Savathun’s Throne World, and Ikora also has several new Fragments for Guardians to slot in their new Void 3.0 builds.