Every RPG has a karma system, but Demon’s Souls is a lot more complicated than most. Here’s how World Tendency works.

In most RPGs, a player’s morality just influences what sort of dialog options you’ll get from other characters. In Demon’s Souls, Tendency can affect way more than that. It can turn an easy level into hard ones, give you access to better gear, and even summon new bosses for you to fight.

Tendency is Demon’s Souls karma system. Do good deeds and your Tendency will turn White, but do bad deeds (like killing an NPC for no particular reason) and you’ll turn your Tendency Black. But Tendency isn’t just attributed to the player. There’s also a World Tendency built into Demon’s Souls that determines just how good or evil the World has become. 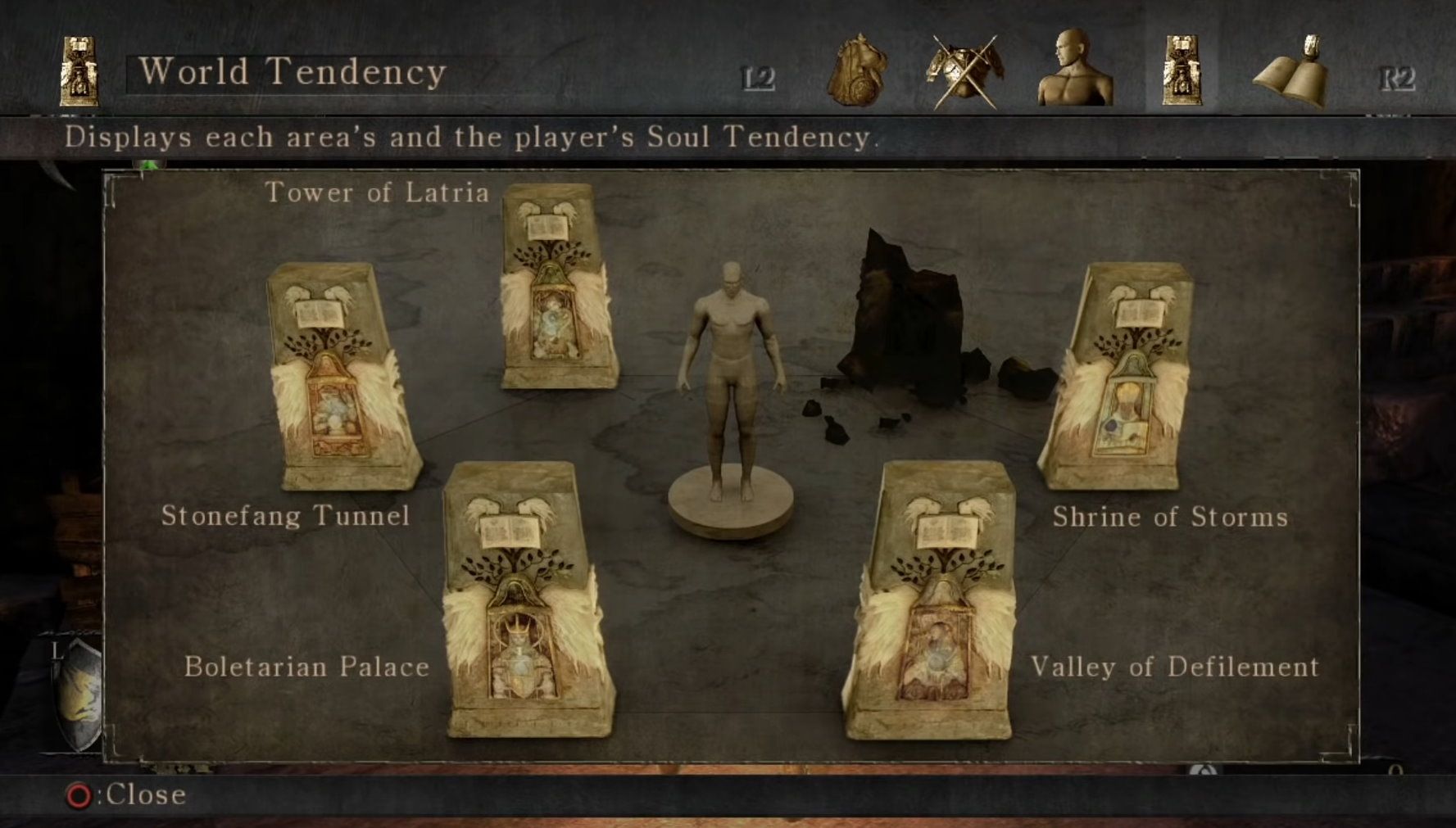 World Tendency can be viewed from the Tendency tab. Each World is represented by its Archstone and will range in shade from White to Black. Upon starting Demon’s Souls, every World will be a neutral shade of grey, but each Archstone will change color depending on the player’s actions.

To make a World’s Tendency trend towards White, you must perform good deeds. In Demon’s Souls, this is typically killing Demons, but there are a few other things you can do. Killing a Primeval Demon or an invading Black Phantom also helps turn a World White, as does killing one of the five named NPCs that appear when a World is Pure Black.

Dying and losing your body is the easiest way to shift a World Black, as is killing one of the five named NPCs that appear when the World is Pure White. You can also kill Old King Doran for a quick burst of Blackness, but it’s the dying thing that really hurts. Dying can lead to a negative feedback loop where a World becomes blacker and blacker the more you fail, making it even more difficult each time you retry.

When a World is entirely Black, enemies have more HP, hit harder, and are harder to kill. On top of that, Black Phantom versions of monsters and named NPCs will appear and attack you as mini-bosses. Primeval Demons will also appear at specific locations as extra bosses for that World. On top of that, your HP is reduced, making you easier to kill.

On the plus side, the more Black a World is, the more souls enemies provide upon defeat and the more likely an enemy will drop a rare item. 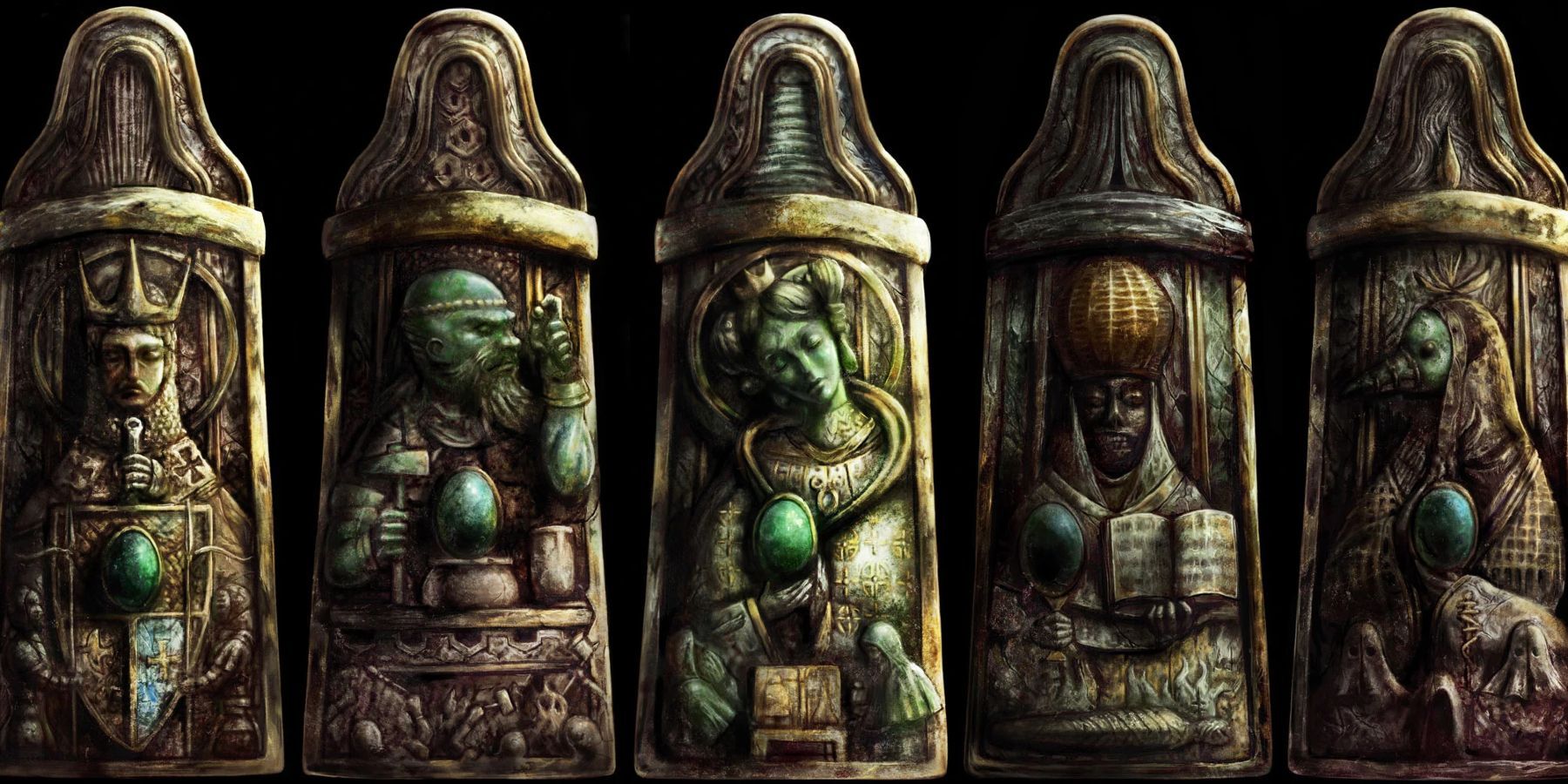 A White World is the exact opposite. Enemies have less HP, have weaker attacks, and are more susceptible to damage. Enemies also drop fewer items but have a higher likelihood of dropping healing items. Your Soul Form will have increased attack power as well, and you’ll have your full HP total.

World Tendency has also been known to change during certain holidays, such as going Pure Black during Halloween and going Pure White during Christmas. We’ve already missed Halloween, but Demon’s Souls Remake will be out with plenty of time before the Holidays, so prepare for a White Christmas.