Those who remember Demon’s Souls’ unforgiving tutorial from the PS3 will be delighted to know that the PS5 version is just as grim, if not more so. FromSoftware’s penchant for pitting unbeatable bosses against you in the tutorial continues in the remake. If you have the reflexes to beat the Vanguard Demon, then there’s another grisly end that awaits you, and the PS5 remake exploits that.

Thanks to IGN, an early gameplay video featuring the Demon’s Souls tutorial showcased an additional feature to the game’s introductory phase, and it is not for the squeamish.

Defeating the Vanguard Demon is well within the realms of possibility, if you carry the necessary skills and whole lot of patience. The PS5’s demon appears to be just as resilient as the PS3 version, except its details are mind-blowing in 4K and the game’s 60fps helps when dodging those axe-swings.

The secret cutscene that occurs after defeating the tutorial boss offers you the chance to teleport to the “Unknown Egress” by way of a new Archstone. There you will find a handful of useful items that will benefit your start to the game, including Warrior Souls and Sharpstone Shards.

After navigating through the ruins, you’ll soon come face to face with the Dragon God; one of the game’s formidable bosses. As most players die by the hand of the Vanguard Demon, death is still the only way you are able to start the game, and the Dragon God doesn’t hesitate. 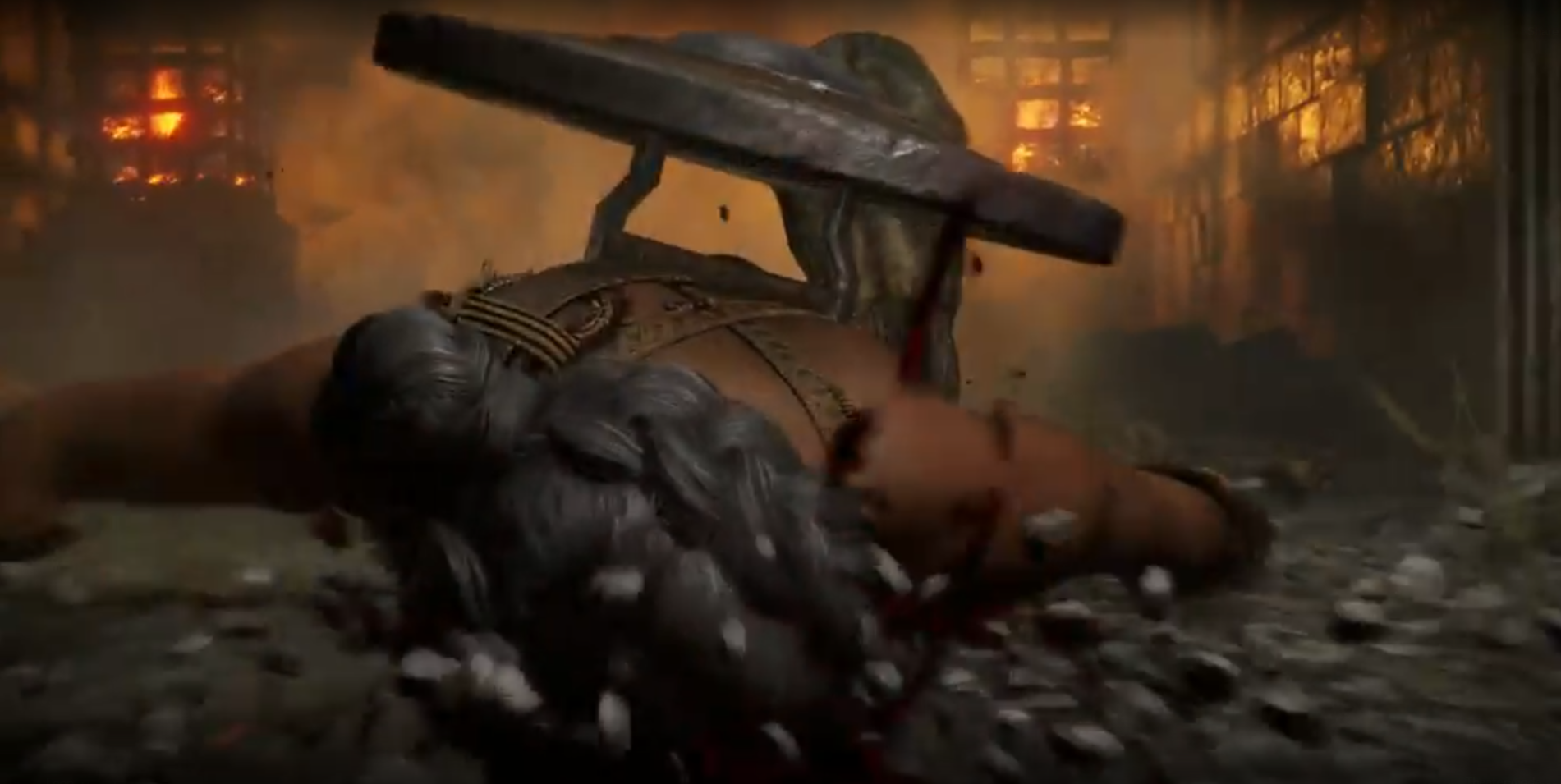 Your final cutscene before becoming a “soul” shows the Dragon God’s mighty roar before planting an inevitable punch through your powerless body. In the PS3 version, it’s clear that it was the punch that killed you, however, the PS5 version adds a different cause of death. As your lifeless body slides back across the ground, your character’s head erupts with blood as your face gets dragged across concrete. It’s an unexpected addition to the cutscene, that makes the game’s tone more apparent and your death even more certain.

Demon’s Souls, which features enhanced graphics as well as incredible audio, was knighted as the “best PlayStation launch game ever” in our review. After the game’s tutorial, you don’t need to worry about getting stuck with the ordeals ahead, as the PS5 will have over 180 built-in guide videos on hand to help you out.