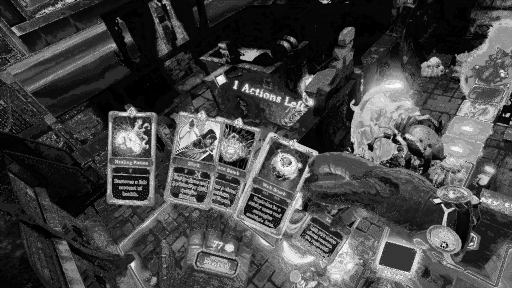 The Realm of the Rat King expansion is available now, free for existing Demeo owners on all platforms.

You can check out the launch trailer for the expansion embedded above.  From a lore perspective, here’s how the Realm of the Rat King fits into Demeo’s story, according to Resolution Games:

Once players have proven victorious in Demeo’s first adventure, ‘The Black Sarcophagus,’ the heroes learn that the town of Sunderhaven is suffering from an unlikely infestation. Feral rats have begun to appear, and the rumors among the locals suggest that they’re being steered by someone… or something. Adventurers will delve deep into the sewers beneath Sunderhaven to locate the source of this mysterious scourge and eliminate it by any means necessary.

According to Tommy Palm, CEO and Co-founder of Resolution Games, the Rat King campaign is “just the first addition of many new adventures we have in the works” for Demeo.

The Rat King campaign boasts a new environment set in the sewers, new enemies included a poison-filled Spore Fungus and a multi-headed ‘Gorgon’ (pictured above) that can turn you into stone if you catch it’s gaze. As previously reported, there’s also new cards such as the Torch and Antitoxin and, of course, the titular new boss, the Rat King.

Resolution Games also confirmed that you’ll be fighting the Rat King while you’re “five levels underground,” seemingly confirming that the new campaign is two levels longer than the game’s first.

Demeo has also been submitted for approval on the Oculus Rift store, and will support cross-play when it launches over the “coming days.”

The Realm of the Rat King expansion is available now for free to existing owners of Demeo. The game is available for $29.99 on SteamVR and the Oculus Store for Quest. You can read our review here.