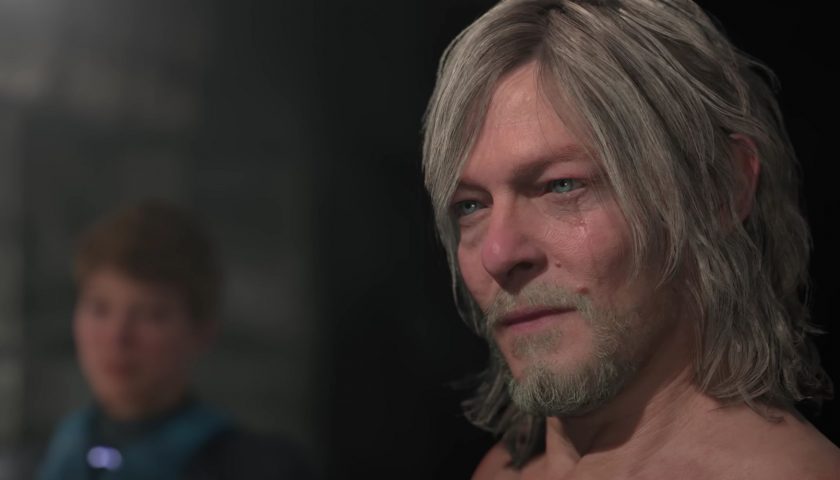 Death Stranding fans think that Sam's grey hair in DS2 is because he's anaemic, not because he's rapidly ageing or somehow felt the effects of Timefall.

One of the biggest surprises of The Game Awards earlier this month was the announcement of Death Stranding 2, which was revealed through a lengthy cinematic trailer. Although the trailer mostly focuses on Fragile and Louise, Sam Porter Bridges, the protagonist of the first game, briefly appears towards the end, complete with a grey head of hair.

Sam's grey hair might seem to imply a time skip of sorts but Louise and Fragile have only aged by a year or two, which makes it seem specific to Sam. It's also worth noting that it only seems to be Sam's hair that's gone grey, as the rest of his body doesn't seem to have aged all that much.

Since the trailer debuted, Death Stranding fans have had several theories why Sam has suddenly gone grey, including that he might just be stressed or have been hit with the effects of Timefall, but Redditor Tolmancer has the most interesting one yet. The theory suggests that Sam's hair isn't grey because of how much time has passed and instead that he's gone grey because he's anaemic, which can happen in real-life if too much blood has been drawn from someone in a short space of time.

Tolmancer said, "In my studying of the DS2 trailer, I realised that grey-haired Sam is the reddest of herrings. Frequent blood drawing is linked to anaemia. Anaemia is linked to going grey early because oxygen is not supplied to the scalp. Sam has his blood drawn in excess during the game and undoubtedly afterwards as well."

Anyone who has played the first Death Stranding will know that, because he's a repatriate, Sam's bodily fluids can be used to damage BTs. As you get further through the game, different grenades are made out of Sam's sweat, urine, and blood. Although the end of the game is a relatively happy ending that sees Higgs defeated, the BTs are still out there (as can be seen when you continue to make deliveries in the post-game), which means that those grenades are still going to be needed.

This would also go some way to explaining while Fragile is now looking after Louise and why Sam is seemingly locking himself away. If he's constantly giving blood and getting ill because of it, he's likely going to be weak and need to have as much time to himself as possible. That doesn't quite seem consistent with Sam's love of Louise, but it's possible he's taken it upon himself to keep providing a defence against BTs.

The post has quickly become one of the most-liked on the Death Stranding subreddit, with some arguing for it and saying that there's a good deal of evidence for it, while others are sticking by the idea that it's caused by Timefall and stress. Whether it ends up being true or not won't be clear for some time, but it's good to see the community back to theorising.