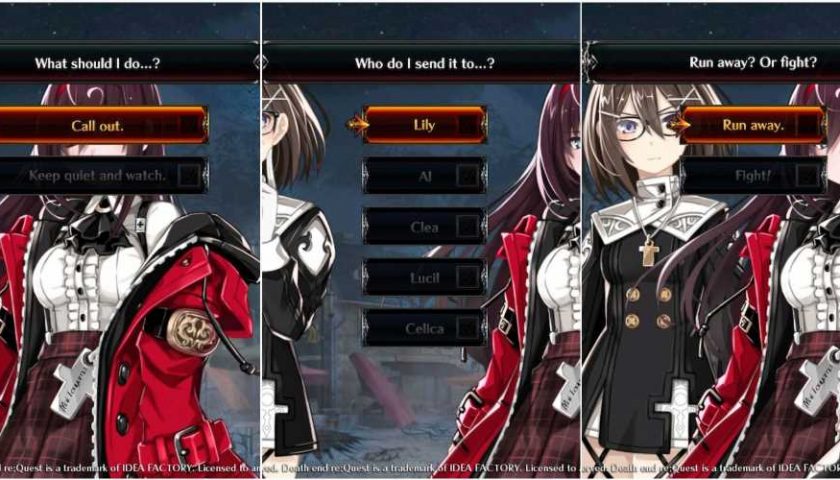 By now, you should be well accustomed to Death end re;Quest 2’s unique brand of torture. Of course, I am talking about the dreaded ‘multiple-choice question’. What makes these devious nuggets of mental anguish so enticing is the less-than-obvious nature of the answer. Sometimes the most logical thing to do is the worst thing imaginable – other times, it’s not.

During the party’s daring escape from Le Choara, you will be met with a mysterious wall that appears to spawn black-robed cultists. From here, you are given a choice as to what to do. What you decide will determine the fate of the party, and later on, even the fate of a side character.

Remember to save before every decision, and make sure you have multiple save files.

Call Out To The Robed Figures 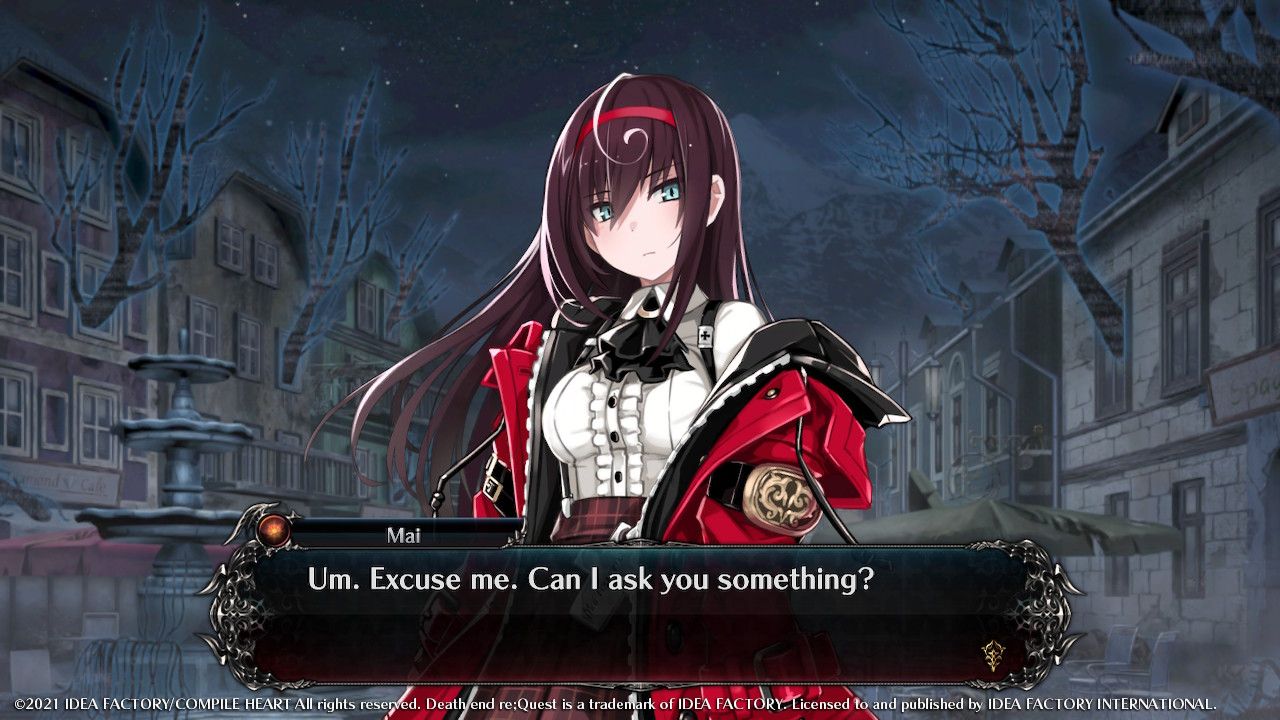 We don’t know about you, but calling out to a cult-like band of black-robed weirdos who have just emerged from a dimensional rift in a town filled with murder and demons, sounds like a pretty stupid idea. Turns out, even the cast supporting Mai thinks this is a terrible idea, and sure enough, things go wrong very quickly.

The cultists grab the party, knock them out, and drag them to a remote part of the demon-infested forest. You are hung up as bait and left to die a gruesome death. Serves you right too.

As a reward, you are shown a unique piece of art depicting the final moments of the party. Congratulations, you have unlocked the fifth ‘secret’ bad ending. You will be allowed to return to your last decision to try again. 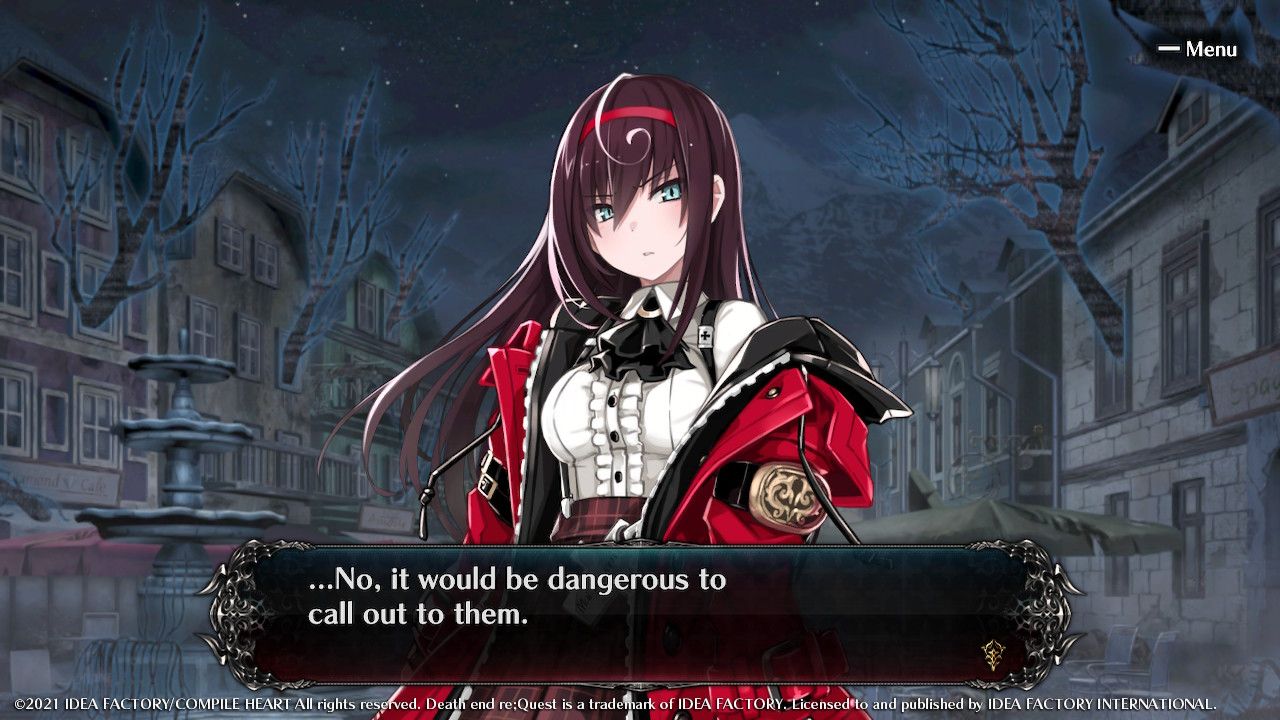 Staying quiet is the obvious, and correct course of action. But this leads to a series of questions shortly afterward that could result in the death of someone you know. That being said, staying quiet will keep the party alive and ticking, and that’s all you need to do right now.

Who To Send The Text To? 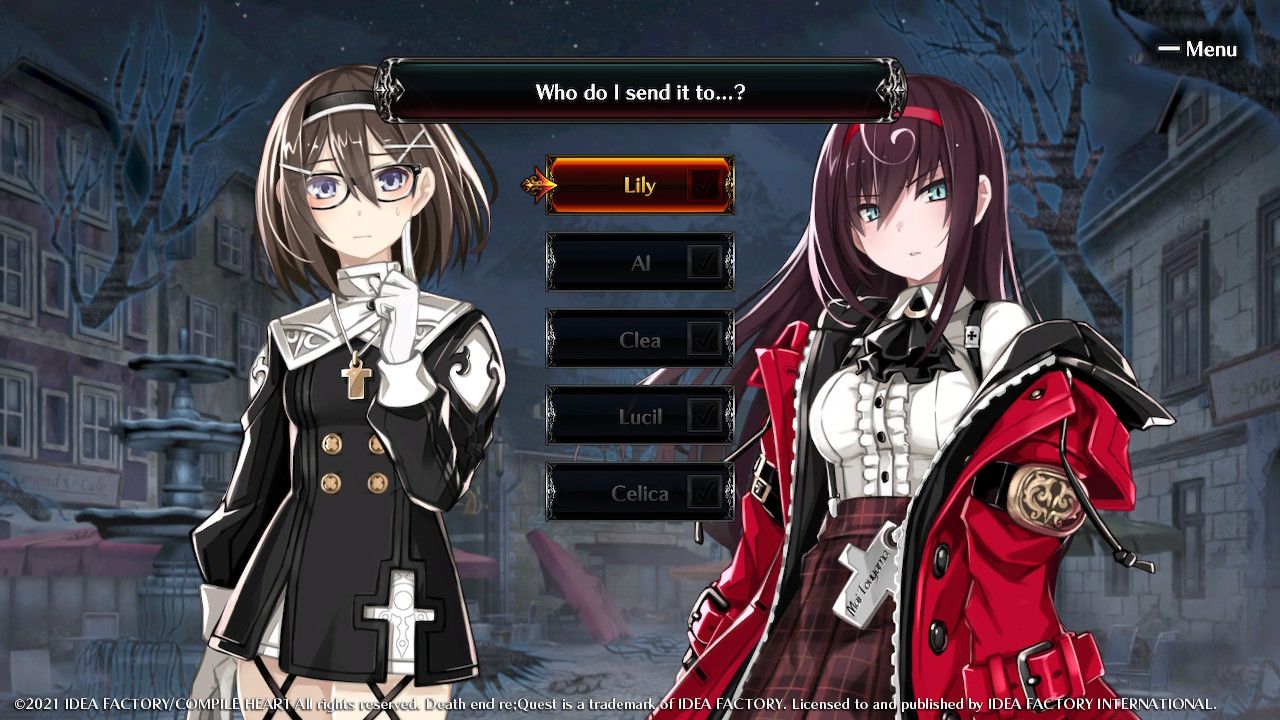 Before anything bad happens you will also be given the chance to send a text to Lily, Al, Clea, Lucil, or Celica. Your choice has very little impact on the story, and all it will really do is give you a slightly different dialogue box. If you want to read all the extra dialogue, then make a save and reload a few times.

The eagle-eyed among you may have noticed all the people you can text, are the real-life counterparts to your summonable Avatars linked to Mai's Laptop and Iris. 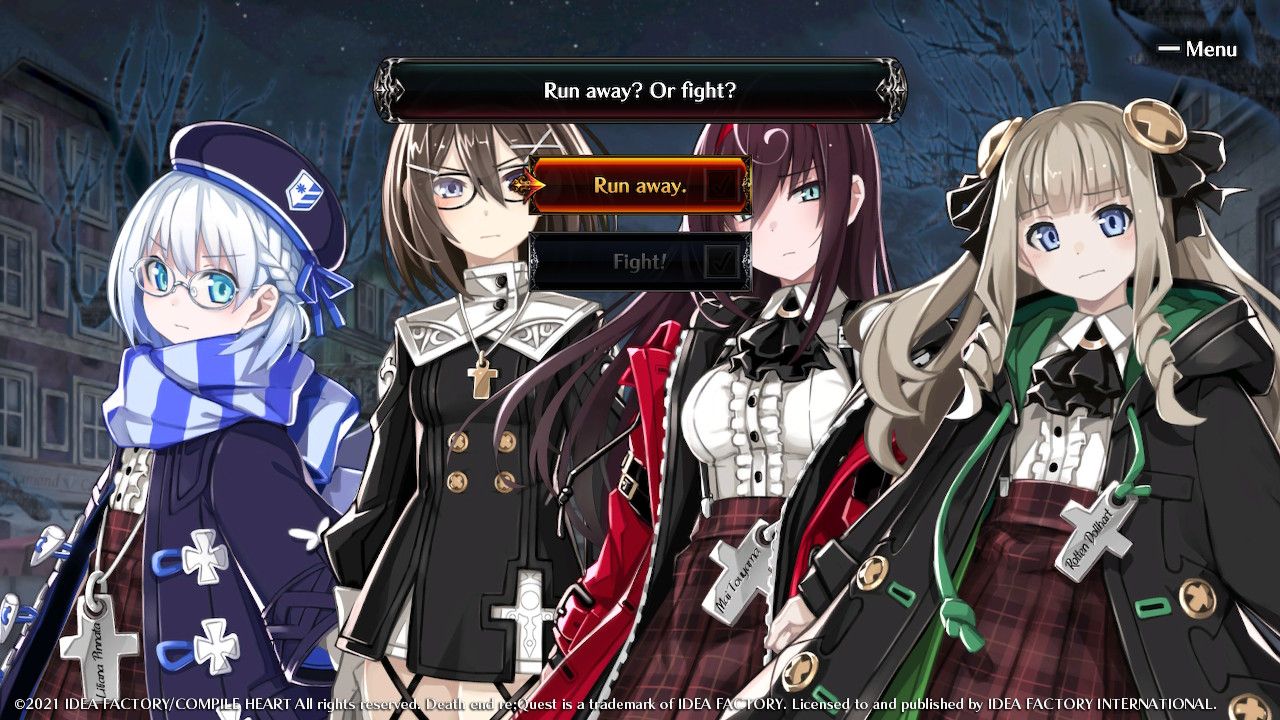 Nothing stays dandy for long in Le Choara, so a seemingly endless swarm of gribblies and mooks will start chasing the party. This choice will be posted to you multiple times throughout the section. The life of a Dorm-mate hangs in the balance. 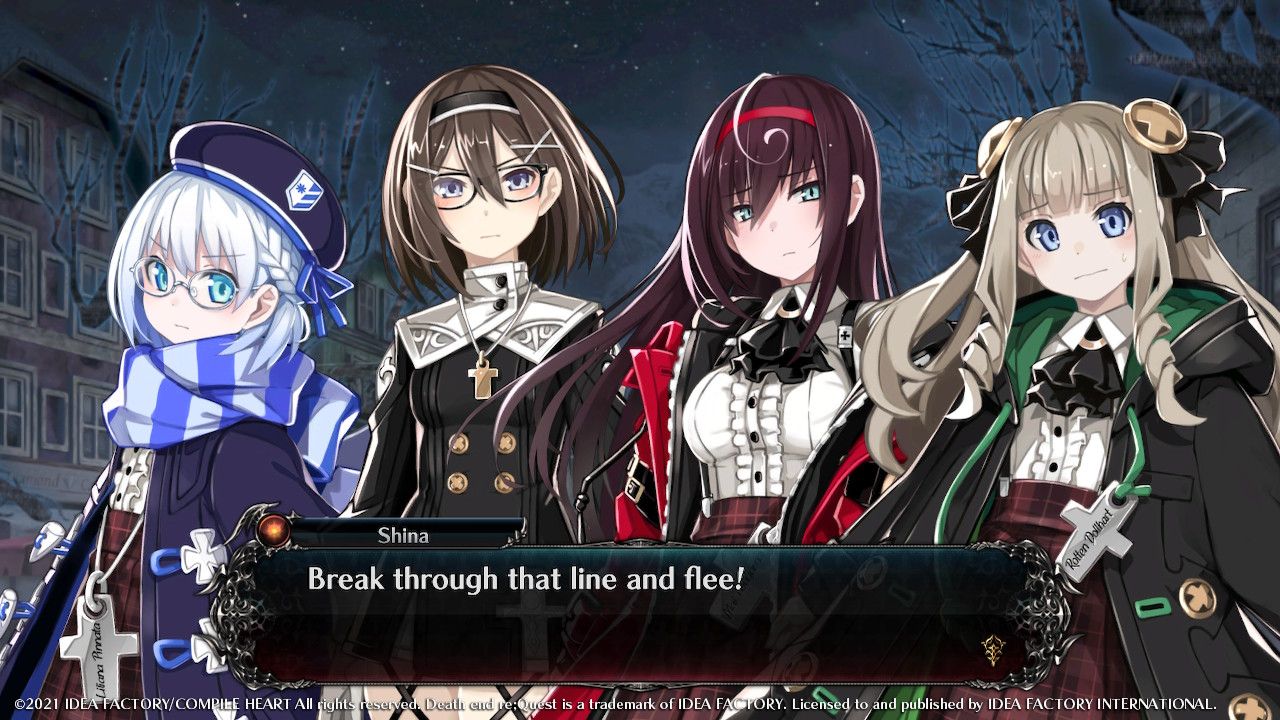 If you choose to run, then you will escape the rampaging hordes, but unfortunately, you will lose a side character in the process. This loss is permanent, and unless you saved before making the choice, there is no going back as there are no ‘Game Over’ screens that will take you back to your decision. 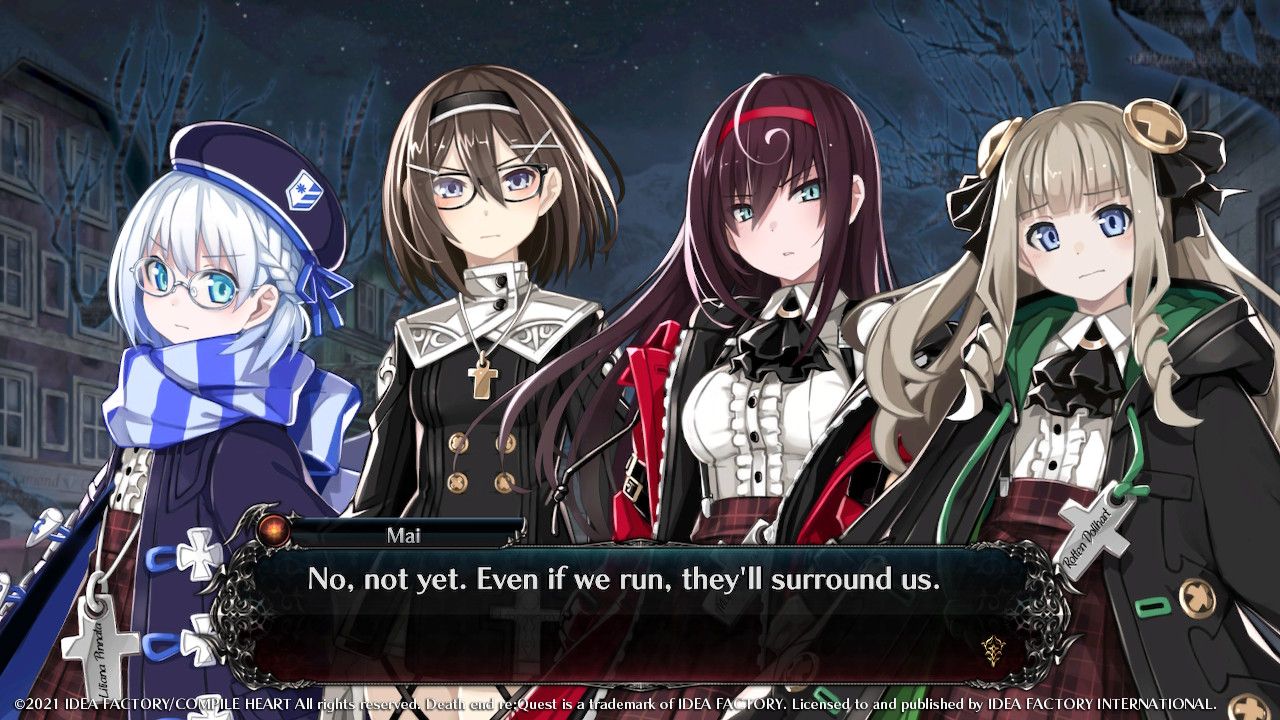 What you want to do is fight – every time it asks you. This will result in a series of progressively more difficult combat encounters that will push the party to their limits – at least narratively. Once you have cleared the rabble, you will bump into some of Wordsworth’s wandering members, and you all go home safely.