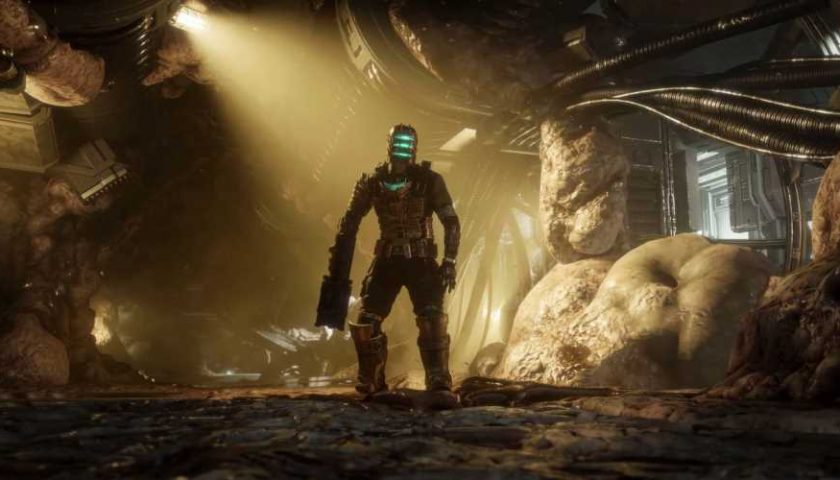 The trailer starts with clips we’ve already seen from earlier teasers, such as afflicted humans bashing their heads against concrete walls or protagonist Isaac Clarke acquiring his Plasma Cutter from a table where blood spatters on the wall advises him to dismember everything he sees. That seems like good advice as the next moment he’s fending off vicious Necromorphs, taking one off at the knees before electrocuting and dispatching a second.

Dead Space’s low-gravity sections return in the remake as well, but this time there won’t be any loading screens from one section to the next. Tiny blasts of air proper Clarke forward while the player can easily identify his remaining health by the lights on his exosuit’s spine.

The trailer concludes by showcasing several of Dead Space’s bosses, including the Hive Mind and Leviathan, as well as the ominous Red Marker driving everyone on the USG Ishimura mad.

"The sci-fi survival horror classic Dead Space returns, completely rebuilt from the ground up to offer a deeper and more immersive experience," reiterates EA in the trailer's description. "This remake brings jaw-dropping visual fidelity and suspenseful atmospheric audio, as well as new gameplay content and improvements while staying faithful to the original game’s thrilling vision."

Pre-orders for Dead Space are available now with the game arriving on January 27. You can check out the game's first screenshots courtesy of the Xbox store. Just note that everything has an age verification since Dead Space is gruesome even by game standards.

EA has been unusually careful with remaking Dead Space. Previews of the game have come periodically for the past several months gauging fan feedback which has led to multiple tweaks and improvements, such as updates to the Plasma Cutters sounds alongside its big brother, the Pulse Rifle. You can see both in action in today's gameplay trailer. Expect more previews as Dead Space barrels to its January release date.