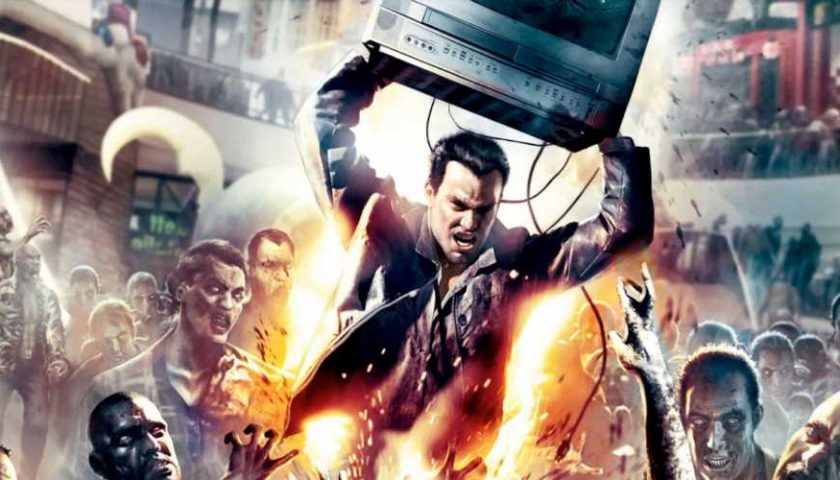 Dead Rising first burst onto the scene 16 years ago. At the time the game was a groundbreaking technical achievement, and a great showpiece for the then-new Xbox 360 due to how many zombies it could cram onto the screen at once. However, it was more than a mere tech-demo. Dead Rising captivated fans with engaging gameplay that allowed you to use almost anything as a weapon, packing that choice with unique bosses and an iconic protagonist in Frank West.

However, every mainline Dead Rising was worse than the last. Dead Rising 2 is still a fantastic game but made some questionable decisions (super-zombies) toward the end of the story, although I wouldn’t fault anyone for preferring it to the original. The weapon crafting was a great albeit overpowered addition and Chuck Greene is a compelling protagonist, arguably better than Frank. But his biggest problem, in the eyes of many, was that he wasn’t Frank… 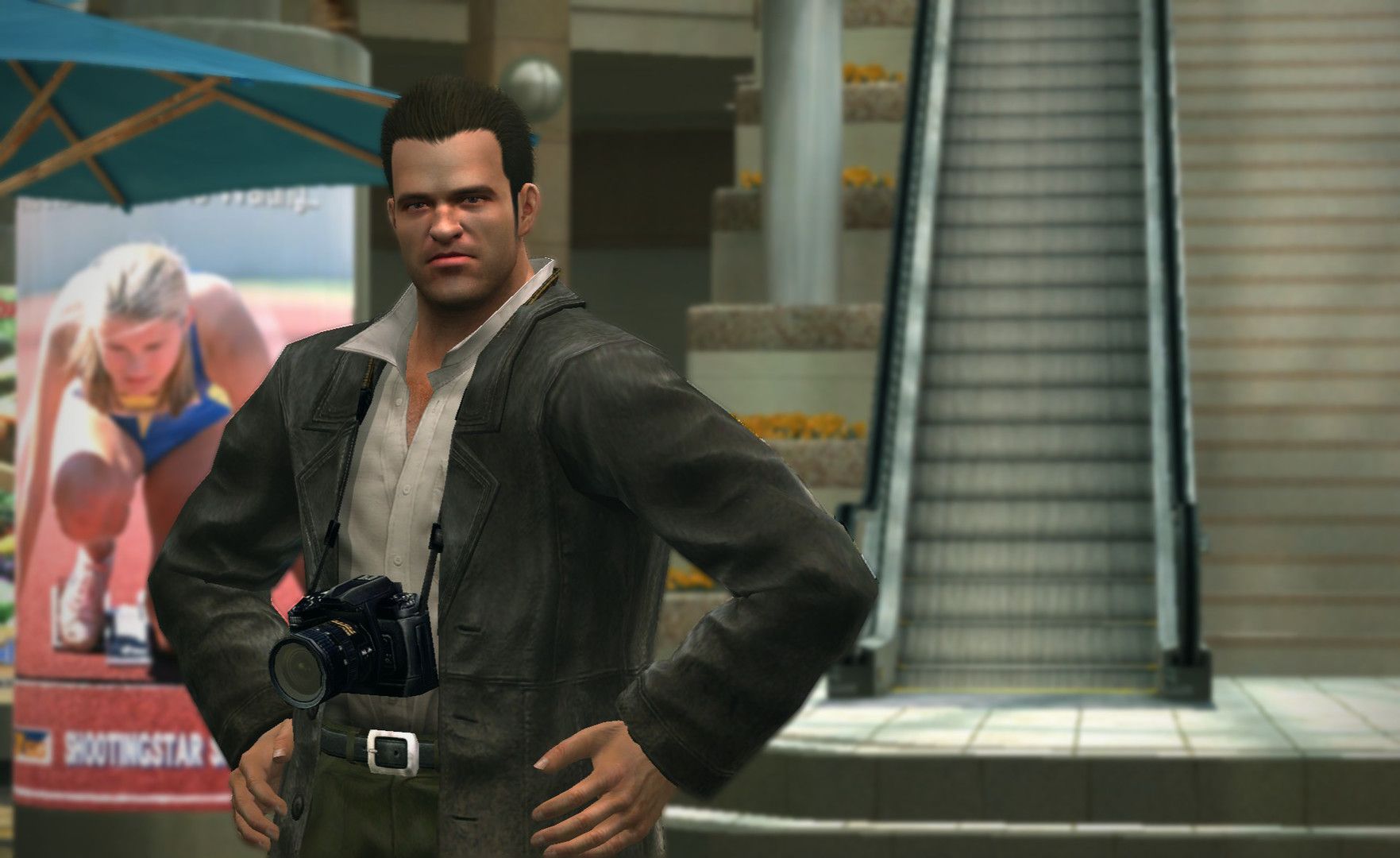 From the moment Chuck Greene was revealed, fans were shocked and appalled that the series would remove an icon like Frank West from the spotlight. While many warmed up to Chuck after actually playing Dead Rising 2, Capcom went straight into damage control mode putting out not one, but two, Frank West-focused expansions to Dead Rising 2.

First was the standalone DLC campaign Case West. But just over a year after Dead Rising 2 came Off The Record – a reworking of the original game exploring a ‘what if’ scenario if Frank was in Fortune City instead of Chuck. Frank became famous after the Willamette incident, but eventually becomes a washed-up celebrity participating in Fortune City’s Terror Is Reality gameshow to hopefully regain some of his lost fame. Off The Record took the perfect route with Frank by showing him as a has-been, Frank’s appeal wasn’t anything to do with him being cool.

After Dead Rising 3 received similar criticisms about the new protagonist. Then Dead Rising 4 went in the complete opposite direction by hanging its hat on Frank West, while completely misunderstanding what made him such a beloved character in the first place. 4’s interpretation of Frank feels made with the idea that Frank is cool – turning his snarky attitude into just being obnoxious. This wasn’t helped by TJ Rotolo being replaced with Supernatural actor Ty Olsson, seeing Frank's everyman-out-of-his-depth nature was swapped for a more gruff performance. 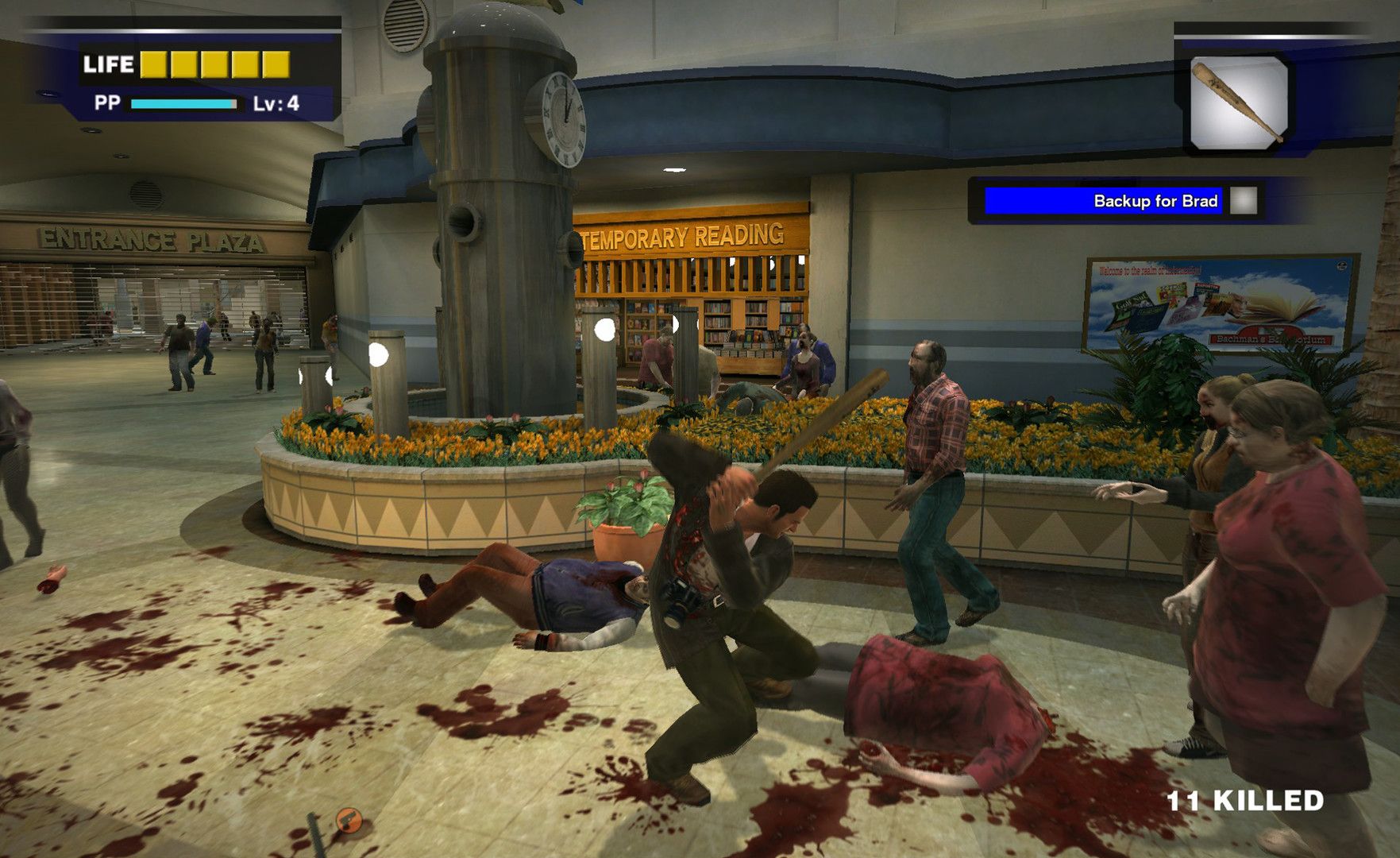 Outside of Frank, Dead Rising 4 also attempted to bank on Dead Rising nostalgia with a misjudged return to Willamette…

The first two entries in the Dead Rising series take place in elaborate shopping centres; and while neither are huge, both Willamette Parkview Mall and Fortune City are extremely dense areas. I can envision almost every area from those games in my head as I type this. When I try to think about Dead Rising 3 and 4, all I can see are bland roads.

The seventh Generation of consoles in particular had an obsession with how big they could make their open worlds. While this desire is understandable, it’s not feasible to pack every area full of content, so you’re left with large open empty areas.

In the first two games, no space feels wasted; almost every shop is explorable and has something to find in there. DR4’s issues extend to more than just bland open areas. Gameplay elements in the original are completely absent ten years later. The ability to pick up almost any item and use it as a weapon is significantly nerfed in 4. Going into the sports shop and picking up baseball bats, skateboards, and bowling balls off of the walls is replaced with the shelves being mere set dressing. Multiple endings are gone and the series’ signature human boss battles are scaled back, removing the cutscenes and storylines attached to them. 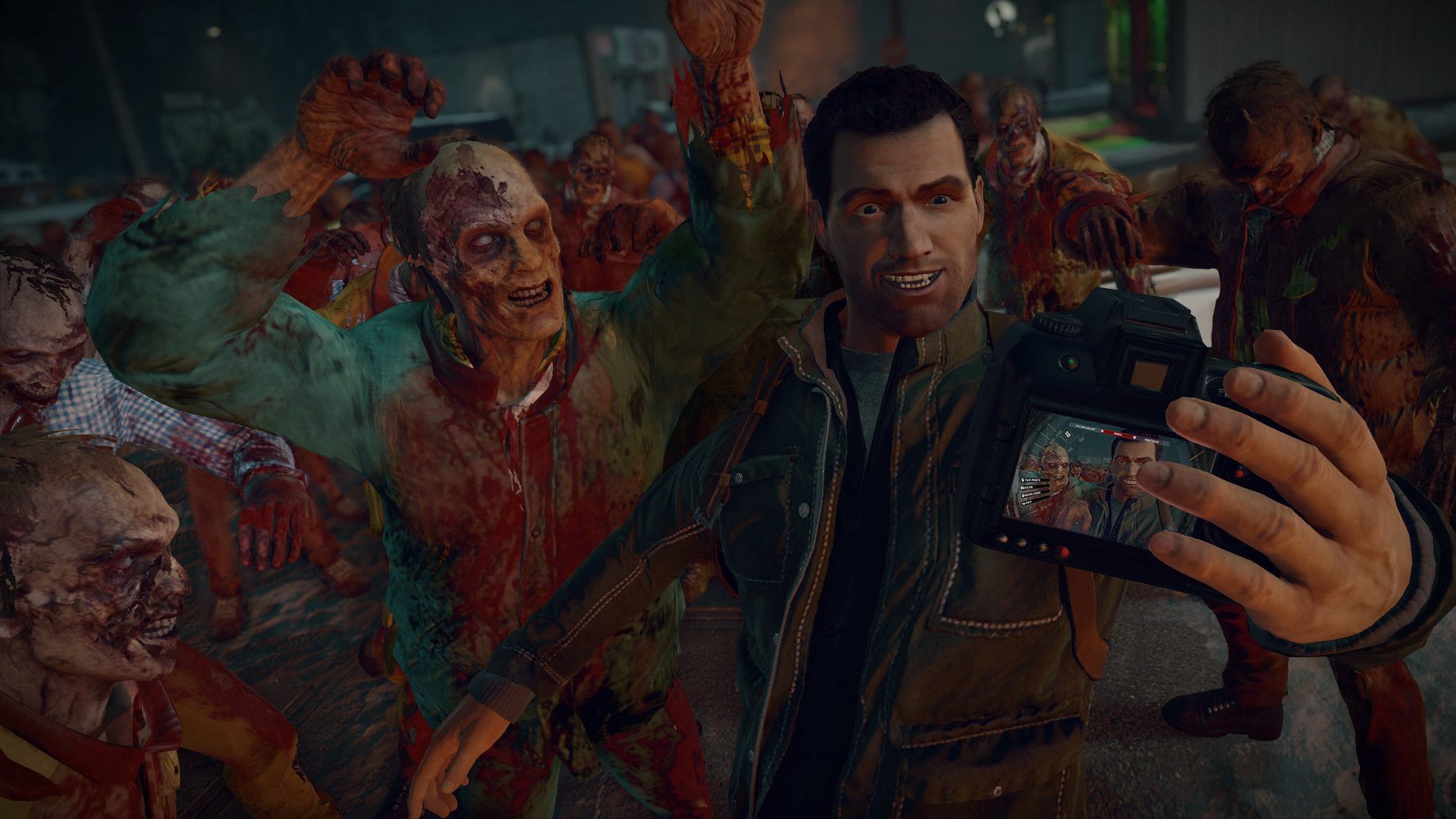 The original Dead Rising also caught some flak for its timer mechanic; since the game took place over 72-hours certain missions had to be finished before certain days began, with side missions only appearing at specific times. To counteract this, the game was made with replayability in mind, even if you failed to complete the game on the initial run, Frank’s level and abilities were carried over between playthroughs. The timer added a sense of tension and urgency to every mission in the game, where one zombie holding you back could be the difference between life and death.

Due to divisive reception to the timer, its importance was lessened in subsequent entries. Dead Rising 2 still kept a good balance; 3 may as well have not had it due to how lenient it was and culminating in 4 where it was not present in the game at all except for a paid piece of DLC. 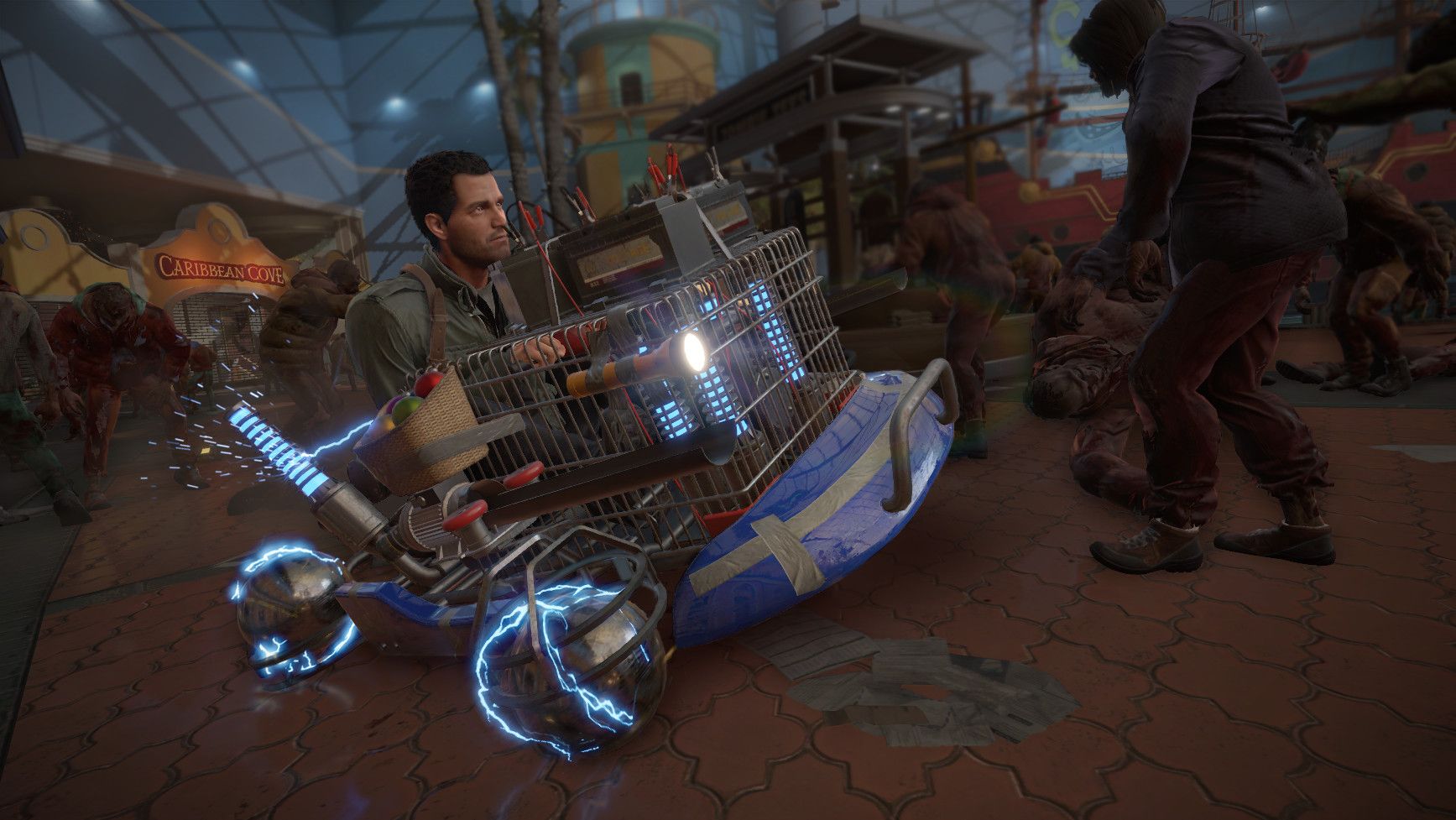 However, once the timer is removed from Dead Rising, what is the game? Dead Rising needed the timer to stay interesting; without it there's no tension. The zombie killing wasn’t the challenge, the zombies were no more than an obstacle to traverse. Even the initial game’s endless mode understood this by adding a hunger mechanic, rather than becoming a generic; hit enemies who pose very little threat simulator.

Dead Rising was a special game. Had the creatives behind it just stuck with their guns and made the game they wanted, instead of taking to criticisms and fan expectations – and undoubtedly pressure from Capcom management to adapt to these – the series would be thriving to this day. Sadly, due to the dissolution of Capcom Vancouver, it’s unlikely we’ll see any more of Dead Rising for a long time, but hopefully Capcom’s current hot-streak can extend to a revival of the series.