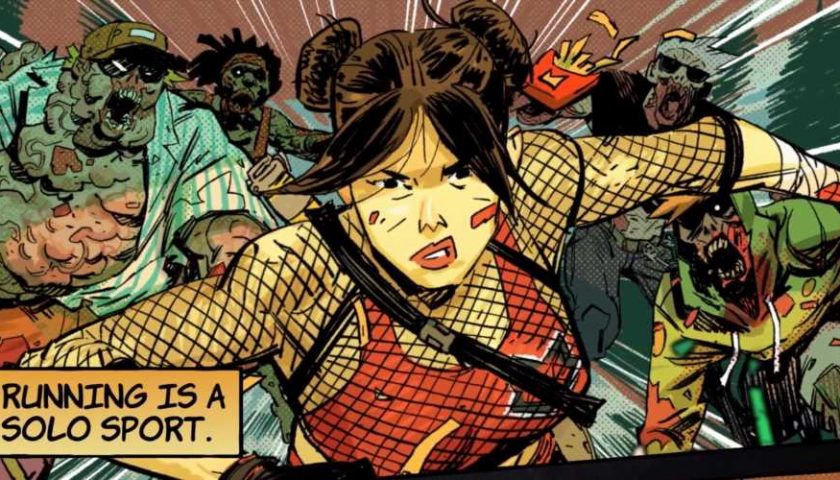 These unlikely heroes will be trying to survive in HELL-A, the game's nickname for Los Angeles, and collecting loot and gear to slay the infected. Players can choose among six playable characters, four which have just been revealed. Amy is a "quick-witted Paralympian" who finds zombie slaying even more of a buzz than athletics. She is described as laid-back and focused (hmm, a bit of a contradiction there, Deep Silver?) and an LA native.

Jacob is a stuntman originally from London, but the "antihero with rockstar flair" used to be a successful stockbroker before leaving eveything behind "to follow his dream of being a Hollywood stuntman". His love? Shakespeare. His hate? "Doing fuck all", according to his character description.

Ryan is another option. An exotic dancer from Fresno, Ryan is on a mission to get back to his little brother who was left behind in their hometown before the outbreak. So there's some empathising backstory for Ryan there. Good stuff.

Next is Dani, who was a regular at mosh pits in County Cork. The Irishwoman is a "headstrong rockabilly brawler with a foul mouth and a twisted sense of humour". A sense of humour is probably important when the world has experienced a zombie outbreak and Dani is thus equipped. But apparently she loves breaking rules and hates talking to her family. A protagonist who's an outcast and a rebel? Never before seen!

While the characters may have some archetypal attributes, their designs do look pretty good. And Deep Silver has even included cosplay guides to each character. For that and more details, you find Jacob's page here, Amy's here, Ryan's here, and Dani's here. Dead Island 2 comes to Xbox Series X/S, Xbox One, PS5, PS4, and PC on April 28.