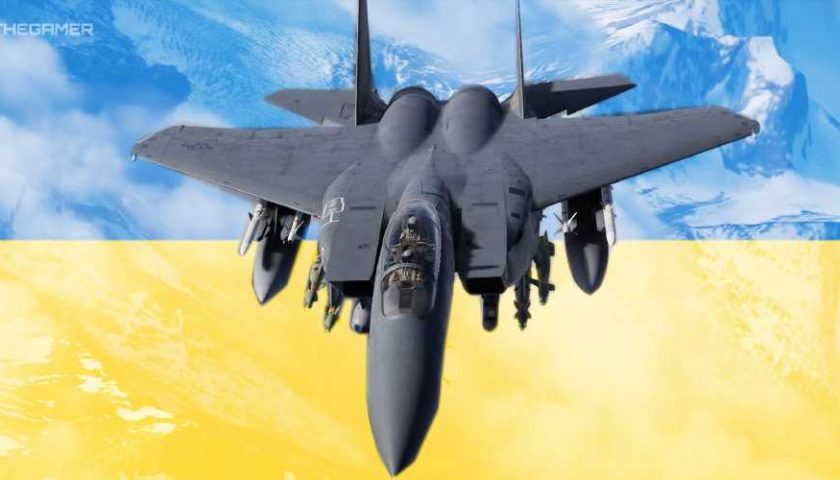 Video game graphics have come a long way in a very short amount of time. With the arrival of the latest consoles and PCs continuing to get more powerful, a game's environment can often be indistinguishable from how that same place might look like in the real world.

Most of the time, realism in games is a good thing. However, when it's being used to fool people into thinking footage from a game is something it isn't, it obviously is not. That has been happening a lot on social media this past week, as a number of people have been attempting to pass off combat from various military games as footage from the Russian invasion of Ukraine. So much so that developers of those games are now attempting to make it clear which videos online aren't real.

DCS: World is one of the combat simulators being used to trick people into thinking its gameplay is actually video footage that has been shot in Ukraine. “It is paramount to avoid generating images that could be misconstrued and potentially put lives in danger,” the statement from Eagle Dynamics reads. “Fake news of this nature is too serious to be left alone and needs to be called out by those of you who know what to look for.”

The clip in question is made to look as if it has been shot using a mobile phone. It shows one jet shooting down another and appears to have been one of the videos that led to the Ghost Of Kyiv story that started to circulate online a few days ago. We reported that the Ghost of Kyiv story was not accurate, or at least not entirely, but was spurred on by clips like the one from DCS: World being pulled from the game and passed off as real footage.

DCS: World isn't the only game being used to try and fool people into thinking video game footage has actually been shot in Ukraine. People are also being fooled into thinking gameplay from Arma 3 is actually video footage from the Ukrainian conflict too. This isn't the first time Arma 3 has been used for this sort of thing either. A clip from the game was even used on an Indian news network last year in an attempt to convince viewers Pakistani soldiers were aiding the Taliban.