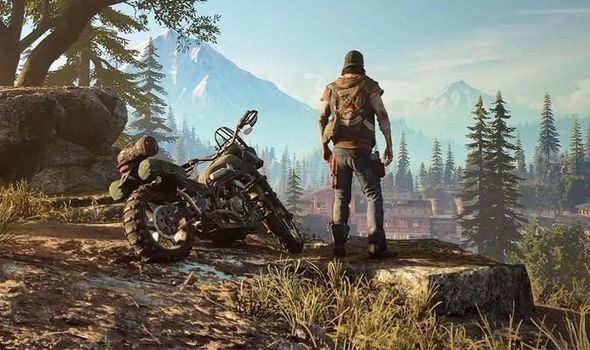 Days Gone, the open-world survival game that pits you against an army of “Freakers” and monsters, finally releases this month on 26th April.

The game is a PlayStation 4 exclusive and joins highly rated company like God Of War, Bloodborne and Uncharted 4 in that regard. Typically, Sony exclusives this year have been both critically and commercially successful. To that end, many were expecting Days Gone to be another hit.

However, TheSixthAxis is reporting that the game’s review embargo lifts at 1 pm on UK time on the day before launch, 25th April.

By comparison, God Of War reviews were able to be published just over a week before the game’s launch. Review scores suggested that Sony were wise to feel confident in Sony Santa Monica’s reimagining of the franchise.

Typically, when you see review scores go live just before release, it suggests publishers aren’t too confident about the title’s potential.

Of course, a late embargo doesn’t necessarily facilitate a lower score – especially given Sony’s track record with exclusive games in this generation.

While many will have preordered the game already, it might be worth waiting to see what the critical reception is to the title before parting with your hard-earned cash.

Days Gone was introduced to the world during Sony’s 2016 E3 conference and features an open world to explore in the Pacific Northwest where an infection has converted people to Freakers – a horde of zombie-like creatures that hunt in packs.

Players take on the role of Deacon St John, a member of a motorcycle club who must use stealth and cunning to overcome both infected enemies and wildlife as well as a contingent of human survivors.

It is being developed by Sony’s Bend Studio and will be their first game for home consoles since 2007’s Syphon Filter: Logan’s Shadow on PlayStation 2. In the interim, the developer has worked on games for Sony’s handheld consoles, including two Uncharted games for the PlayStation Vita.

With anticipation building for the release of Bend Studio’s new game Days Gone, Sony have implied that they’re hoping the game will eventually lead to a franchise.

Days Gone was announced at E3 2016 with the promise of delivering an open-world action adventure game set in a USA overrun by different kinds of zombies, collectively known as Freakers.

Even controversy surrounding the fact that some of the Freakers appear to resemble children has done little to dampen excitement for the game, thanks largely to exhilarating trailers and strong preview reaction.

Interestingly, in a conversation with Average Caucasian Shark’s Jason Hendricks, an unnamed Sony PR representative reportedly stated that Sony is looking at Days Gone as a new franchise, ‘The goal is always to make a game that people love and want more of.’

Fans are speculating that Sony’s overall aim for the Sony Bend release is for players to enjoy the world of Days Gone enough to warrant a sequel or perhaps multiple sequels in the future.