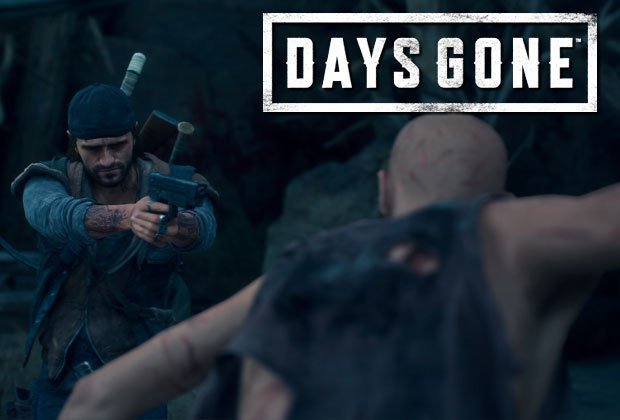 Sony’s next big PS4 exclusive is due to drop very soon. Days Gone, from BEND Studio, is due to be released on April 26, 2019… just two days from now!

Though originally due to drop in 2018, the game was delayed so Sony could ensure it would live up to its high-quality PS4 exclusive roster we’ve seen this gen so far.

Well, we’re hoping the game will indeed match the likes of Bloodborne, Horizon: Zero Dawn, Uncharted 4 and more besides – after all, Sony has had a storming generation so far, and it’d be a shame to drop the ball now before The Last of Us II, Ghost of Tsushima and Death Stranding release.

But, thanks to some hands-on impressions that have gone live in recent weeks, we have a decent idea of what to expect.

A series of previews from a month or so back tell us to expect good things from Days Gone, though with a few caveats.

The folks over at Stuff had this to day about the game:

“For all its good ideas, Days Gone feels a little stilted in gameplay – a jack of all trades, master of none. Combat is punchy and pacey, but the stealth and the gunplay lack any real refinement and often left us wanting more.”

VentureBeat seems to agree, based on the outlet’s write-up:

“My colleagues continue to be skeptical about this game, even though they’ve played a lot less of it than I have. Days Gone has some challenges because we have so many zombie games out there, and one of the greatest was also published by Sony — The Last of Us, from Naughty Dog. The Last of Us Part II is in the works, and it is setting a high bar.

But Garvin made a good point in a previous interview. Just because we’ve had one good zombie game doesn’t mean that the market is saturated, as that is like saying “superheroes are played out.””

Finally, GameReactor seemed to think the doubt they had going into the demo was mis-placed:

“After the three hours we spent with the game, it became clear that Days Gone is going to be worth the extra wait we’ve had to endure. It looks like we’re dealing with another strong PlayStation exclusive, but we’ll find out for sure when the game lands on April 26.”

Finally, in our own hands-on with the game, we noted that whilst there are a lot of interesting ideas and unique takes on the game… there are also some issues you need to be aware of before you commit to buying it.

“Boil it down and the game is a mix of Sons of Anarchy and The Walking Dead – it has all the attitude and grit of SoA mixed with all the edge of your seat tension that comes from the best episodes of The Walking Dead.

That said, it’s also taken some of the worst parts of its inspirations, too: it’s got (based on our time with it so far) all the emotional depth of The Walking Dead’s most mundane episodes, and the pace starts to drop off after a killer intro… much like Sons of Anarchy when it dropped us in Ireland for a whole season.

There’s a lot to like about Days Gone, but so far, it’s failed to live up to the extraordinarily high benchmark that Sony has set itself for PS4 exclusives this generation.”

Our review is currently in progress and will go live for embargo tomorrow at 1pm BST – be sure to come back then to find out what we thought.