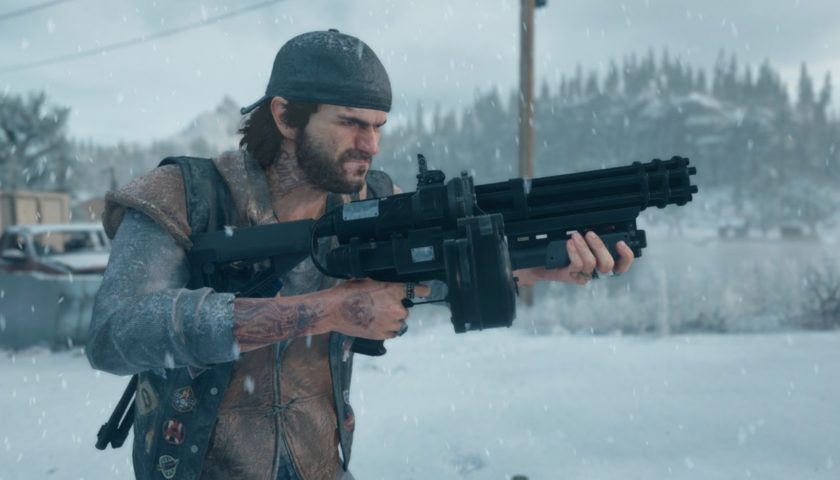 Its been over three years since Days Gone launched (nearly two since directors Jeff Ross and John Garvin left), and Garvin is still bitter about its poor reception, going as far as to blame "woke reviewers who couldn't handle a gruff white biker looking at his date's ass". This is nothing new for Garvin, as he appeared on David Jaffe's podcast last year to say that he doesn't want to buy into political correctness and "satisfy social justice warriors".

This was a clear reference to complaints that The Last of Us Part 2 was too 'woke', a sticking point that Garvin has repeatedly claimed as the reason for why Day's Gone underperformed critically, and one he sticks to even today. Although, as Lead Features Editor Jade King writes, Days Gone would've been just as poorly received if Deacon was staring at his male date's ass as he walked by.

He commented about Days Gone – again, three years on from launch – because someone tweeted, "I will never understand how this game didn't get universal praise from critics. One of the few times I've been utterly blown away because I was expecting an average experience based on the reviews." Garvin responded with three pointers, the first of which being the tech issues and frame rate, the other two claiming reviewers "couldn't be bothered to actually play the game". This is a pretty common accusation hurled out whenever negative reviews come in, and one we're seeing again with The Callisto Protocol, but it has little weight. Unfinished reviews tend to be flagged as "In progress", not giving a score until the reviewer does beat the game.

As many in the comments highlight, there's no evidence for the points Garvin is making, and the reviews weren't even that bad. Days Gone earned an average of 71 on Metacritic, i.e. a seven out of ten. It didn't quite hit the highs that Sony usually does of eights and nines, but it wasn't slated to the same level as Balan Wonderworld, Babylon's Fall, or even Marvel's Avengers.

But his final point does lean into the crux of Garvin's mentality when it comes to why his game failed, because he wanted to make a game that was about dude's who love women, so much so they stare at their ass everytime they walk by. The sexist undertones here are pretty blatant, and have drawn a lot of ire from commenters who are calling on Garvin to rescind his comments and delete the tweet.

At the end of the day, Days Gone didn't review well. Not every game gets eights and nines out of ten, but three years of the same arguments on loop has to get tired at some point, eh? In the meantime, Garvin is busy with his blockchain web 3.0 project at his new studio.