Dauntless has quietly rolled out endless Behemoth hunts in a new Experimental mode available to select players. For those who received an invitation to participate through the in-game mail, the new Experimental mode is a sort of beta testing area where progress does not transfer to a main account in Dauntless.

Once logged in, players will have access to a limited set of basic, level six weapons and armor, as well as a few Cells. More importantly, players will be able to queue into the Endless Blaze Hunt, which is Phoenix Labs’ first iteration of an open world hunt where players engage in Behemoths for as long as they like without the need to load back to Ramsgate after every kill, and will respawn after only a few minutes. 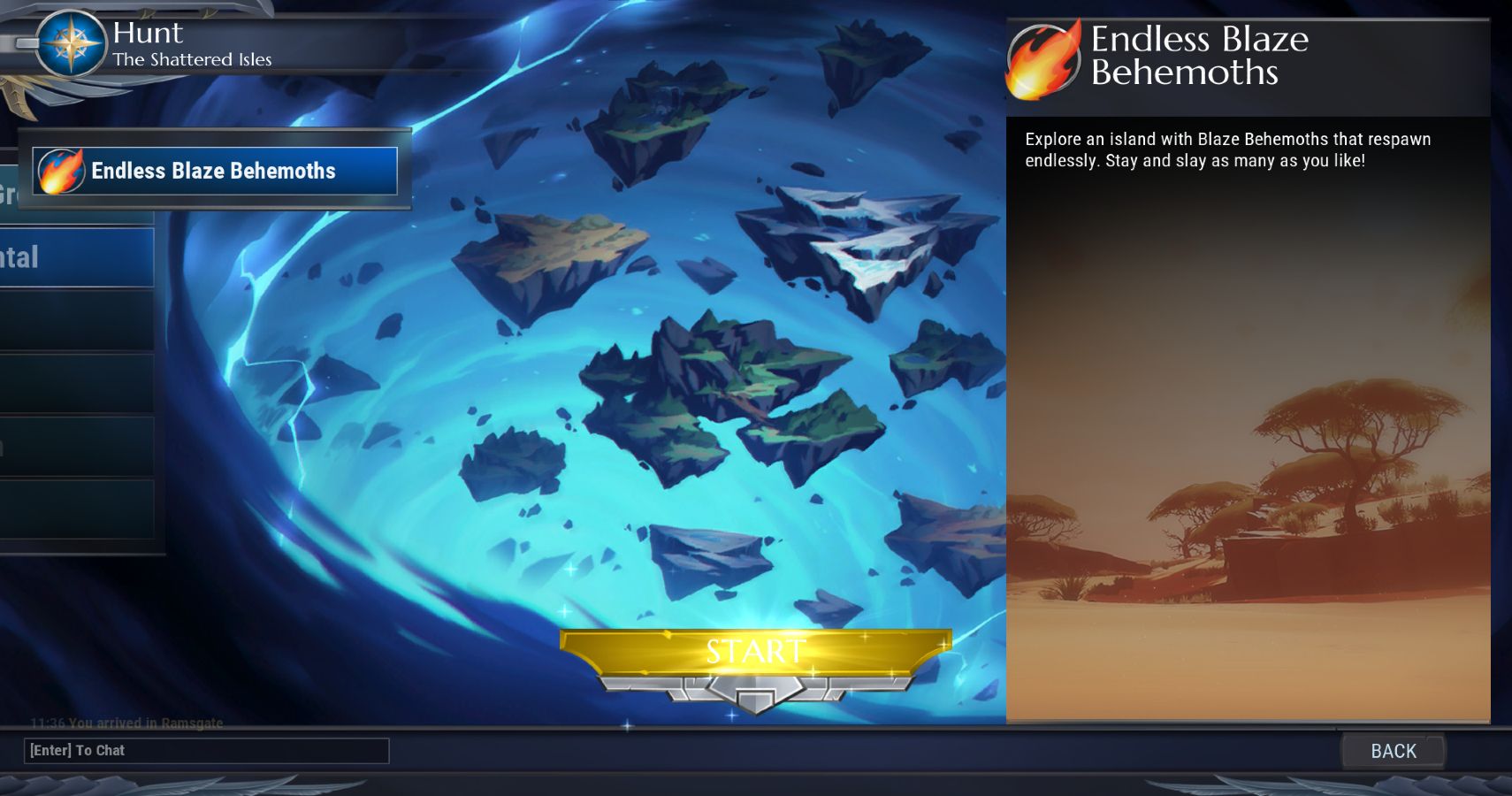 Once arrived at an island, players will see “?” on their compass to indicate that a Behemoth has been spotted there. The current range of Behemoths so far similar to those from the Blaze Escalation, such as Gnashers that have been infused with fire elemental attacks.

Players who are knocked down may still be revived by another Slayer, however, there is also a new way of getting back into the action. If no one revives a fallen Slayer, after ten seconds they will automatically be revived and sent to a nearby respawn area, allowing them to quickly engage their target once again.

At the moment, the island feels quite small. While it is a regular sized map, having several Behemoths means that players need to move only briefly before coming to their next hunt. It is difficult to gauge how challenging an endless hunt could be, because the Behemoths in Exploration mode were low in level, as was each Slayer’s gear, and each battle lasted only one or two minutes.

In their announcement, Phoenix Labs has stated that the map will eventually be much larger, and potentially linked to multiple islands to provide a broader feel. Behemoths will also have a difficulty rating to show how challenging a hunt would be, and rare spawns would provide an even greater challenge.

A major difference between this new endless hunt and regular patrols, trials, and escalations, is that players will be able to swap between their builds and gear any time as though they were in the training grounds.

There is much more to check out about the new mode, and readers can click here to see what else the developers have planned in the new mode. For now there is no firm date for when this might become a part of the game, but it is still exciting to see an early version in development.