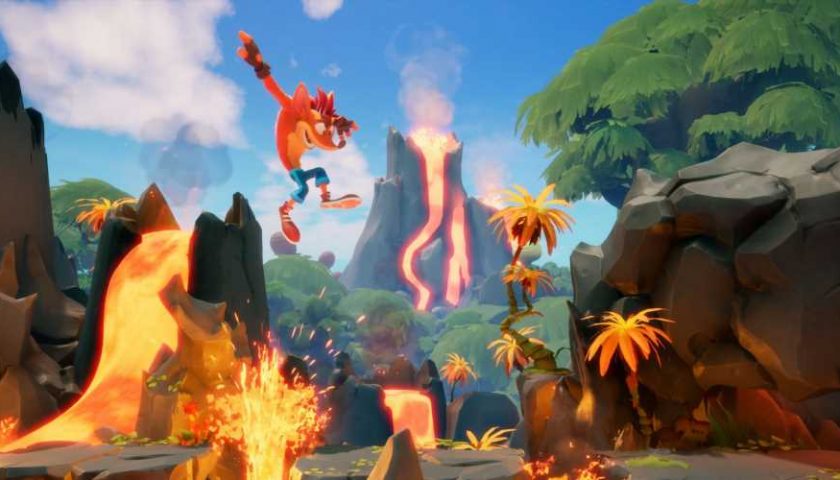 A dataminer has found files within the Steam and Battle.net versions of Crash Bandicoot 4: It's About Time that appear to reference characters, stages, and moves from what is presumed to be Wumpa League.

For those who don't know, Wumpa League is the name of a multiplayer-focused Crash Bandicoot game, one that was teased with symbols and mentions during It's About Time's initial launch and for a little bit after, before seemingly being cancelled after the game reportedly didn't sell to Activision's expectations and Toys For Bob were moved to work on Call of Duty.

A recent tease from Activision following the release of It's About Time on Steam implies that something new for Crash will be at The Game Awards, which is presumed to be Wumpa League. To add even more fuel to that fire, Twitter user ditto_arts has found data within the Steam release of the game that seems to be for Wumpa League, as it mentions multiple playable characters and abilities that aren't present in It's About Time.

The first set of data that ditto_arts shared makes reference to different modes, including Capture the Flag, Race Royale, and Ring Out. There's also a Tutorial Island of some sort, which is presumed to be related to an audio file that teaches you the basics of one of the modes.

One of the more interesting discoveries is a list of tags that relate to playable characters and their abilities. The characters listed in the tags include Coco, Dingodile, Cortex, Fake Crash, Papu Papu, and Ripper Roo, each having their own special abilities. There's also a list of useable items that reveal that Wawa, Rokko, Lolo, and Pyro from Wrath of Cortex will make an appearance alongside Aku Aku and Uka Uka.

These leaks make it hard to get a good idea of what Wumpa League actually is, but it seems to be some kind of party brawler with different modes, seeming similar to games like Rayman M. It's not clear how much of the data found within It's About Time will transfer over to the final game, but it's clearly related to Wumpa League and gives us a first clue at what that game will be all about.