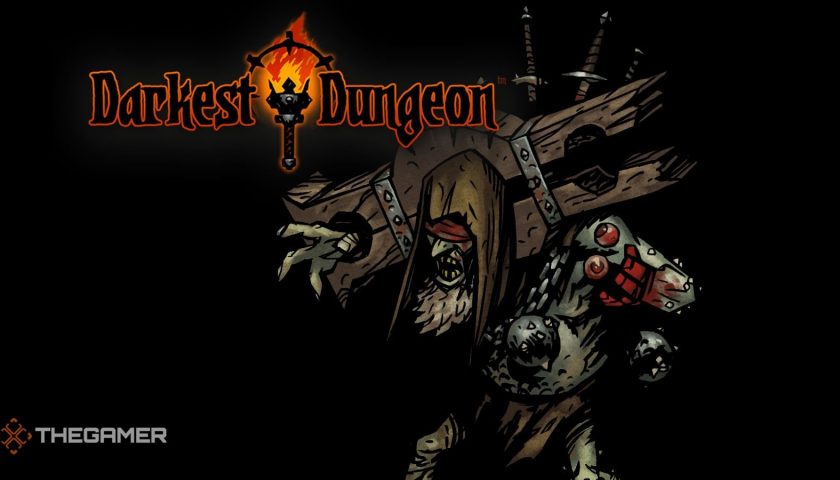 You’ll face a number of threats and bosses during your expedition into the Darkest Estate in Darkest Dungeon. Each boss is available in three different difficulties, apprentice, veteran, and champion, and they’ll have slightly different names to indicate which level they are.

The Prophet is one of two bosses that you will encounter in the Ruins, and he’s the trickier of the two due to his battle mechanics. Here are our recommendations on how to beat the Prophet boss and the best hero setup to use in order to do it. 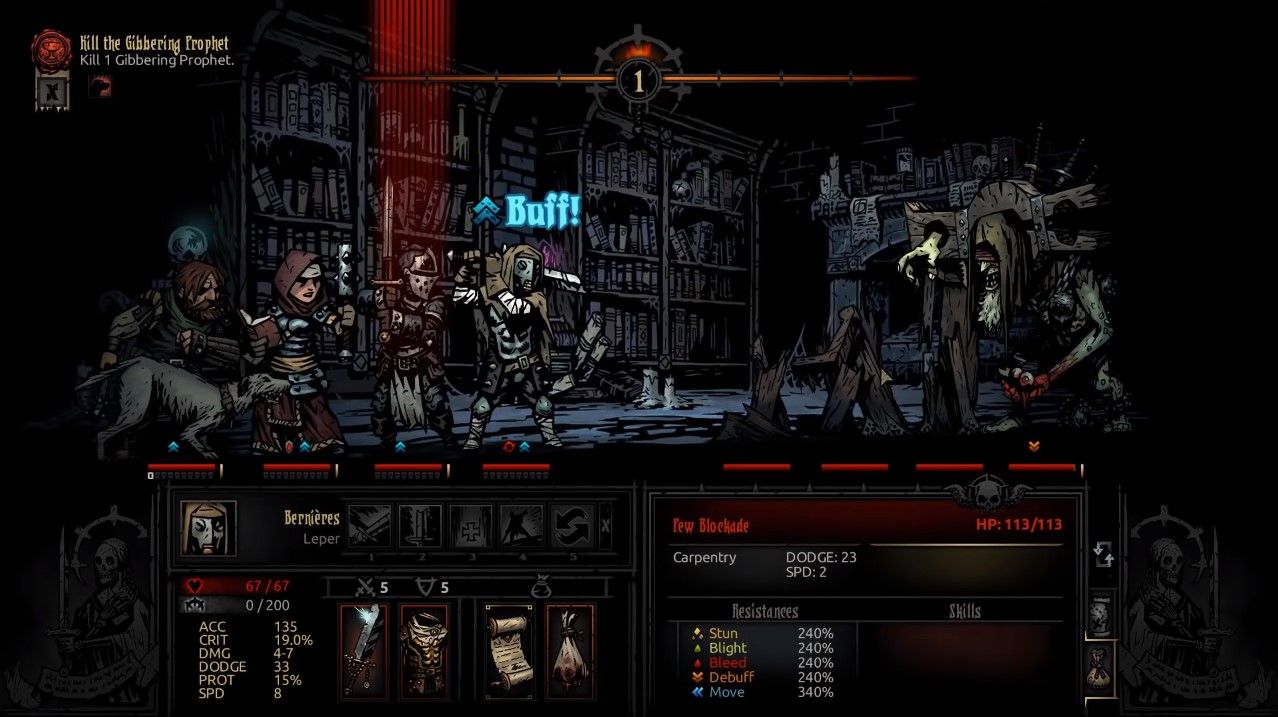 Make sure all of your party members are well-equipped and be sure to bring along enough provisions and torches as the boss fight is usually in the final room on the map. Bring along trinkets that increase your resistance to Stun if possible.

The first thing you need to know about this battle is that the Prophet will be in position four with wooden pews taking up the first three positions.

It’s up to you whether you want to destroy the pews and force the Prophet forward (getting some valuable loot in the process), or ignore the pews and employ heroes that can attack position four easily. We’ll cover both options further down.

The next important thing to know is that the Prophet attacks three times each turn. He always opens with Calamitous Prognostication, which marks either one or two of the positions of your heroes. 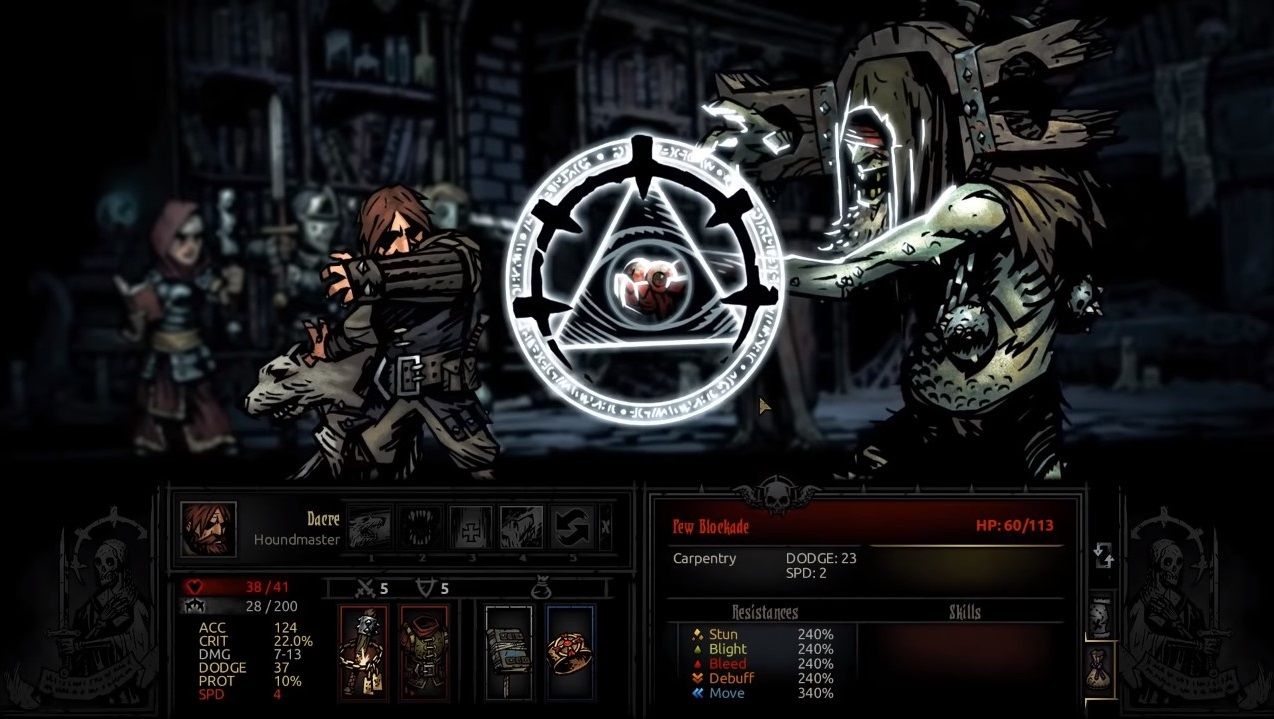 His next move will either be Eye on You, which damages at least one party member and Stuns them/increases Stress, or Fulminate, which damages your entire party and inflicts Blight. Eyes on You is more likely if your party members are stressed out.

Finally, he’ll use his most annoying move — Rubble of Ruin. This deals great damage to those standing in the marked positions. (You can swap out weaker characters for those better equipped for handling the damage if you really want, as it is the position that is marked, not the hero.)

Option 1: Focus on the Prophet

When it comes to your party setup, we recommend using the following heroes if you plan to ignore the pews:

If you plan to ignore the pews, stack Bleed and Blight on the Prophet and also make sure you Mark him. The Arbalest and Bounty Hunter have damage bonus skills against marked targets, and the Grave Robber has damage bonus skills against marked and blighted targets. Your Vestal will be in charge of healing while the rest of your team focuses on taking down the Prophet as soon as possible.

When it comes to your party setup, we recommend using the following heroes if you plan to destroy the pews:

Land Blight/Bleed on the Prophet and then use Crusaders or Lepers to hack at the pews and bring the Prophet into position one where they can begin pummeling him. Keep on top of healing with your Vestal, and concentrate the Prophet down once the pews are destroyed. The Prophet is an Unholy boss type, so Crusaders have a bonus damage against him.

Whatever option you choose, you’re essentially on the clock with this battle as even with the best healing, you won’t last too many rounds of Rubble of Ruin.