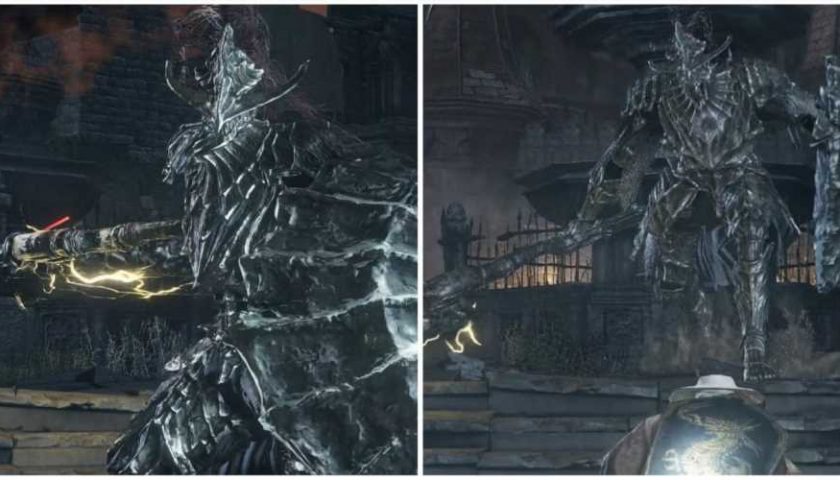 Dragonslayer Armour is one of the main bosses in Dark Souls 3 and is the armor which a knight once wore in the Age of Fire that's now hollow on the inside. He guards the entrance to the Grand Archives, and defeating him is mandatory in order to complete the main story. It is supposedly controlled by the Pilgrim Butterfly, the creatures in the background of the fight.

The armor holds a Greataxe and a massive shield that he uses to block all attacks. Here is all you need to know about Dragonslayer Armour. 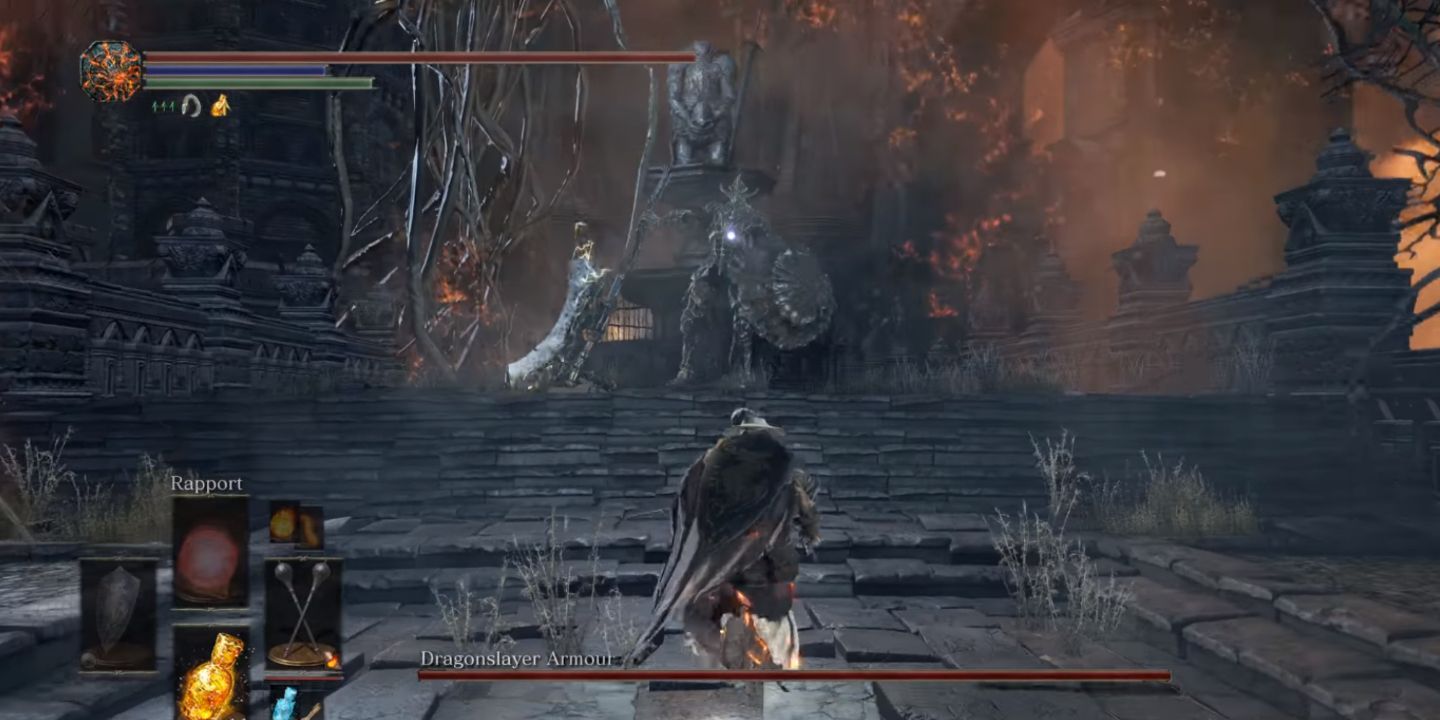 Dragonslayer Armour is located in Lothric Castle. The boss is not optional, and defeating him will give you access to the Grand Archives. There are two summonable NPCs for this fight. You can summon Sirris of the Sunless Realms; her summon sign is on the left side of the stairway that leads to the boss gate. You can also summon Eygon of Carim, whose summon sign is located in the building to the right of the stairway.

Defeating the boss will get you the 48,000 Souls and the Soul of Dragonslayer Armour that you can transpose at Firelink Shrine. 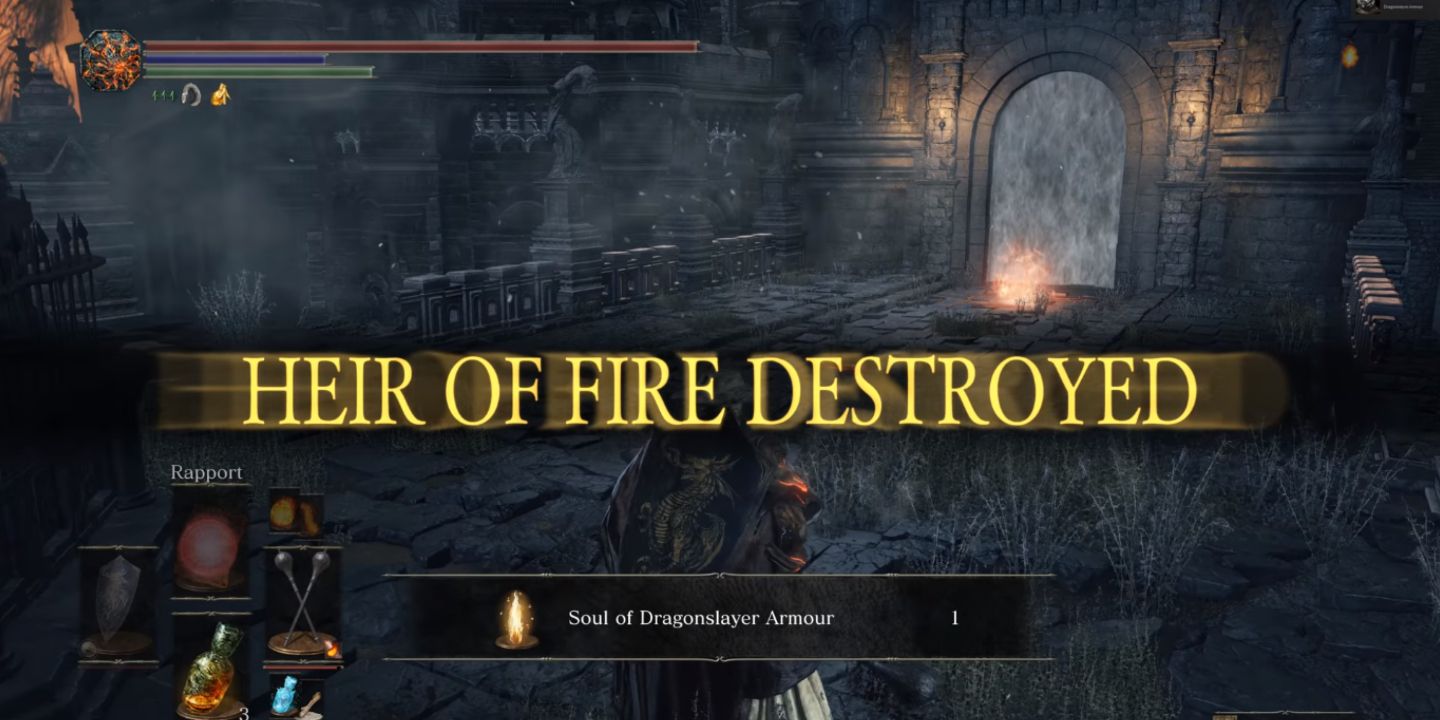 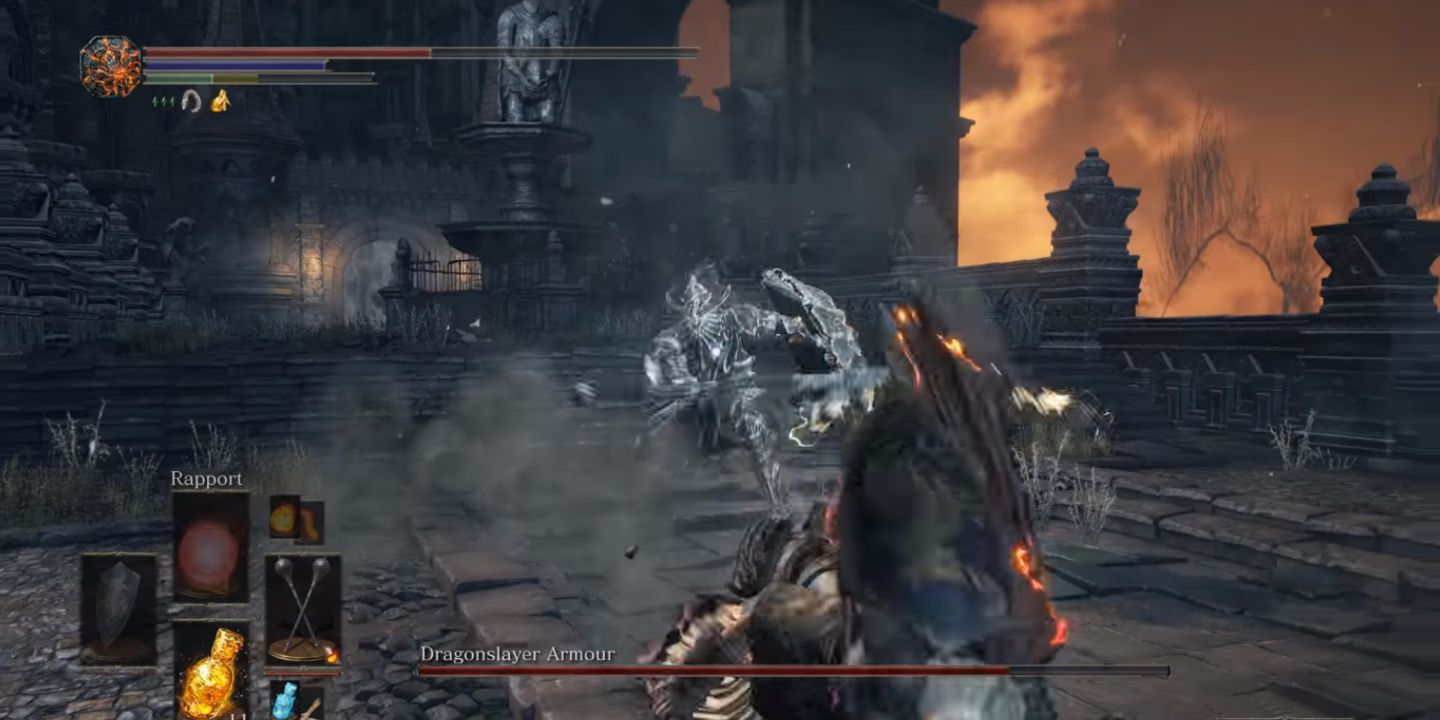 Dragonslayer Armour has two phases. Most of his attacks involve him using his Greataxe to smash the player.

The boss smashes the area in front of him using his Greataxe.

The boss uses his shield to smash your charcter.

The boss leaps into the air and attacks you with his weapon.

The boss charges his weapon and slams you, causing an AOE.

The boss charges up his weapon and performs an AoE slash.

Dragonslayer Armour runs toward you and uses his shield or Greataxe to perform a leaping blow.

The flying creatures in the distance start to fire ranged projectiles on the arena.

The boss goes down as if you have staggered him. During that time, he charges up and performs a strong AoE slash in front of him.

Dragonslayer Armour holds both handles of the weapon and slams it down. He then raises it with one hand and attacks you causing a Shockwave. 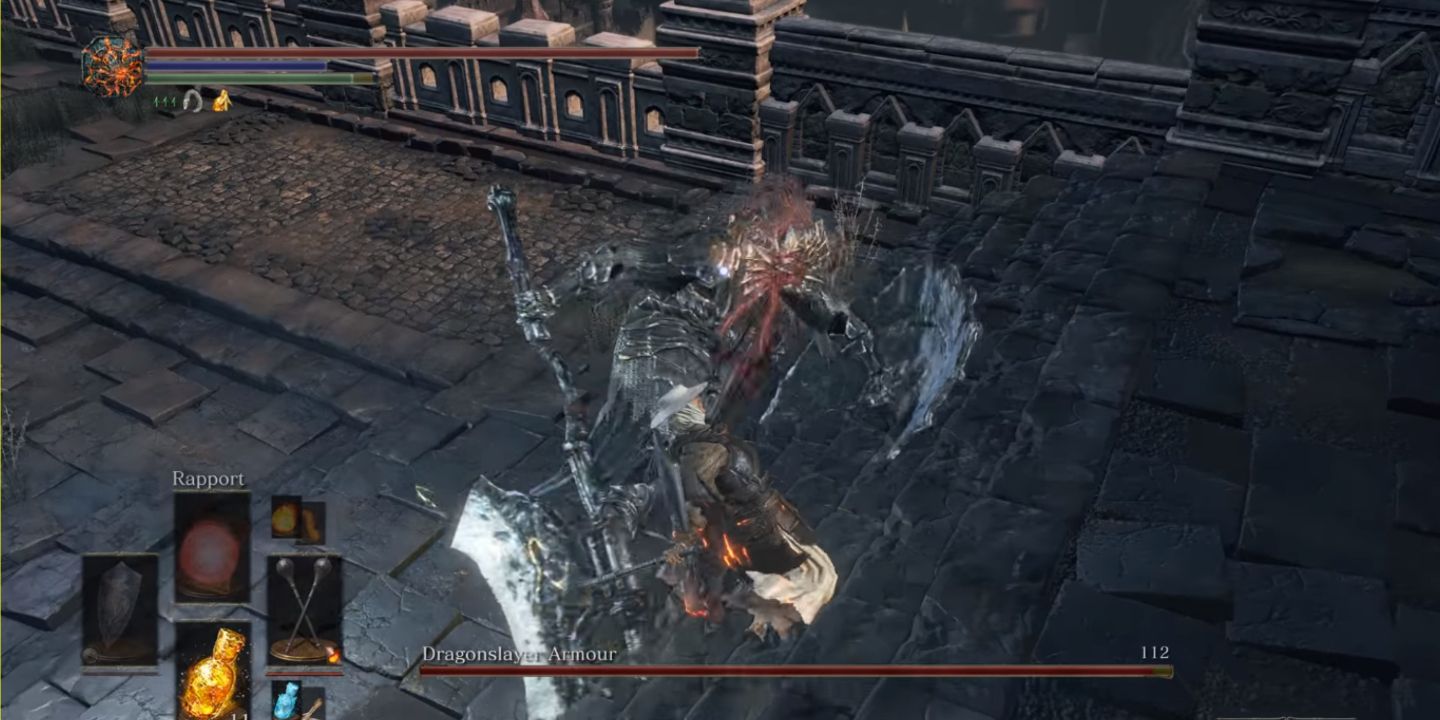 Dragonslayer Armour is a hard-hitting boss that can take you out in a few hits if you are not careful. Nevertheless, the fight is still rather simple. You just have to get your dodge timing right and only punish when you get the chance. Most of his attacks, like slam attacks or charge attacks, give you a lot of time to get behind the boss and get a few hits in.

The boss has low resistance against Magic, but still, defeating him as a Sorcerer will be hard. The boss keeps trying to close the gap if you are far away. The boss arena for this fight is a long narrow bridge. Long cast spells can leave you vulnerable. Great Heavy Soul Arrow is an exceptional spell for this fight as it does a decent amount of damage and has a low cast time.

The same strategy goes for Pyromancers as well. You can use Great Chaos Fire Orb or Chaos Bed Vestiges for this fight. Your main focus will be to run away from the boss and reach mid-distance so you can spam cast your fireballs. The boss has the lowest resistance to fire, making the fight relatively easy if you stay away from the boss.

As the boss loses around half of his health bar, the second phase will start. As the phase starts, the Pilgrim Butterflies will start raining projectiles from both sides of the arena. The area where the projectiles will land is shown, making it easy to avoid them. The boss has new attacks in the second phase.

One attack to look out for is the Stagger trap. The boss might go down and act as if it is staggered. This does allow you to get multiple hits in, but the boss soon does an AoE slash in front of him, doing massive damage. Even if you are on the side of the boss, chances are you might get hit by it.

Try to get behind before the slash animation to be on the safe side.

If the butterflies shoot their projectiles and you kill the boss, this will not stop the projectiles, and you will have to dodge them despite the fight being over. After the boss dies, some butterflies might fly away while others will drop down and die.