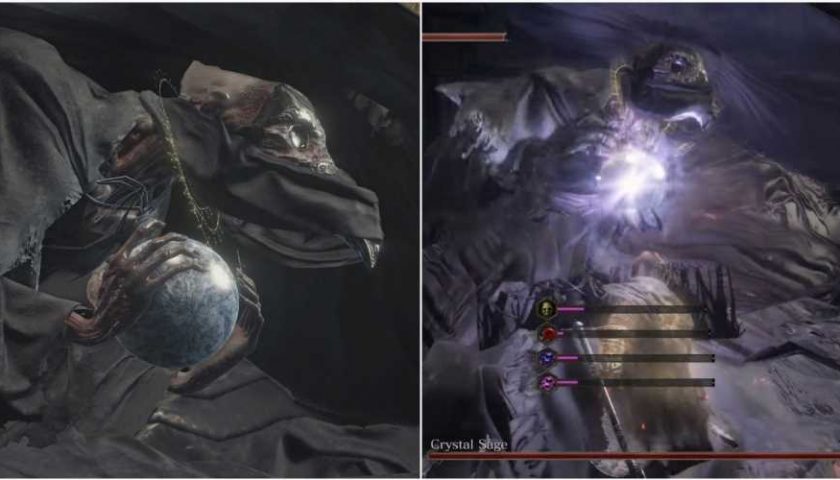 Dark Souls 3 has a number of bosses that appear in different areas of the game. Most of these bosses are mandatory to face in order to proceed further into the story. Crystal Sage is the main story boss that you will face in Road of Sacrifices. Being one of the easier main story bosses, the fight should be over in a few minutes.

Defeating the boss lifts the fog gate in the back of the room, allowing you to traverse towards the next main area in your journey. Here is all you need to know about Crystal Sage in Dark Souls 3. 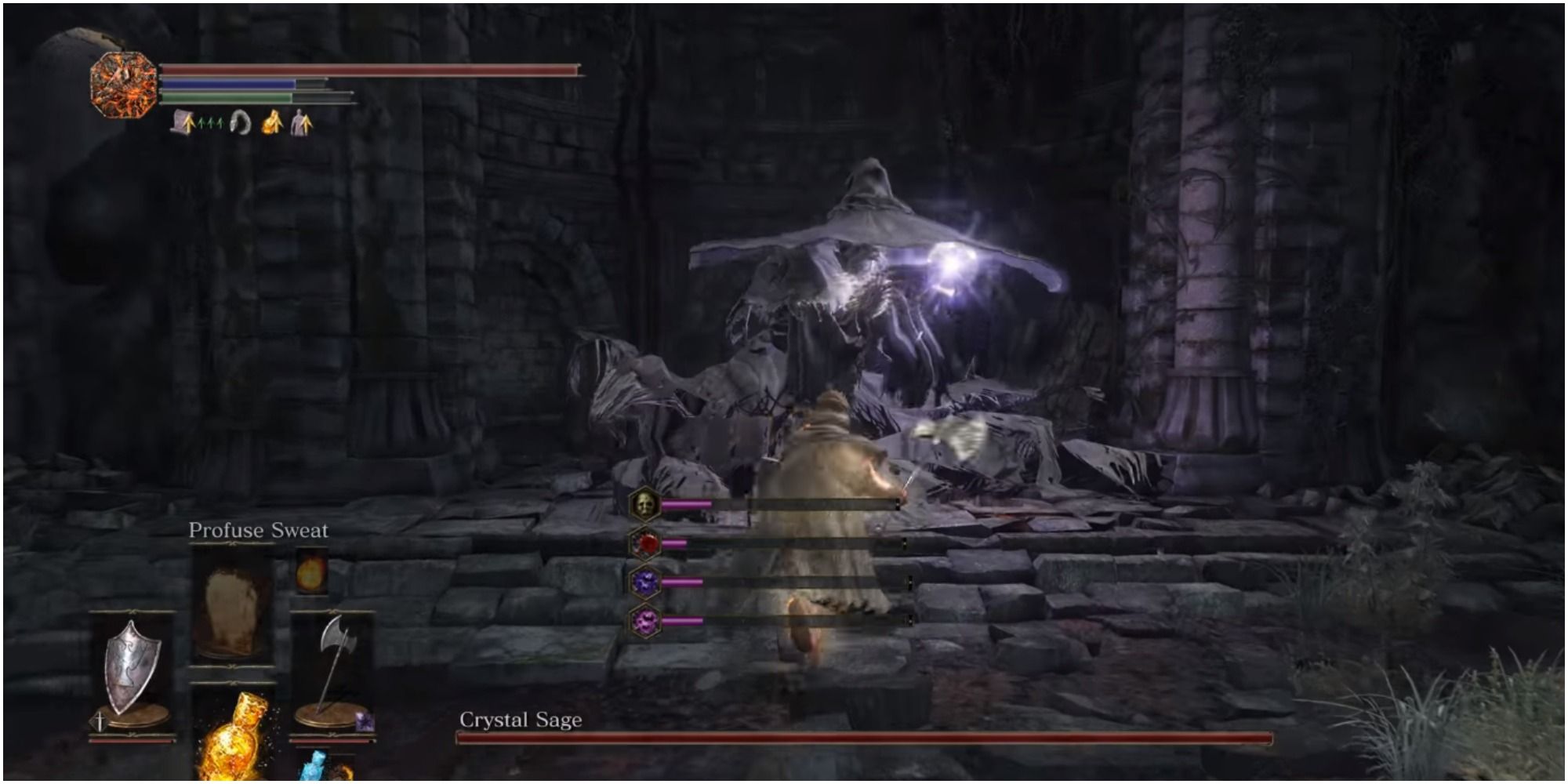 Crystal Sage is located in the Road of Sacrifices. The boss fight is not optional, and you will have to defeat it in order to get any ending in the game. For summonable NPCs, you can summon Eygon of Carim to help you in this battle. Aside from him, summoning online players is still available.

Defeating the boss will drop the Soul of a Crystal Sage. You can consume it to gain 3,000 Souls or transpose it to Crystal Sage's Rapier or Crystal Hail.

Do note that you can only transpose boss souls if you have defeated Curse-Rotted Greatwood. 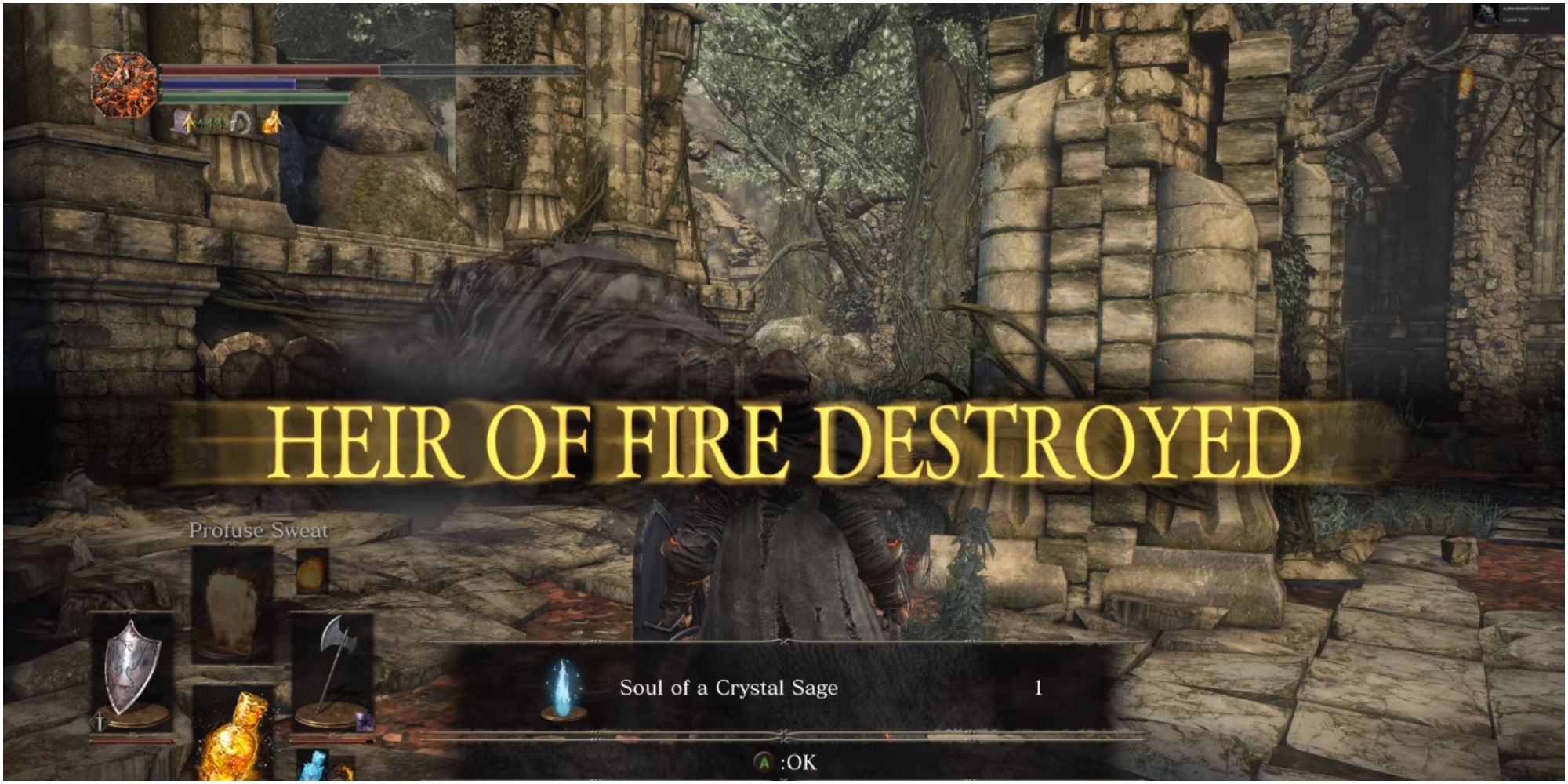 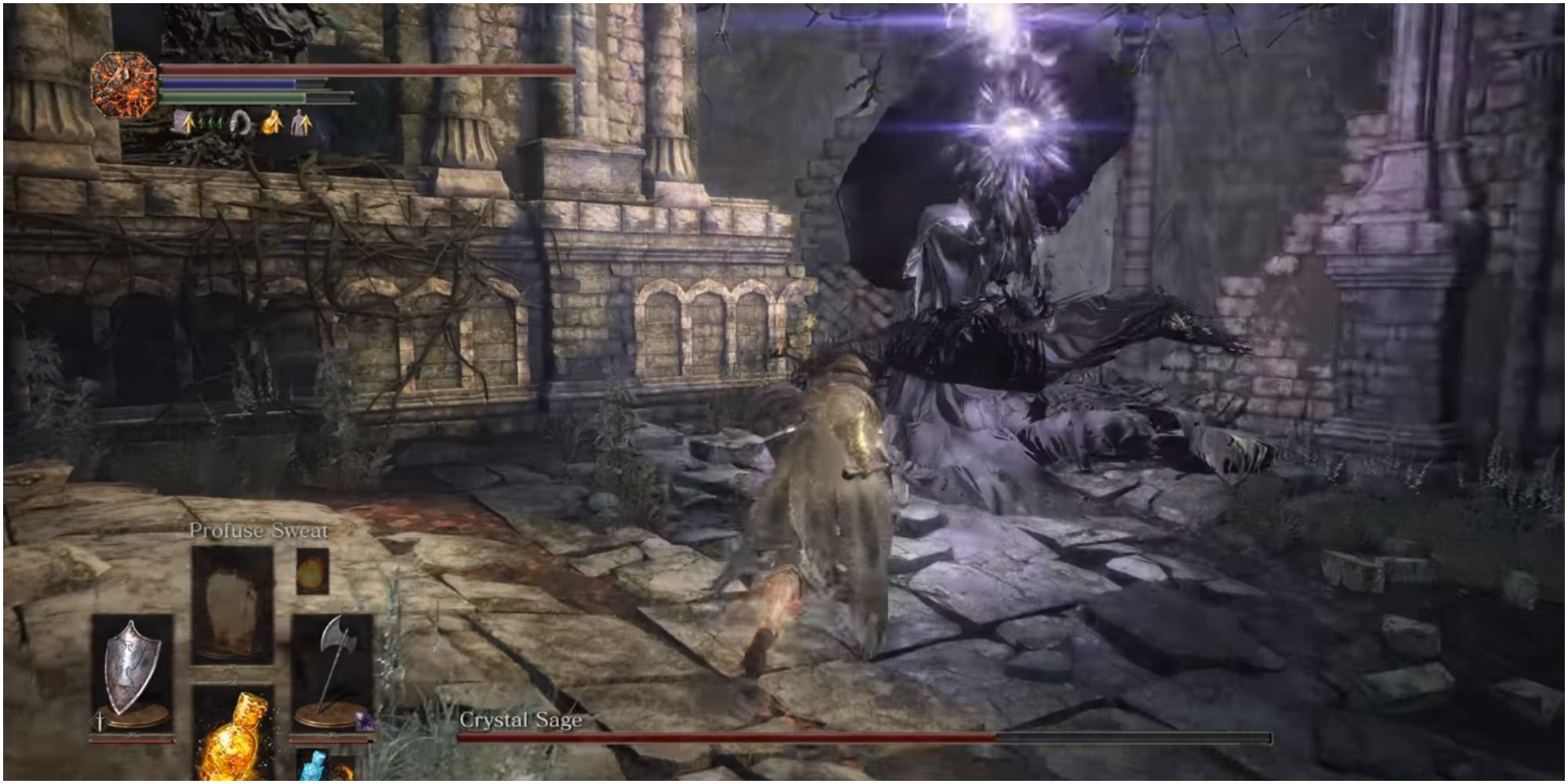 Crystal Sage has a variety of attacks that it performs throughout the battle:

The boss casts a Soul Spear at the player.

The boss causes a rain attack on you regardless of your position in the arena.

Crystal Sage casts a homing soul mass that follows you and deals damage.

After taking a few hits, the boss disappears, creating Ice Crystals around the ground. After a few seconds, it comes back to a random area of the arena.

At 50 percent health, the boss starts to spawn clones that cast Magic of their own. They can be taken down by a single attack.

The boss spews white breath in a trail which creates crystals.

Crystal Sage uses its Rapier to sweep attack the player multiple times along with a thrusting attack. This does a lot of damage to the player if they get hit by it. 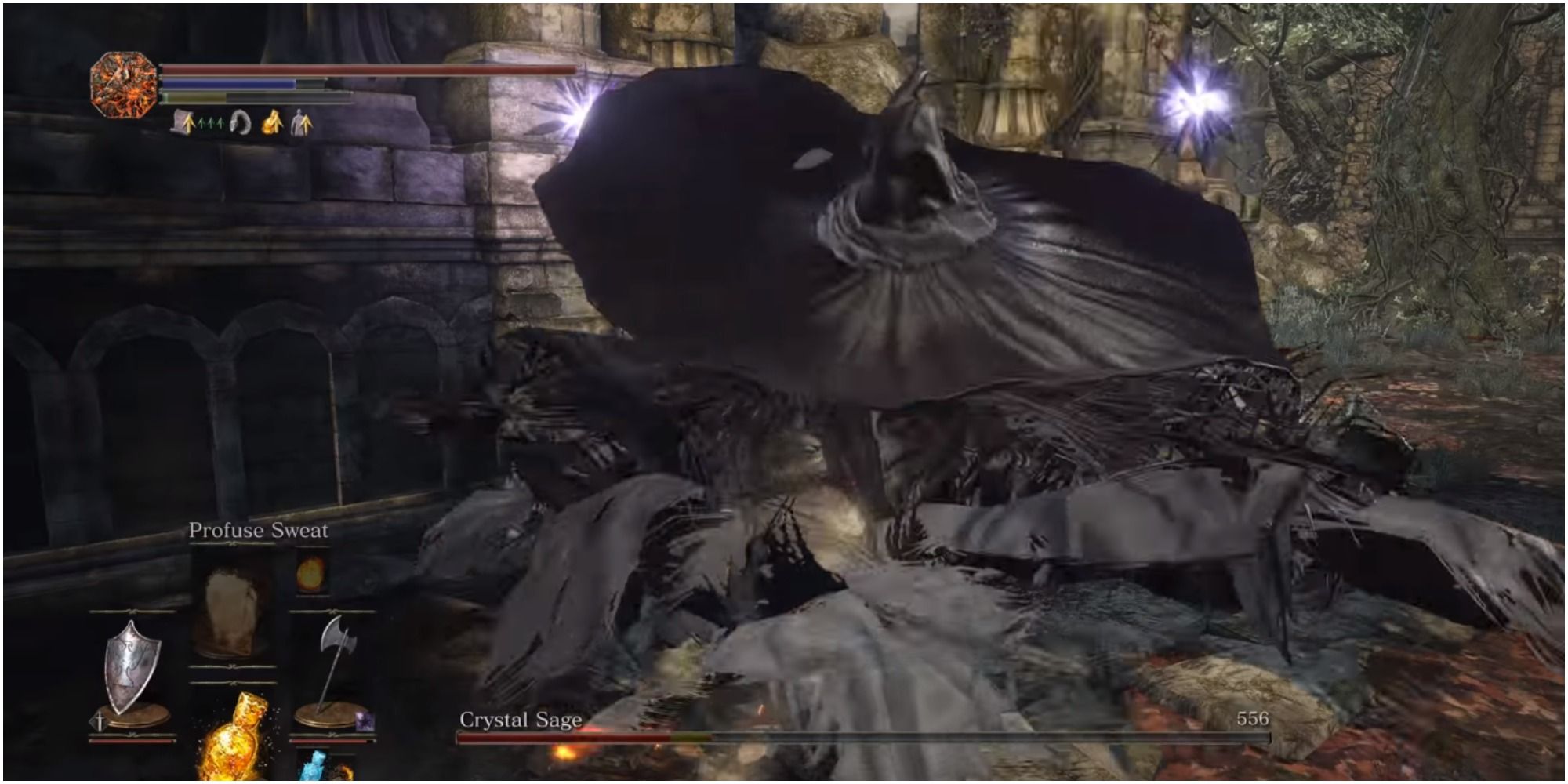 If you are going as a melee class, then you need to have an aggressive approach for this fight. The boss is quite weak to all forms of physical damage, so you need to stay at its rear and hit as many attacks as you can. You can dodge its Rapier combos to avoid any damage. In addition, these attacks can also be parried, staggering the boss and allowing you to perform a Riposte.

The boss is quite weak to Lightning as well. This allows you to coat their weapon in Lightning using the Lightning Resins and do serious damage to the enemy.

In the second phase, the boss forms clones that appear in different zones of the arena and can deal serious damage. You can either run at them and hit them once or use Throwing Knives at them.

For magic casters, the fight can become a bit troublesome. This is mainly because of the boss's strong resistance to Magic. It casts Soul Spears, White Dragon Breath, and other magic spells.

For pyromancy users, the fight is quite easy because of the boss's weakness to Fire. Great Chaos Fire Orb and Bursting Fireball are good choices to have. You can buy these from Cornyx of the Great Swamp in Undead Settlement.