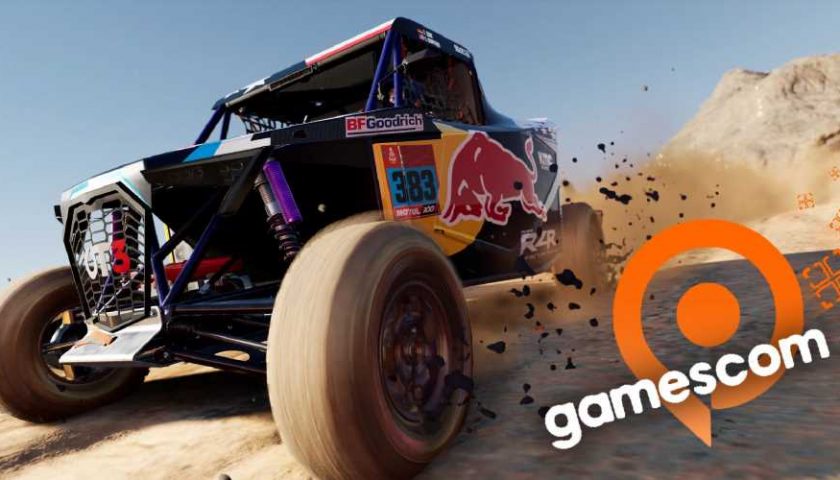 Dakar Desert Rally is a very intense video game. I quite like driving sims, especially ones that let you loose to tear it up rather than getting too bogged down in technical perfection, but with Dakar Desert Rally I got more than I bargained for. Despite the fact that I have a little piece of plastic that says I can legally drive, I haven’t actually driven a car in a decade. So when Dakar Desert Rally brought a full driving rig to Gamescom, complete with wheel, roll cage, and pedals, I was a little thrown off by the intensity of it. Nevertheless, this is my story.

Dakar Desert Rally’s devs stress the balance between realism and fun they have struck, and I see where they’re coming from. The game has created a huge open world map, much like the actual Dakar Desert Rally, where every geographic crenelation is accurate to real life. With the ability to create your own tracks too, having this massive (and quite literal) sandbox is a major advantage for the game. In an attempt to streamline track creation, many of the market points can be added automatically as you plot your path too, saving budding track designers significant time and making it that much easier to experiment with concepts that, on surface, might appear a bit overwhelming.

Of course, the major draw is not in making the tracks, but in racing on them. Obviously when most players experience the game for themselves they likely won’t be inside the sort of rig I was, but it’s still an incredibly intense game. In an attempt to recreate the rally, the map will be full of choppers flying overhead, bikes roaring past, and extreme weather conditions as the environment swirls with life all around you. Racing games can sometimes feel a little sanitised, off on their isolated tracks with their clean lines, but Dakar Desert Rally gets the dirt in your tyres and invites you to get down and dirty. 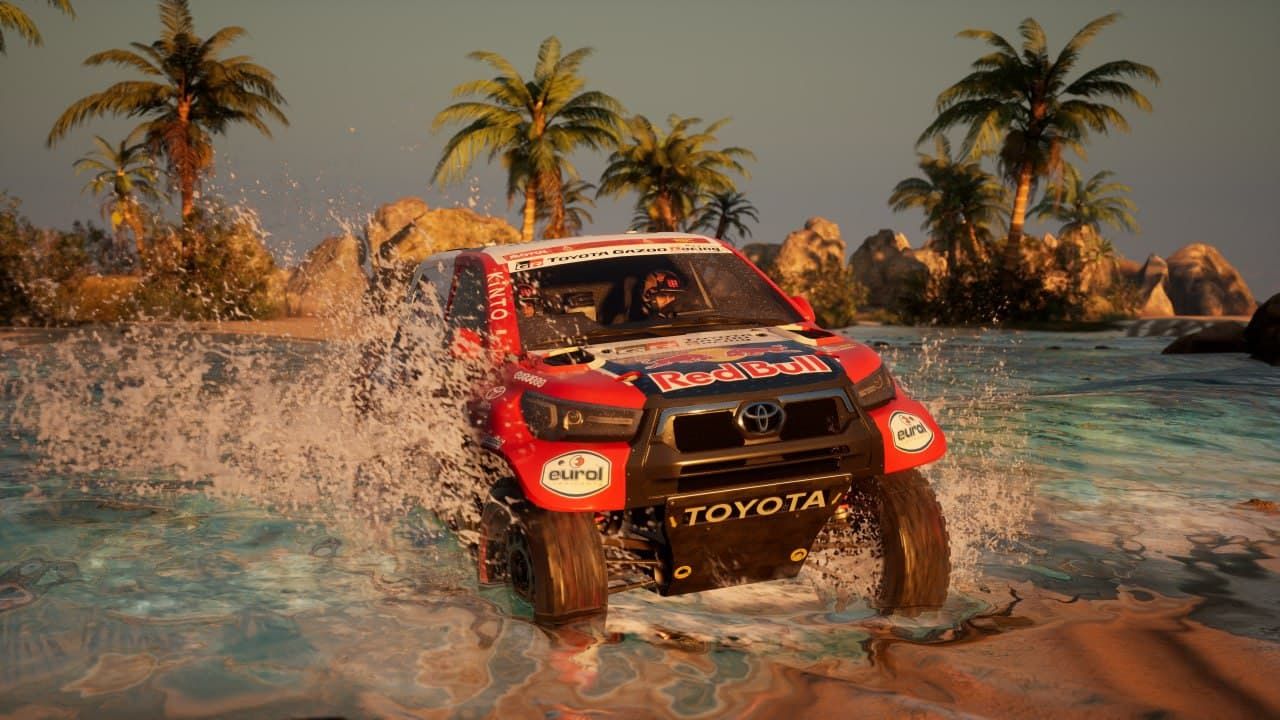 There are two main modes of racing, one more arcadey style which directs you where to go, and one more realistic style that leaves it up to your map reading skills. Neither really strikes the perfect balance. Let’s start with the professional, since that’s probably about right. It has a compass at the top of the screen, and a marker in the bottom right corner that tells you the next checkpoint is 56 degrees from north, then 134 degrees, then 122, and so on. Once you hit a marker, as well as physically seeing it on the screen, you’ll hear a noise and the marker at bottom will update, letting you know where you’ll be heading next. It’s made all the more difficult by the fact you can’t always head directly for the marker due to a tree or rock being in the way. The markers will try to warn you of this, but there’s so much to take in it’s hard to keep your eyes everywhere at once.

However, this is supposed to be the hard mode, and it gives a fitting challenge. The issue is even as the more arcadey mode offers more assistance, it doubles down on the intensity too. It’s like someone holding your hand, all while bellowing in your ears “OKAY THIS NEXT PART IS A LITTLE TRICKY BUT I BELIEVE IN YOU!”. For this version, rather than follow map coordinates, there will be a handy arrow at the top of the screen, but the announcer still, well, announces everything. There are hazards everywhere, and the game never stops telling you about them and giving you numbers for them, all while yelling “Follow trails!” which if you don’t speak desert Talley means ‘stay on the road’. Good advice, but not all that helpful.# 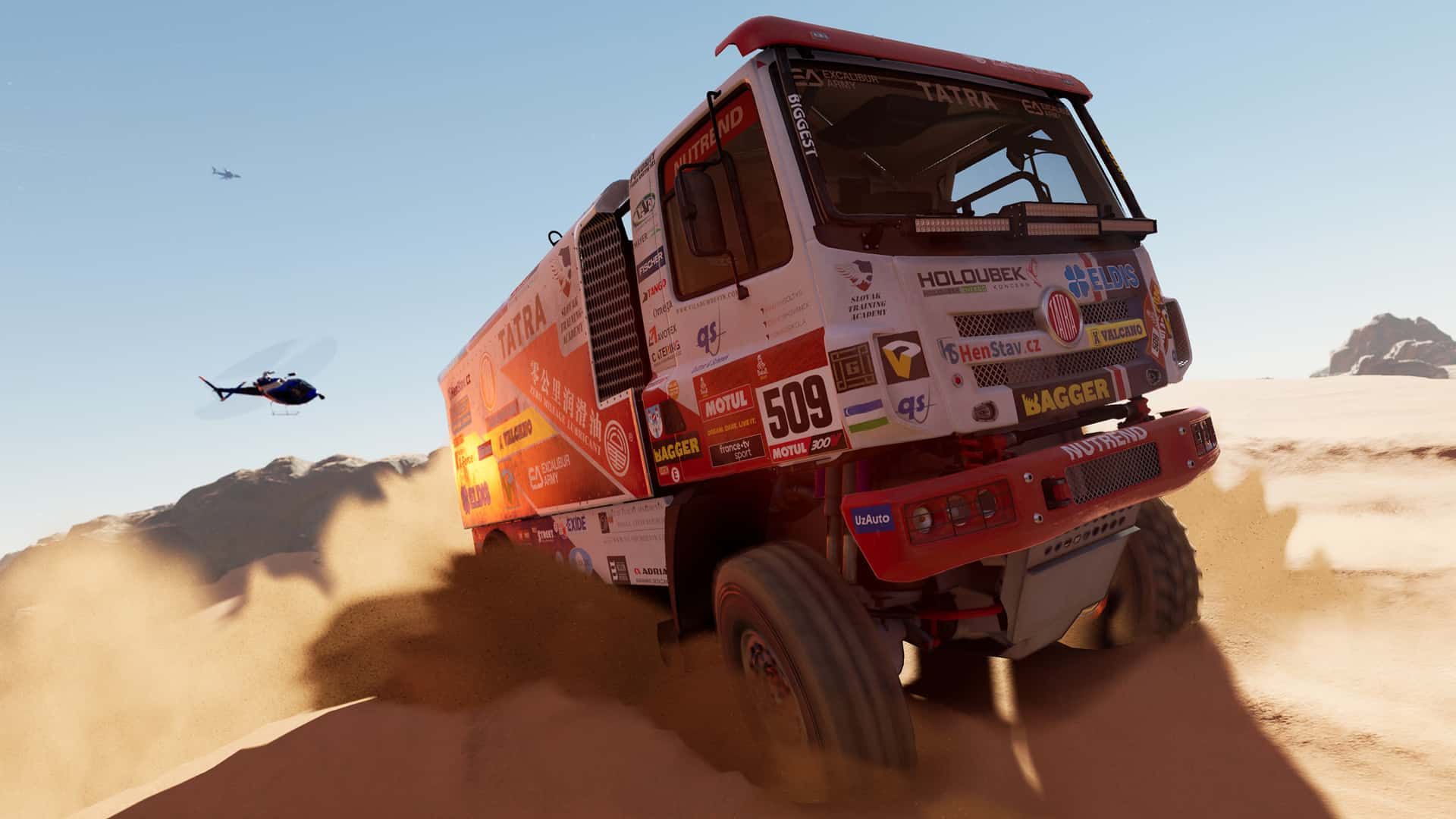 I would have liked a middle ground, something as guided as this mode but less enthusiastic in its direction. It still makes for an energetic experience, but it’s all intensity all the time. It feels like a solid entry into the rally game genre, but after playing it I needed a glass of water and a minute to catch my breath. Not to mention all the dirt I needed to wash off myself.