It would appear that everything Cyberpunk related is not having any luck in meeting deadlines this year. The tabletop RPG prequel to Cyberpunk 2077, Cyberpunk Red, also received a crushing delay over the summer, but developers R.Talsorian Games have finally announced its completed manuscript.

Posting on its website, R.Talsorian Games provided an update on Cyberpunk Red’s progress, by posting a mock diagnostic run which confirmed that the game’s design, playtesting, writing, art, editing and layout were 100% complete. The developer addressed its loyal following of choombas (Cyberpunk slang for friend) to confirm that the RPG’s manuscript had been sent to the printer, thus entering the project into the proofing stage.

Related: CD Projekt Red To Split 10% Of Annual Profits Among The Team

Giving fans a respectable amount of information about Cyberpunk Red’s road to completion, R.Talsorian Games highlighted the final procedures involved before revealing the game’s release date. After the printer gives the manuscript a thorough search for issues, a list of notes will be sent back to the developer to allow them to make changes. Once a new manuscript is sent back – and after second proofreading is completed – the final copy will be signed off and a release date will be appointed. Until then, the developer provided fans with a copy of a 2045 Night City map, which gives us a better look at the city’s layout and points of interest. 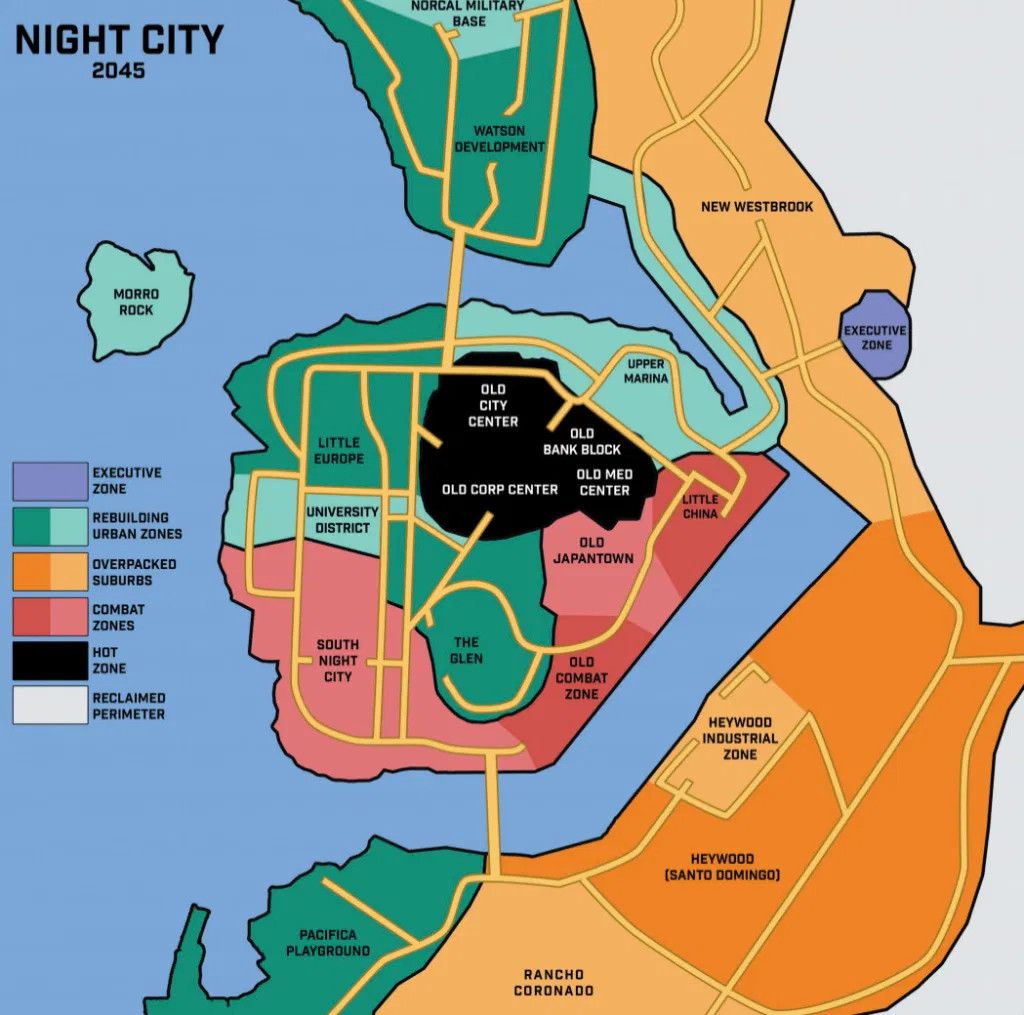 Cyberpunk Red’s Night City map is a great supplement for followers of Cyberpunk 2077, who recently encountered another map of the in-game city through a leak. The image – which shows a printed copy of CD Projekt Red’s neon underworld – details the six major areas of the upcoming action-RPG. This includes the idyllic Westbrook as well as the industrial district Santo Domingo. Both maps are nearly identical in terms of layout, with Cyberpunk 2077’s map hinting at the game’s visual style.

Cyberpunk Red is designed to bridge the gap between the tabletop and video game narratives. Helmed by game designer Mike Pondsmith, R.Talsorian Games is responsible for creating the Cyberpunk universe in the 1980s, which CD Projekt Red licensed almost a decade ago. The tabletop RPG was expected to release during the summer – a perfect way to tide over Cyberpunk 2077’s November delay – but by the looks of it, both will release simultaneously.