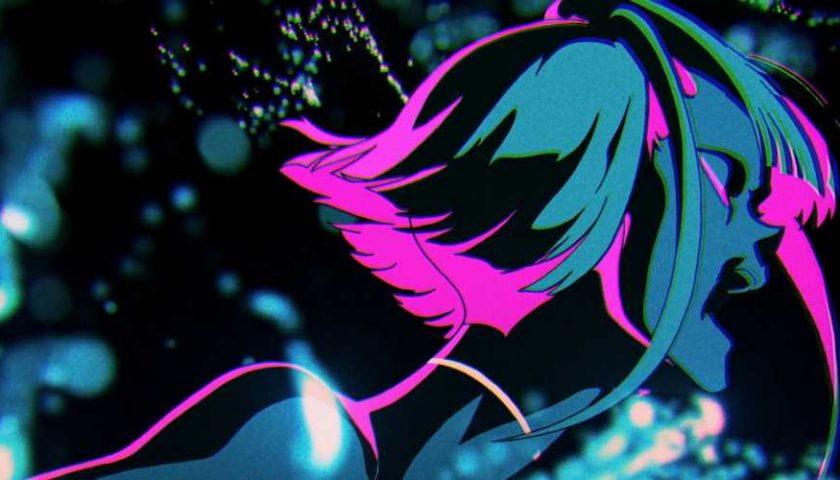 It’s been two weeks since Cyberpunk: Edgerunners was released on Netflix, and that’s just about enough time for folks to have analyzed every frame for references to the video game. It turns out there’s one that many of us probably missed, and it’s one that was just recently confirmed by the anime’s showrunner.

Executive producer and Witcher: Ronin writer Rafal Jaki confirmed this particular easter egg found by Reddit user YurBoyChris on the Edgerunners Subreddit. During the ending credits while "Let You Down" is playing, Lucy takes center stage in a series of artistic scenes. Near the end, Lucy is shown on her knees looking up before the camera pans to an exquisite pink moon. The scene looks quite a bit like The Moon, a tarot card found in Cyberpunk 2077.

"The perspective/layout and general art of the scene reminds me a great deal of The Moon tarot card and after reading the meaning of The Moon, I personally think this scene is a beautiful reference to the tarot card which is meant to describe Lucy's life and personality," wrote YurBoyChris.

There are also way more references in Edgerunners he has yet to confirm, and he even gave us a clue for one he hasn't seen on social media yet: "Where does the police come from?"

I'm fielding this one. There's another Cyberpunk 2077 reference in Episode 6: Girl On Fire, where Main says: "It's like these pigs keep appearing out of thin air for us." Which is exactly what happened with Cyberpunk 2077's police early in the game's release. Players would even take advantage of Cyberpunk’s wonky NCPD spawns to farm them for loot.

A steady stream of updates and Edgerunners has breathed new life into Cyberpunk 2077, although some still think the game hasn't quite redeemed itself. We'll see what critics are saying when Phantom Liberty launches next year.