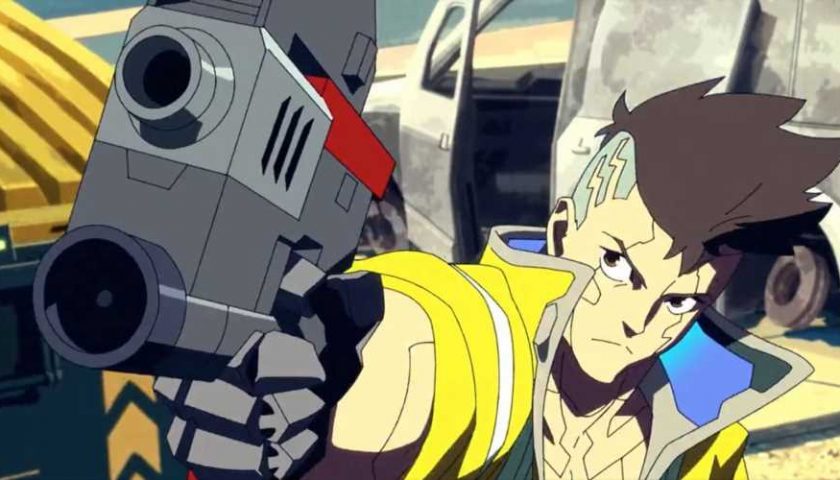 Cyberpunk: Edgerunners may have been largely inspired by the video game Cyberpunk 2077, but soon everything will go full circle with a Cyberpunk Edgerunner’s module for the tabletop game.

R. Talsorian Games, makers of The Witcher and Cyberpunk Red tabletop RPGs, have just announced the Cyberpunk Edgerunners Mission Kit, a new starter box set in Night City. The mission kit "will come with everything players need to adventure in the Night City setting of the hit Netflix series, Cyberpunk: Edgerunners," including all the essential rules and lore surrounding Night City and edgerunning.

"The Cyberpunk Edgerunners Mission Kit will guide fans of the series new to tabletop roleplaying through the process of telling their own stories in Night City," Talsorian added. "At the same time, existing players of Cyberpunk RED will get their first glimpse into the cyberware, firepower, and netrunning skills of the 2077 era."

The new starter box will be for Talsorian’s Cyberpunk Red tabletop system, which is the latest edition of the classic RPG featuring updated mechanics and new lore. It's set halfway between Cyberpunk 2020 and Cyberpunk 2077, although the Edgerunner mission kit will presumably be closer to 2077 in terms of date. The box starter is still in development, so stay tuned to Talsorian's Twitter and Instagram feeds for more details.

Cyberpunk 2077 is enjoying quite the resurgence thanks to Edgerunners, with CDPR crediting the Netflix series with pusing the game over 20 million copies sold. Edgerunners DLC helped players get further immersed in the lore of the anime, and what CDPR didn't officially release, modders are picking up the slack. Despite its popularity, however, don't expect Edgerunners to return for a second season.

Speaking of Cyberpunk mods, there's a new one where you can finally pet Nibbles the cat (provided she's awake).