The gaming community has probably heard enough for now in regards to all of Cyberpunk 2077’s bugs, the apparent upcoming lawsuit for CD Projekt, or its less-than-stellar release. So, let’s talk a bit more about the actual gameplay aspects, such as the Attribute/Perk system. V has five different Attributes they can specialize in, and each one has three separate Perk trees within.

The Crafting tree, a part of the Technical Ability Attribute, is one of the more complex systems in the game, and some of the skills players can invest in are like night & day in terms of utility. Plus, that Save file bug recently got fixed, which means abusing the Crafting system isn’t a death sentence anymore! So, here’s an inner look at the Crafting Perk Tree, and the ten best Perks in order to exploit it:

Now, let’s look a deeper look at why these are the best ten skills out of the eighteen potential options. 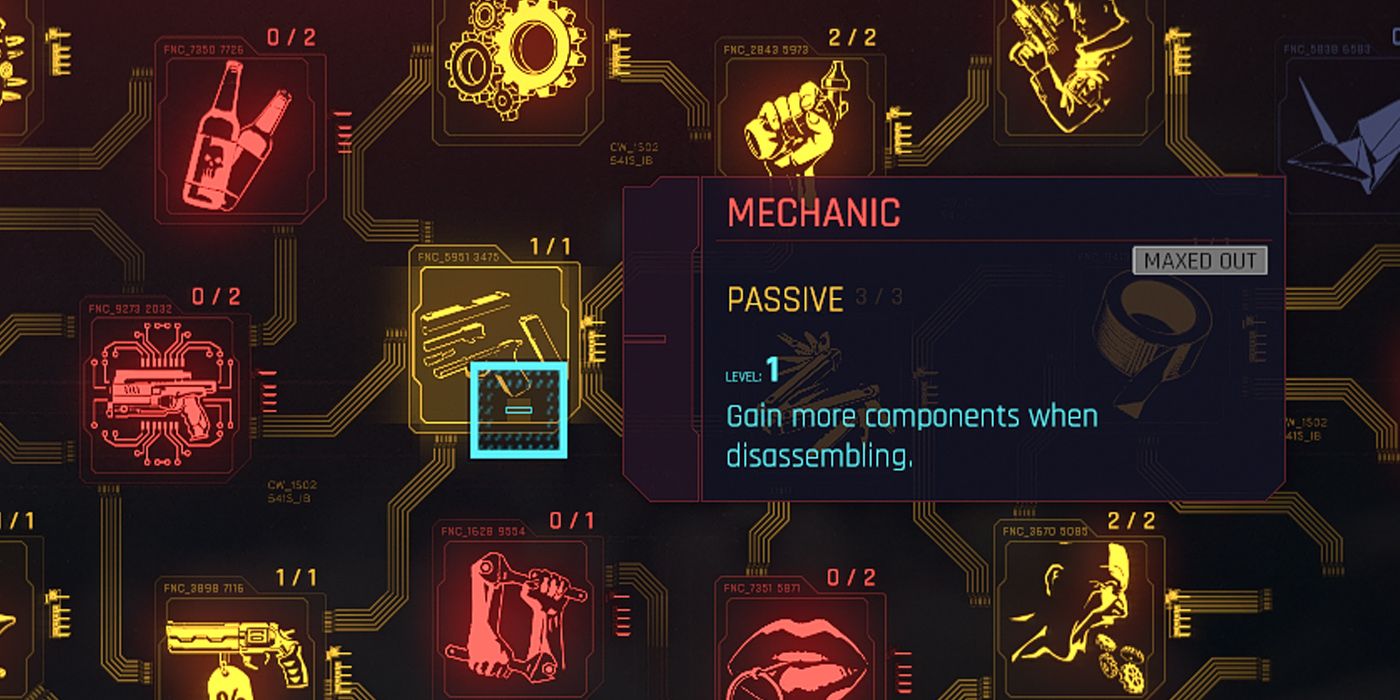 So, it goes without saying that players should grab this Perk immediately, as there’s no downside to having it. 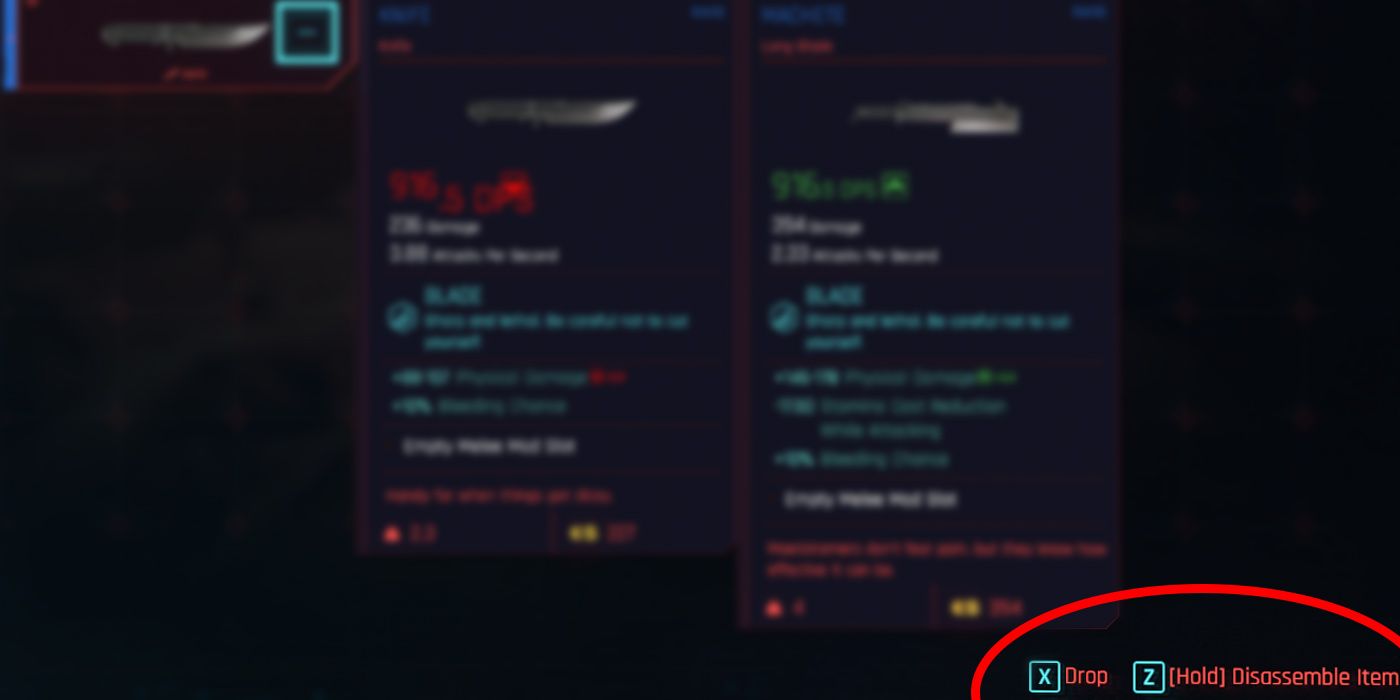 If it wasn’t already clear, V’s going to be disassembling a ton of stuff throughout their adventures in Night City, and it’s nice that each item that gets broken down has a chance to give some free components of the same rarity. With Mechanic and Workshop, disassembling an item is exponentially more worthwhile than it was previously. This is also the first Perk with multiple levels to it, so maxing it with three Perk points raises that free component chance to a tantalizing 15%. 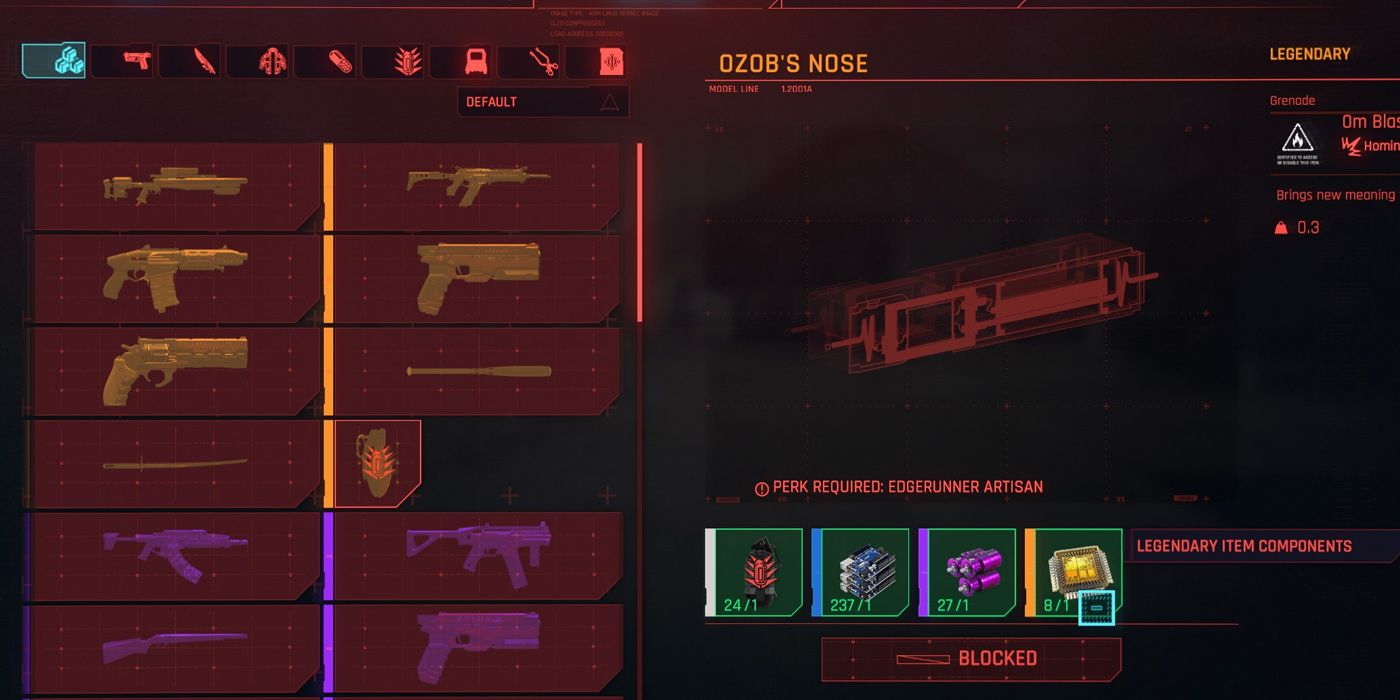 All three of these Perks are the same, they simply allow V to craft Rare, Epic, and Legendary items. They don’t unlock crafting specs, all they do is grant the player the ability to craft any items they already have the blueprints for.

V doesn’t just upgrade a gun until it ascends from Uncommon to Rare, rather, they have to rebuild the gun into the next rarity using the previous one as a base. This is why these perks are so useful, as they allow players to pick their favorite gun and keep it with them the entire game if they so choose. 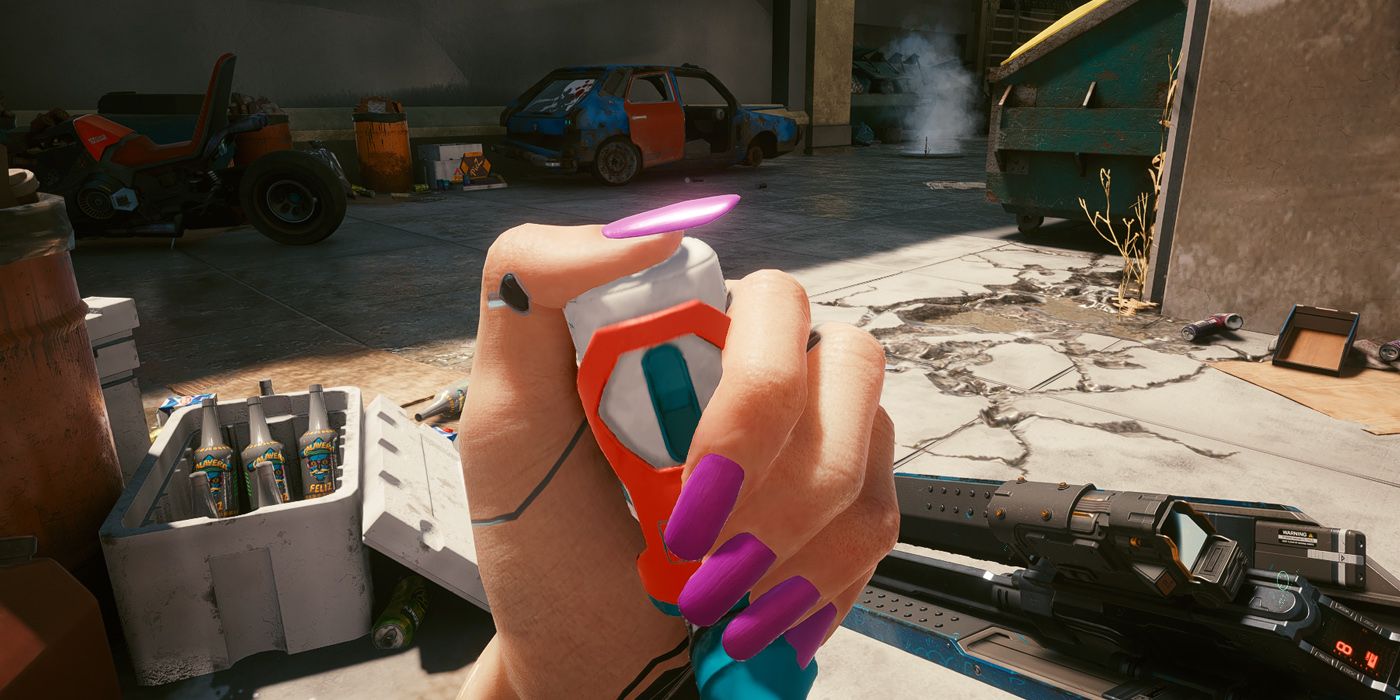 Anyone who has played more than a couple of hours of Cyberpunk 2077 knows that V goes down quickly. Even with lots of Armor and/or Evasion, some enemies can take players out in less than a clip. Because of that, players are constantly sucking down those MaxDoc inhalers or injecting themselves with multiple Bounce Backs. So, grabbing a perk that raises the efficiency of these items just seems like common sense, especially since V collects way more common consumables than they do Rare, Epic, or Legendary. 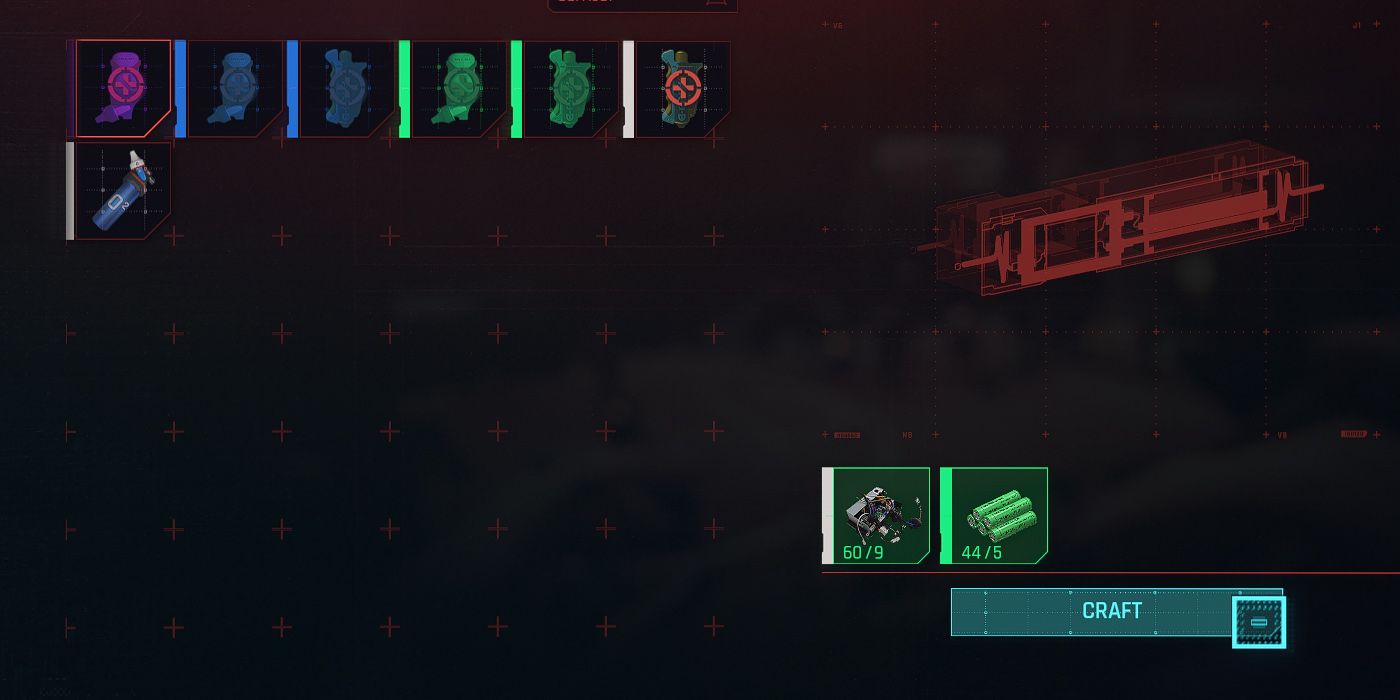 Nothing’s better than getting something for free, and that’s exactly what Ex Nihilo does. With every item crafted after investing in this Perk, V has a 20% chance to craft it for free, which is a rather high percentage. This Perk doesn’t seem all too useful at first, but once players start upgrading Components to higher rarity Components, or crafting multiple items to sell for Eddies, that’s when Ex Nihilo really starts to shine. Though, it does get very tedious very quickly, considering there’s still no option to craft multiple items at once, which is one of the biggest flaws of the Crafting system altogether. 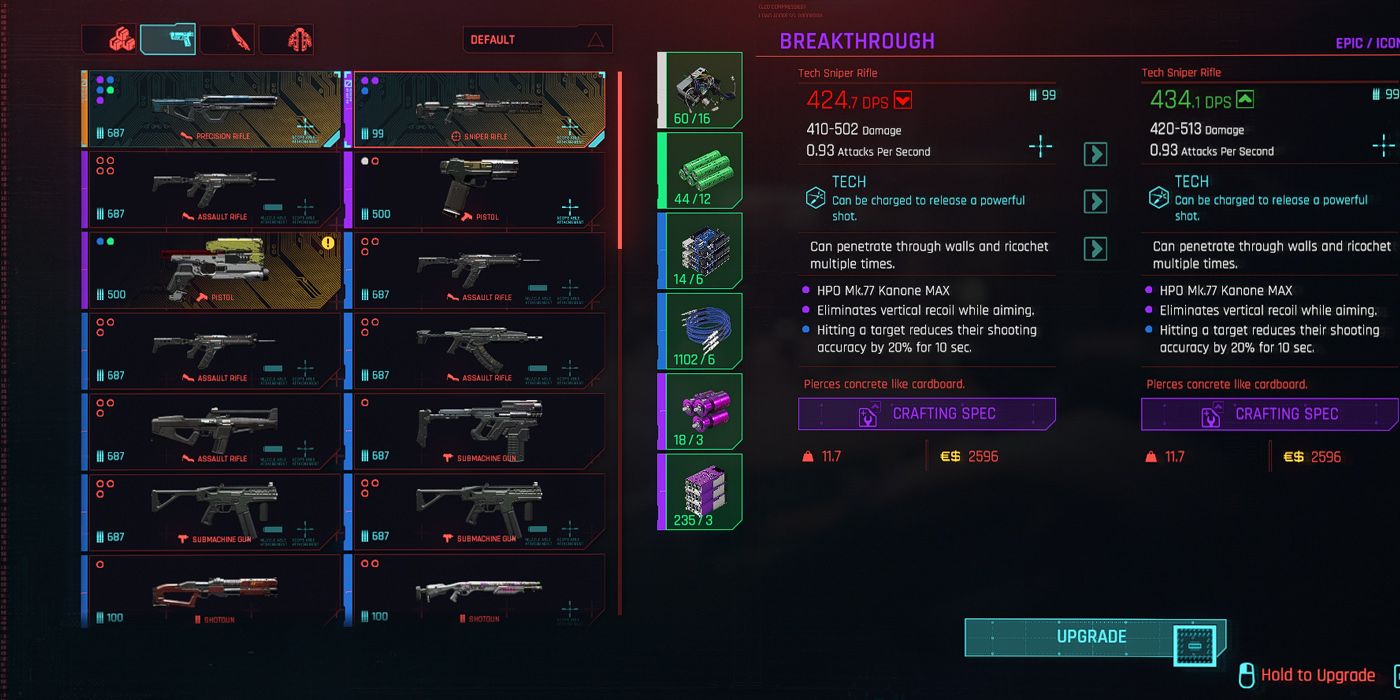 Efficient Upgrades is almost exactly like Ex Nihilo, as it gives V a chance to upgrade their items for free (rather than crafting it for free). But, upgrading, customarily, happens more often than crafting in Cyberpunk, so the percentage is a bit less with Efficient Upgrades (10% compared to 20%). Still, upgrading starts to get really expensive the more it’s done, so any chance to save resources is a chance players should be willing to take.

4 Let There Be Light! 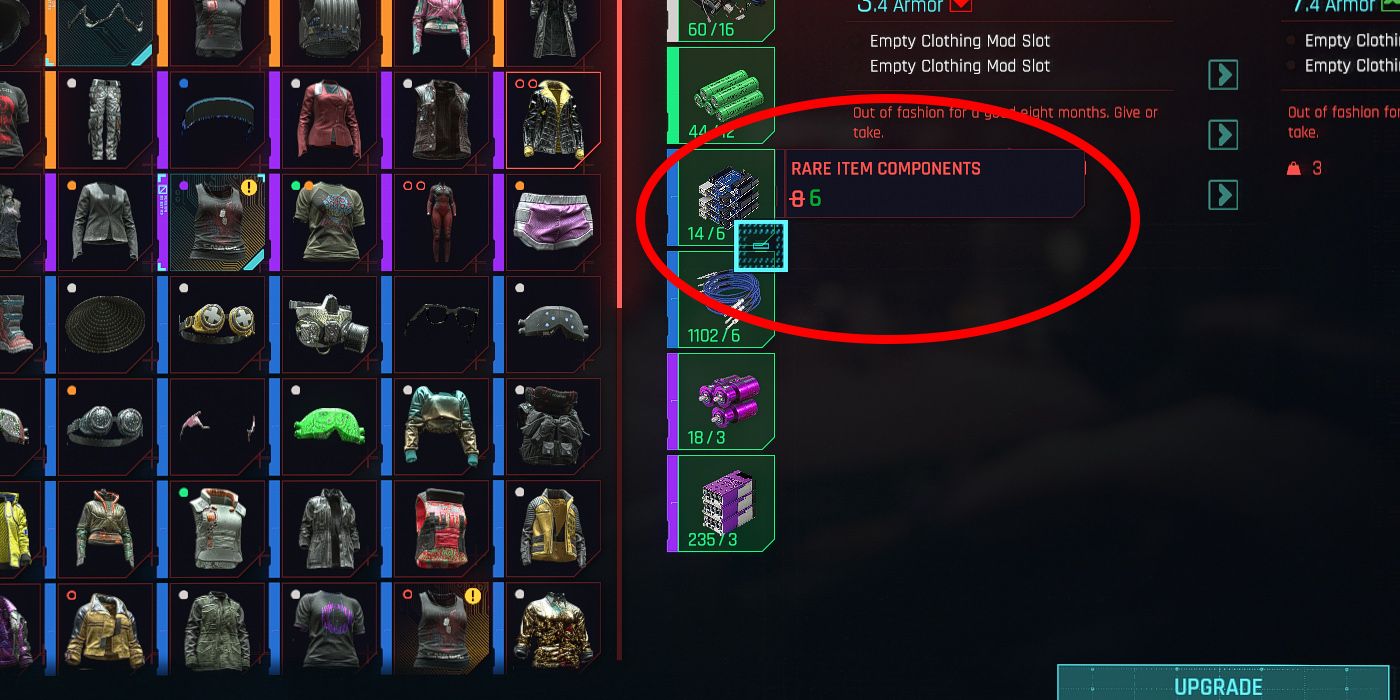 Again, this Perk is another easy grab for those using the crafting mechanics to their fullest. It reduces the cost of every single item in an upgrade by 20% (at max rank) and players can actually see how many it saved them by hovering over that specific component while on the Upgrading menu. There aren’t many of these Perks that actually affect gameplay directly, but all of them absolutely help players utilize the crafting system to its fullest. 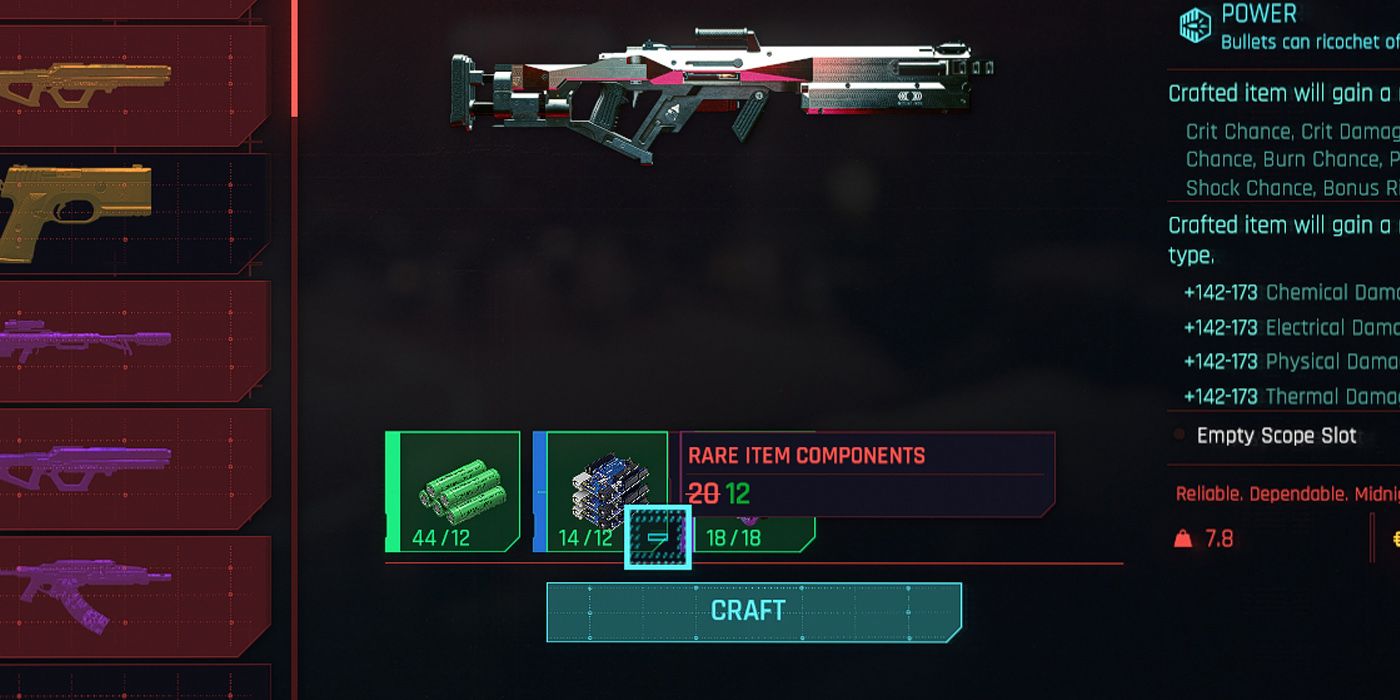 And, like Ex Nihilo/Efficient Upgrades, because Cost Optimization is focused on crafting, the component reduction is actually 30% at max rank rather than 20%. Obviously, it’s a great Perk, even if they’re all very similar in usage.

2 Waste Not Want Not 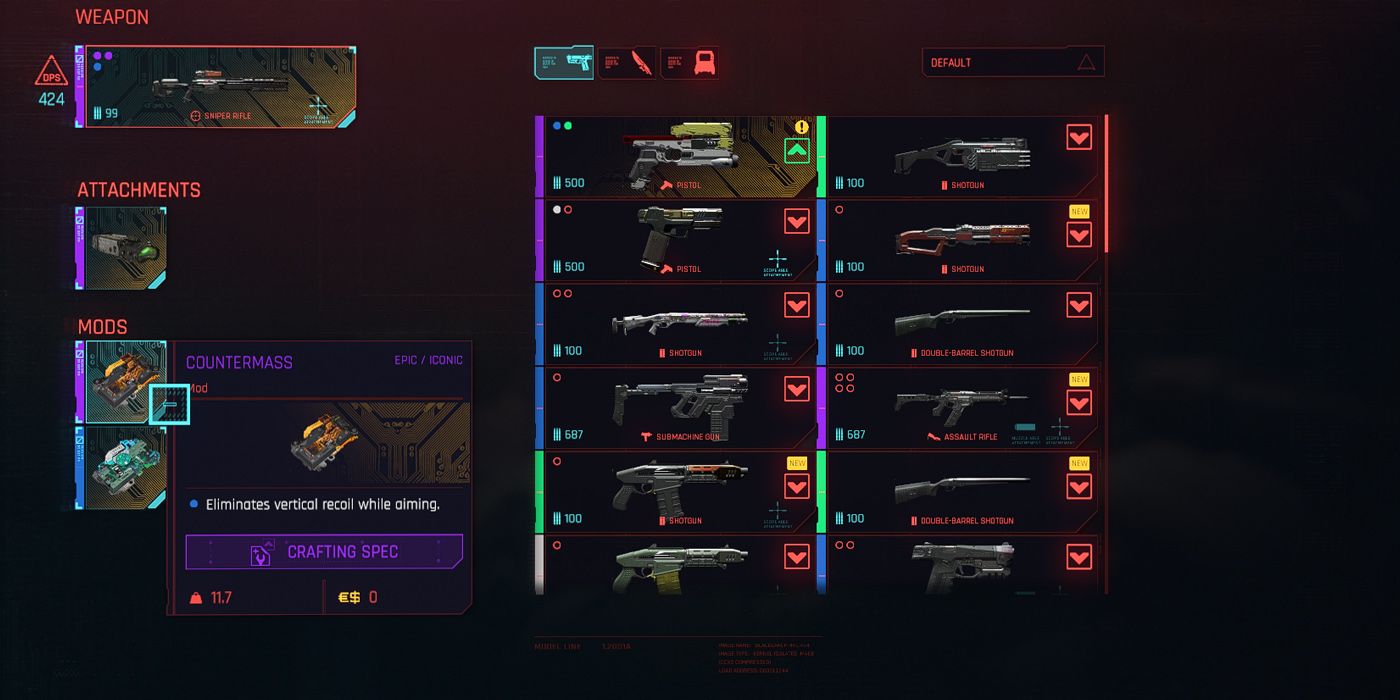 This perk opens so many doors for V, as it allows them to switch guns/gear rather often without worrying about wasting Epic or Legendary mods the gear happened to have on it. By default, once a mod is slapped onto a gun or piece of clothing, V can’t take them off, they’re disassembled along with the item. But, with Waste Not Want Not, players can actually start breaking down gear just for their mods or build up a collection of absurdly powerful modifications like Bully or Countermass. 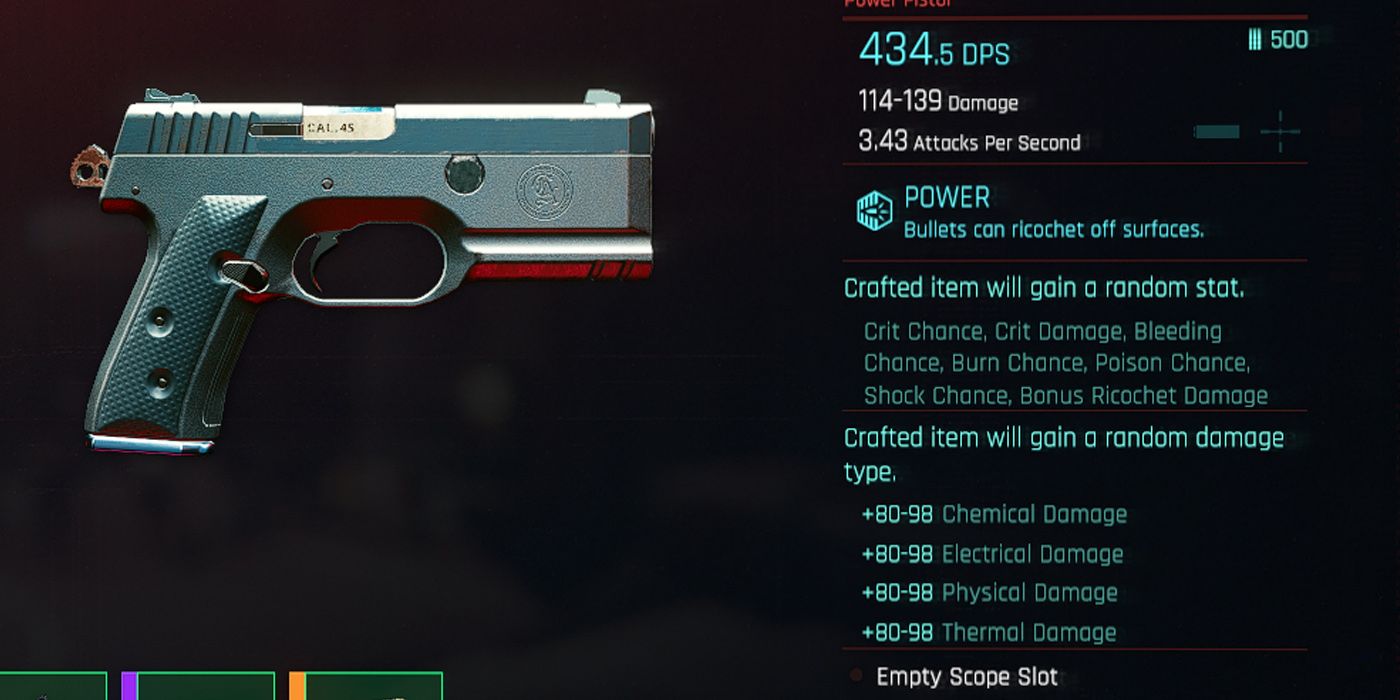 And finally, people might be surprised not to see Crazy Science on this list, which is the final Perk that’s unlocked by completing the Crafting Skill Progression. Well, if players didn’t already have the ability to infinitely craft stuff and sell it for sizeable profits, Crazy Science might worth it. But, they can, so Cutting Edge is more useful in comparison since it buffs damage rather than the sale price. Plus, quite a few of the Legendary variants of weapons have multiple damage-modifiers, so this stat actually makes a bigger difference because it affects all modifiers rather than just the final amount. 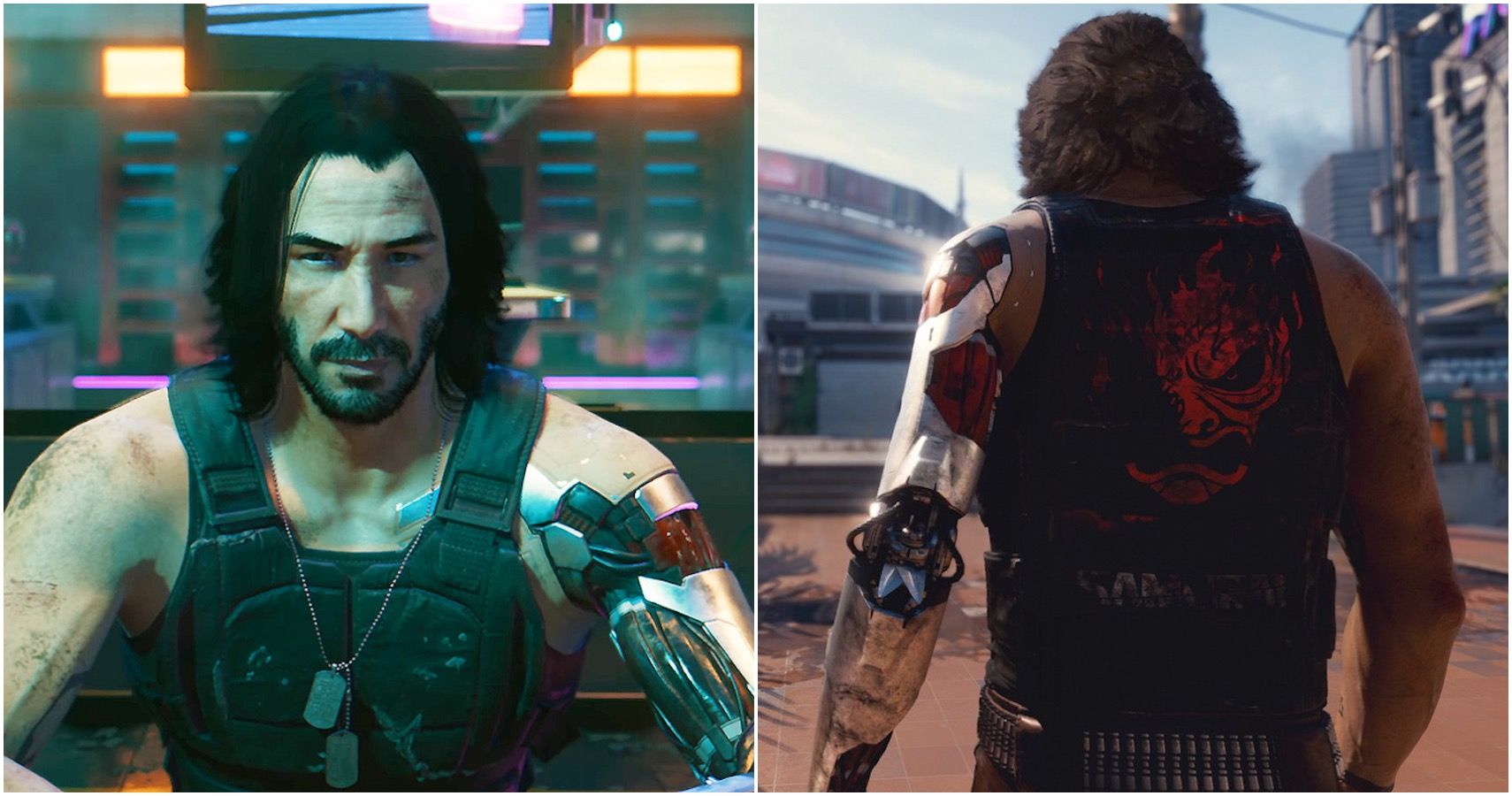