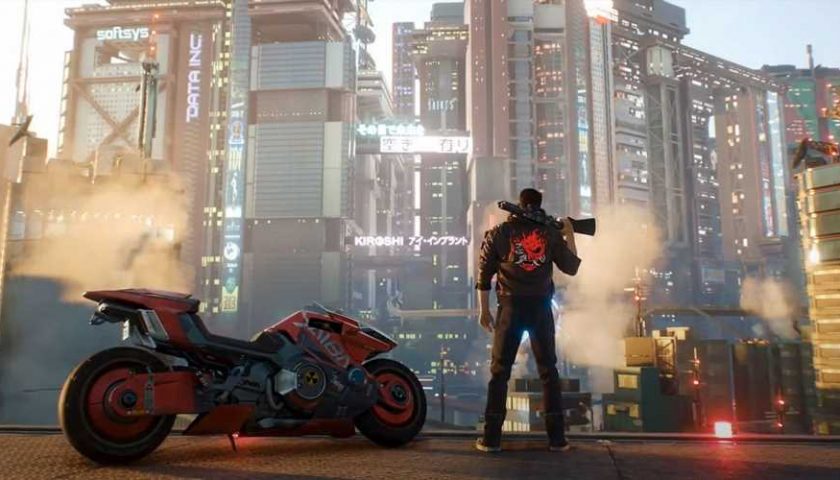 It's been a little quiet on the Cyberpunk 2077 front as of late, but don't panic. CD Projekt Red hasn't thrown in the towel on its problematic game just yet. There's still DLC to come, and if Cyberpunk's official Twitter account is anything to go by, players can expect information on what that will be and when it might arrive very soon.

The latest hint that Cyberpunk DLC is coming soon comes in the form of a reply on Twitter you might have missed for a couple of reasons (via GameRant). The first being it's a reply rather than an actual tweet that would have appeared front and center on Cyberpunk's timeline. The second is the tweet is in German. That's because it was a reply to a series of tweets that started with a post from German streamer, flo.

Flo posted a screenshot with the caption “Deutsche Witcher” which prompted a reply from the official account for The Witcher. That led CDPR designer Miles Toast to get involved. Toast previously worked on The Witcher 3, hence their reply, but is currently working on Cyberpunk, which is why the newer CDPR game's Twitter account eventually stepped into the conversation.

“Wann Cyberpunk-Expansion?” Cyberpunk's reply to Toast reads. Not the trickiest setence to translate even if you don't speak German, but it loosely translates to, “when is the Cyberpunk expansion?” If there wasn't DLC news on the horizon, it would be odd for CDPR to mention it via a tweet from the game's official account. Even if it was written in a language most of the game's players don't speak.

As for when exactly Cyberpunk's DLC will be shown off for the first time, Gamescom seems the most likely place considering the timing of the tweet. The convention kicks off on Tuesday evening via a Geoff Keighley-hosted event. There will be a lot of upcoming games showcased and new ones revealed during the presentation. Seems the perfect place to unveil Cyberpunk DLC and continue CDPR's efforts to turn the game into the juggernaut it was always supposed to be.