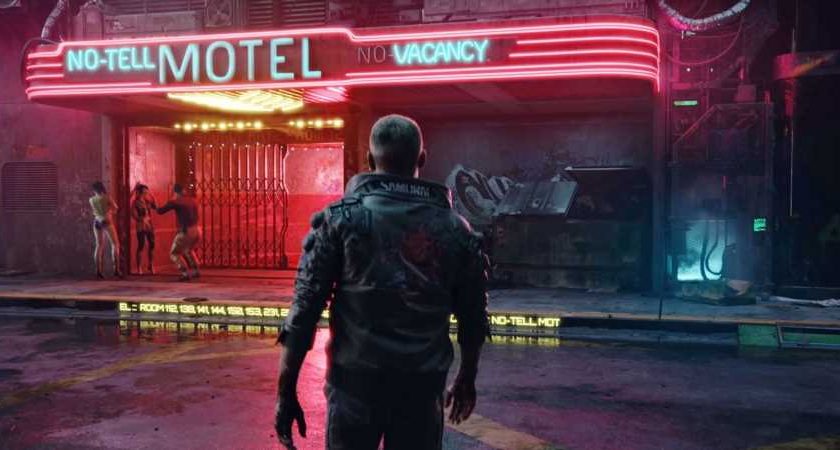 Night City was already a strange place, but this latest discovery takes the dystopian town to new heights. One player inadvertently stumbled into a cult meeting, complete with eerie music, symbolic gestures, and terrified citizens.

Posted to Reddit, the short clip gets off to a strong start. Within a few seconds the player runs into an NPC that’s holding a T-pose – an issue that we’ve seen pop up before in Cyberpunk 2077. However, as the player turns to leave, things get a little… cult-y. Moving away from the bugged-out NPC leads them to a massive atrium, one filled with spine-chilling music and dozens of T-posed NPCs. A few onlookers are even cowering in terror, unsure of how to escape from the nightmare-inducing scene before them.

You can check out the possible cult sighting in the clip below:

While I’m pretty sure this is just another fantastic bug, deep down I kind of want it to become a thing. Night City would certainly benefit from a massive cult, and it could easily be woven into a side quest all its own. Who formed the T-Cult? What is their purpose? And why is only one member wearing a cowboy hat? There are so many unanswered questions, and I need to know more.

CD Projekt Red is hard at work ironing out all these lingering issues, and it’ll be interesting to see how Cyberpunk 2077 changes in the coming months. It’s unlikely the PS4 and Xbox One versions will ever go pound for pound with PC, but there’s a long way to go until the game is anything close to what customers were promised. Personally, I’m fine with a few bugs staying here for the long-haul – namely the permanent companion bug and the above T-cult meeting.

There’s no official roadmap for upcoming patches, although the community has been asking for a bit more transparency in the development process. After what happened during the game’s release, that seems like a pretty reasonable request.

Until then, you’ll likely find several other cult meetings being held throughout Night City.

NEXT: Animal Crossing Rings In 2021 With Exclusive Seasonal Items Available Until January 15