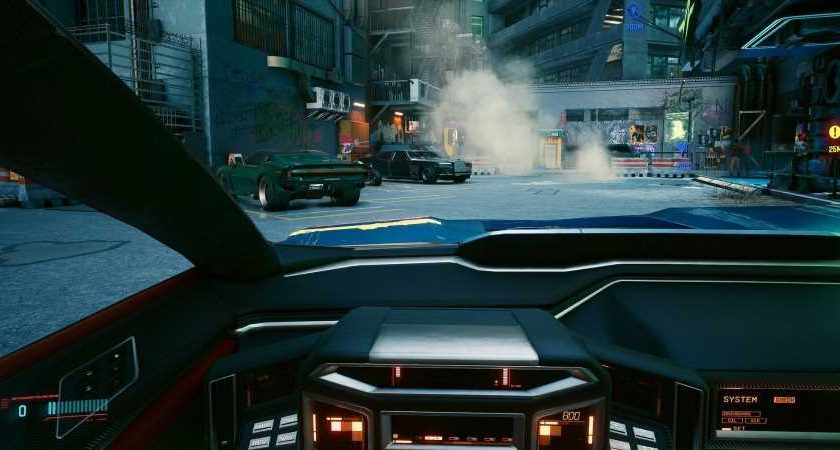 Ever wondered why driving in Cyberpunk 2077 just feels so… off? Well, modders may have the answer to your vehicle-based prayers: V is just too short.

It’s hard to un-see when you realize it, but yeah, the camera angle when you’re in first-person mode in a car is just way too close to the ground. With this vanilla camera setting, you can’t get a good look at what’s going on in front of you (and given the state of the civilian A.I., you really need to keep an eye on your surroundings).

Enter the Better Vehicle First Person mod on nexusmods.com. This adds several preset camera options when you’re in a vehicle, tilting the camera or zooming in on the windscreen a bit more. Sorry short Vs of the world, but this does make driving around Night City a whole lot safer.

On top of the improved visibility, the new angle means you can get a good look at the car’s interior, which is ridiculously well detailed.

Feedback to the mod is overall very positive, gaining a fair amount of attention on both Nexus and the Cyberpunk 2077 subreddit. Many say this is improving their experience with the game.

This is far from the only mod out there to improving your cruising experience. While various hotfixes and patches have tinkered with the car and bike controls, mods that improve handling and speed are still frequently downloaded on Nexus. Even outside of the clunky first person mode, players reported issues with the driving from day one, so it’s unsurprising to see the modding community step up.

Hotfix 1.21 went live for Cyberpunk players April 14. While this time around there wasn’t any mention of driving, it instead focused on ironing out some bugs that prevented quest completion, as well as persisting graphical glitches such as clothes clipping through NPCs.

The hotfix also appears to reveal that CD Projekt Red are going forward with plans to release the free DLC that was promised, as dataminers discovered evidence of new, unreleased quests in the game’s files.