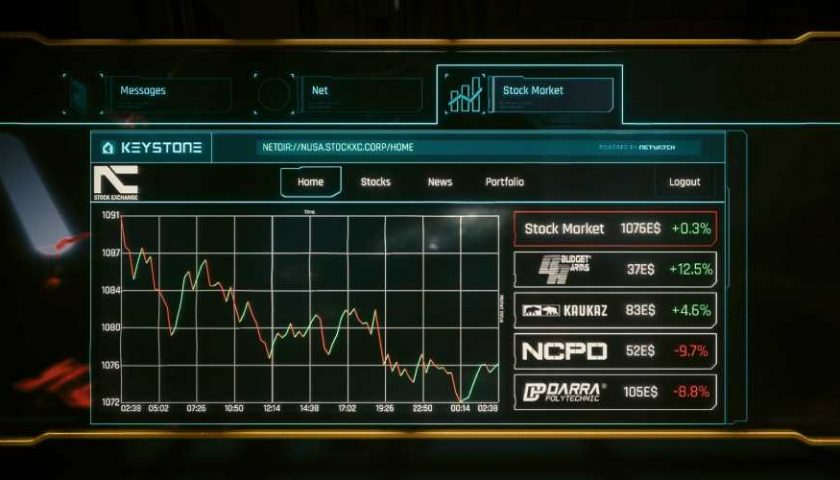 Despite all of the violence you can get up to in Cyberpunk 2077, it feels like V has very little effect on Night City. Even if you go on a daily killing spree throughout your playthrough, the city will be no worse off for it. Hell, even story decisions won't change a thing about the world, at least until the very end. Now, we have an economy mod that fixes this, making the world feel much more alive.

Stock Market and News System, a mod from Nexus users keanuWheeze and scornthegreat, implements a totally new mechanic that reacts to your actions throughout the game. The fully interactable stock market will allow you to invest in the various megacorps you encounter in the game, with their value rising and falling depending on where you are in the story, and who you kill during your time in Night City.

With this mod, there will be 33 different companies you can invest in, with V able to influence their value through a variety of means. Some will change depending on guaranteed story events, such as Arasaka going down after The Heist, and Militech going up – just as the latter would have been hoping. 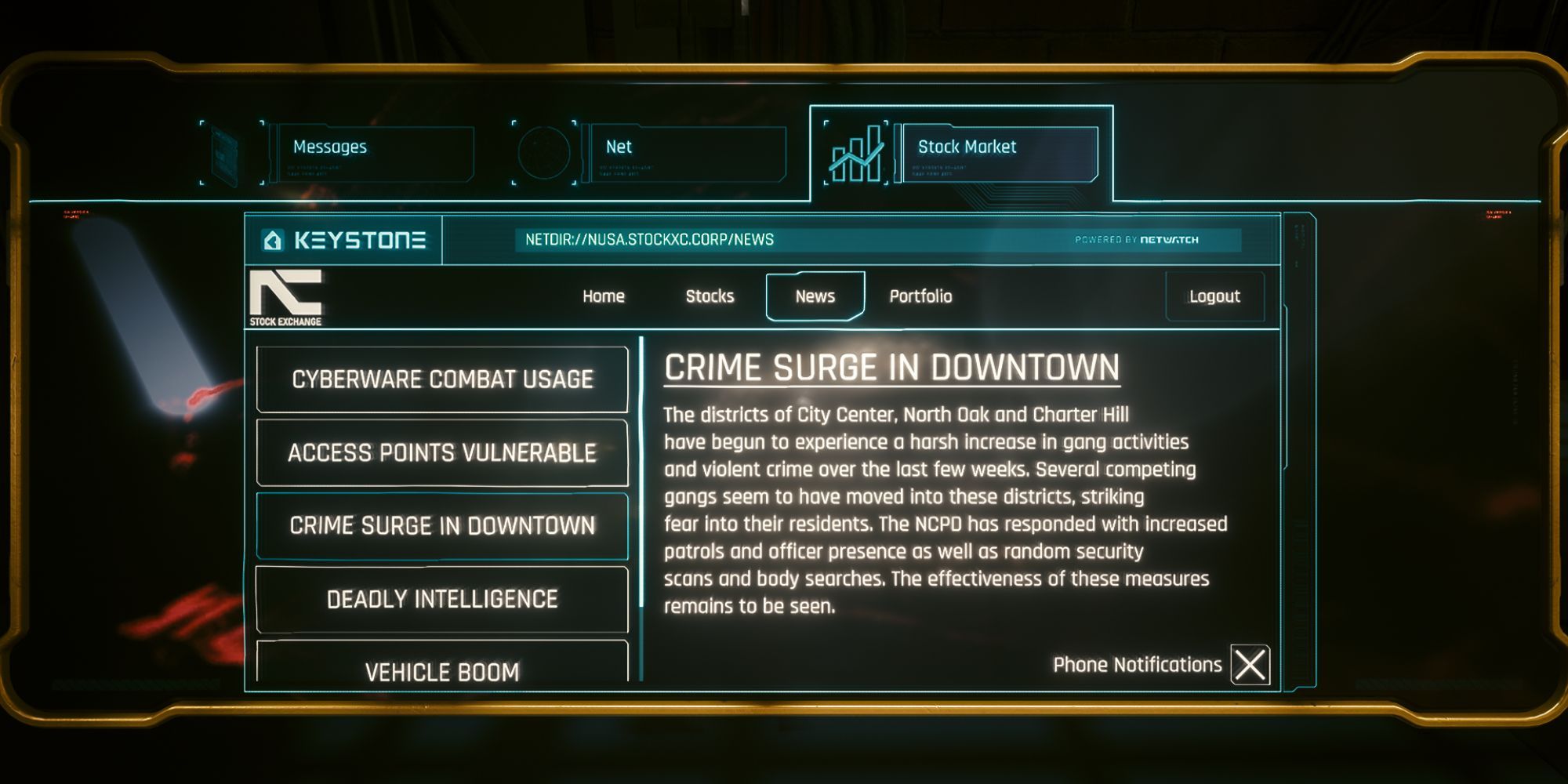 Otherwise, you can bring a company's stock price down by killing NPCs belonging to that faction, including police officers. Getting even more creative, shares in Delamain will actually go up if your driving causes a lot of car accidents, suggesting many are opting for an A.I.-driven taxi to save them from the menace that is V behind the wheel.

Of course, this means you can play the stock market strategically. If you're about to take a gig that benefits Militech, then it's probably worth investing in them while the price is lower. You can then cash out when you think your actions are going to hurt the business, allowing you to always stay on top. Yes, it's all very illegal, but so is most of what you do in Night City.

Even if you're not into playing the stock market, the mod also introduces news alerts which give you a rundown of how your actions are affecting Night City. All in all, the mod makes the world feel much more alive, dynamically reacting to what you get up to in it.