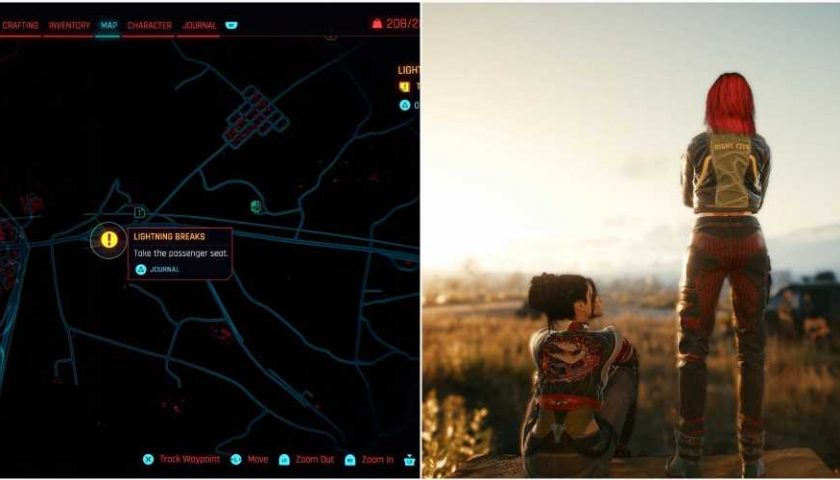 Panam Palmer is one of the most layered and interesting characters that Cyberpunk 2077 developer CD Projekt Red has ever brought to life. Her time in the game begins in a number of main jobs, before branching into a series of action-packed side missions.

If you wish to get access to these side jobs, you will first have to complete Lightning Breaks, a mission that sees V and Panam cut the power from the whole of Night City, as V searches for a cure to their condition. Here we will go over everything you need to know about this quest, from how to start it to its rewards. 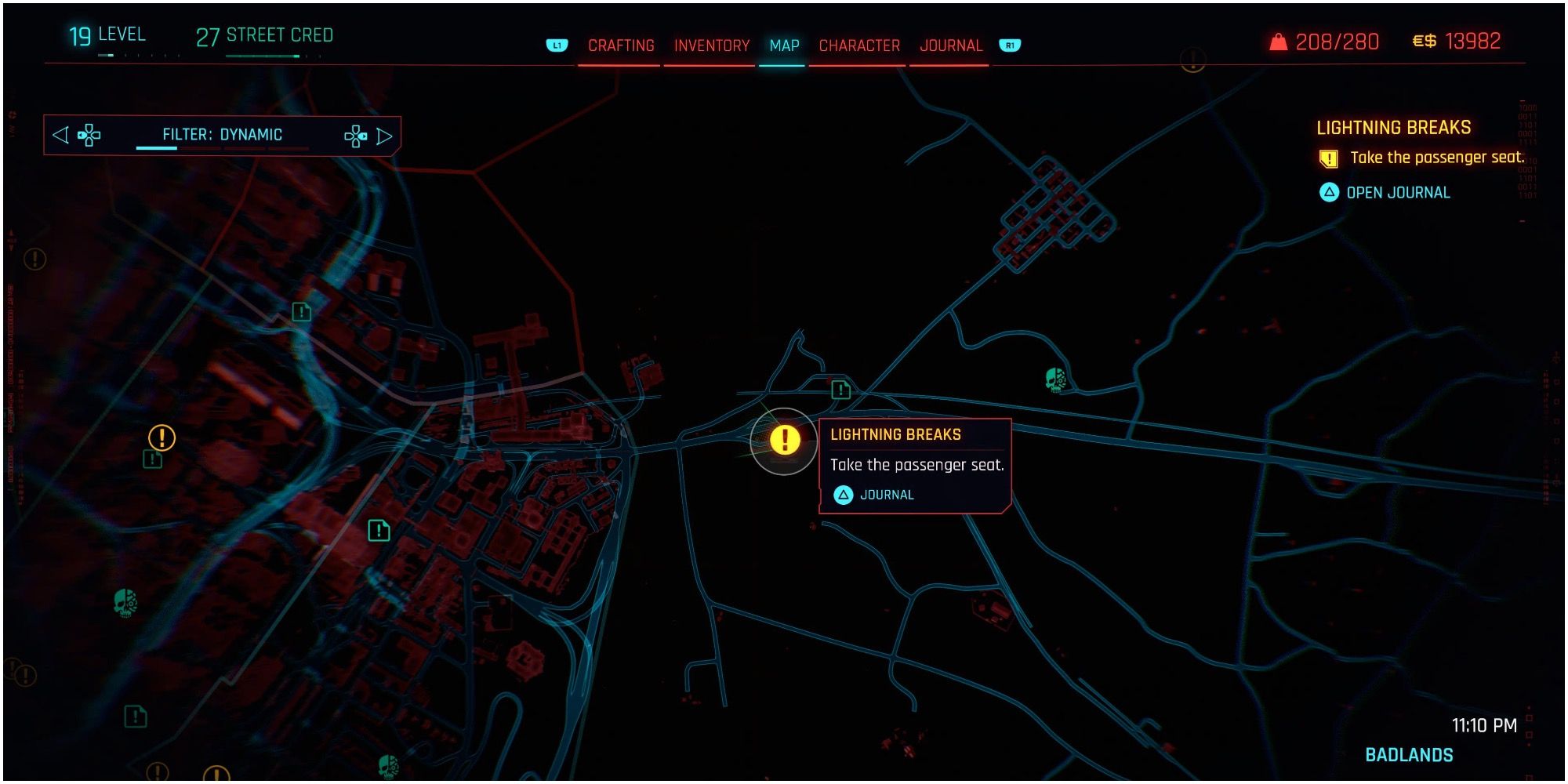 Having completed the Main Job titled “Ghost Town” head over to the Sunset Motel on the outskirts of Night City. Once there, make your way to the Gas Station.

If it is the evening, Panam will be there waiting for you; if not, wait for her by the entrance till midnight.

Panam will be working on her car, offer your help and then discuss the plan. She will then outline how she plans the down the AV. With that, agree to set off to begin the mission in earnest. 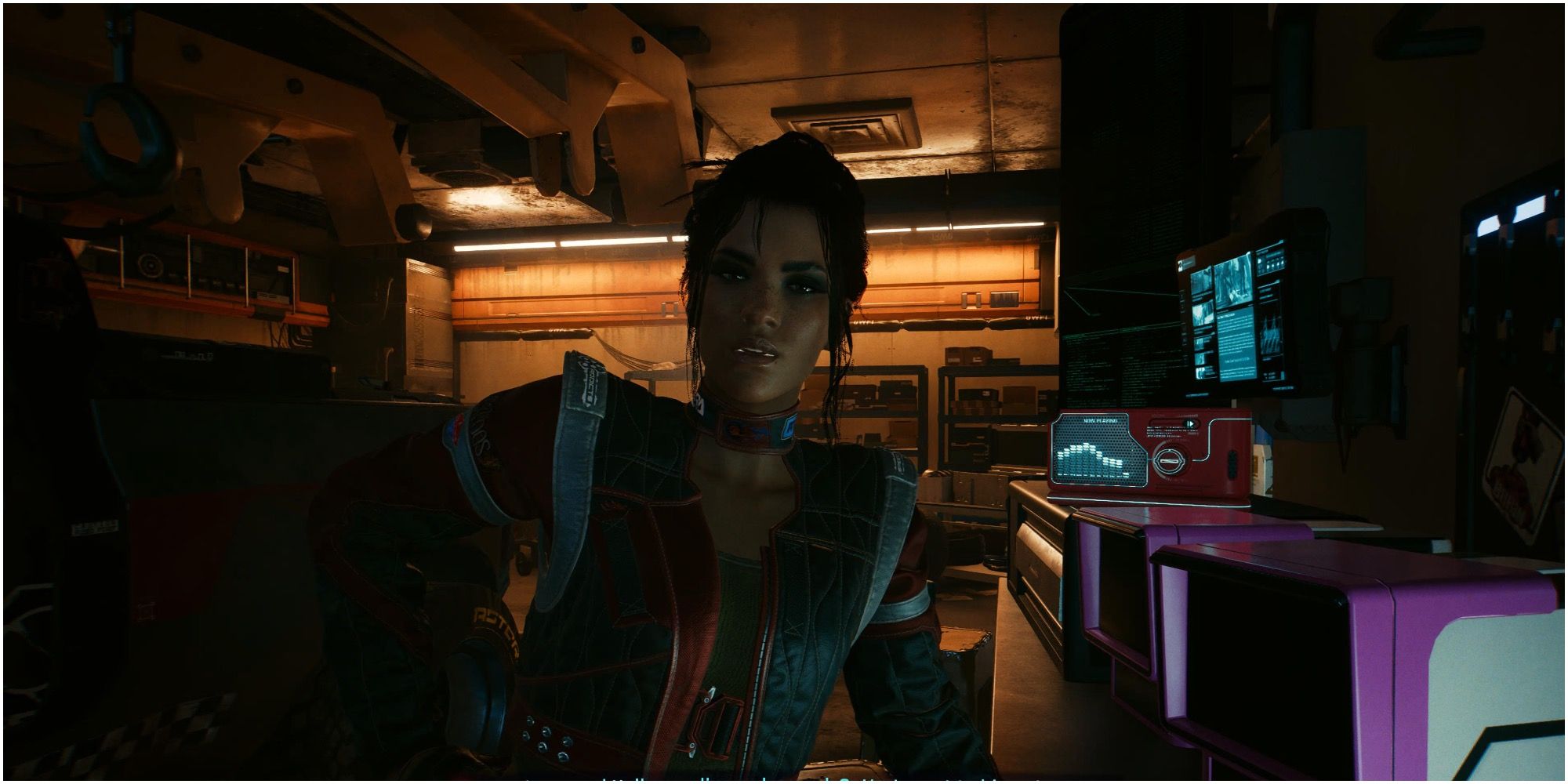 Having agreed to set off on the mission with Panam, you will now have a chance to get to know this rebellious nomad a bit better. A series of dialogue choices will appear before she asks you to connect to the car to use its turrets.

Johnny will not be too happy about this, warning that this could expose him to Panam.

As you try to connect, Panam will warn you that your cyberware has a virus. If you have a high enough technical ability, you can successfully lie your way through the conversation.

Don’t worry, your choices here should not affect any attempt to romance her. 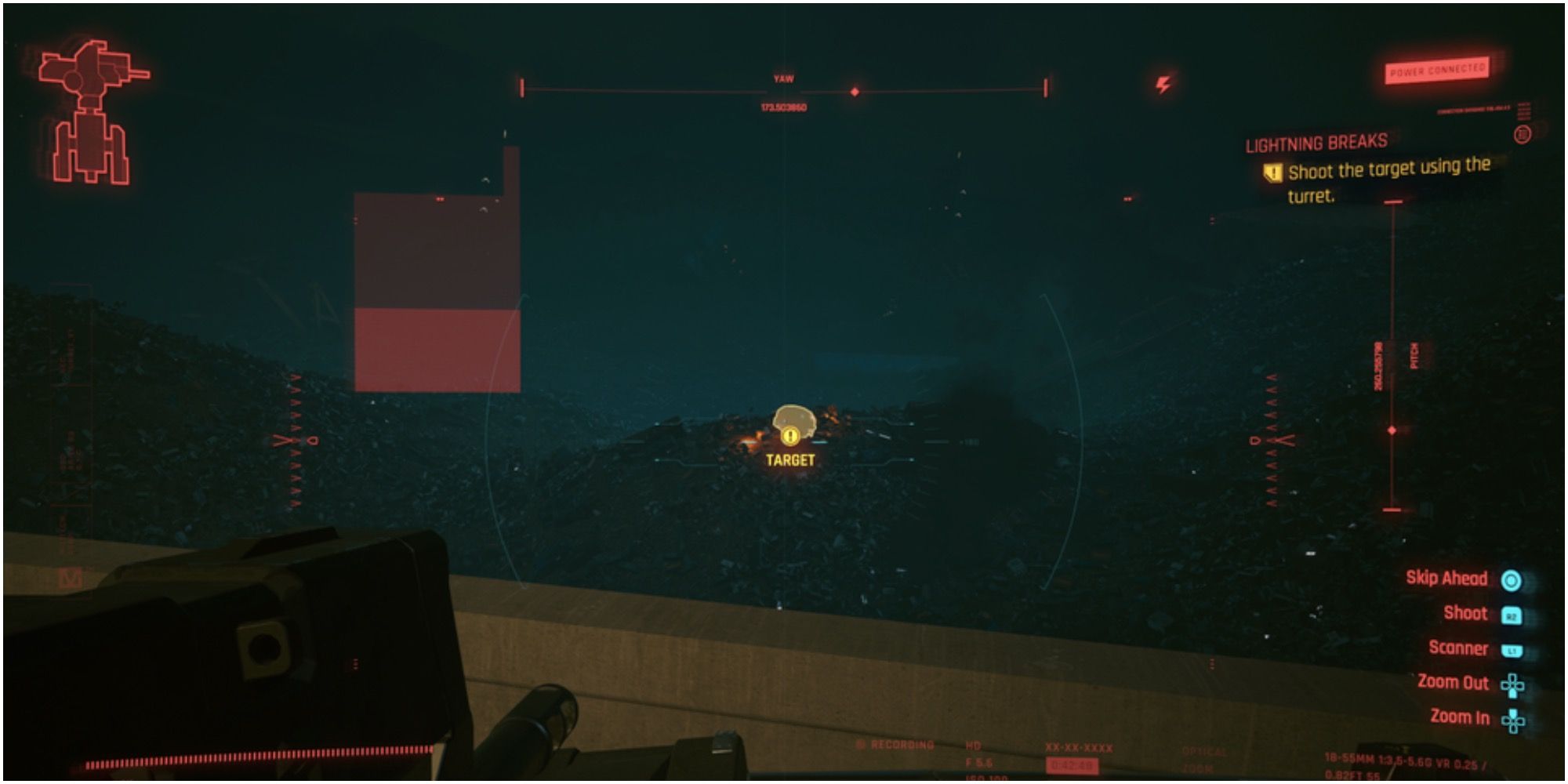 Now you are connected to the Turrets, Panam will walk you through each firing method so you are not confused when the real shooting starts.

There are three different targets to shoot, each will be outlined on your scanner. Shoot the first however you please, the second with one shot, and the third with a longer barrage of bullets. With that, the calibration will be complete and, after a brief chat with Johnny, Panam will continue driving toward the power station.

Breaking Into The Power Station 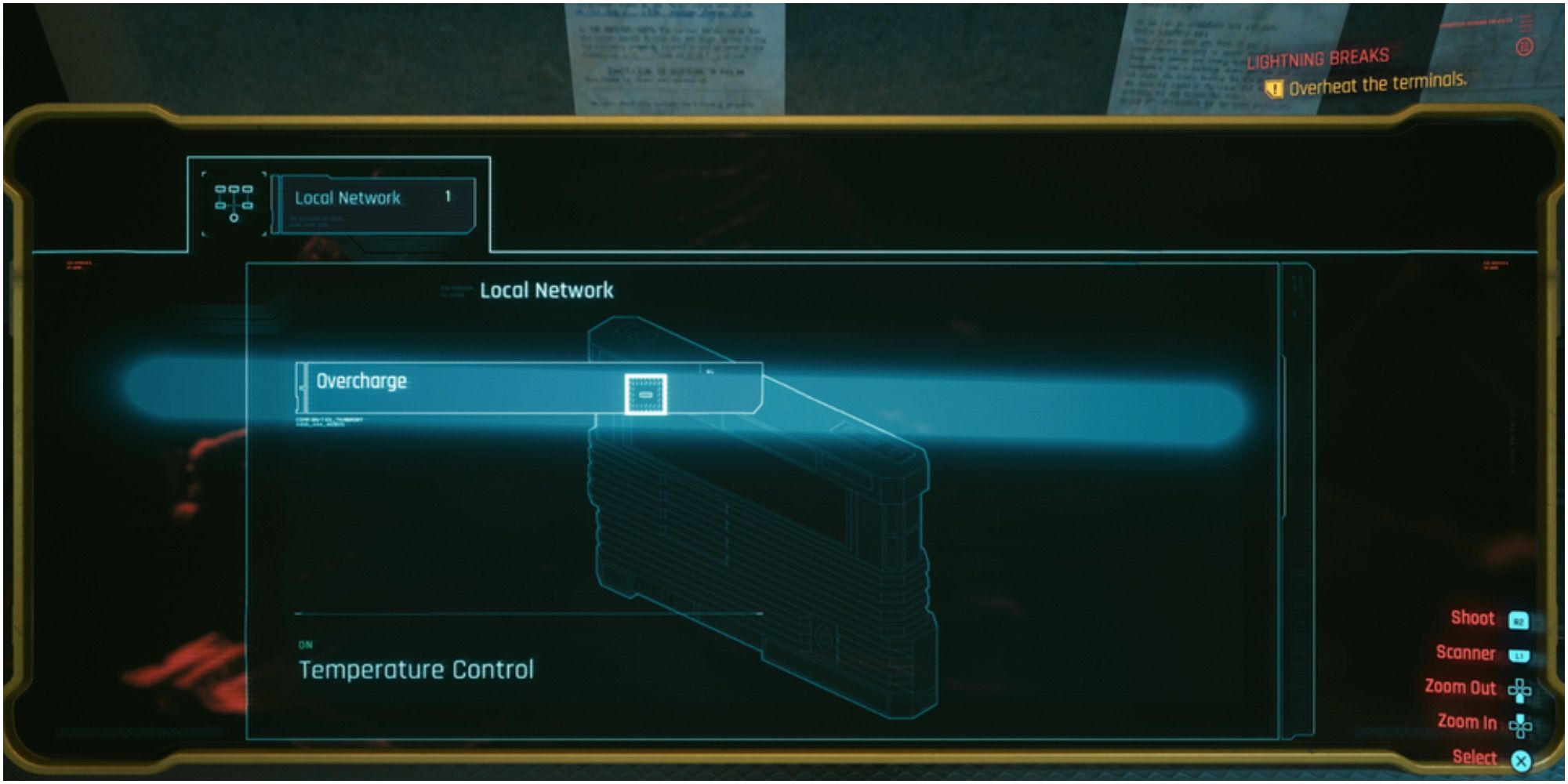 It is now time to take out Night City’s power grid. After a quick drive, you will be jacked back into the turrets and need to shoot down a series of drones; this should be simple enough as they are quite squishy.

Once the drones have been disposed of, you will need to overheat the station’s reactor. This is a simple task; Panam will crash through a wall into a room. On your map, you will see three markers, each a different terminal.

Head over to each and choose the option to overcharge them. V will appear to be hurt, but this is just for 'cinematic effect'. Once all three of the terminals have been overheated, jump back into Panam’s car to begin the final stages of this mission.

Taking Down The AV 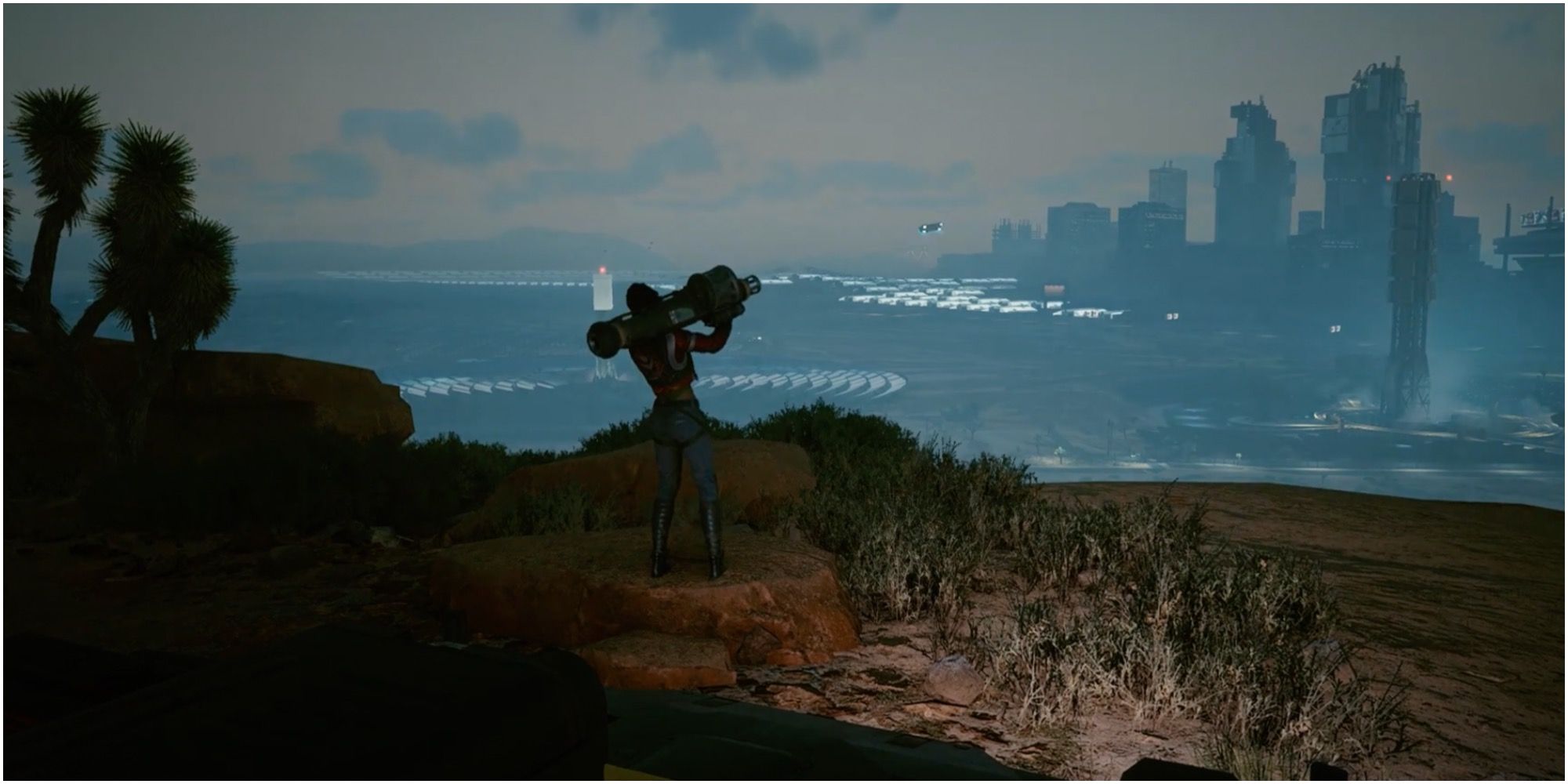 This section is essentially a cutscene and does not require too much interaction.

Once you and Panam arrive at the cliff, she will hand you a detonator and tell you to press the button on her mark. Eventually, you will see the AV begin to fly overhead. Press the detonator in the time given.

Despite your efforts, it will take a few attempts before the explosives actually work, and even then the AV will not fall. Having seen enough, Panam pulls out a rocket launcher and fires at the AV, sending it hurtling toward the ground.

As the AV’s security fast approaches, you and Panam will get back into the car. Following this, you will be quickly segwayed into beginning the next Main Job, titled “Life During Wartime.”